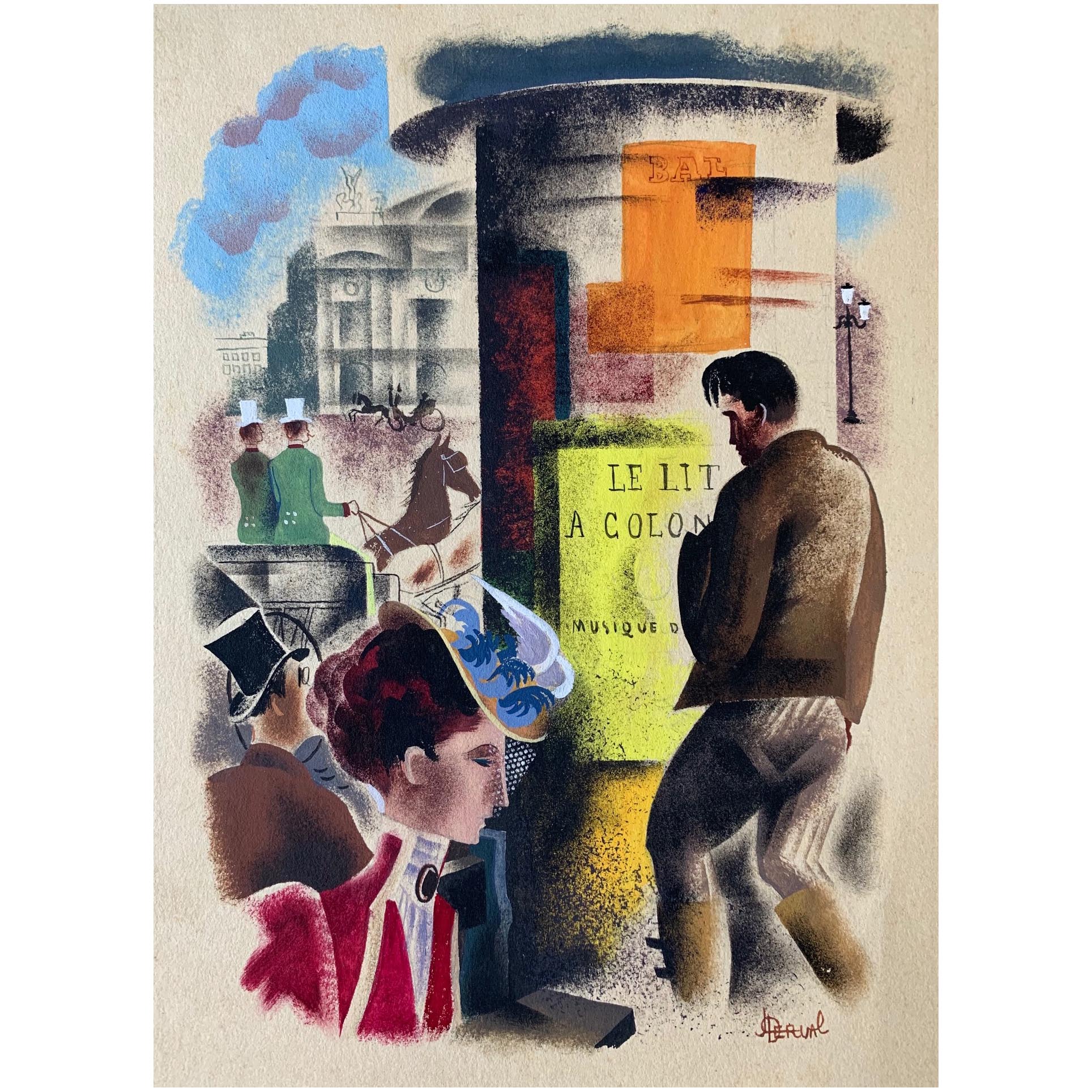 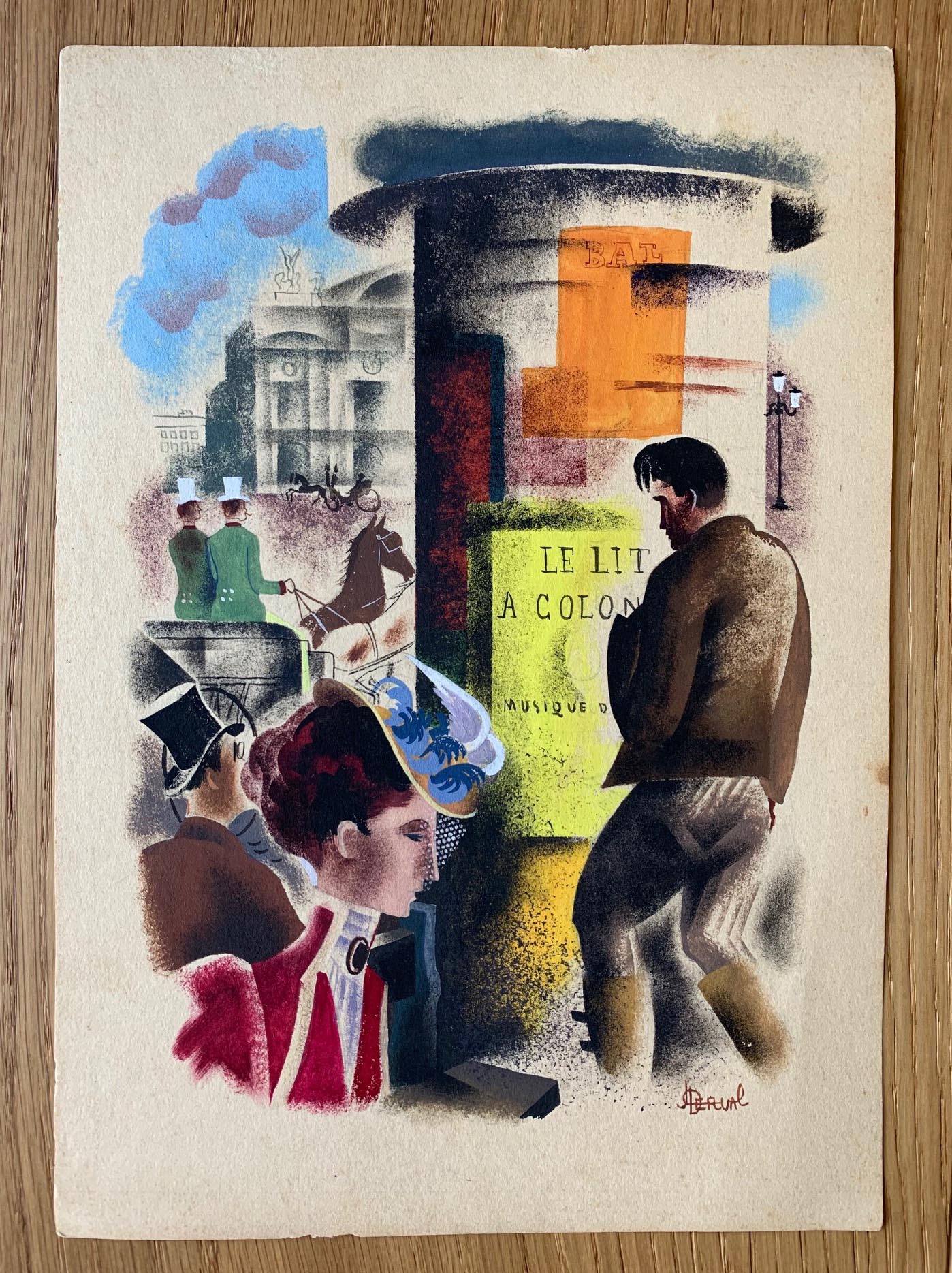 Jean Derval (1925 – 2010): The City Square – An original vintage illustration, possibly for a book, featuring a stylised scene of an Edwardian era figure in a city square (possibly Place de l’Opera, Paris), circa 1940s. The painting is in gouache on paper, and bears signature to lower right artwork.

Derval initially trained as a poster artist and Graphic Designer at the School of Applied Art in Paris. We believe this Jean Derval City Square illustration was produced during this period.

JEAN DERVAL (1925 – 2010): The Piano Lesson – An original vintage illustration, possibly for a book, c. 1940s
VINTAGE FASHION: An original 1940s/ 1950s French fashion advertising poster for Suroit Trench Coats
This website uses cookies to ensure you get the best experience on our website. Find out more