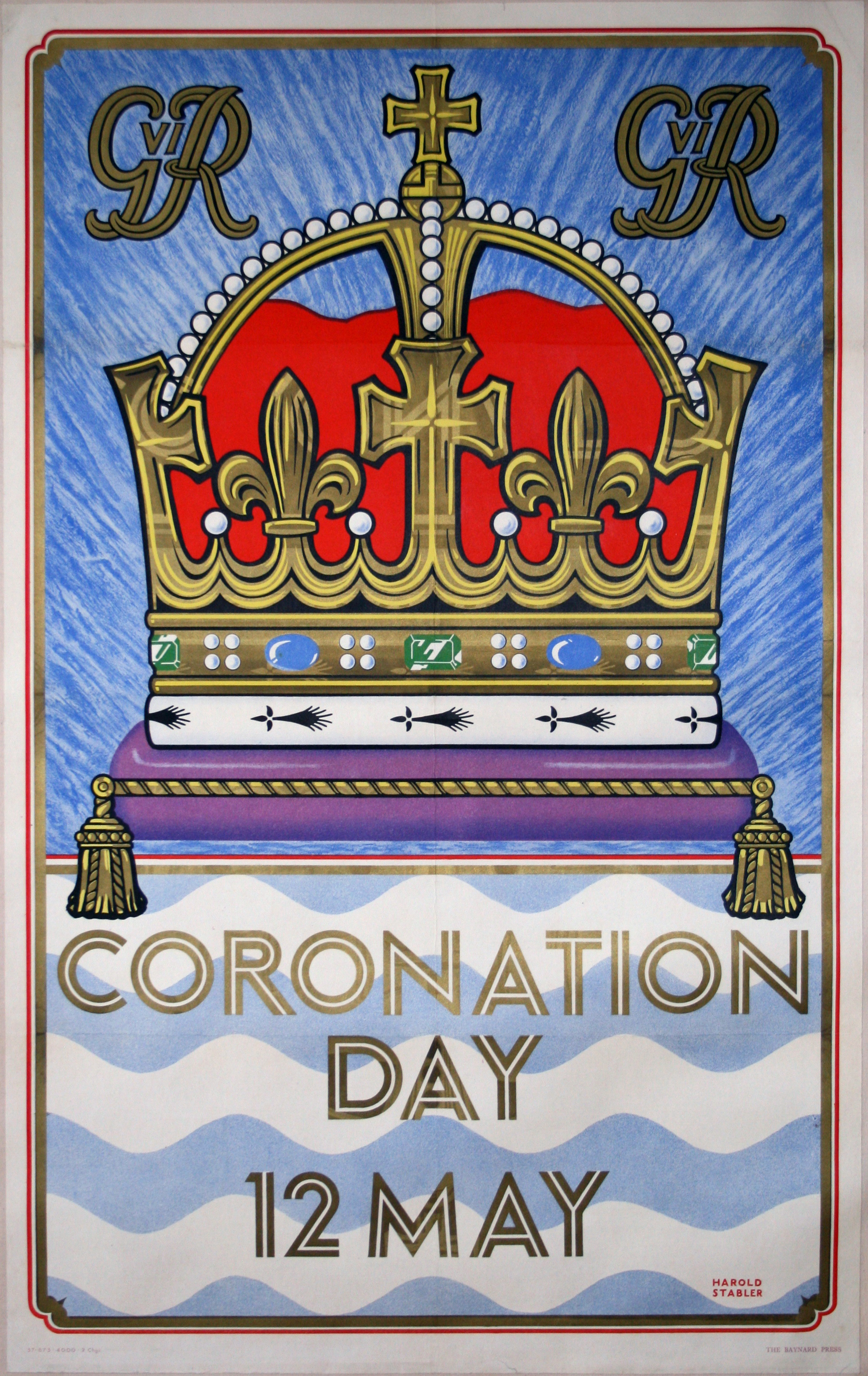 Harold Stabler was a designer, ceramic artist and metalwork designer.

During the 1920s together with his wife Phoebe joined forces with potters Truda & John Adams and the Carter family to form ‘Carter, Stabler, Adams’, the ceramic manufacturing company that later became ‘Poole Pottery’.

Harold Stabler produced poster designs for London Underground from 1923-1937. He was a founder member of the Design & Industries Association along with Ambrose Heal and Frank Pick.

A copy of this poster is included in the London Transport Museum collection.

To read more about the artist and view further examples of his posters see London Transport Museum:

The Coronation of King George VI

Edward VIII ascended the throne in 1936 after the death of his father King George V. Edward VIII’s desire was to have no coronation ceremony at all. He was however convinced to have a small ceremony with some elements from previous coronations removed. With Edward VIII away during his early reign his brother, the future King George VI joined with the Coronation Committee to assist in planning. By 1936 and subsequent to the abdication crisis plans continued as before, only now for King George VI. As a show of strength and importance of the monarchy the 1937 coronation reinstated the elements Edward VIII had wished to remove such as the procession.

This poster highlights the importance of the day – bright, impactful and informative. Ensuring that the general public were aware of the date and embrace their new monarch.

For further items relating to Royalty and Coronations see our store:

LONDON UNDERGROUND MAPS: An unusual original 1934 London Underground map
MID CENTURY FURNITURE: A pair of Pastoe SB11 dining chairs, designed for Pastoe by Cees Braakman, circa 1950s
This website uses cookies to ensure you get the best experience on our website. Find out more