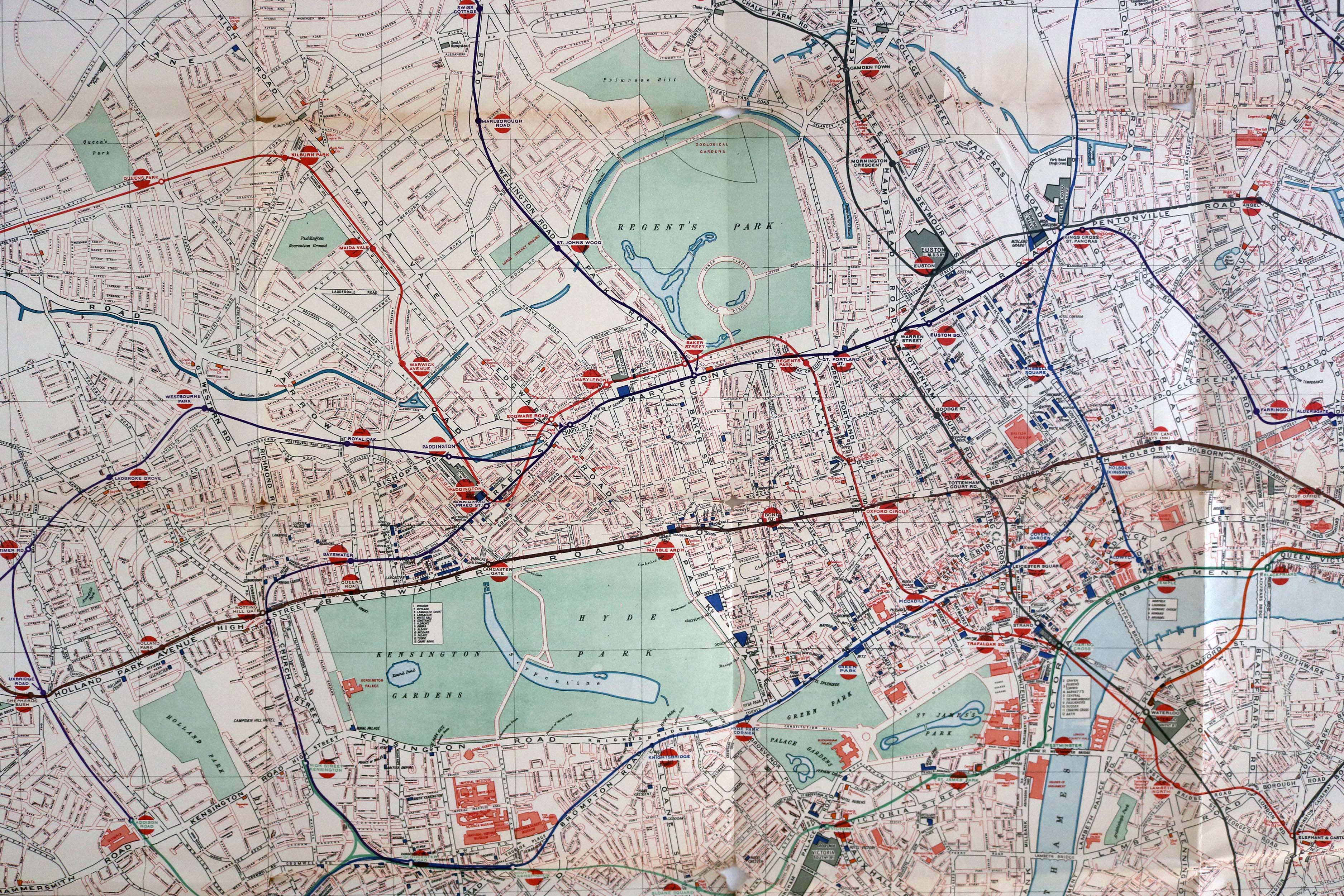 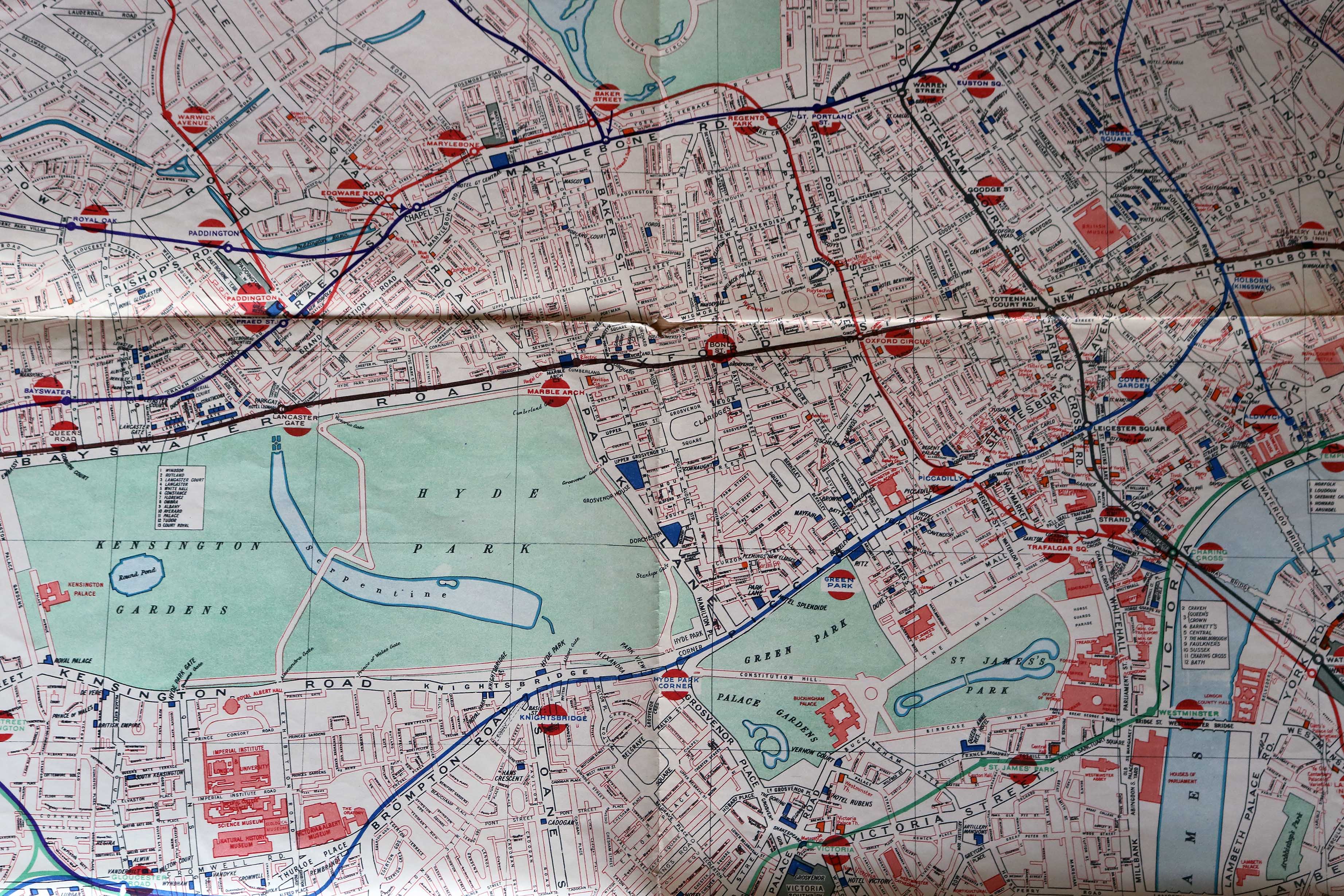 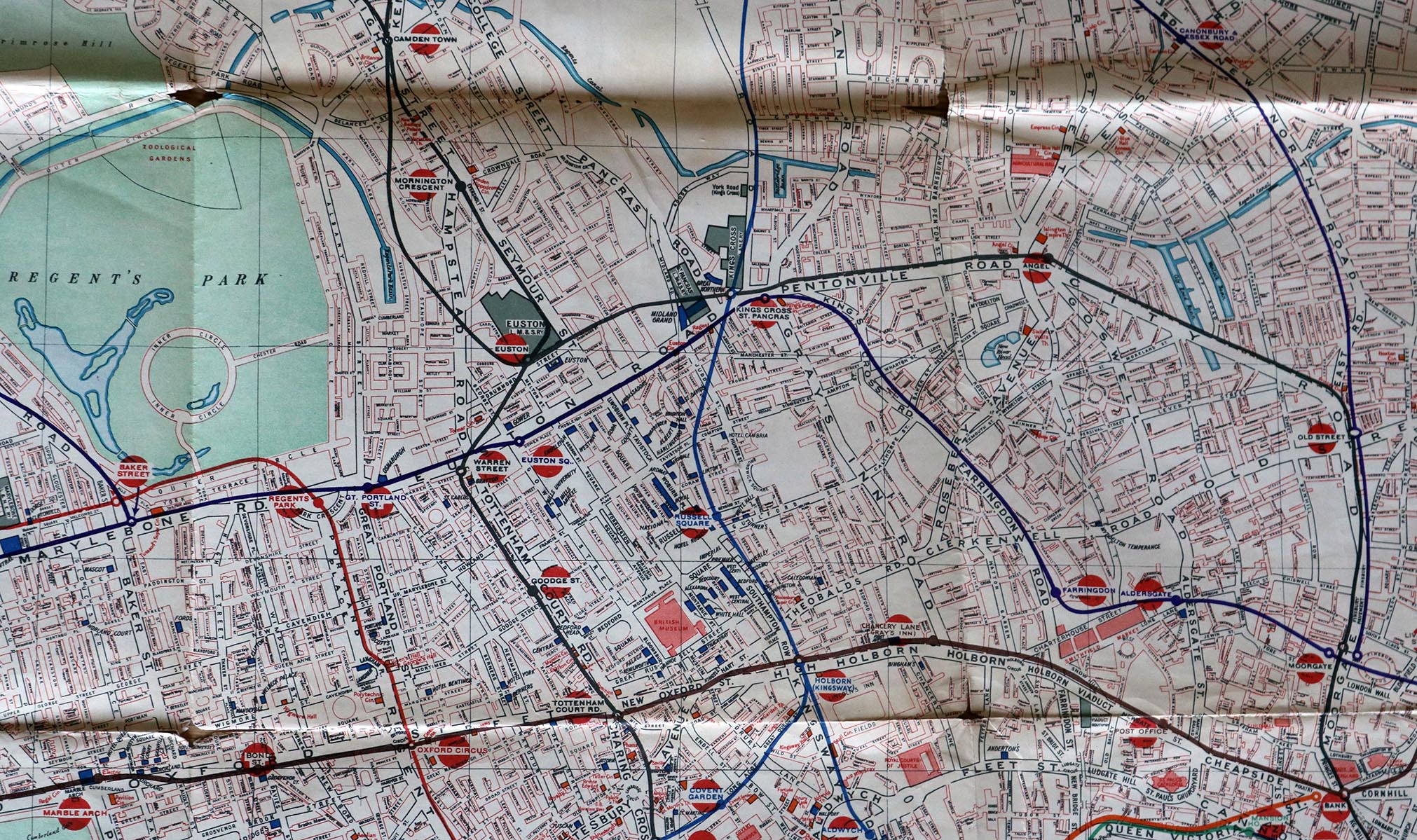 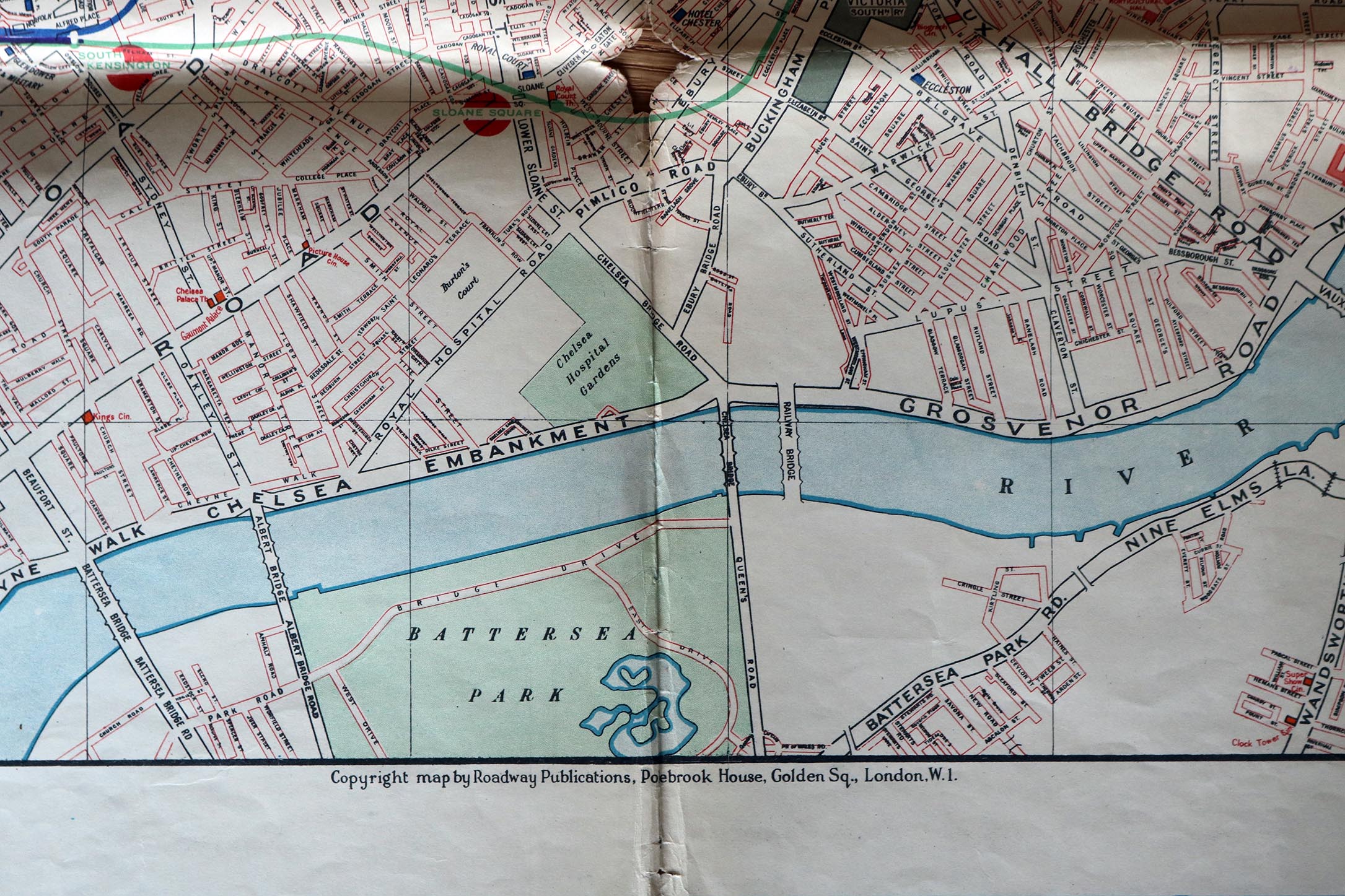 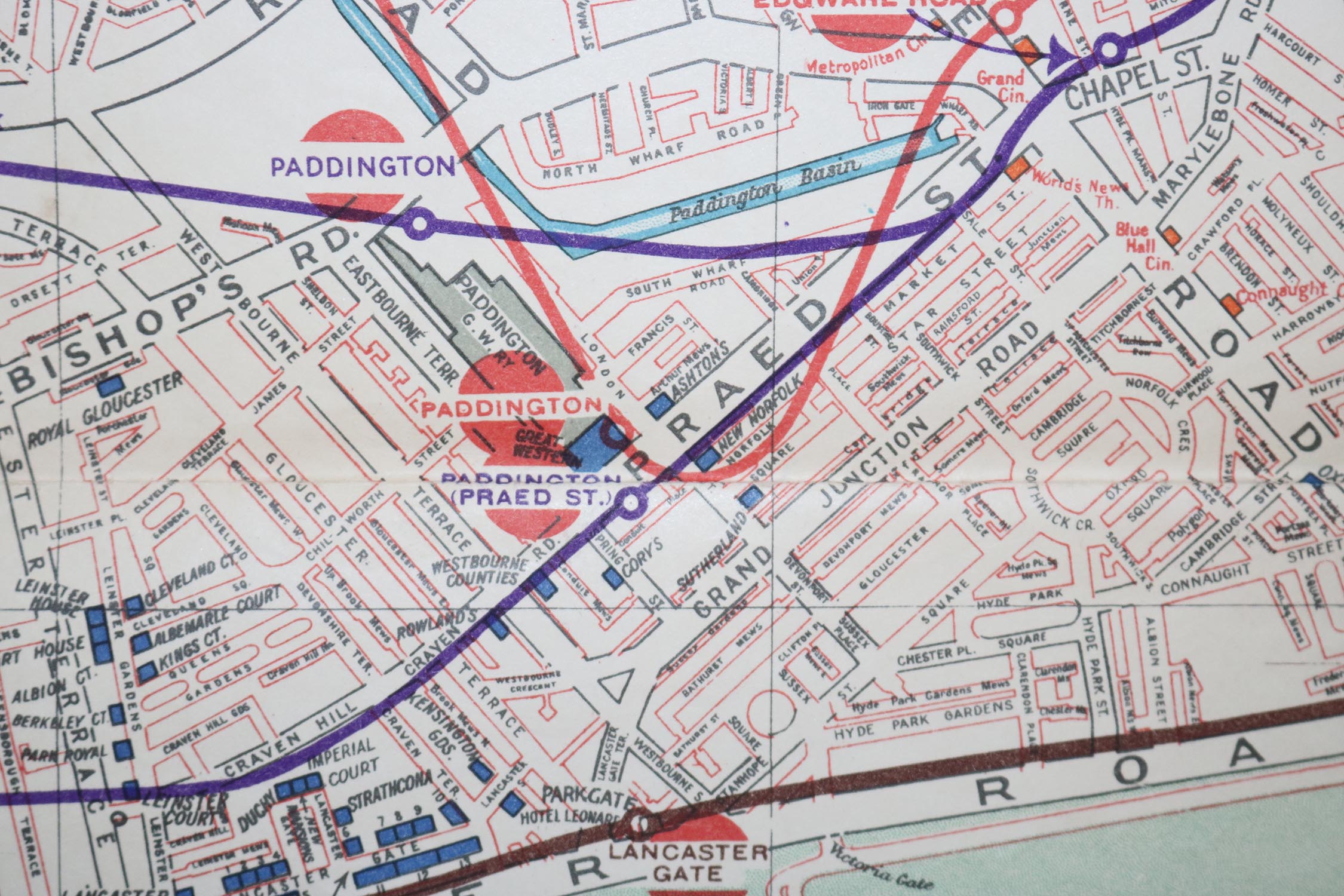 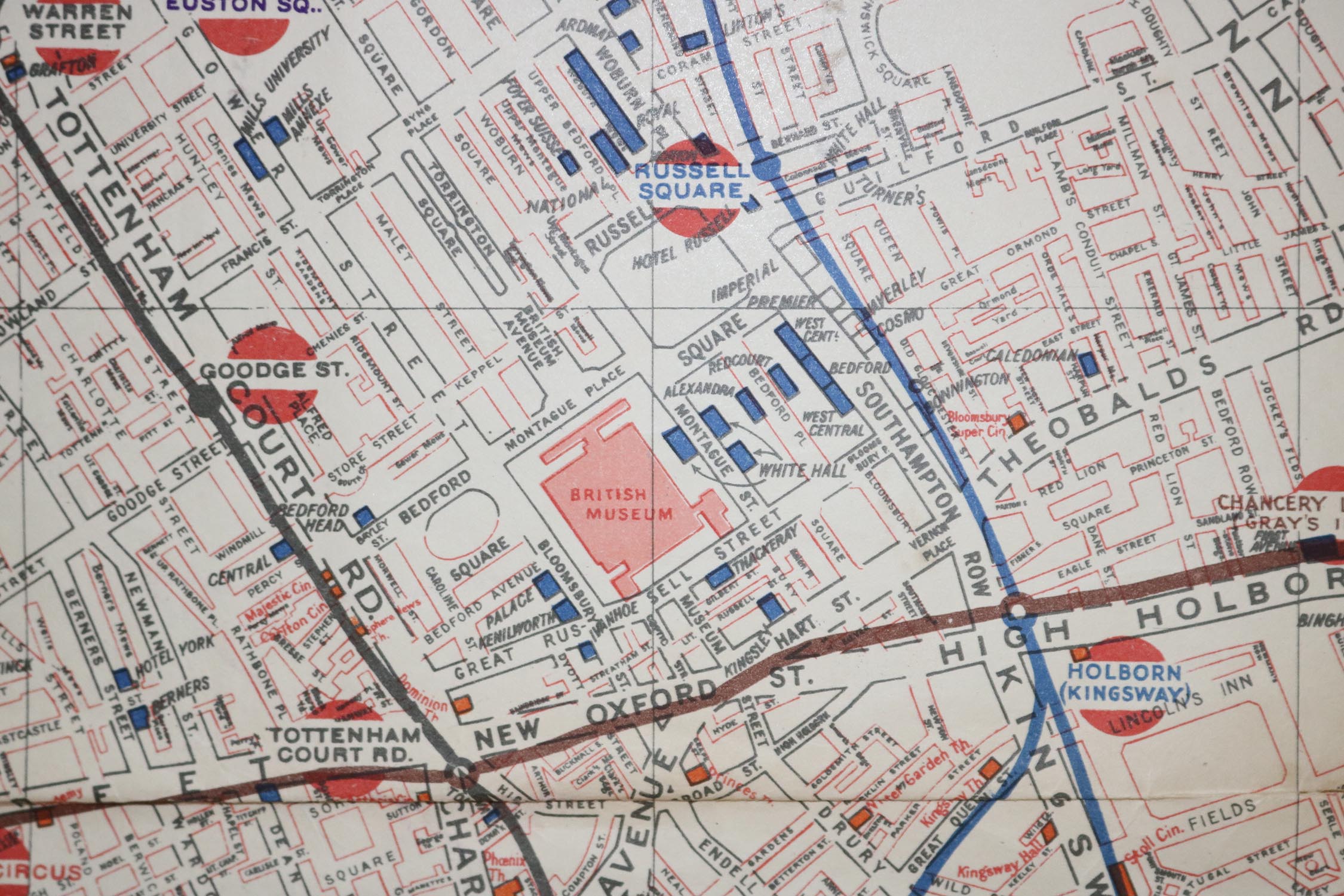 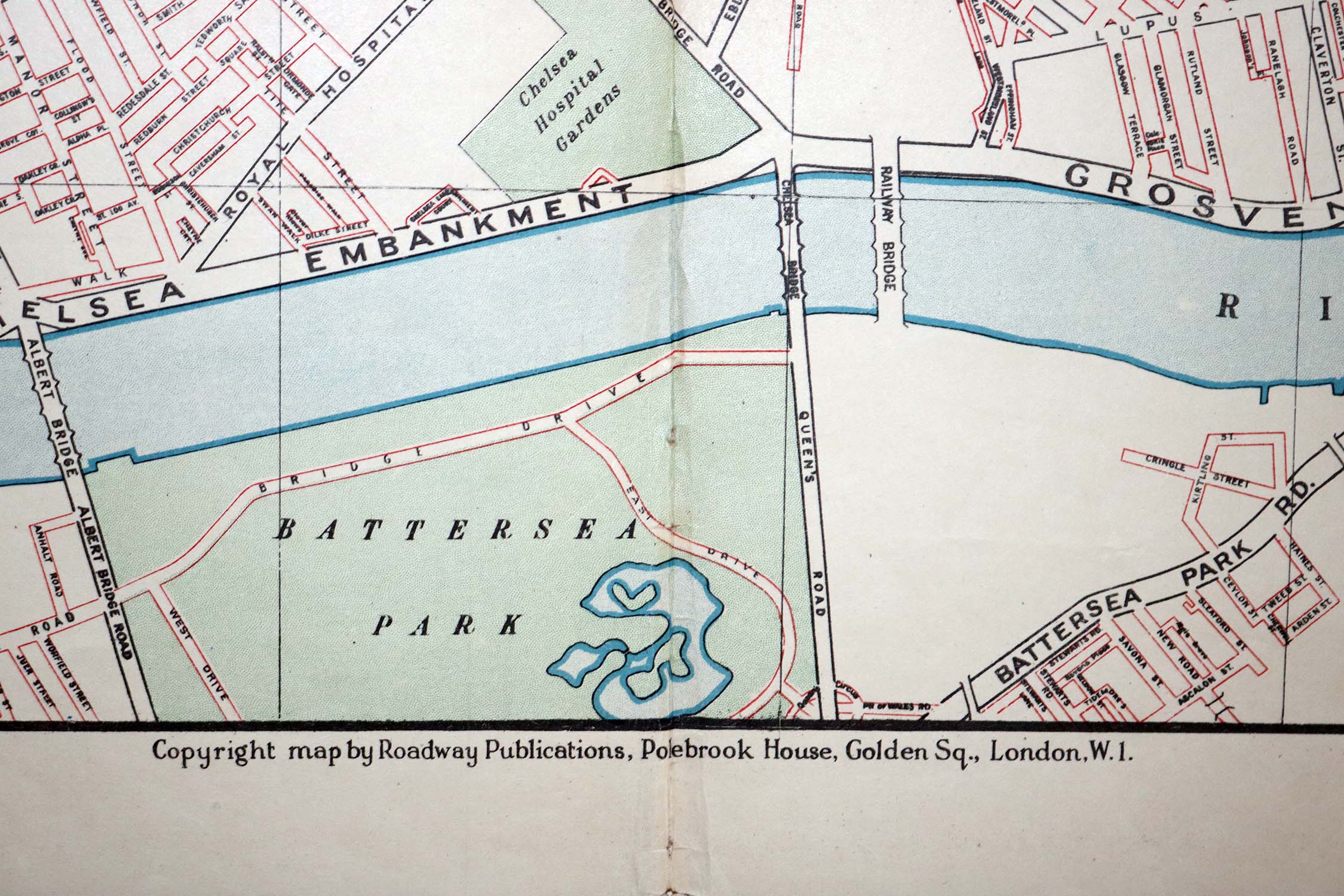 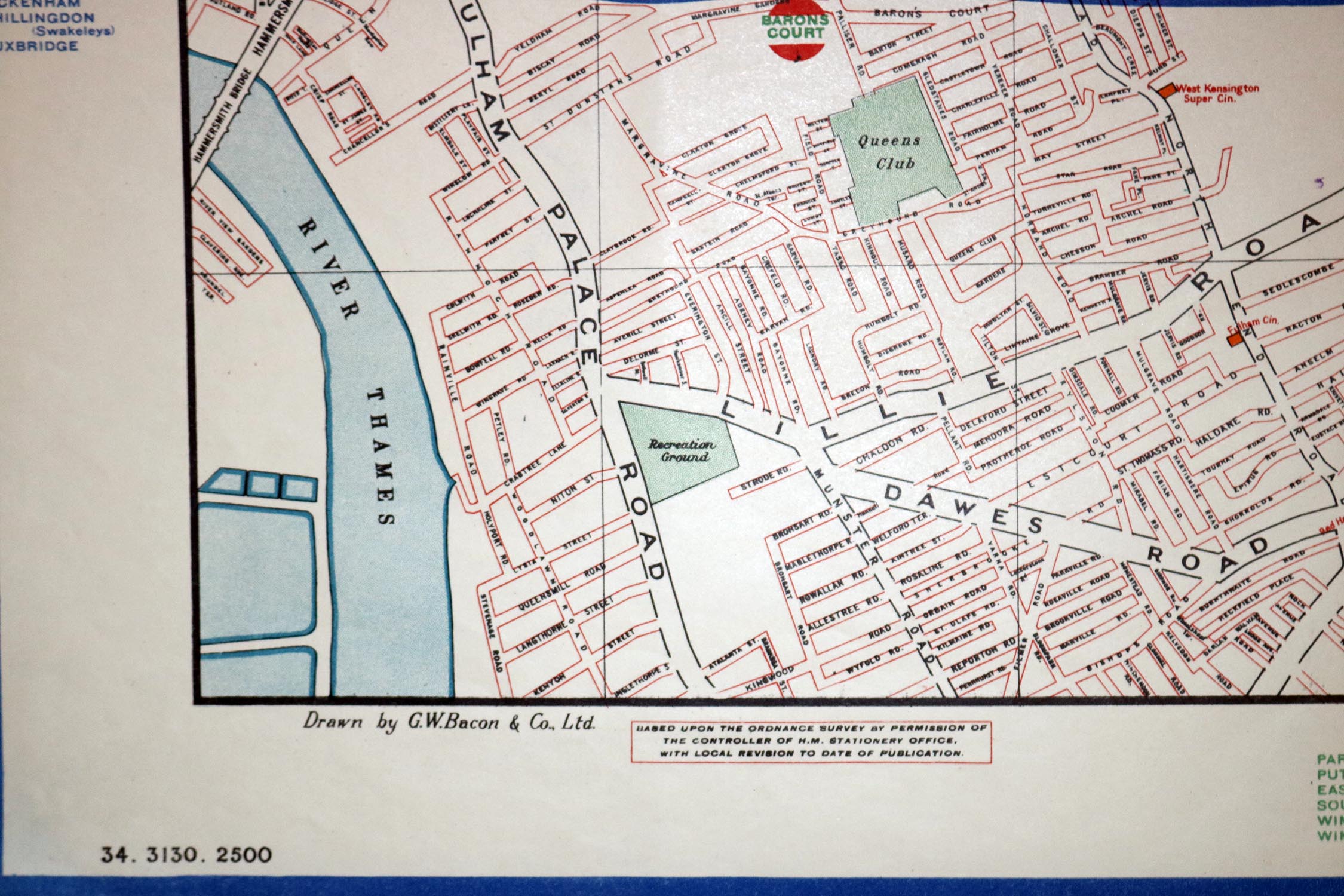 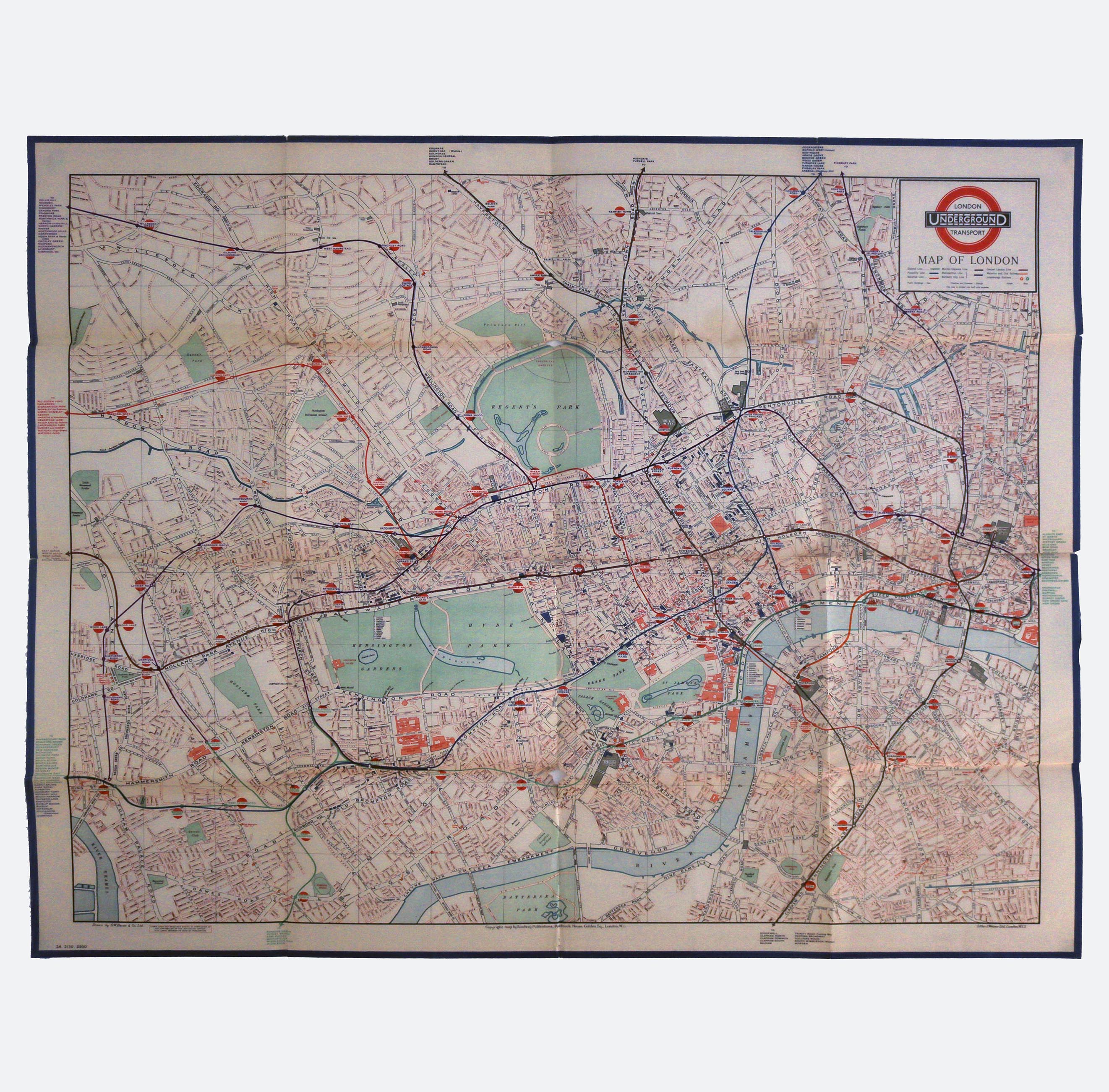 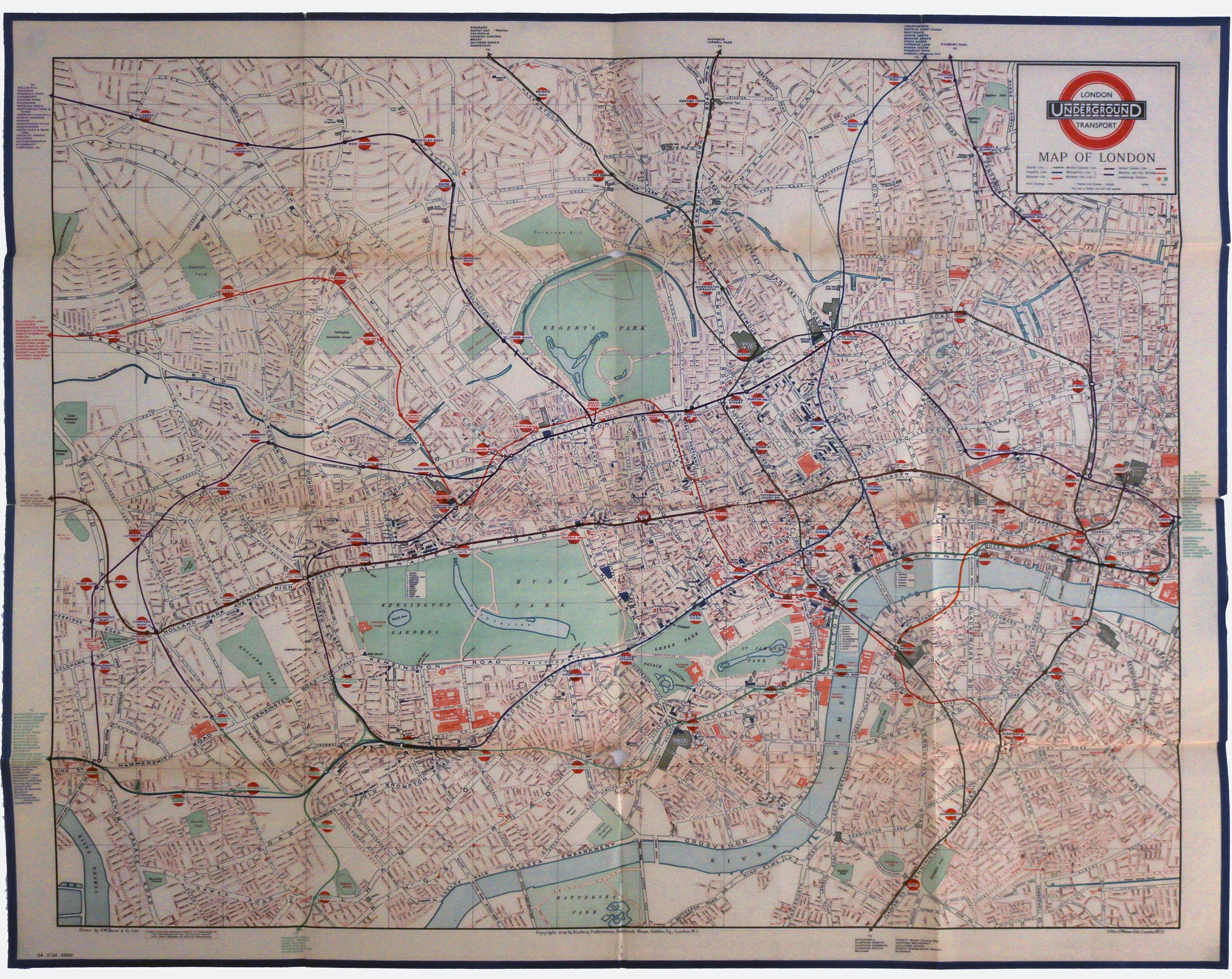 This style of station wall map was design to orientate users with the geographical location of the central London Underground network. This 1934 version features a map of central London with the Underground lines (only a few of the lines which exist today were then present) super imposed on top. The stations are marked with the bar and circle style motif in red. This was the style of the station markers prior to the introduction of the roundel (as in the top right hand corner) here utilised to indicate clearly the underground locations.

The map offers a fascinating insight into pre Second World War London, with many areas of the capital still relatively undeveloped. The stations visible include several which have since closed or been renamed including; Post Office; Strand and Aldwych. Also visible are numerous iconic London hotels from the period including The Carlton Hotel (badly damaged during WWII and late demolished – to read more about the hotel see https://en.wikipedia.org/wiki/Carlton_Hotel,_London).

Condition Report: Condition report: Overall in good condition and displays well. Folded as was the practice at the time. There is some separation where the folds meet and some paper loss to areas where folds meet mid map, handling creases throughout and some surface dirt/ discolouration in accordance with age and use. Some minor tears to edges (see images)