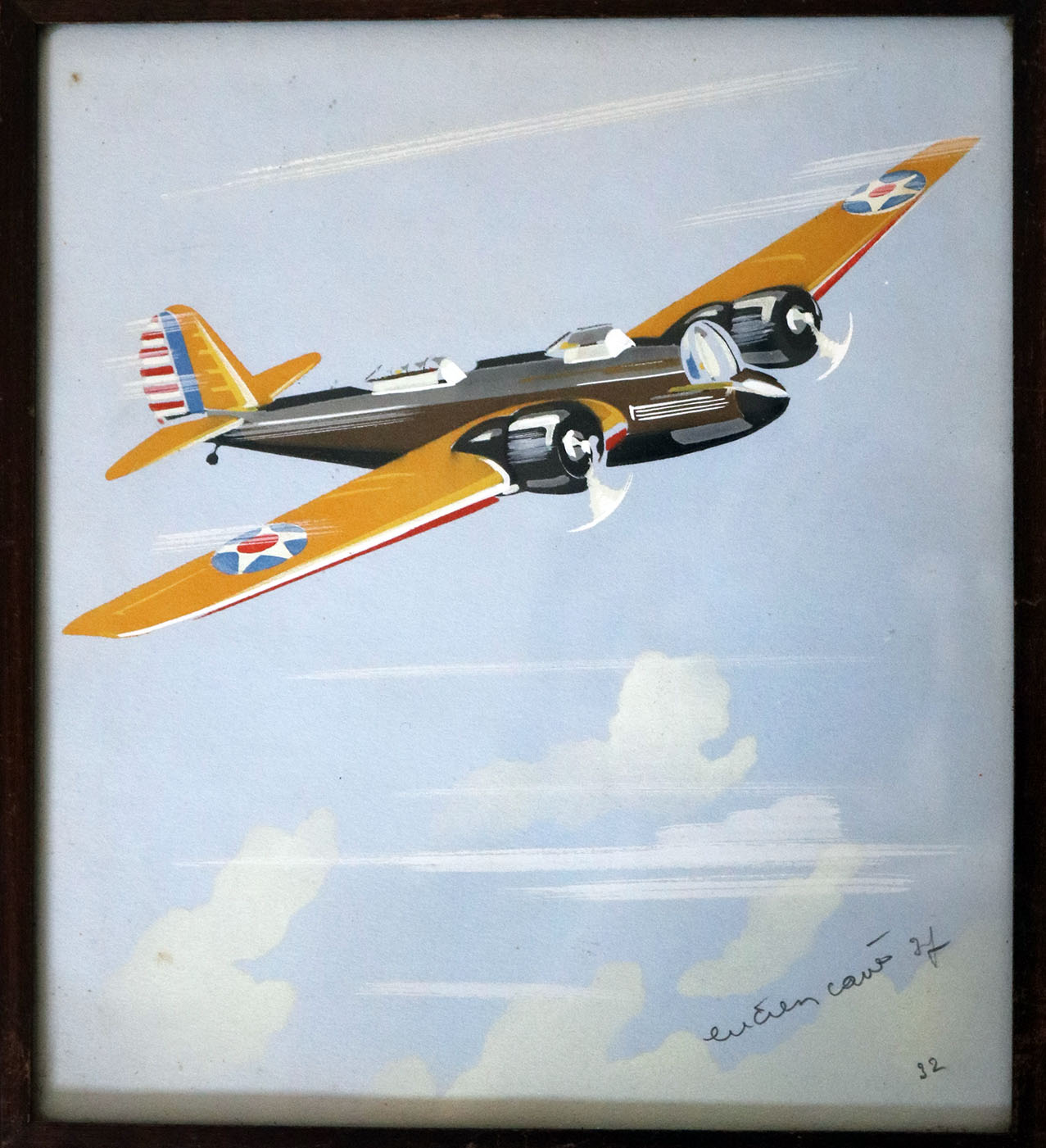 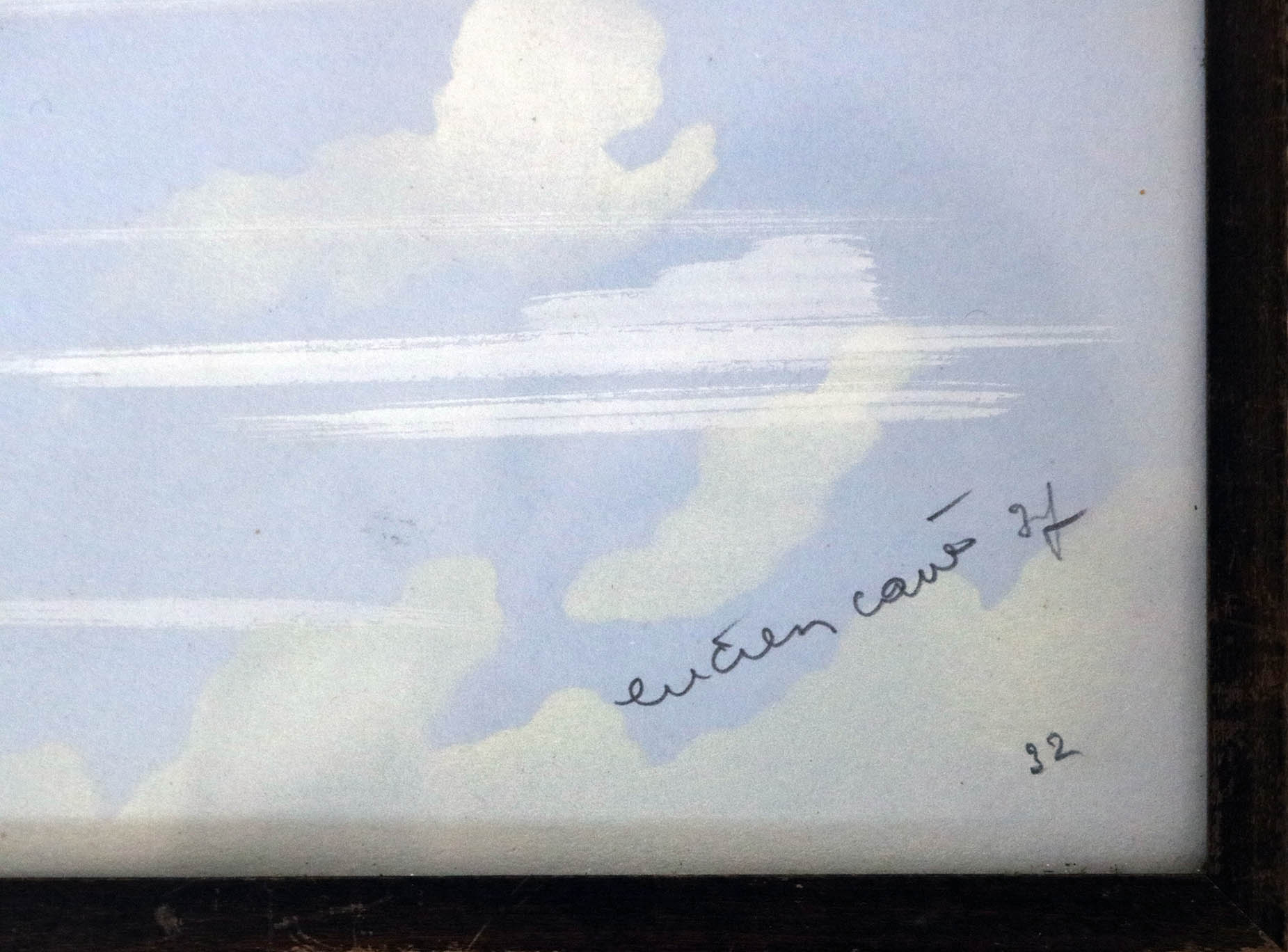 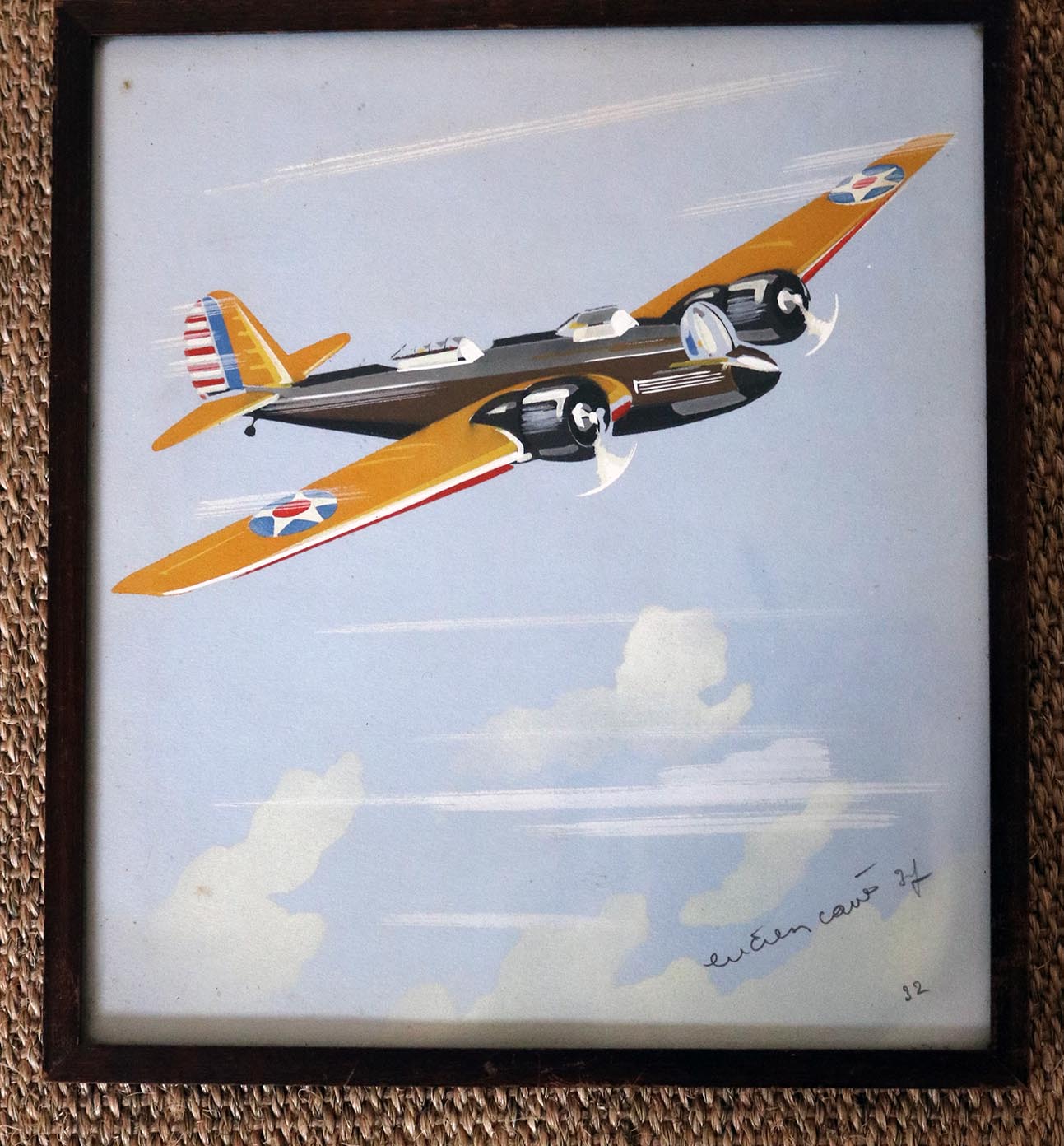 Lucien H. Cave [active early to mid 20thcentury] was a French artist specialising in drawings and paintings of aeroplanes / airplanes. Although little is known about the artist personally, Lucien Cave was a prolific commercial artist who concentrated on aviation subjects. His work features on numerous posters from the early 20thcentury and on the Air Album Book series (used for plane identification during World War II). Cave is known to have travelled to the New York World’s Fair in 1939 as an internationally known airplane artist and was the official painter of the Air Ministry of France and the Aero Club of France.

Additional works by the artist are included in our online store.

Condition Report: Unexamined out of frame, some surface dirt and marking visible under vintage glazing. Apparent good condition in accordance with age.