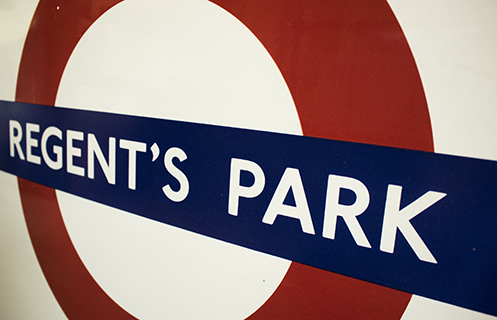 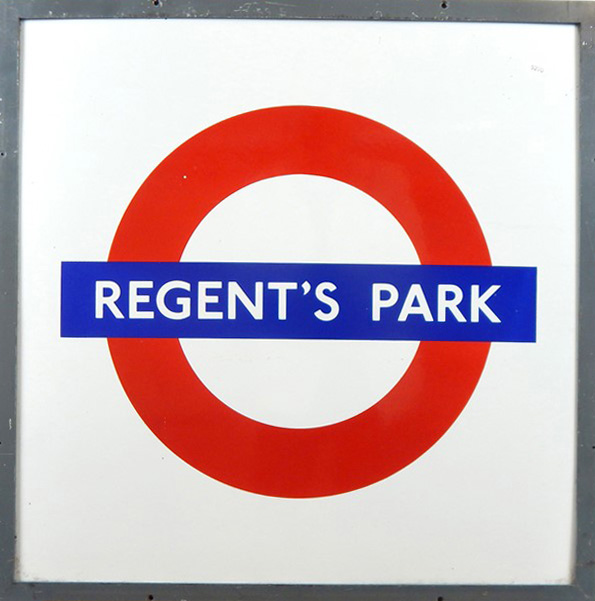 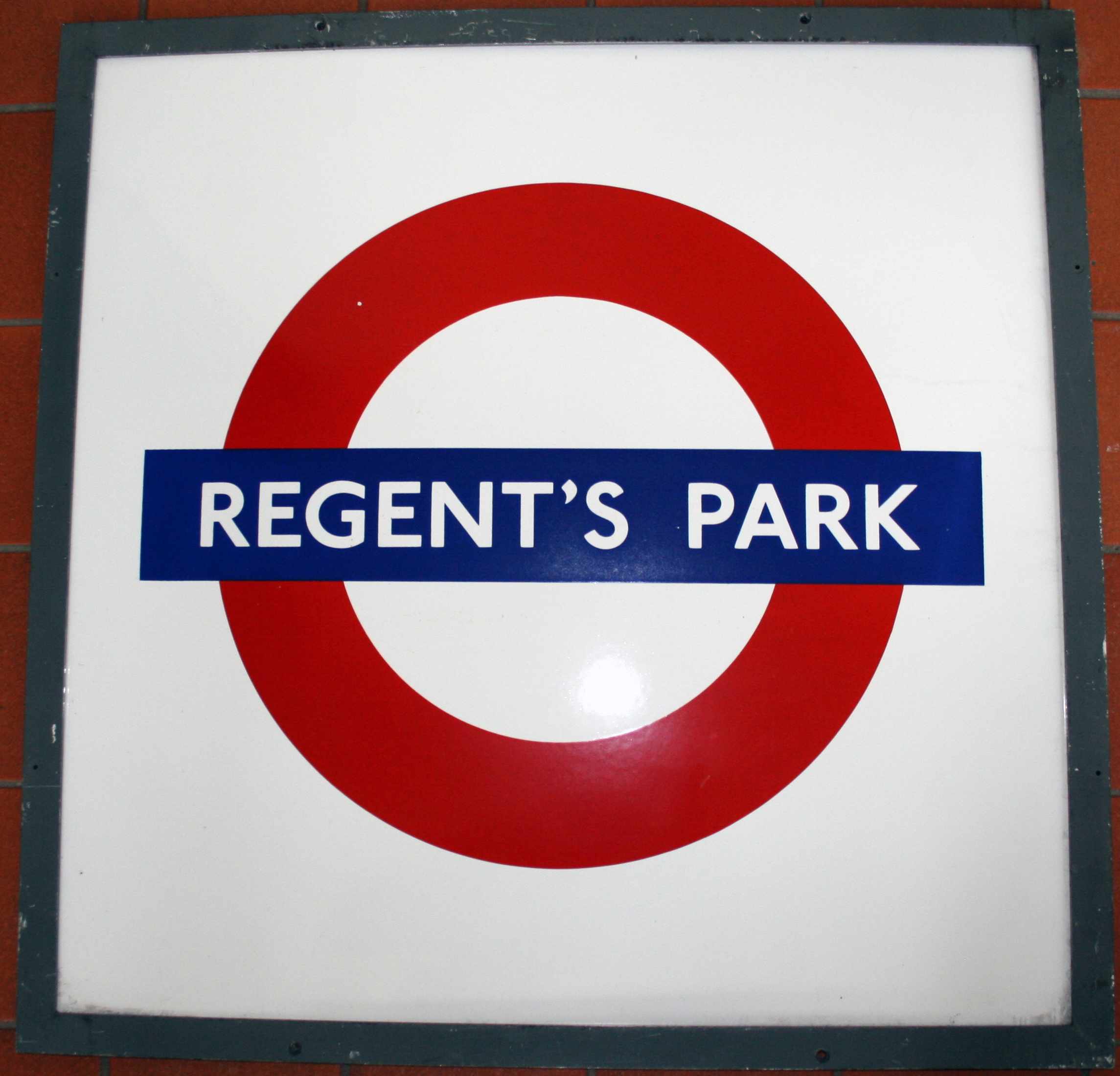 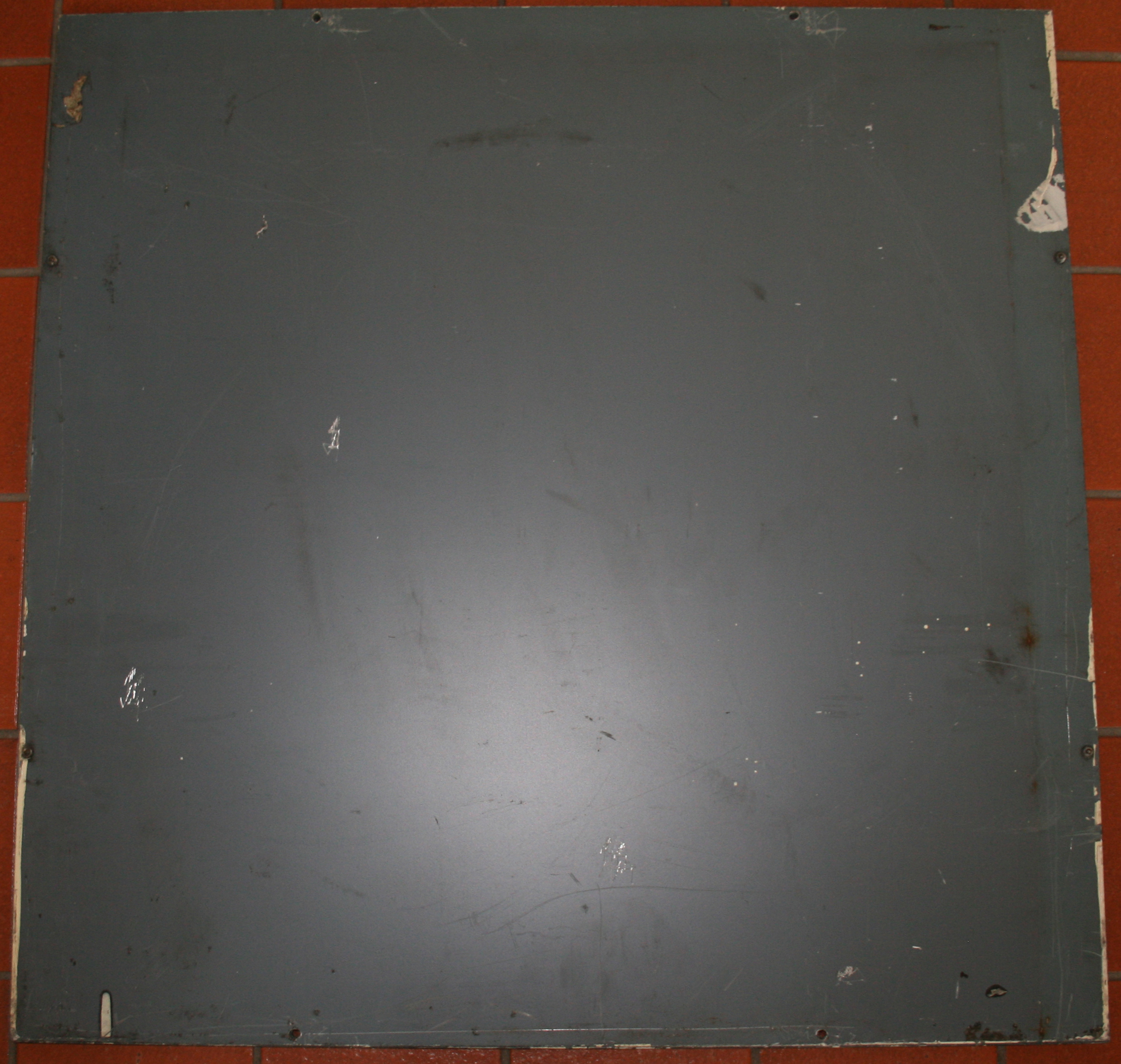 Regent’s Park tube station is in North London, close to The Regent’s Park (one of Londons Royal Parks) . The underground is on the London Bakerloo line. The station has existed since 1906 and was refurbished 100 years later during 2006/7.

The instantly recognisable roundel design was first developed during the early 20th century and is central to the image of London Underground. For a history of the design of Underground Signs visit London Transport Museum: https://www.ltmuseum.co.uk

London Underground station signs have been sold off sporadically, including  Lloyd of London auction during the late 1990s.