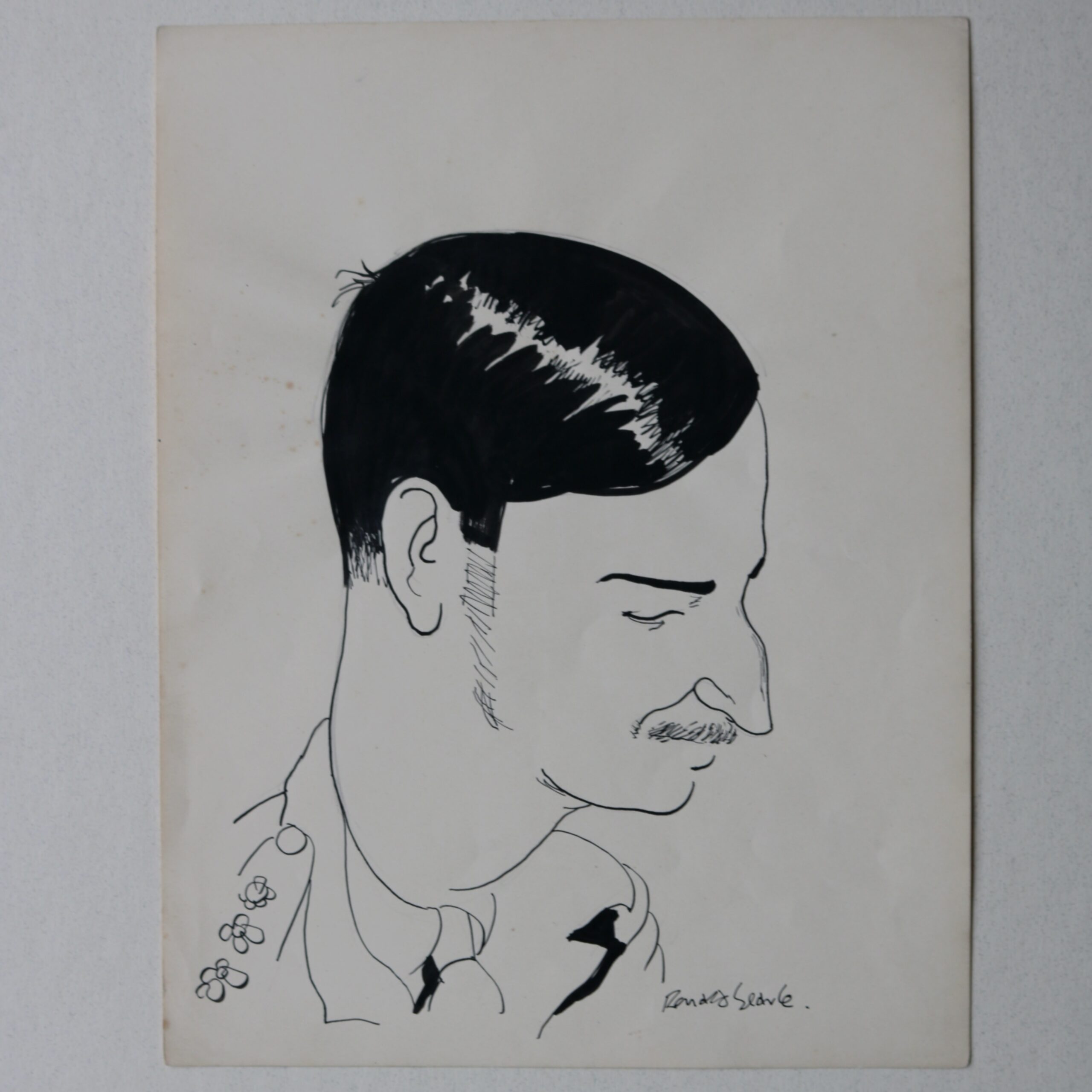 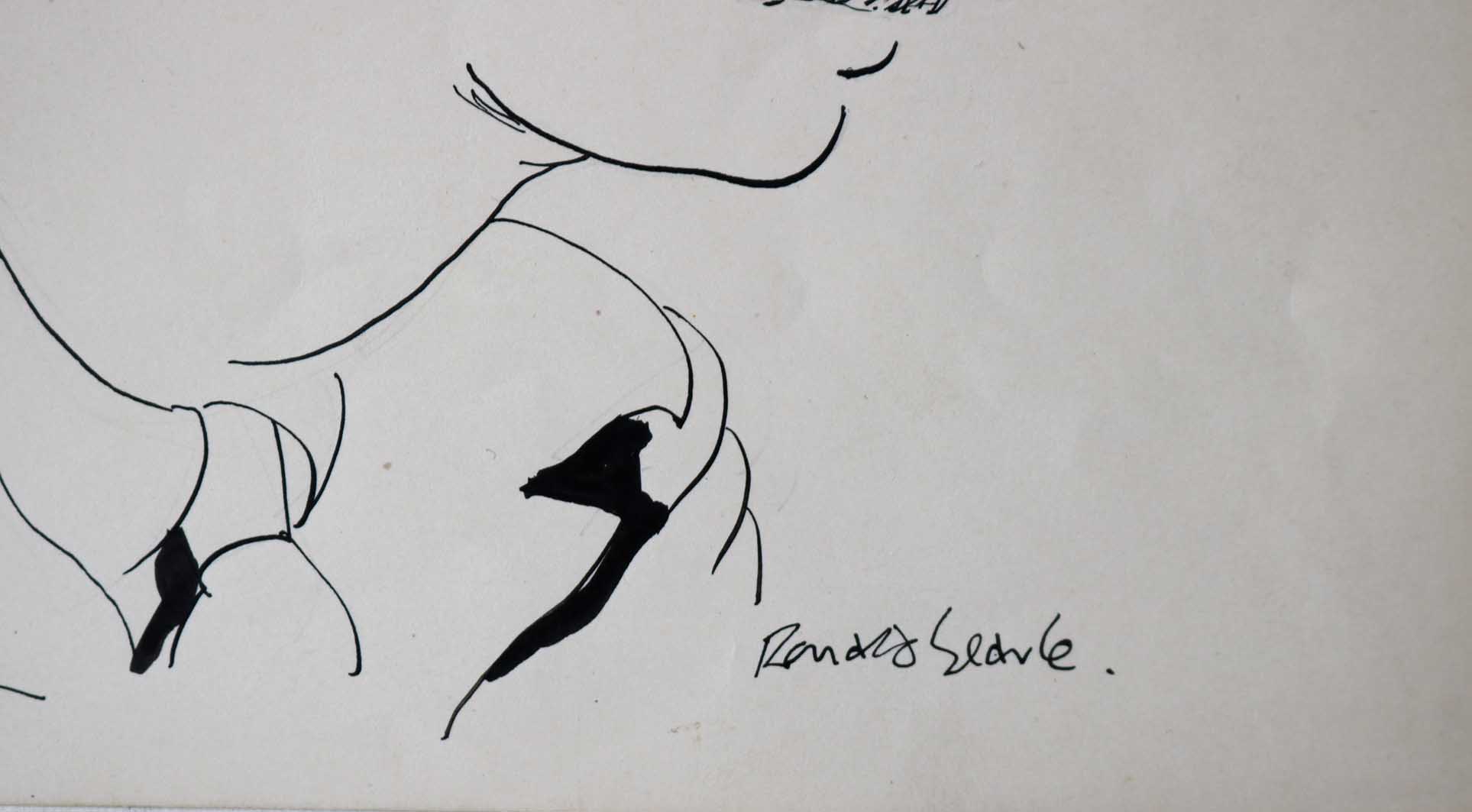 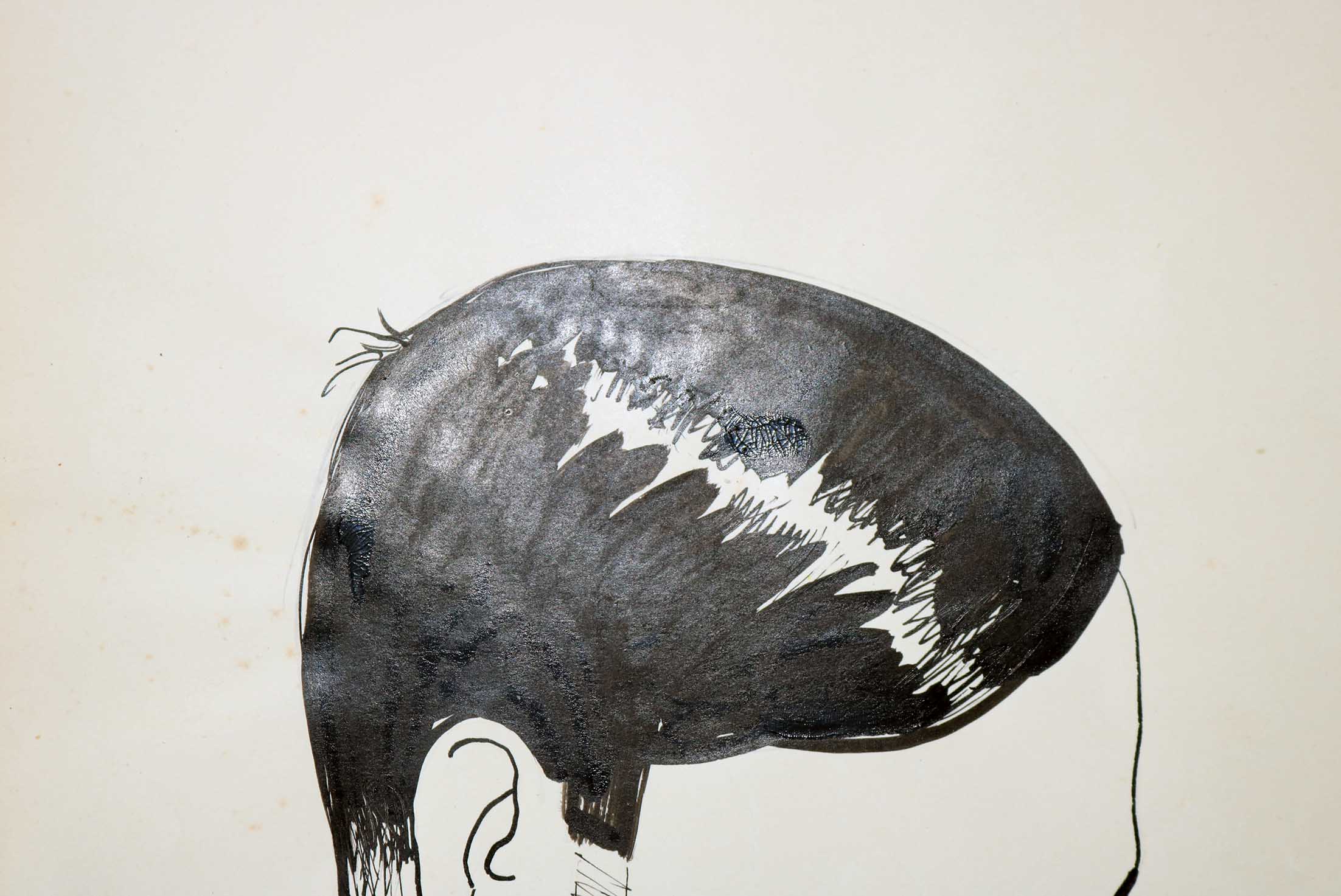 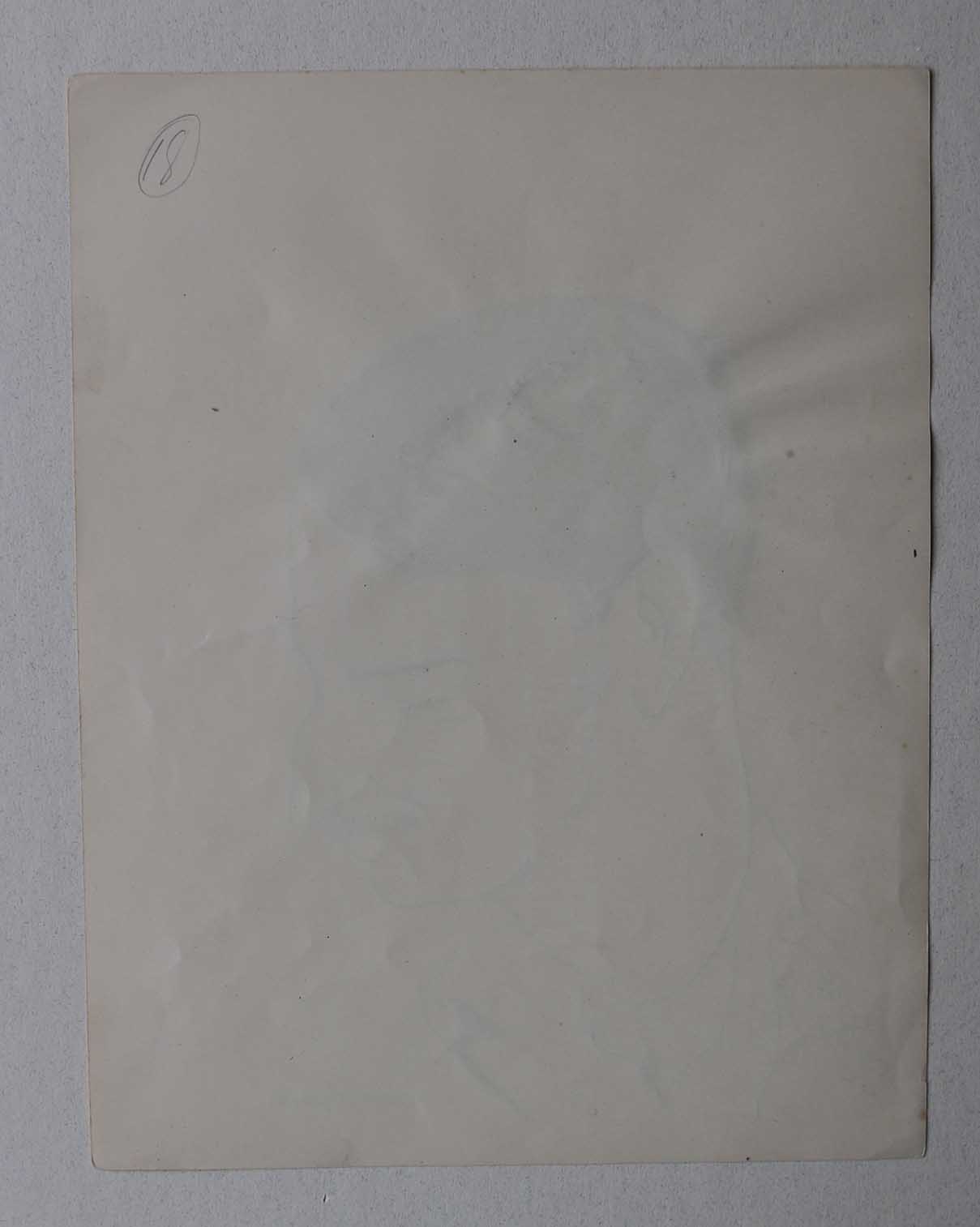 With the onset of the Second World War, Searle then aged 19, enlisted with the Royal Engineers. In 1942 he was serving in Asia and was captured during the fall of Singapore. He was held as a prisoner of war from 1942 to 1945. Under extremely harrowing and brutal conditions Searle continued to draw – his archive of almost 300 drawings is an important first hand record of life in the prison camp – the collection is now held by the Imperial War Museum. This Ronald Searle drawing we believe was created during his service in the 1940s.

To read more about the artist see. https://en.wikipedia.org/wiki/Ronald_Searle