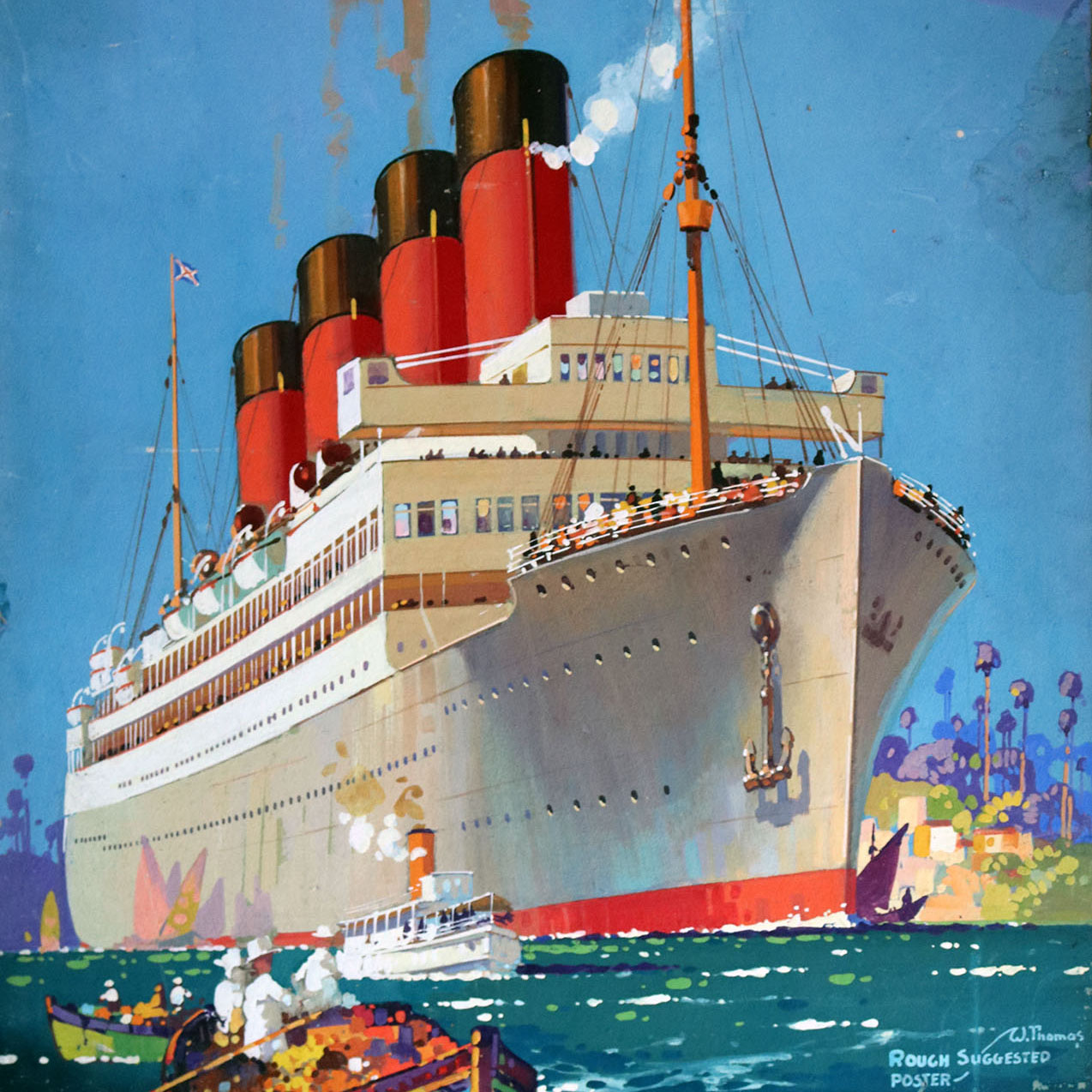 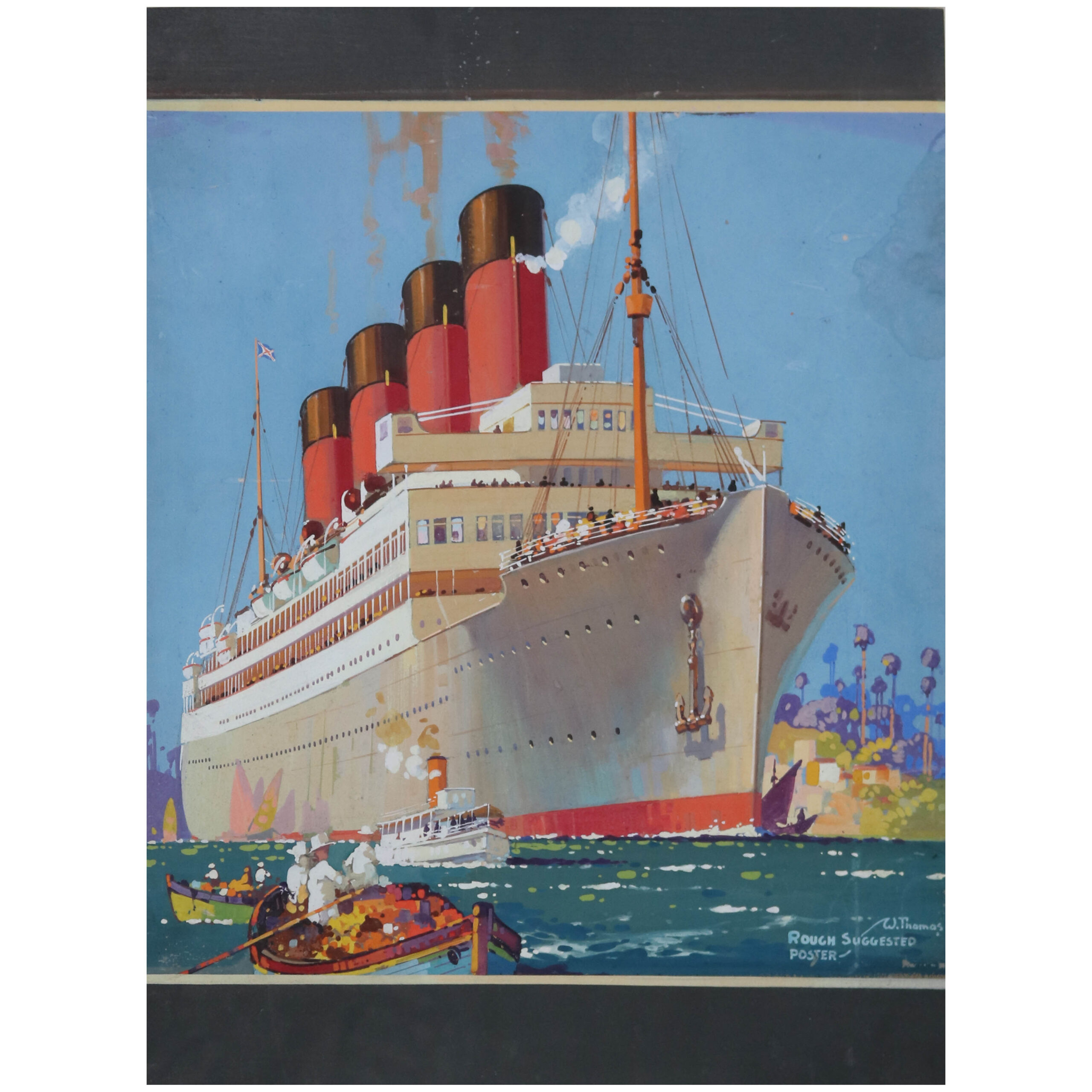 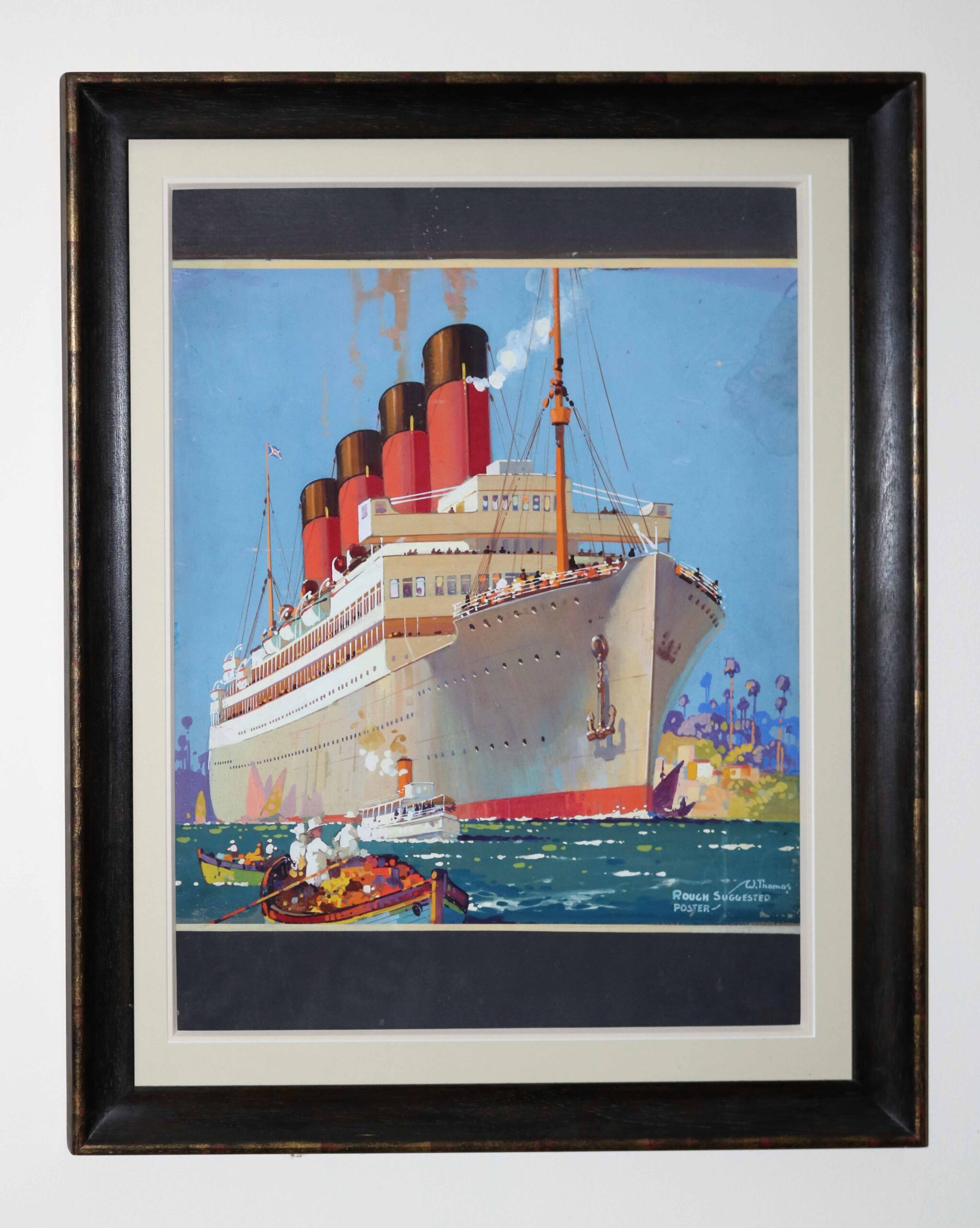 Walter Thomas (1894 – 1971) was a naval architect turned painter known particularly for his commercial artwork featuring ocean liners. Initially working with Odin Rosenvinge (famous marine/ poster artist), he produced designs for Blue Funnel Line, Cunard, White Star Line and Lamport & Holt. During the Second World War he was responsible for the camouflage of ships for the admiralty.

The boat featured in this design may be Olympic if the White Star Line later attribution is correct, but more likely based on the flag to the rear of the vessel and 4-funnels, the painting depicts the HMS Windsor Castle (launched 1922) (owned by Union Castle Line) or her sister ship HMS Arundel Castle.

The merger of the Union Line and the Castle Shipping Line formed the Union-Castle Line, operating between Europe and Africa. Most of their ships contained the suffix “Castle” in their names. The Windsor and Arundel were built by Harland and Wolff, Belfast and completed in 1921. They were the only 4-funnel boats that did not travel on the transatlantic route.

The vessels sailed from UK to South Africa (Southampton – Cape Town), rather than Atlantic (which would explain the scenery as some of their ships stopped in Madeira or other African cities on route). The four funnels were reduced to 2 in 1933 to make the ships appear more modern. They were both used during WWII as troop carriers.

The Windsor Castle was torpedoed off Algiers in March 1943; it took her 13 hours to sink meaning the over 2,500 troops and crew could be saved with the loss of only one life! The Arundel survived the war and continued to work until 1958, by which time she had steamed 2,850,000 miles in peacetime service and 625,565 as a troopship.

For more information on the artist see The Liners by Terry Coleman.

Condition Report: Displays excellently, the board itself with are relate wear and rounding to corners. The artwork with some staining/ discolouration to top right corner. Overall good condition.