CLASSIC HOLLYWOOD: A Place In The Sun, 1951 – An original vintage U.S lobby card 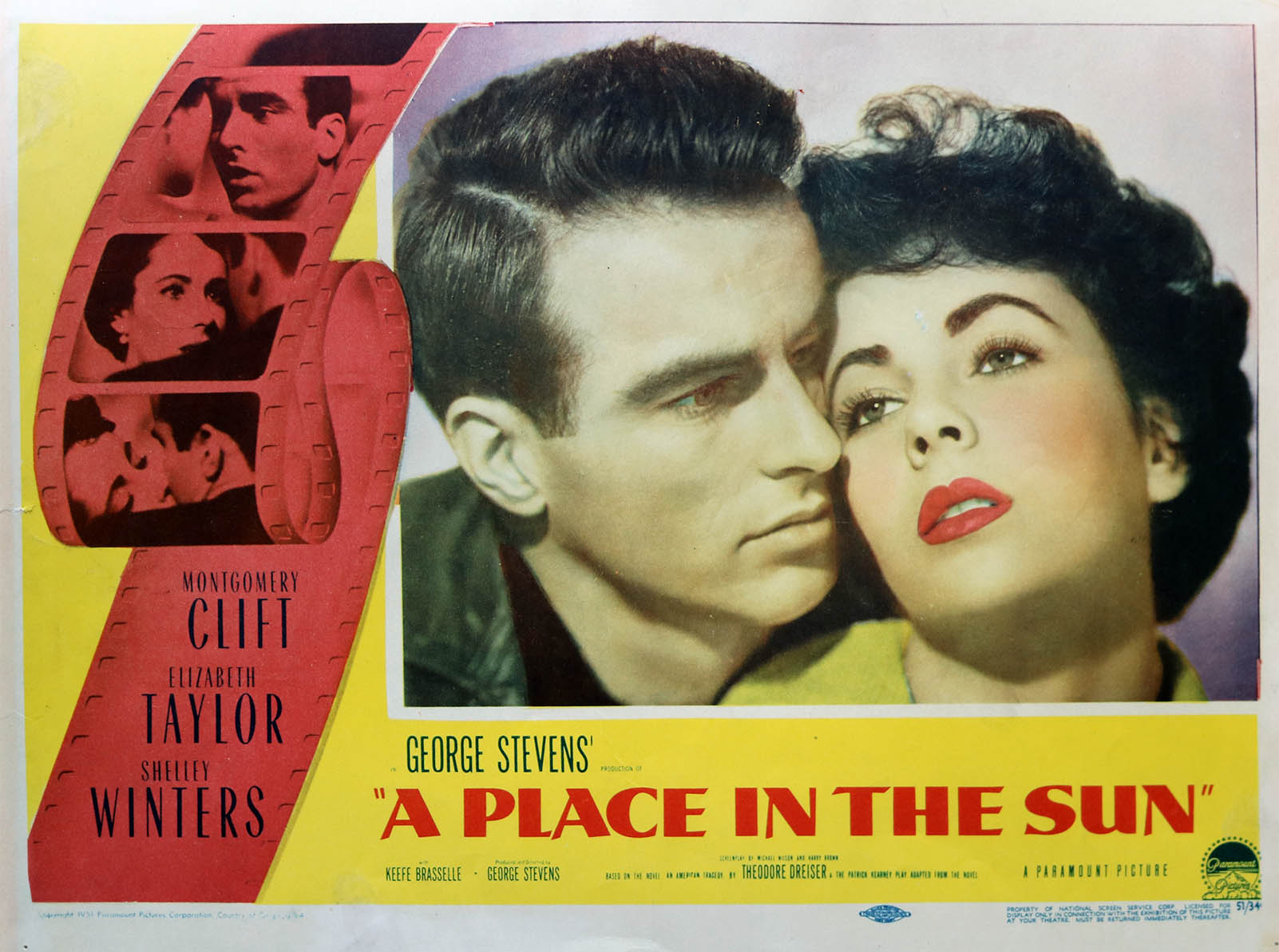 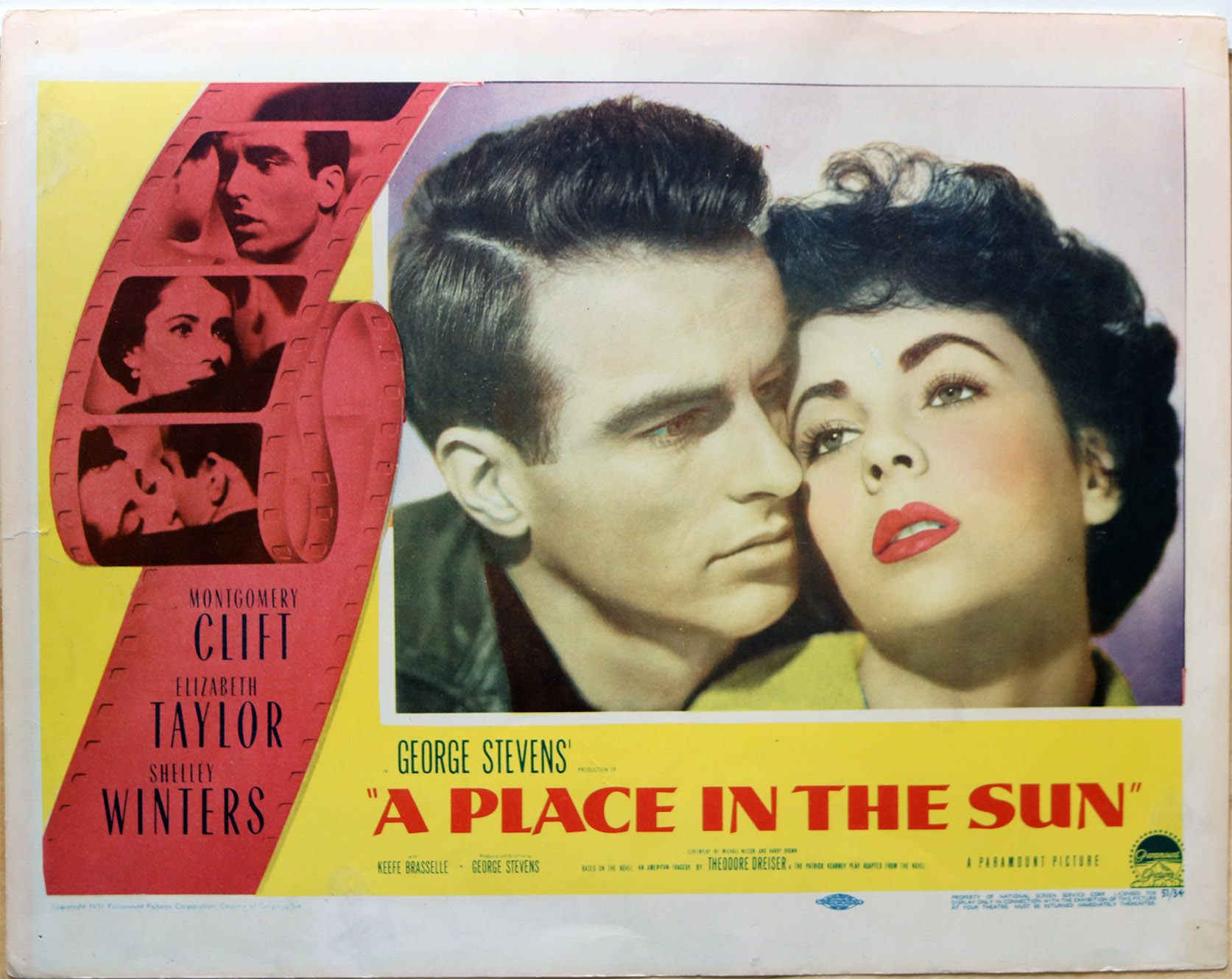 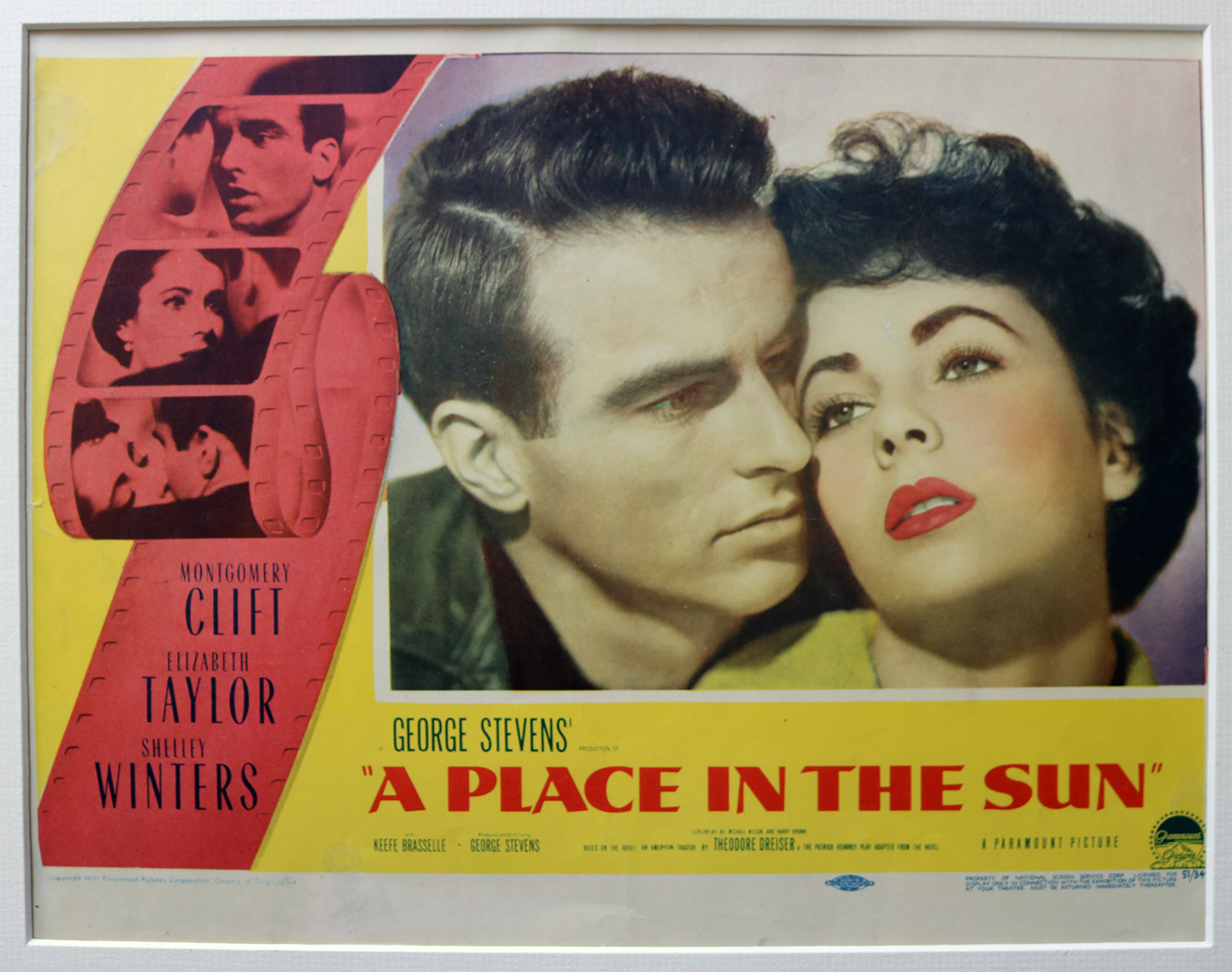 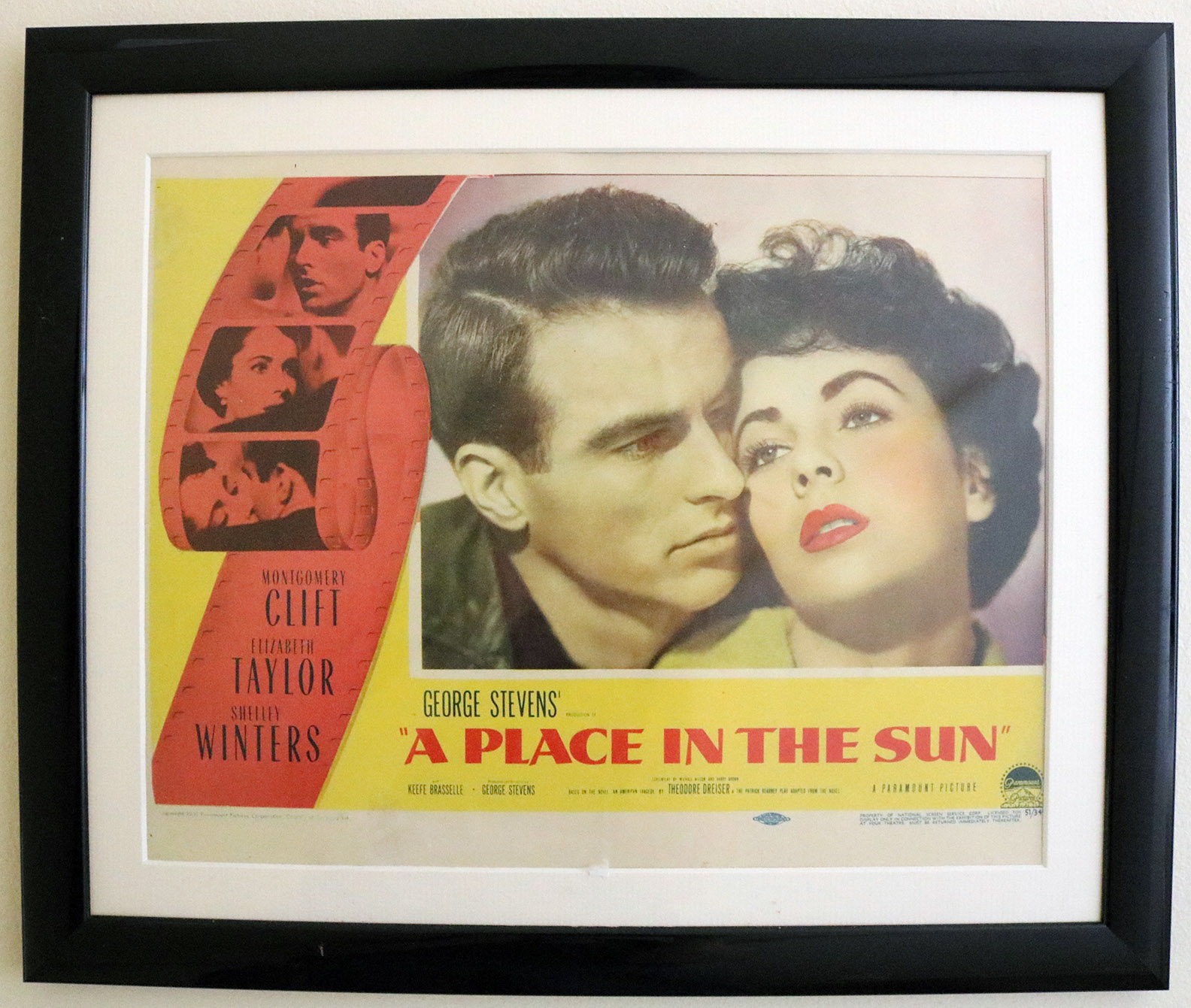 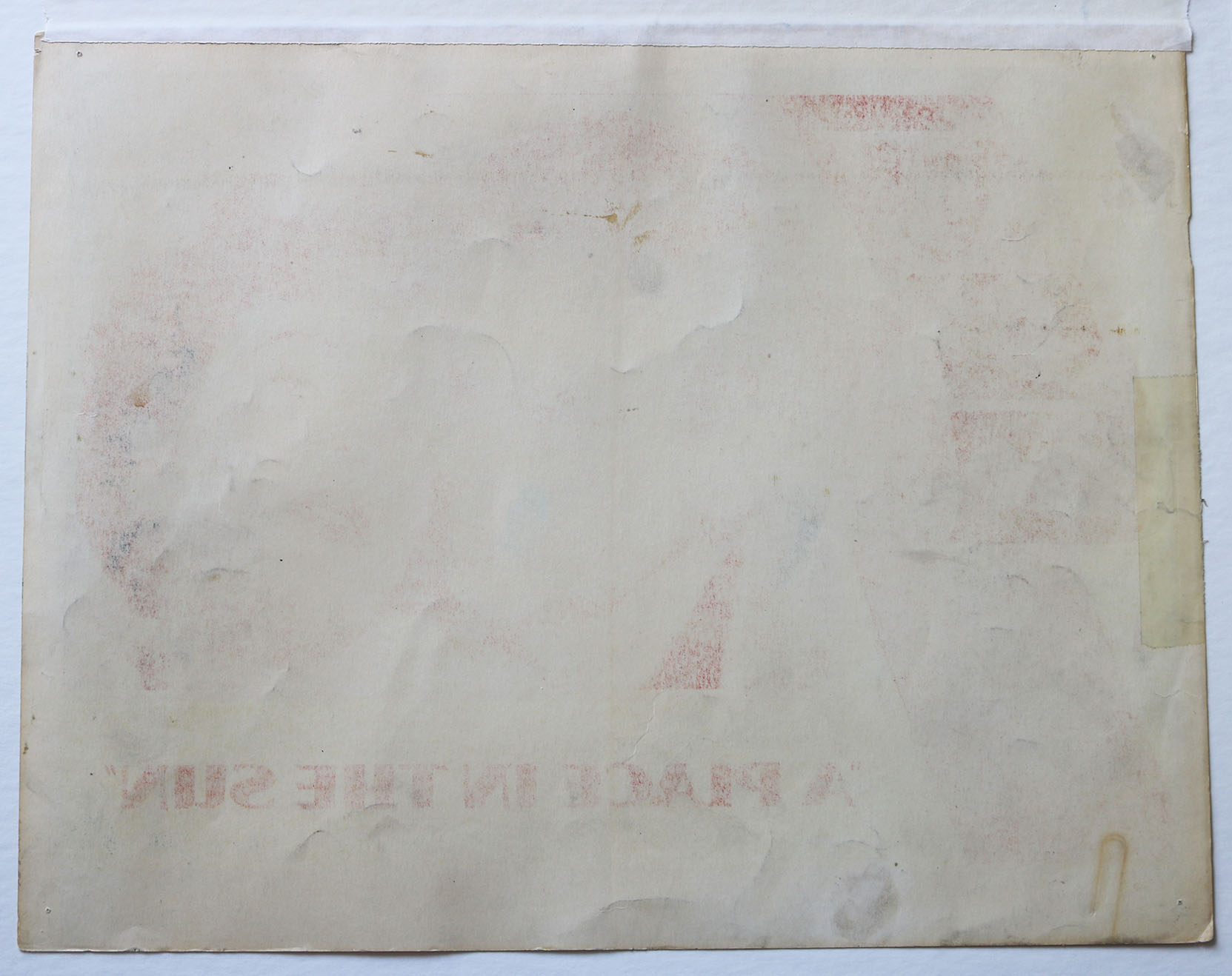 A Place In The Sun was the first movie to feature the partnership of Elizabeth Taylor and Montgomery Clift dubbed “the most beautiful on screen Hollywood couple of all time”!

Having met for the first time during the production of the film, Taylor and Clift became lifelong friends, and worked on a further two films together. For Taylor, working on the movie was enormously important. In later years she went on to describe how the seriousness with which Clift took his role, gave her a completely different view on acting and in turn changed her own approach.

This lobby card features a striking image of Taylor and Clift, and is the best of those included within this set.

A Place In The Sun forms part of George Stevens “American Trilogy” alongside Shane and Giant. The film was hugely critically and commercially successful upon its release, with a Box Office of over $7 million (against a budget of $2.4 million) receiving 6 Academy Award wins from 9 nominations (including Best Director Oscar for Stevens), a Golden Globe Award and a Directors Guild of America Award.

To see the original New York Times review of the film visit: https://www.nytimes.com/1951/08/29/archives/the-screen-dreiser-novel-makes-moving-film-a-place-in-the-sun-based.html

Lobby cards were advertising cards, produced in the U.S, typically as sets of 8 to promote upcoming releases. Unlike posters, lobby cards use a smaller format (ordinarily 11 x 14 inches) and were printed for display in the lobby of a cinema (rather than the exterior), providing insight into key scenes from a coming attraction often with a title card, similar to the poster for the release.

Condition Report: Overall condition good in accordance with age and use.
Pin holes to all 4 corners, some rounding to corners, small taped tear to reverse, some smudging to top right image, some marking to Taylor forehead image. Lobby attached to mount with mounting tape (all condition issues visible on images provided). Displays very well. Frame glazing with surface scratches, would benefit from new frame.

SCHOOL PRINTS: Adolf Dehn (1895 – 1968) for School Prints Ltd. “Minnesota”, 1947
ARTS & CRAFTS FURNITURE: An arts and crafts style oak side table, in the manner of Heals / Cotswold School.
This website uses cookies to ensure you get the best experience on our website. Find out more