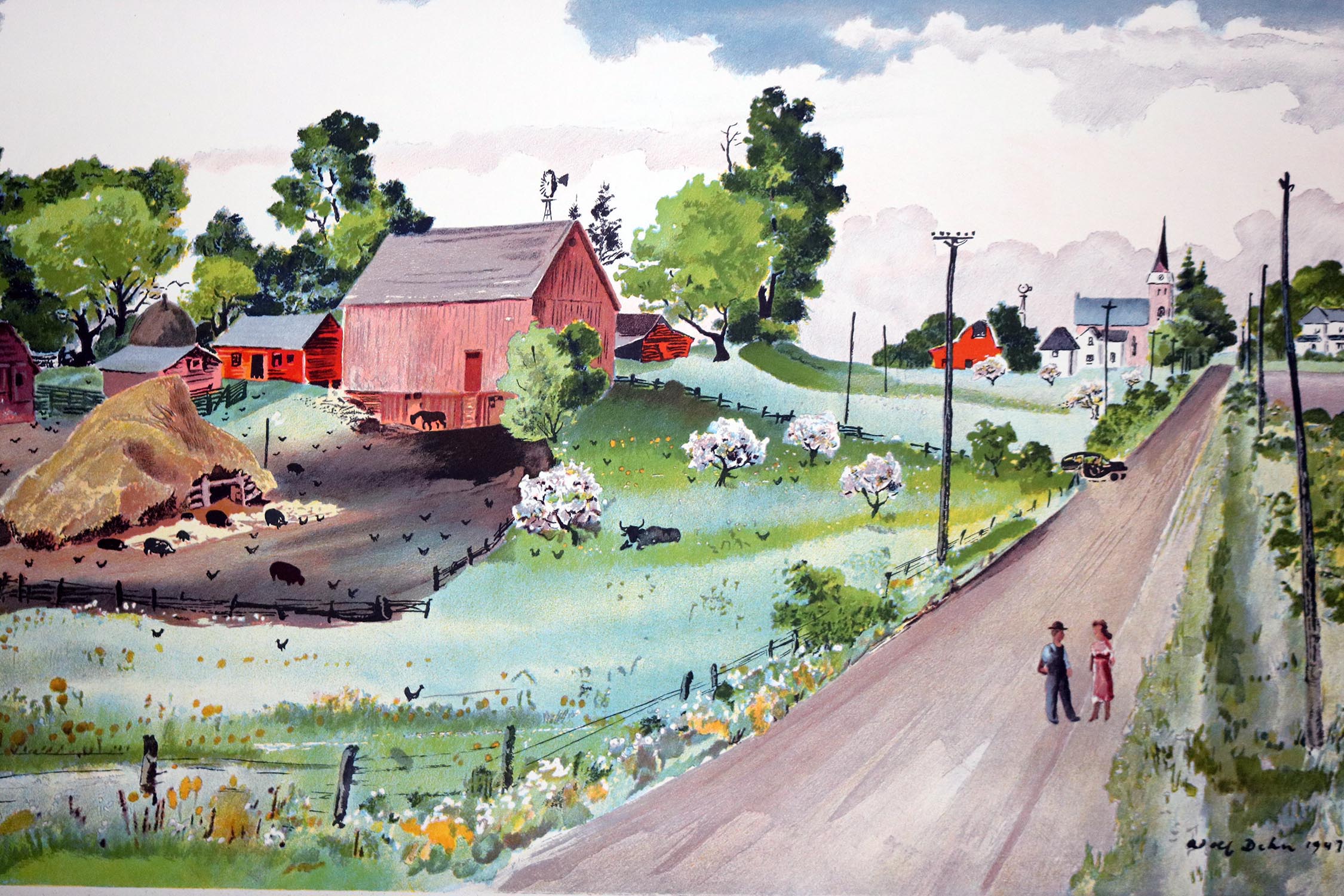 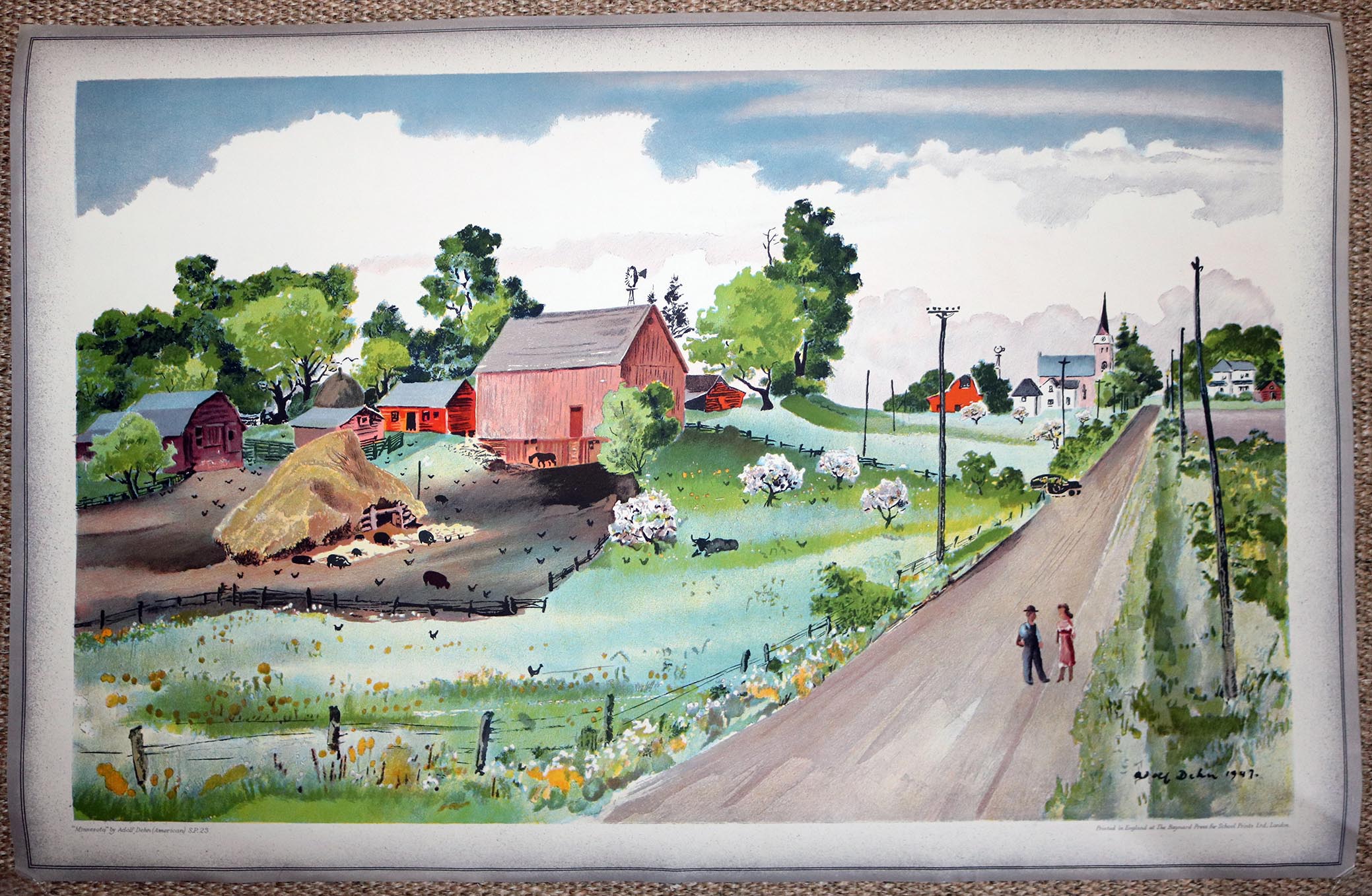 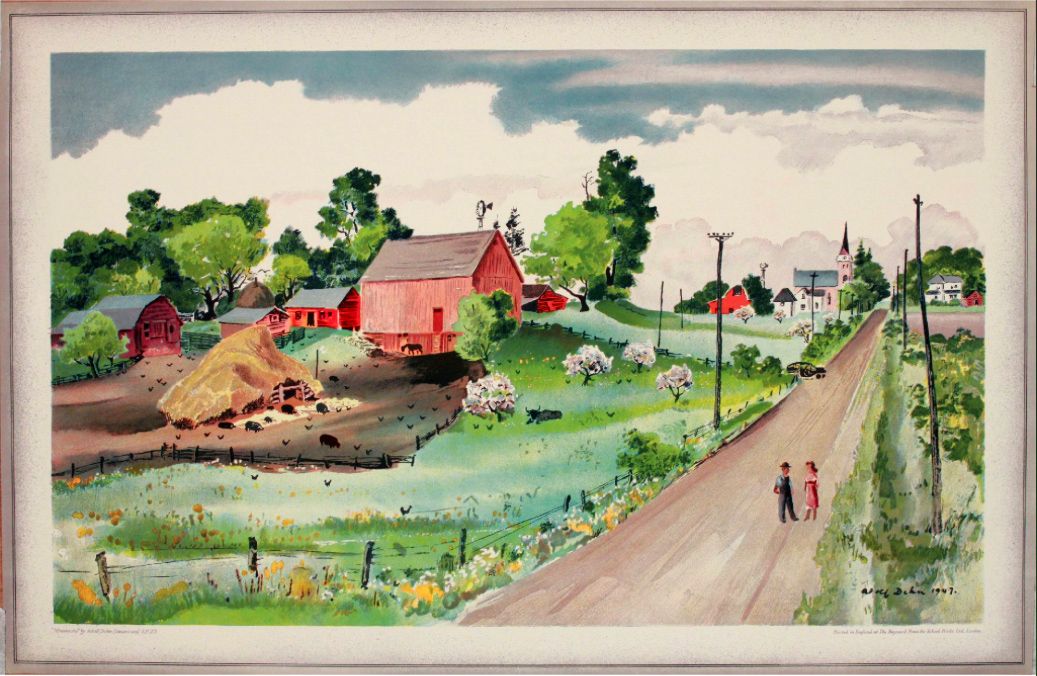 An example of this print is included in the collections of the Victoria & Albert Museum and the Tate Gallery: https://www.tate.org.uk/art/artists/adolf-dehn-989

Adolf Dehn (1895 – 1968) was an American painter, caricaturist and lithographer, known for his work in a number of important American art movements.

Dehn won the Guggenheim Fellowship in 1939 which allowed the artist to travel across the US. Post war his work focused on American rural life and in particular Minnesota, which this print exemplifies. A member of the National Academy of Design, works by the artist are included in the collections of the Smithsonian, the Met Museum, the Brooklyn Museum and the Tate Gallery.

SCHOOL PRINTS: Clarke Hutton (1898 – 1984) for School Prints “Harlequinade”, 1946
CLASSIC HOLLYWOOD: A Place In The Sun, 1951 – An original vintage U.S lobby card
This website uses cookies to ensure you get the best experience on our website. Find out more