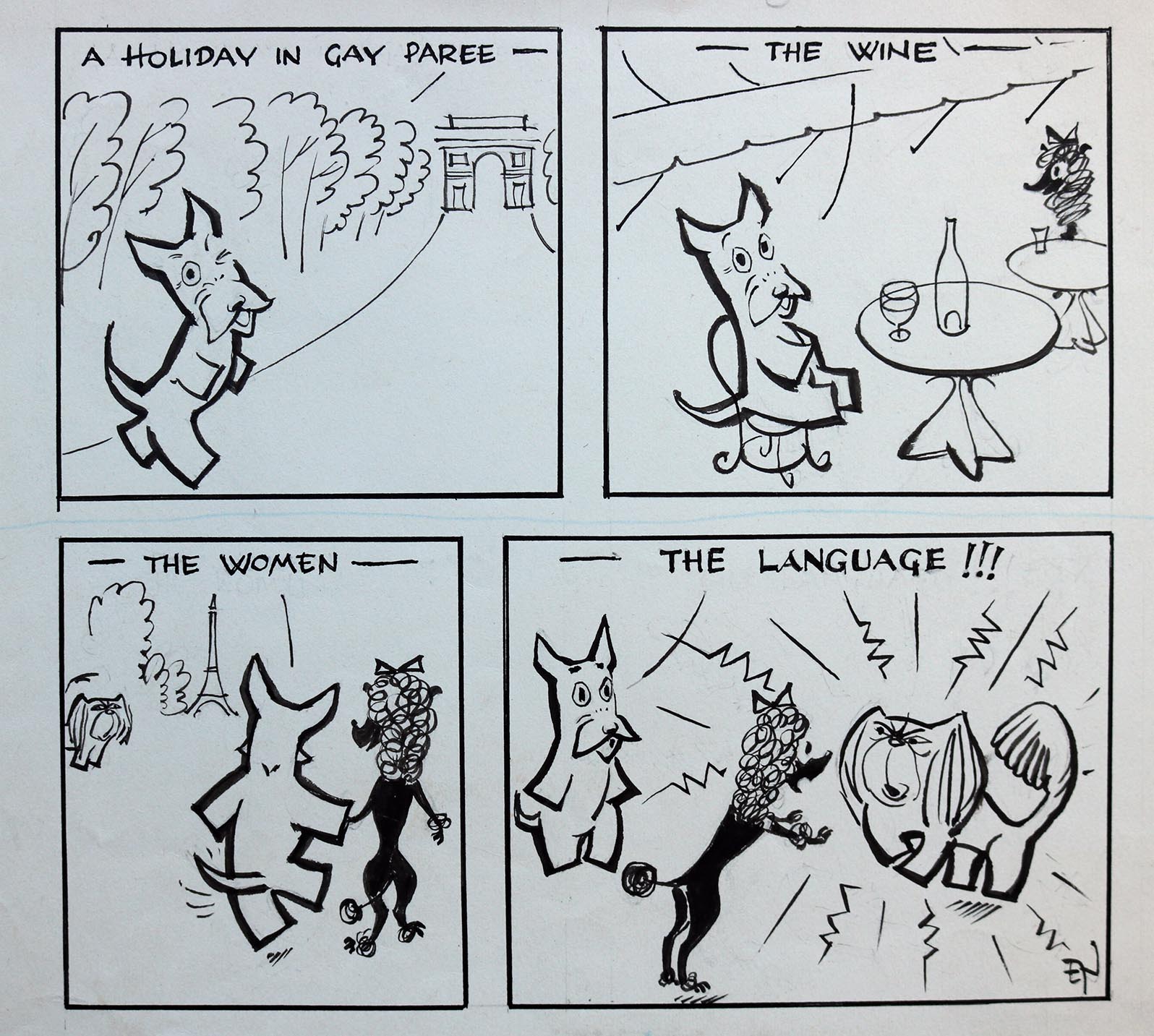 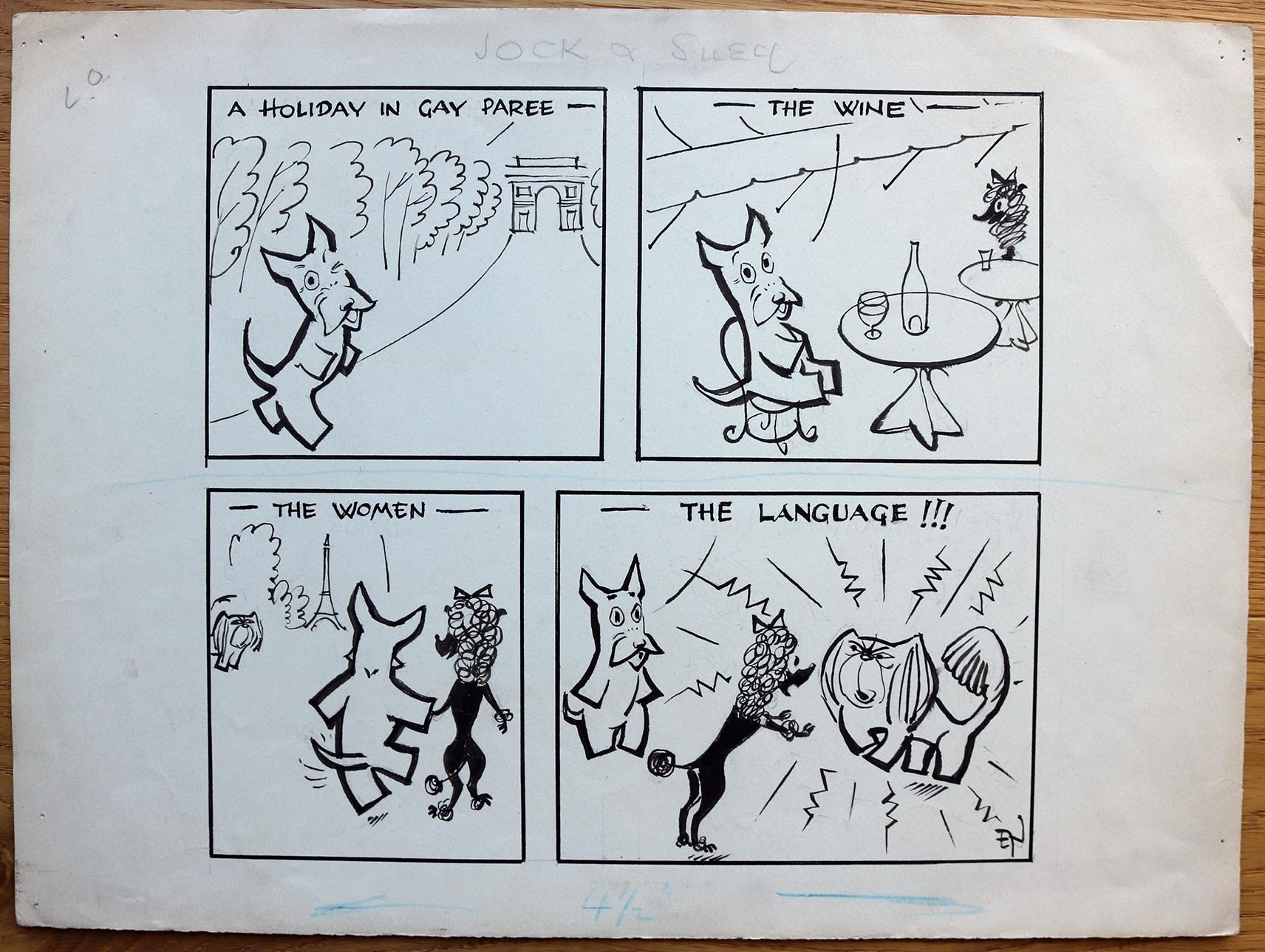 Edgar Norfield (1895 – 1977): An original humorous comic illustration entitled “Jock & Suey” featuring dogs in Paris, France captioned “A Holiday In Gay Paree – The Wine – The Women – The Language!!!”. The drawing in a comic strip format, circa late 1940s, was possibly created for Punch magazine or similar publication. The strip features a Scottie dog in a series of scenes in Paris with a poodle.

The work is in ink and pencil on paper, initialled by the artist “E.N” to lower right corner

Edgar Norfield (1895 – 1977) was a British illustrator, cartoonist and painter. Originally born in Cambridge, he studied at the Cambridge School of Art and later Hassall School of Art in London.

During his career Norfield, produced amusing and slightly risqué drawings for a number of magazines including Punch and Men Only. He frequently worked as a book illustrator for adult and children’s literature. Some of his most recognisable works are included in books by Reginald Arkell, C.R. Benstead and Paul Gallico.

Norfield was known for his work featuring dogs, which included illustrations for the “Rags” series by Lewis Dutton and for postcards with a similar theme.

To watch Edgar Norfield at work for Punch see this British Pathe film:

For further works by the artist included in our store see:

EDGAR NORFIELD (1895 – 1977): An original humorous 1940s caricature featuring a robot captioned “I’m afraid the Professors Will is going to be rather a shock to most of you”

EDGAR NORFIELD (1895 – 1977): An original humorous 1940s caricature featuring a robot captioned “I’m afraid the Professors Will is going to be rather a shock to most of you”
EDGAR NORFIELD (1895 – 1977): An original humorous drawing featuring a Picasso inspired design entitled “All My Own Work”, 1946
This website uses cookies to ensure you get the best experience on our website. Find out more