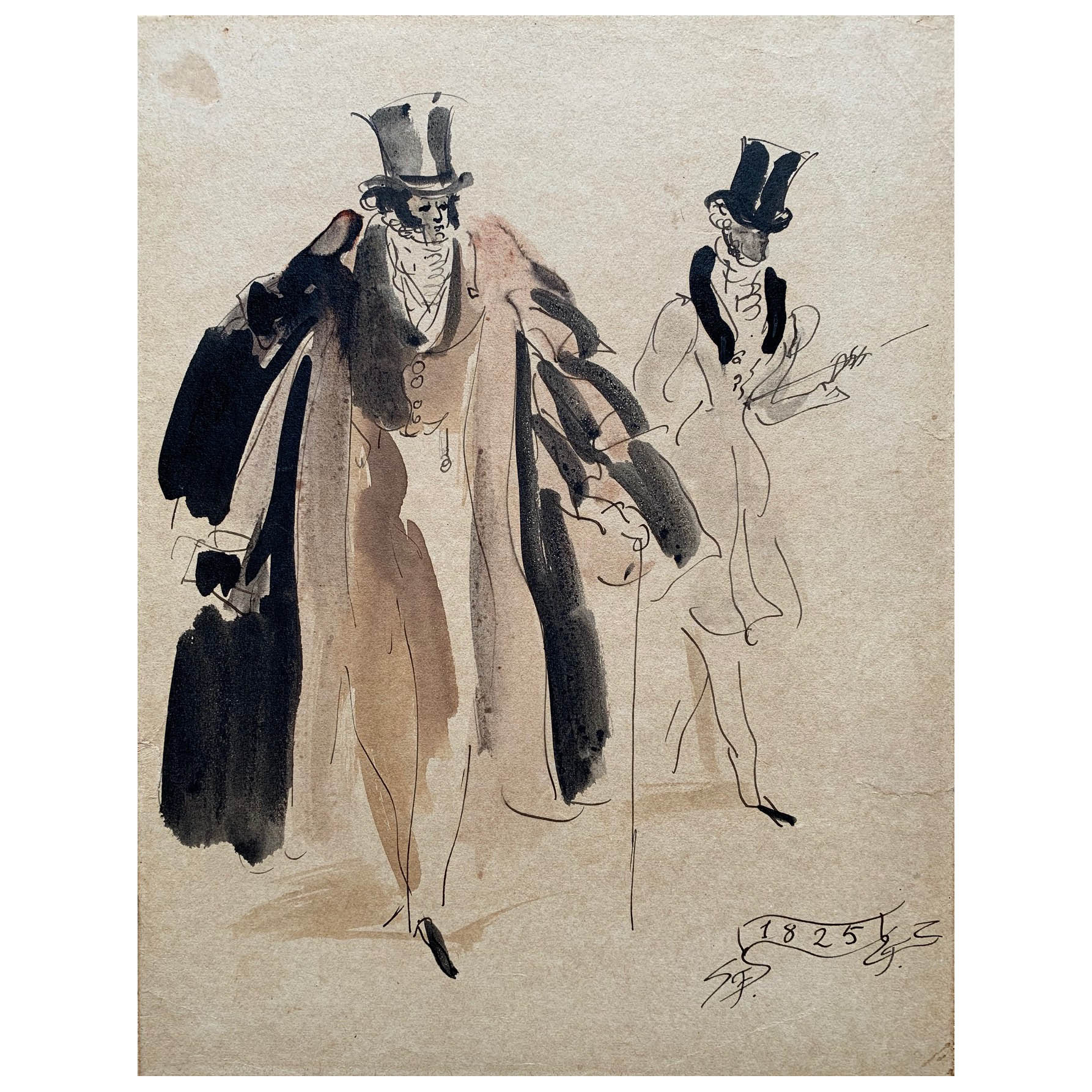 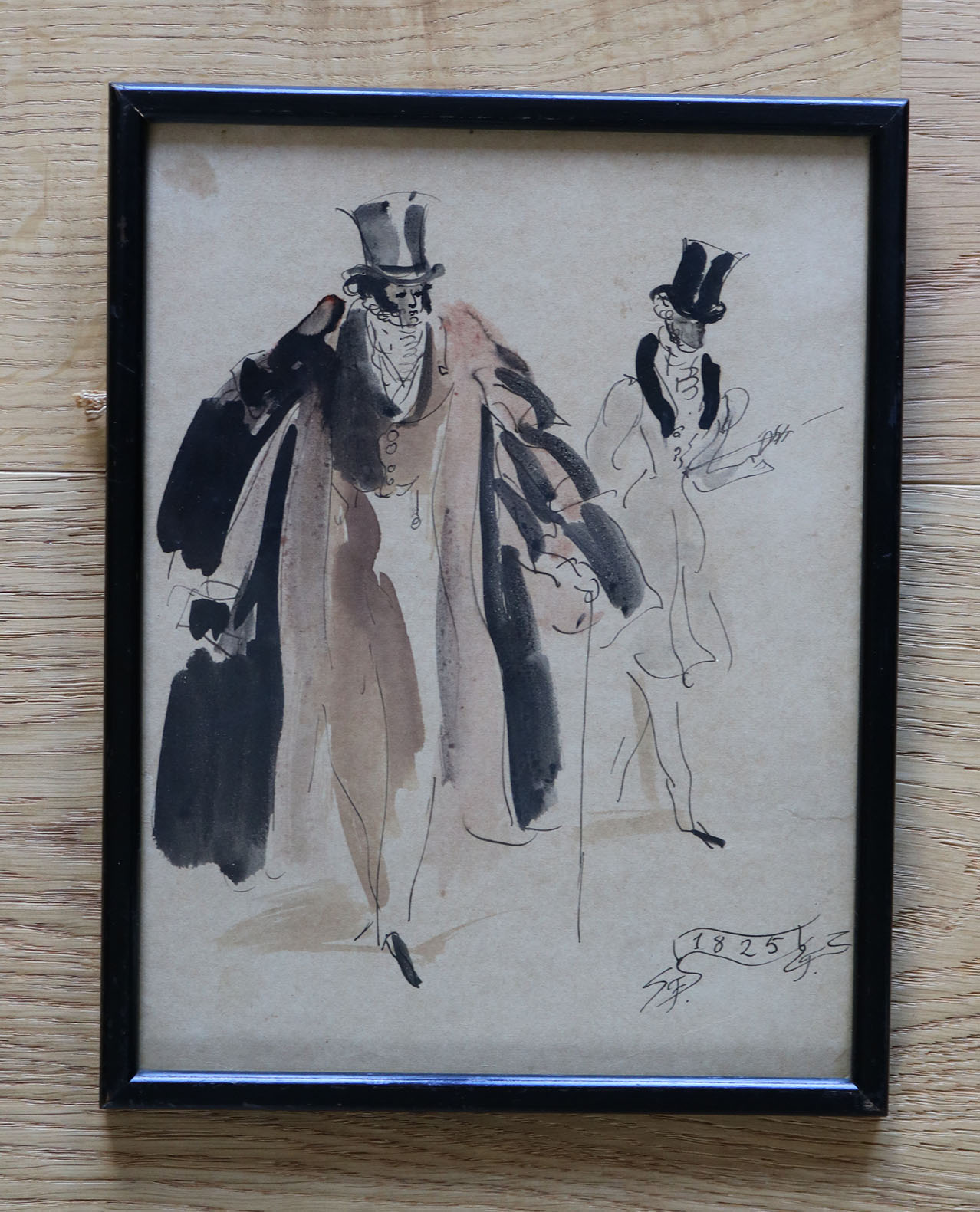 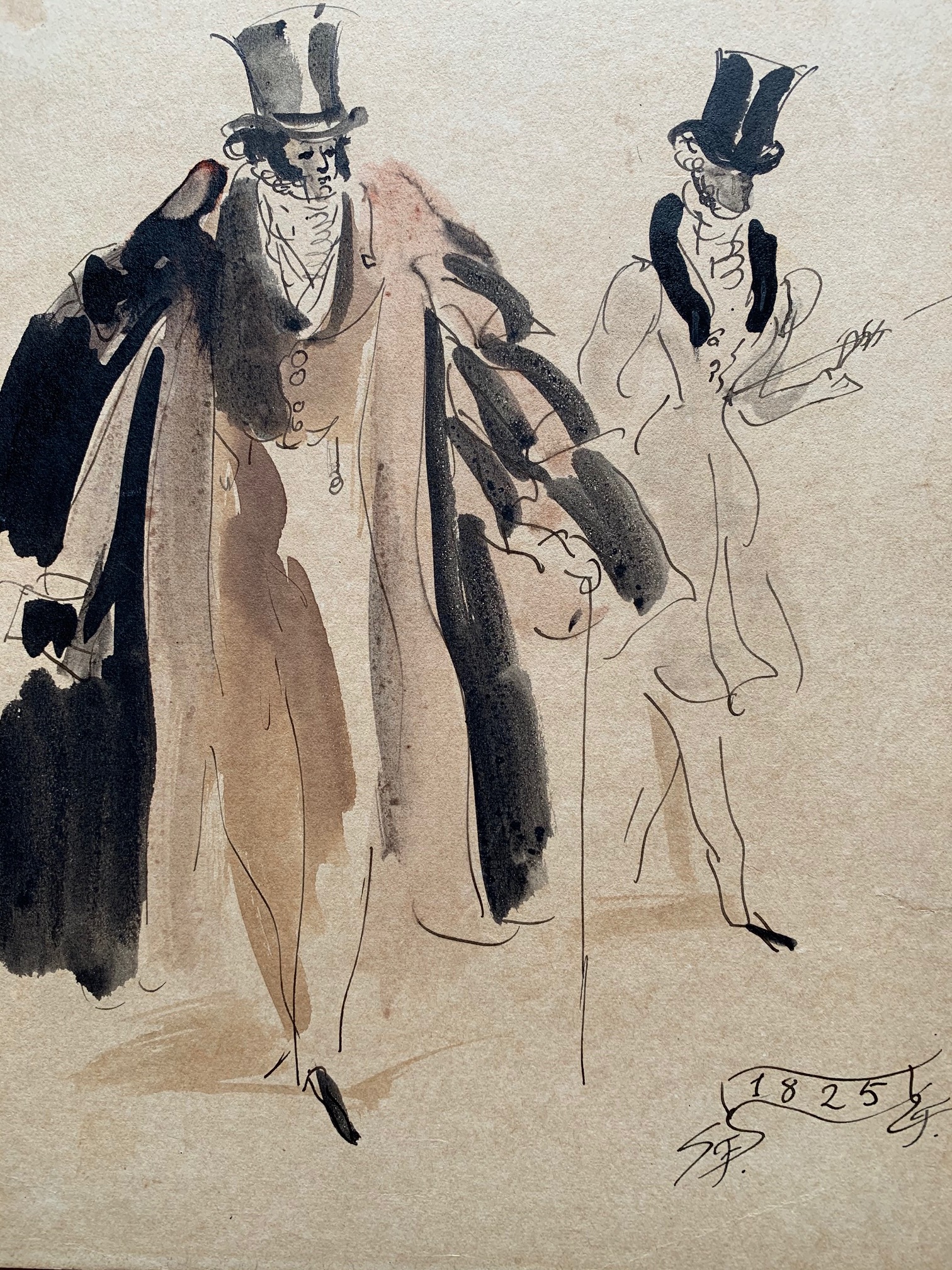 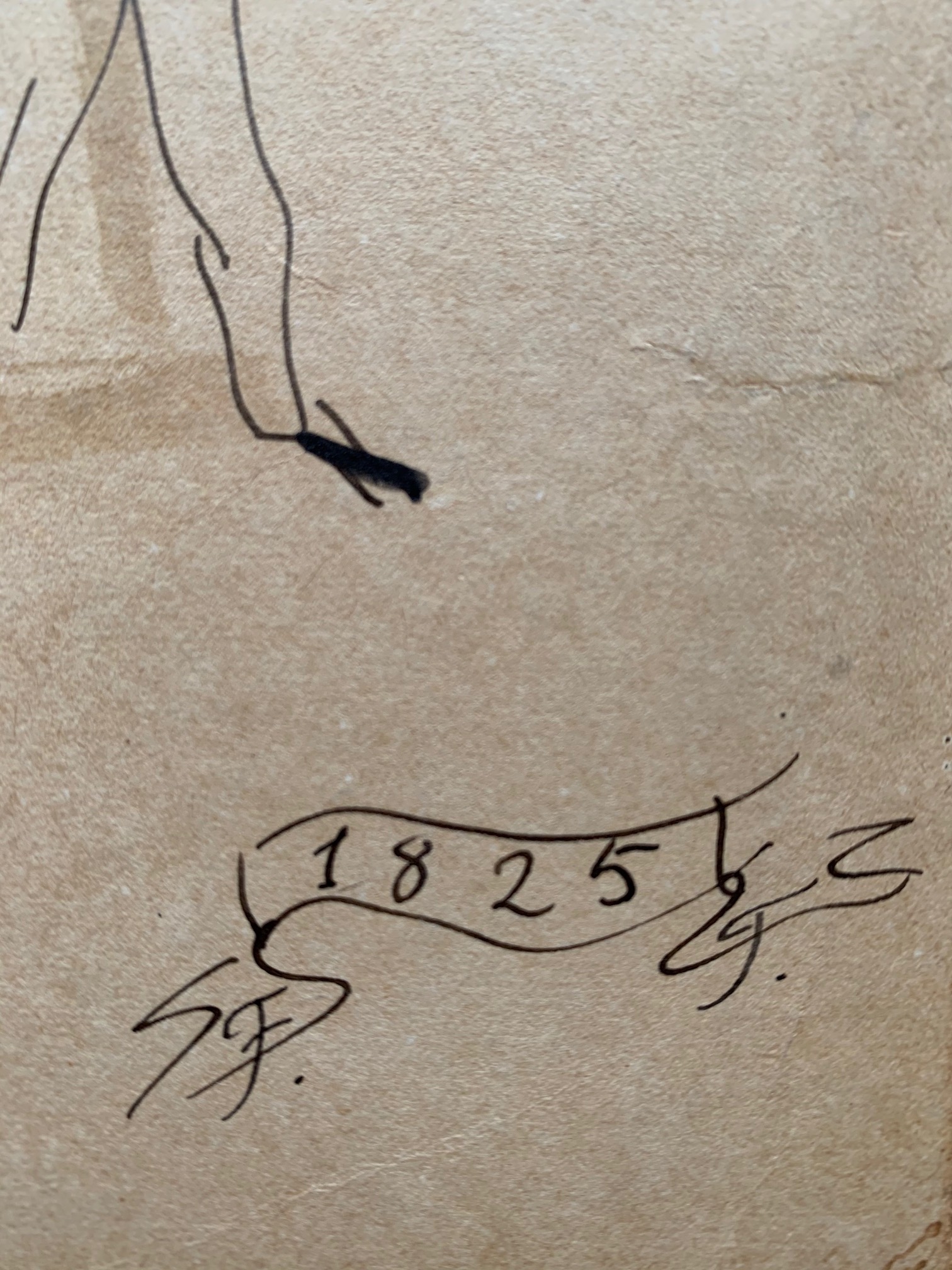 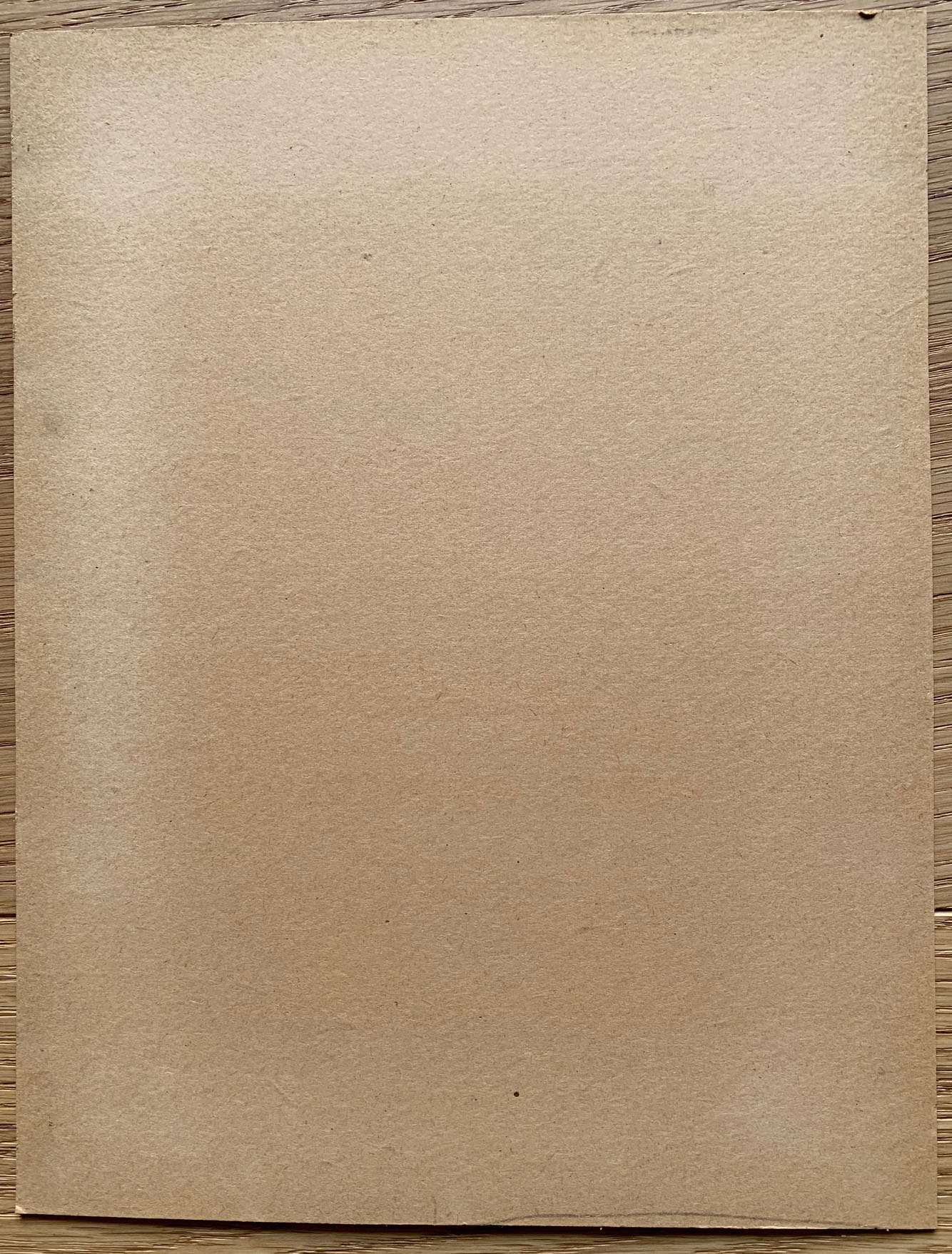 Feliks Topolski (1907-1989): An original ink and wash illustration of two gentlemen, attributed to Feliks Topolski. The design is on artists board, created circa 1930s/ 1940s possibly for an adverting campaign/ book illustration.

The drawing is initialled to”F.T” to either side of a swag with date 1825 (referring to the attire).

The latter part of his career brought more travel where he documented important global political events in particular. Topolski was a prolific illustrator, he produced designs for numerous books, set and costume designs.

An almost identical Feliks Topolski drawing of a monk can be found in the collection of the Museum of Diplomacy and Polish Refugees in Poland.

FELIKS TOPOLSKI (1907-1989): Attributed to Feliks Topolski – An original ink and wash drawing of a monk, circa 1940s
JEAN DERVAL (1925 – 2010): An original vintage illustration, possibly for a book, featuring an interior scene of a French bistro/ café, circa 1940s
This website uses cookies to ensure you get the best experience on our website. Find out more