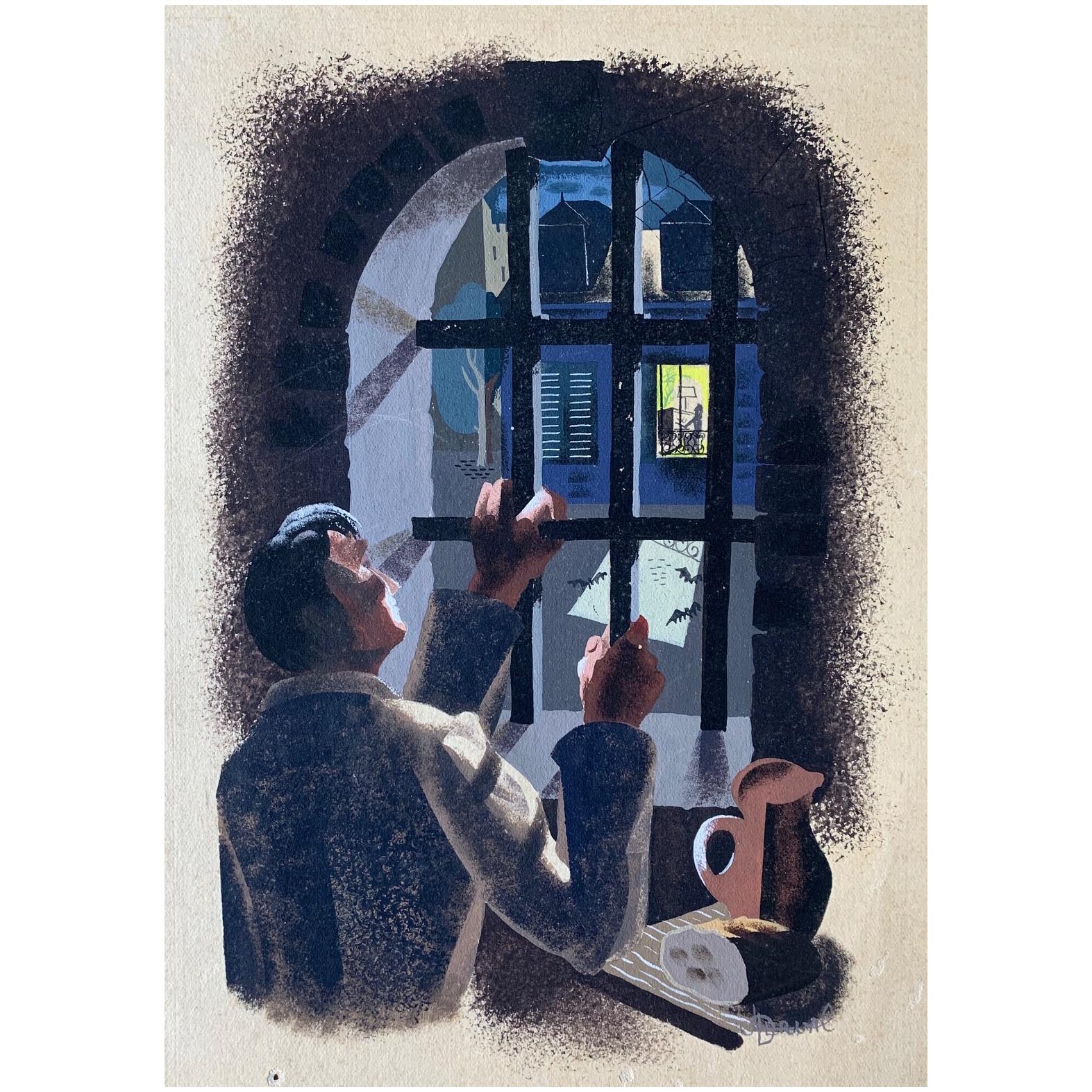 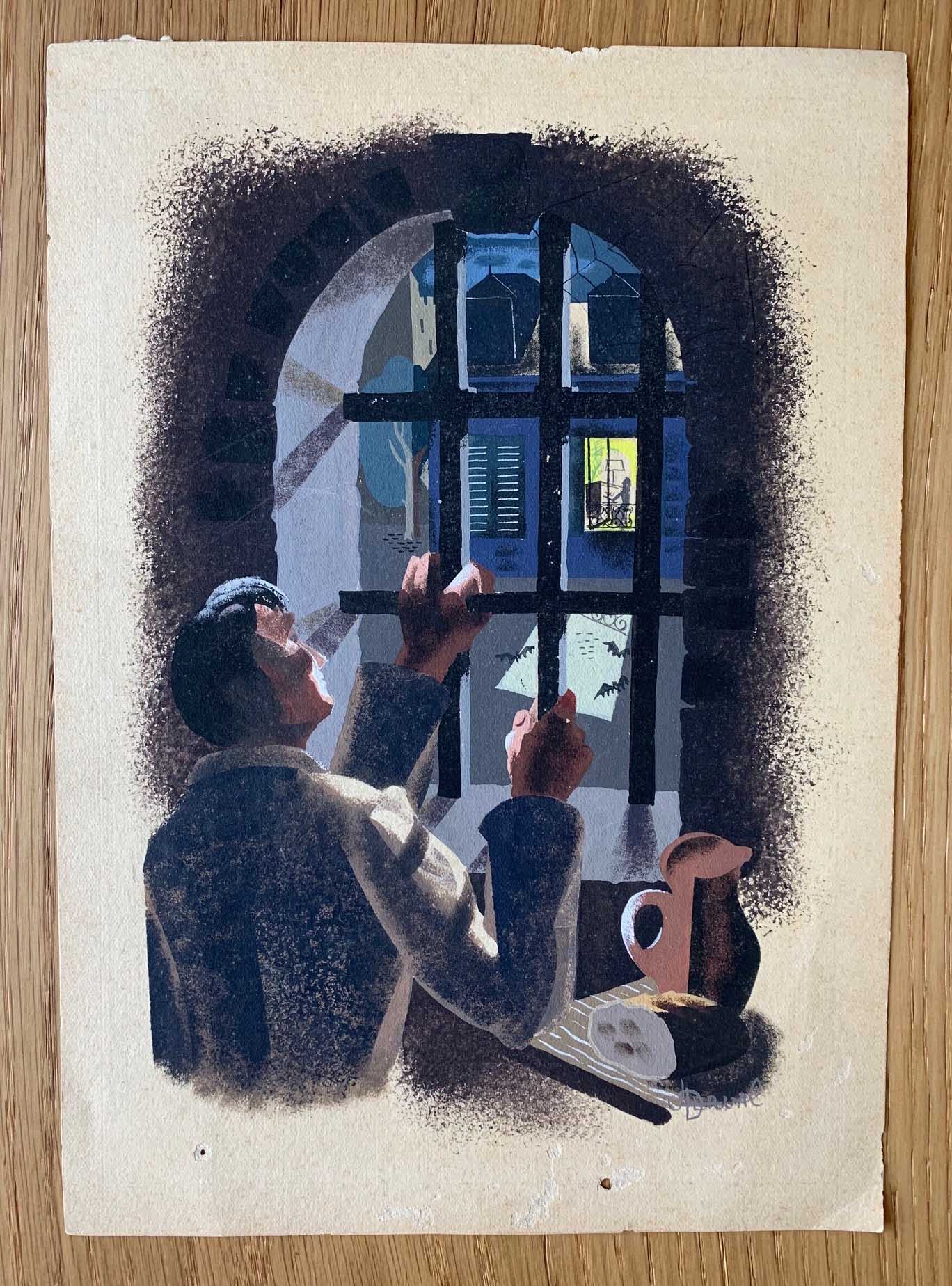 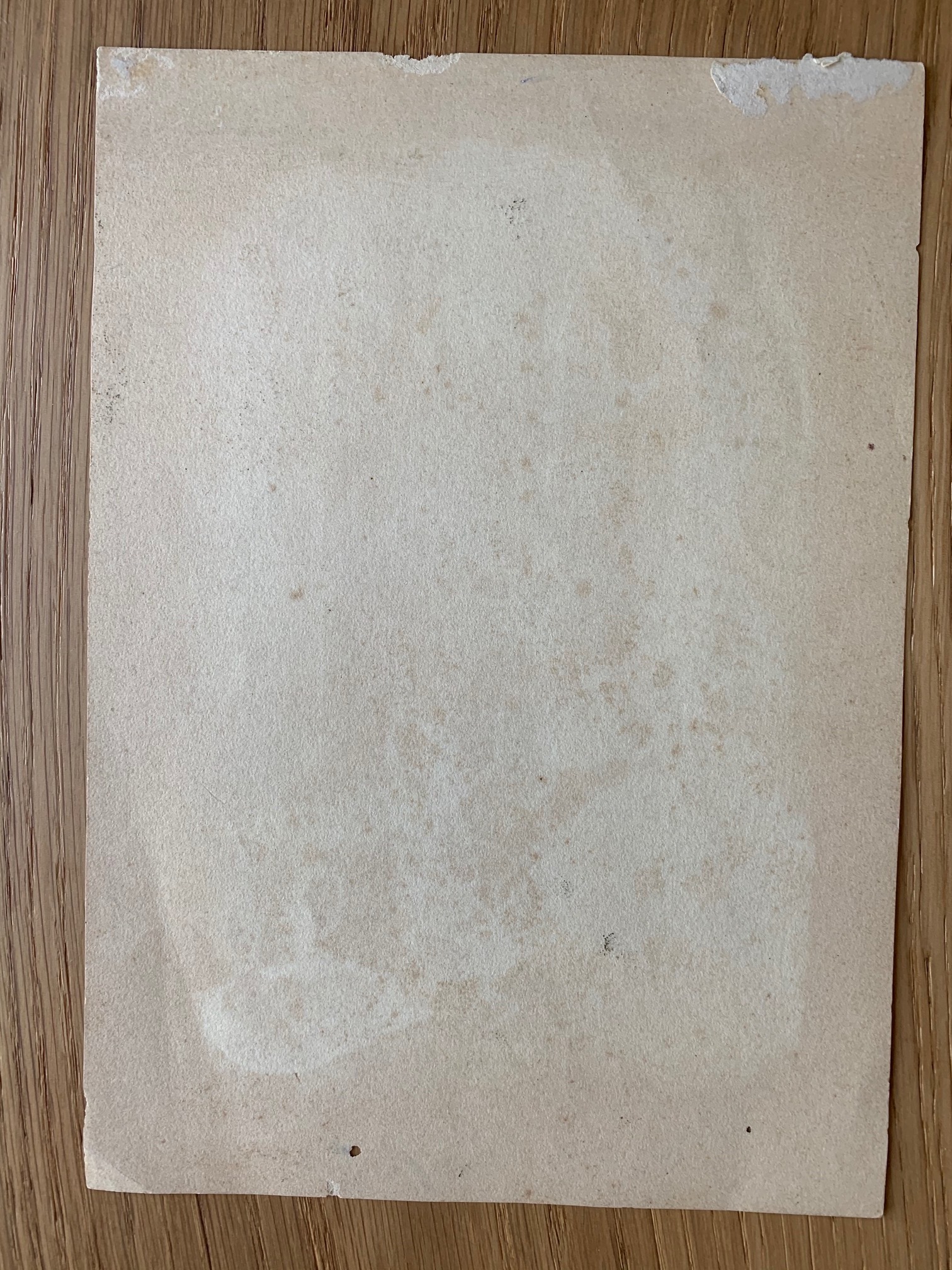 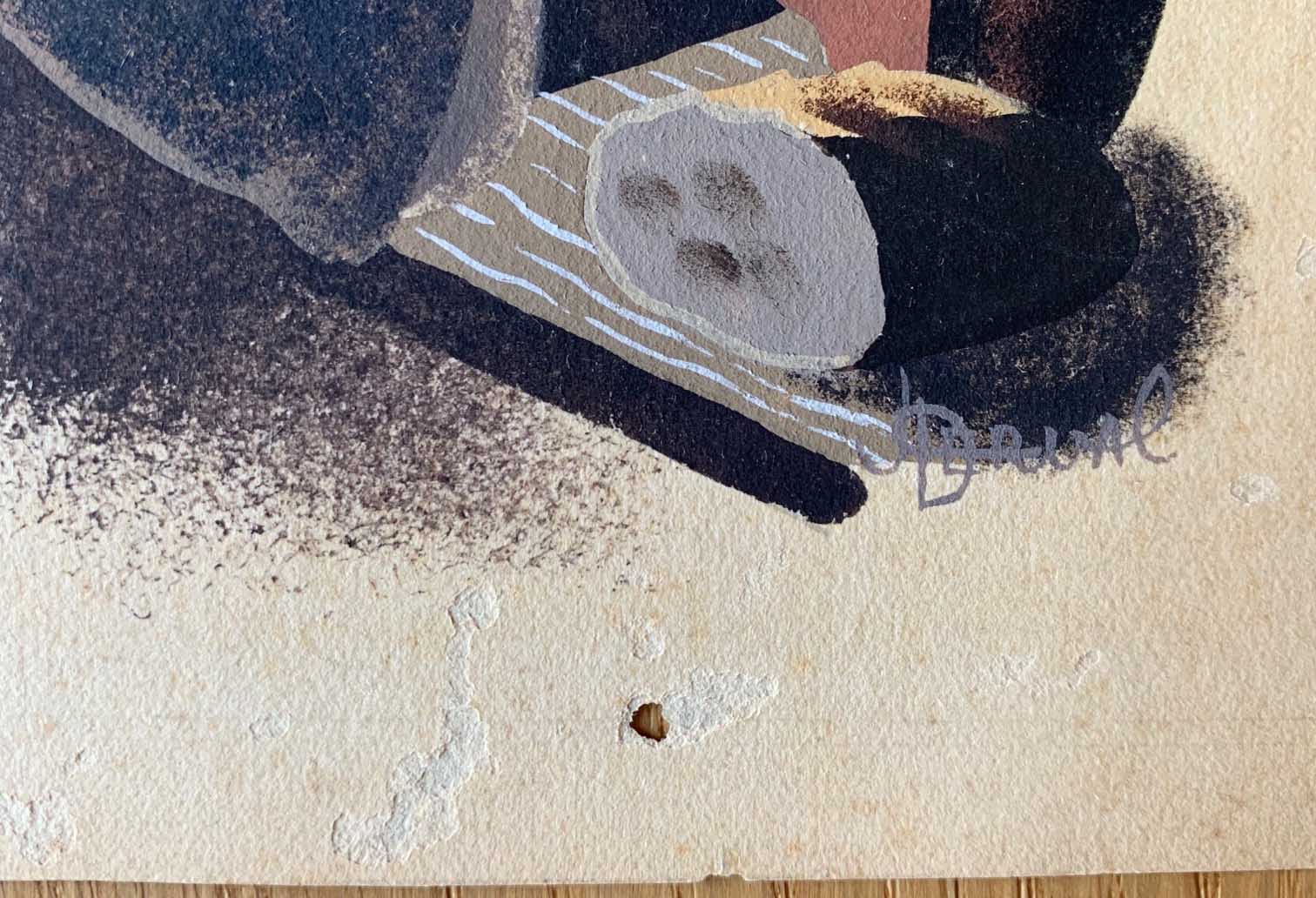 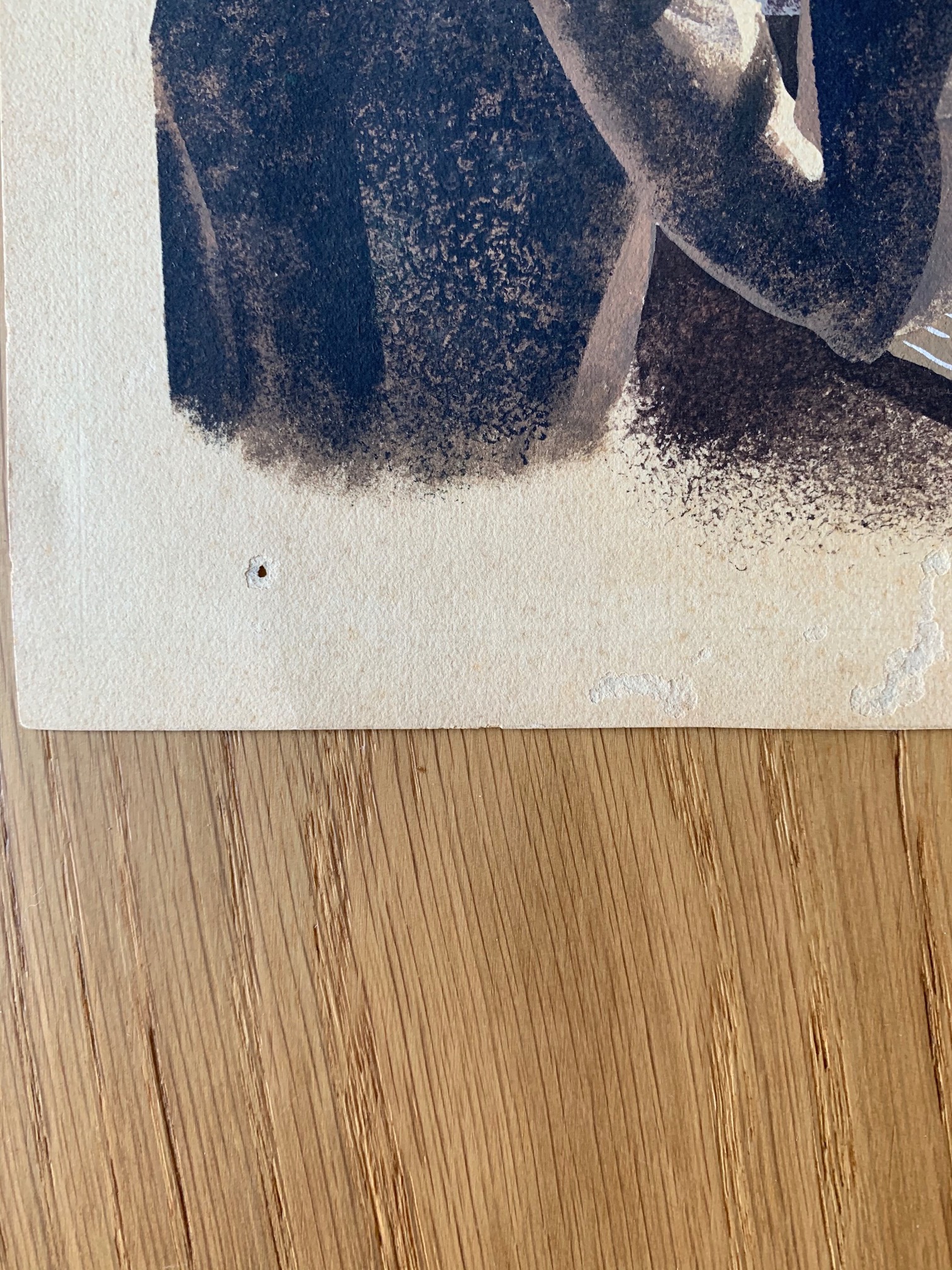 Jean Derval (1925 – 2010): The Prisoner – An original vintage illustration, possibly for a book, featuring a stylised scene of a prisoner looking out of a window, circa 1940s. The painting is in gouache on paper, and bears signature to lower right artwork.

Derval initially trained as a poster artist and Graphic Designer at the School of Applied Art in Paris. We believe this Jean Derval Prisoner illustration was produced during this period.

Further works by the artist are included in our store see JEAN DERVAL (1925 – 2010): An original vintage illustration, possibly for a book, featuring an interior scene of a French bistro/ café, circa 1940s

Condition Report: Overall good and displays well, there are some handling creases, holes to lower margin and some minor staining (see images - which offer a good account of the condition).