JEAN DERVAL (1925 – 2010): An original vintage illustration, possibly for a book, featuring an interior scene of a French bistro/ café, circa 1940s 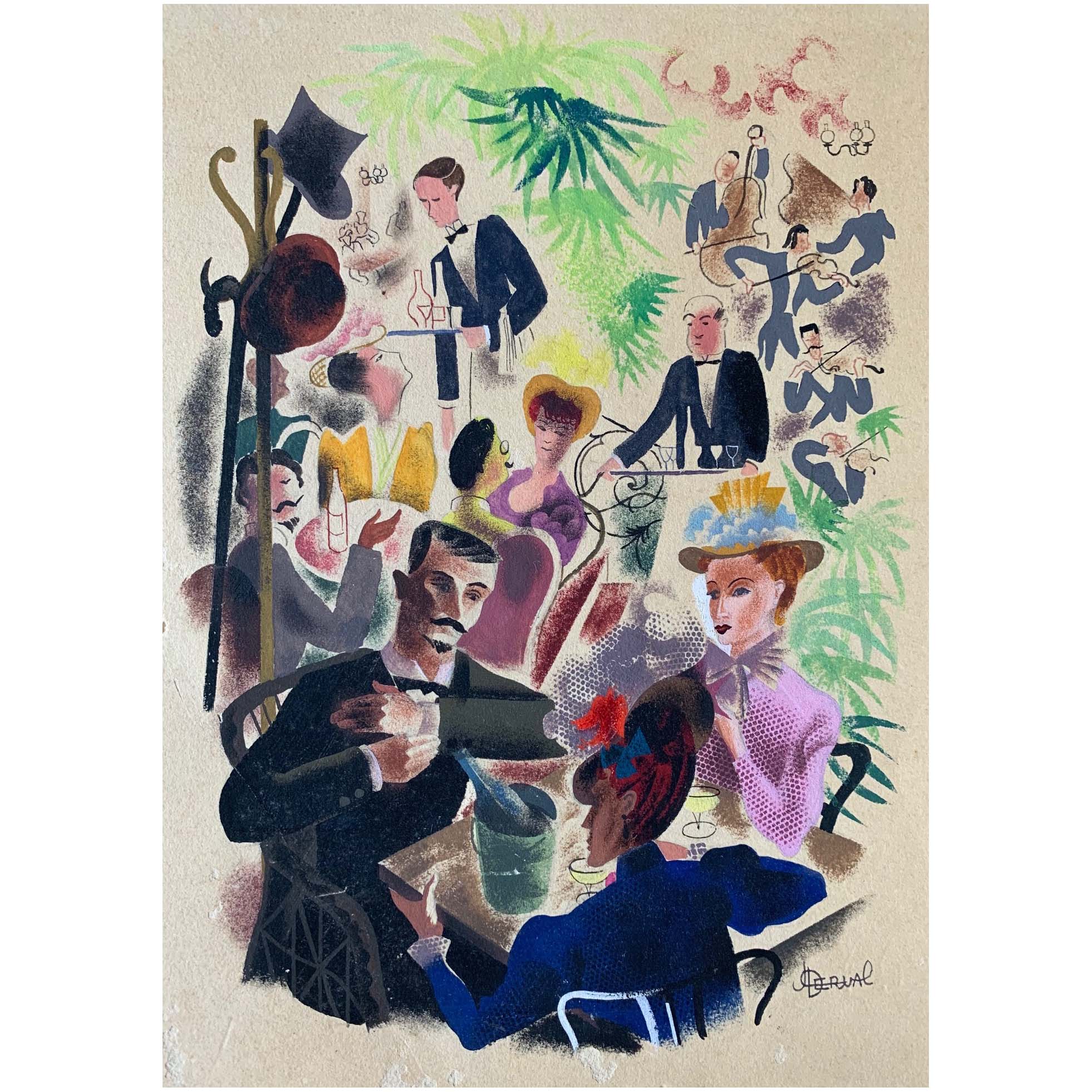 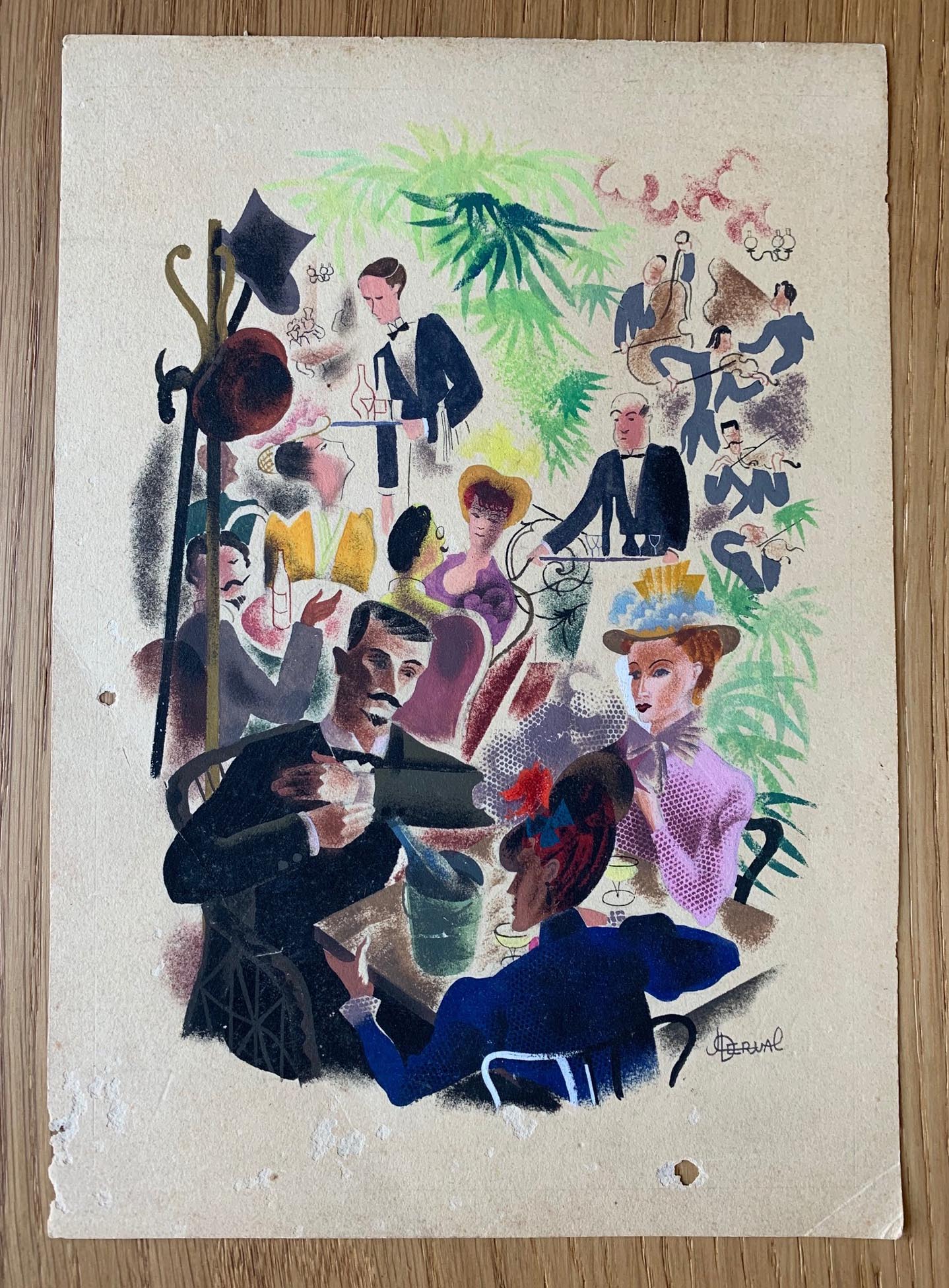 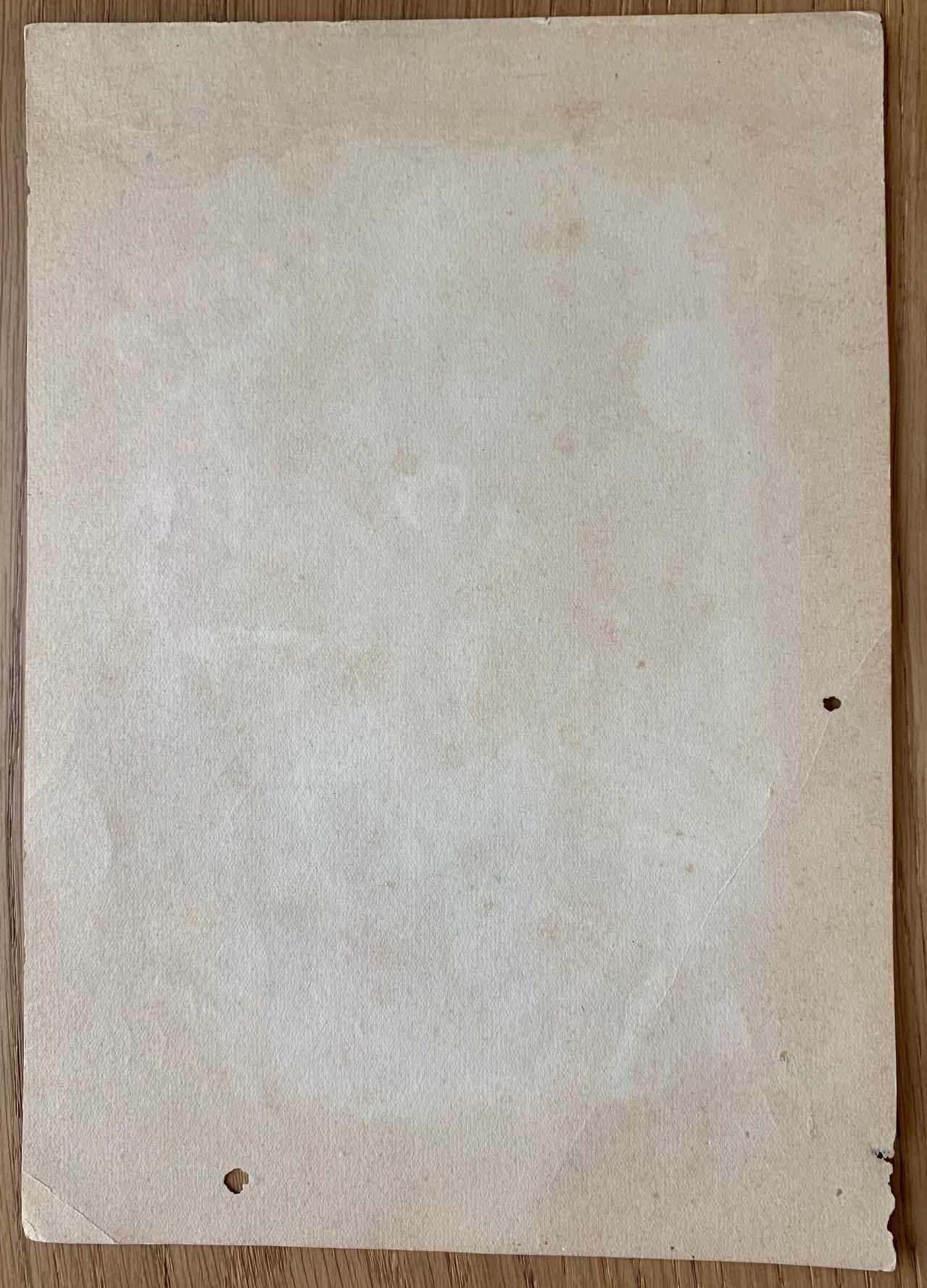 Jean Derval (1925 – 2010): An original vintage illustration, possibly for a book, featuring an interior scene of a French bistro/ café, circa 1940s. The painting is in gouache on paper, and bears signature to lower right artwork.

Derval initially trained as a poster artist and Graphic Designer at the School of Applied Art in Paris. We believe this Jean Derval illustration was produced during this period.

Condition Report: Displays well, some wear to borders of paper and holes in a places, does not effect the painting itself (see image).

FELIKS TOPOLSKI (1907-1989): Fashionable Gentlemen 1825 – An original ink and wash illustration attributed to Feliks Topolski, circa 1930s/ 1940s
JEAN DERVAL (1925 – 2010): The Prisoner – An original vintage illustration, possibly for a book, circa 1940s
This website uses cookies to ensure you get the best experience on our website. Find out more