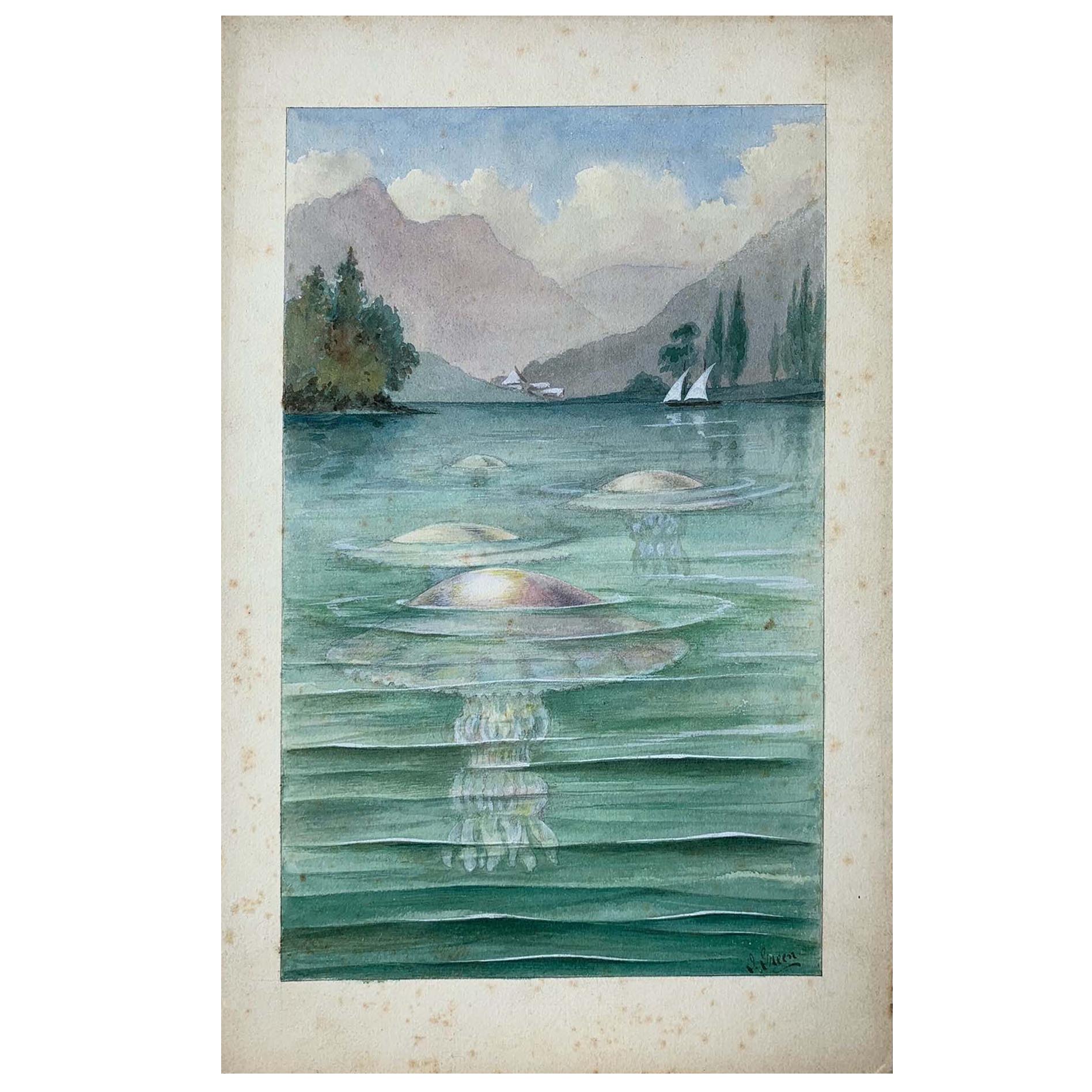 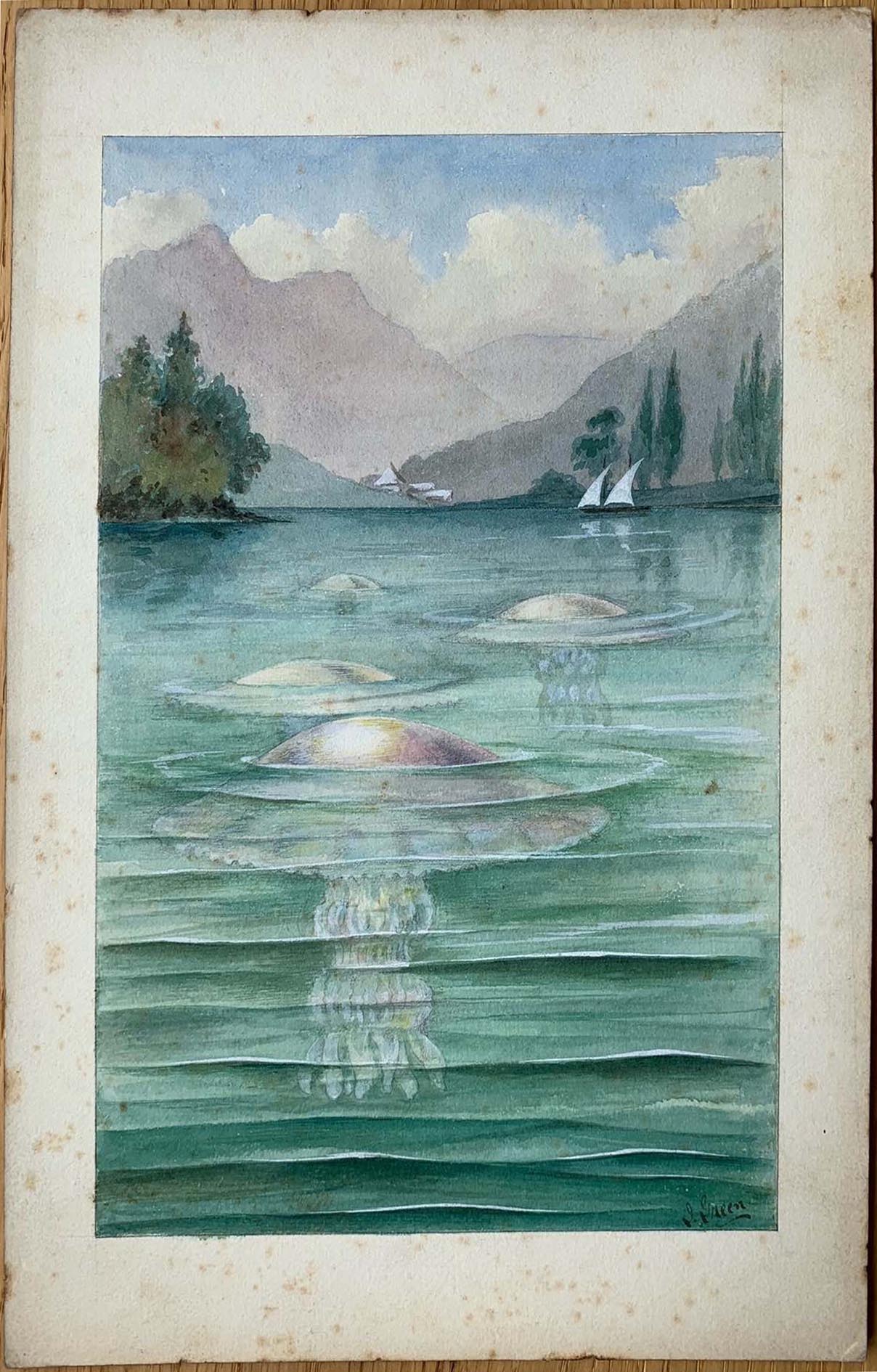 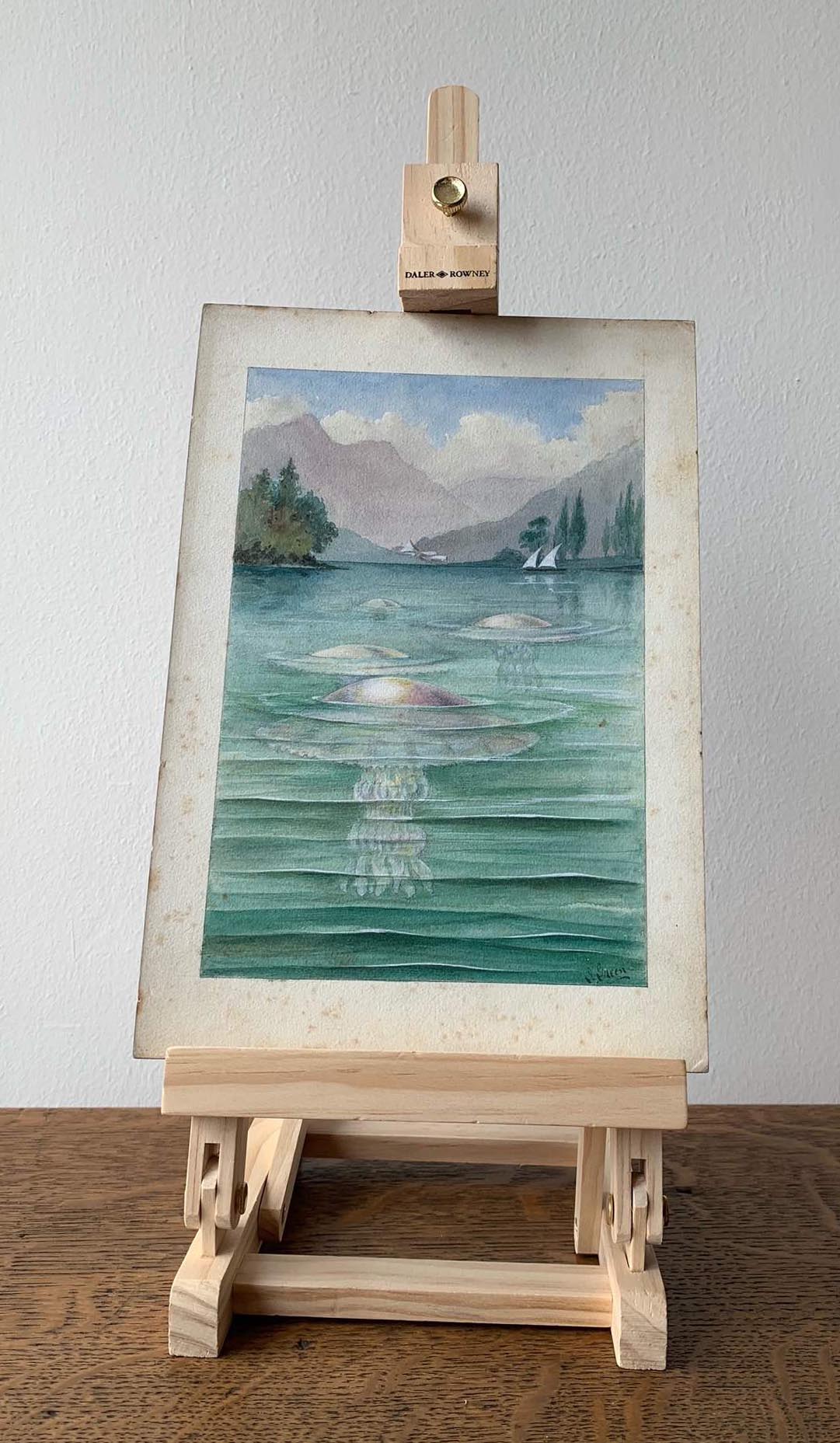 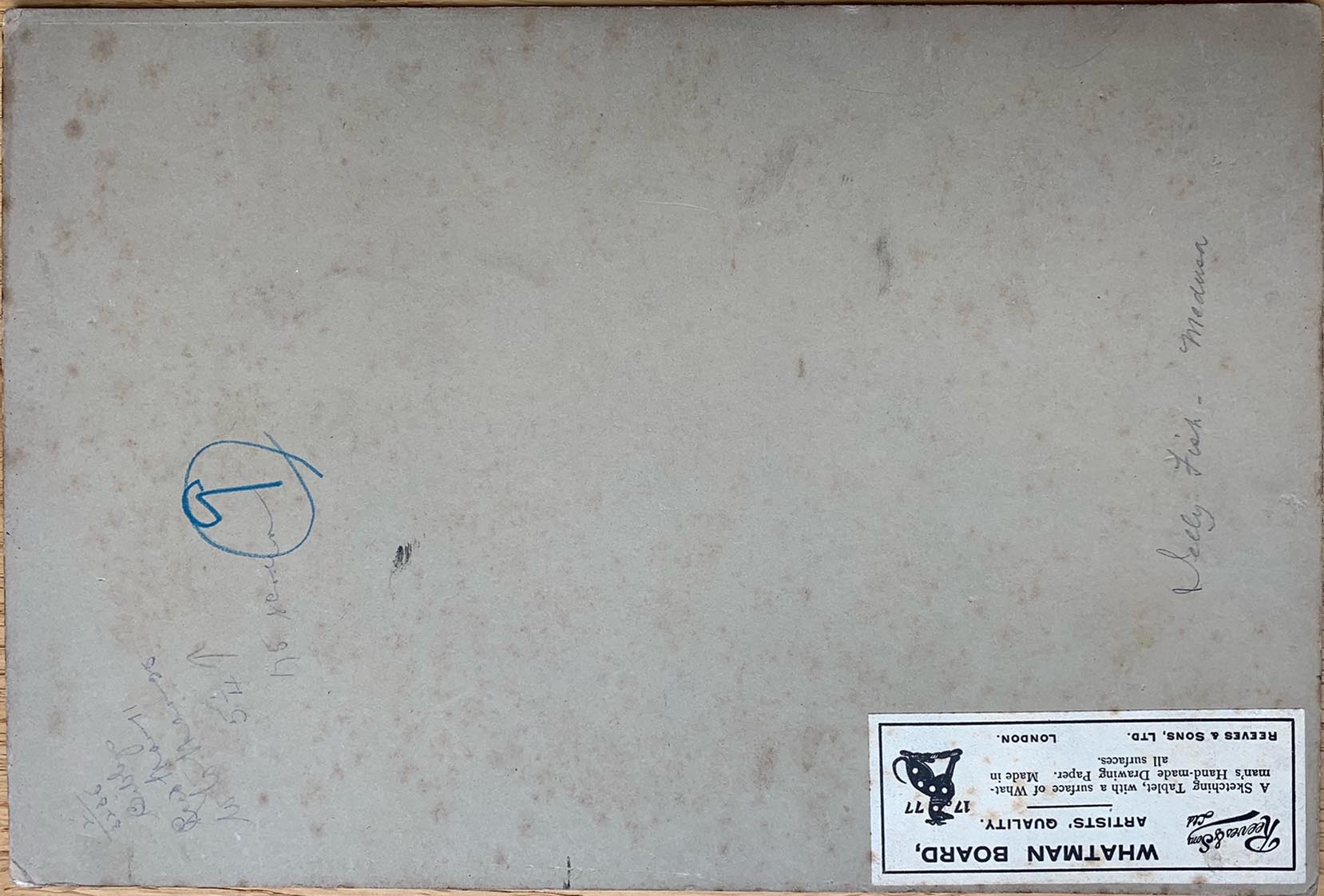 The painting has various inscriptions to reverse including: “Jelly Fish – Medusa” and “Bibby”, later inscription relating to the artist is also visible. The reverse also bears “Reeves & Son Ltd” artist board label.

This jelly fish illustration is part of a number of works by the same artist included in our store.

Several of the works included in this collection include labels relating to Ellison Hawks. Ellison Hawks (1889-1971) was a writer and publisher, known for his science and engineering publications for children as well as books on transport and motoring.

For more pieces of illustration art included in our store see VINTAGE ILLUSTRATION ART/ NATURAL HISTORY: An original illustration of a pair of Hoopoe, c. 1910s – 1920s, possibly produced for an edition of Bibby’s Annual