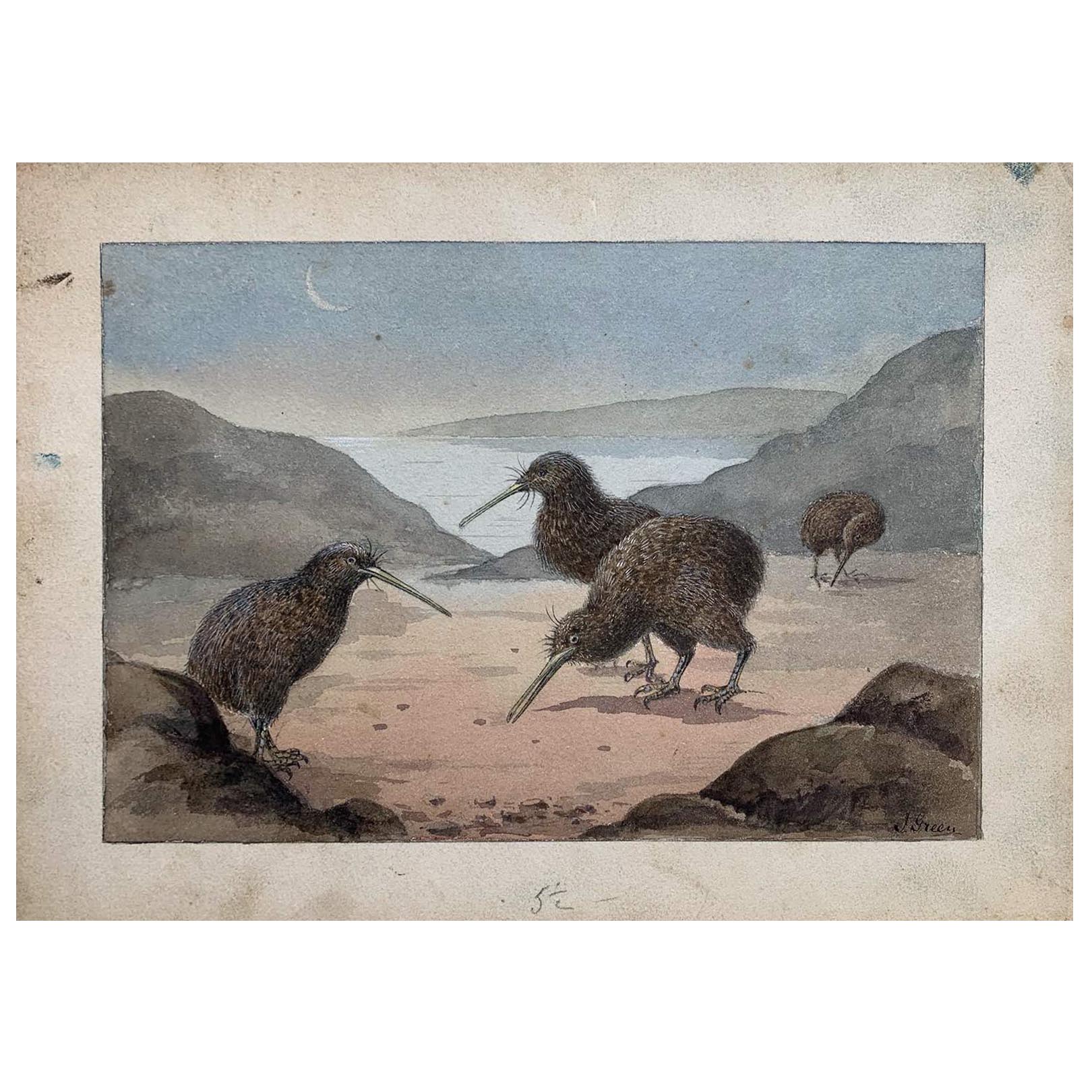 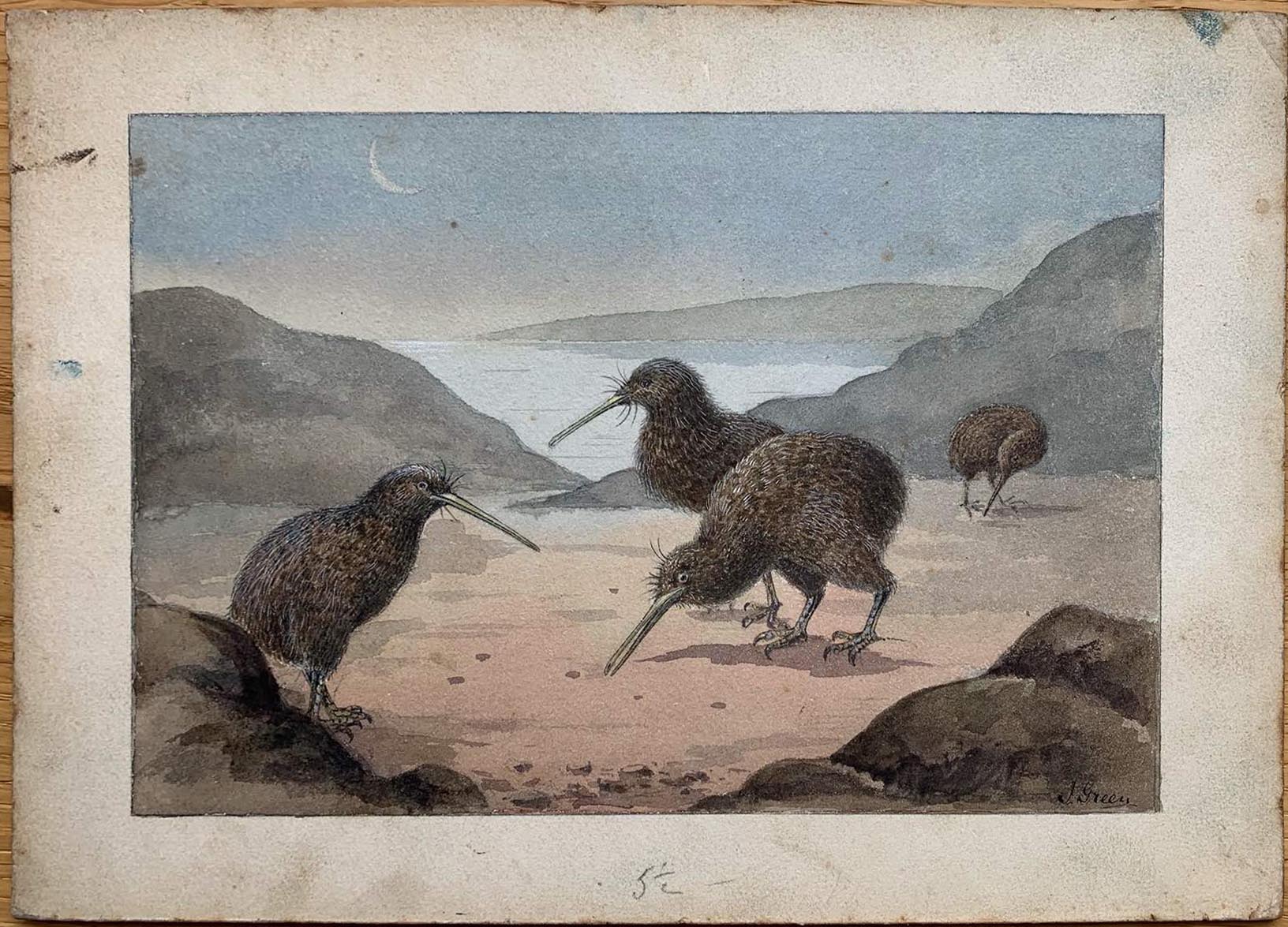 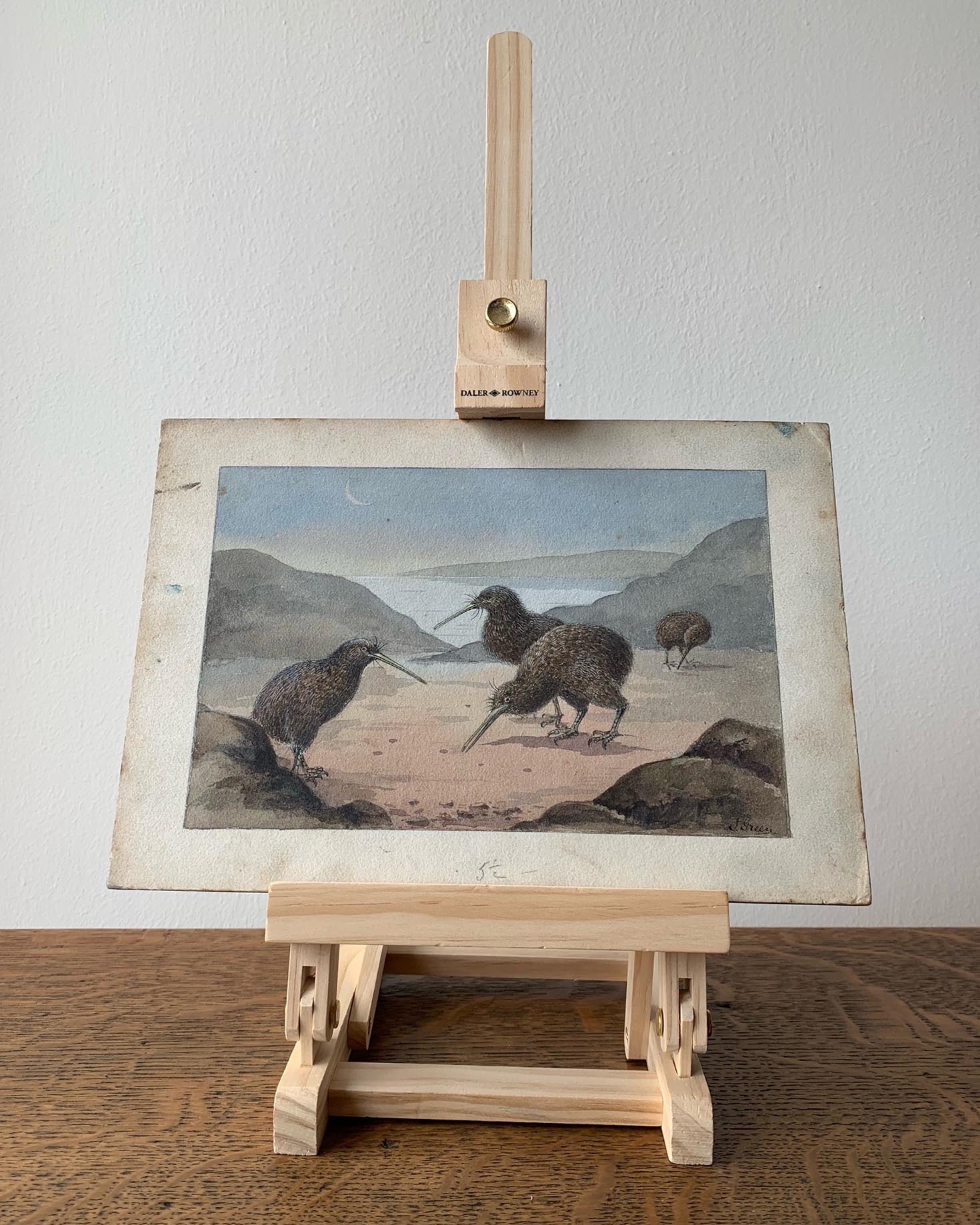 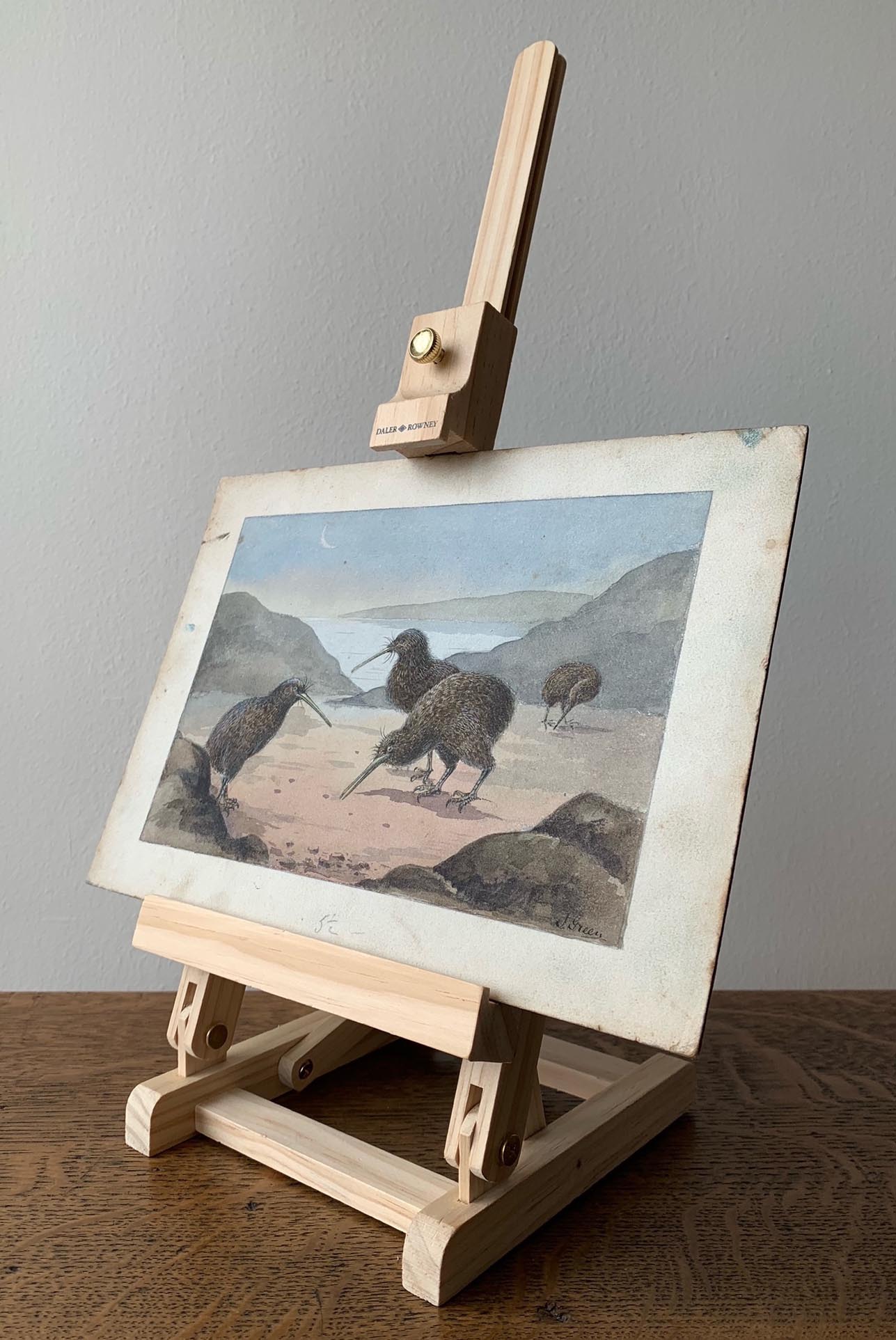 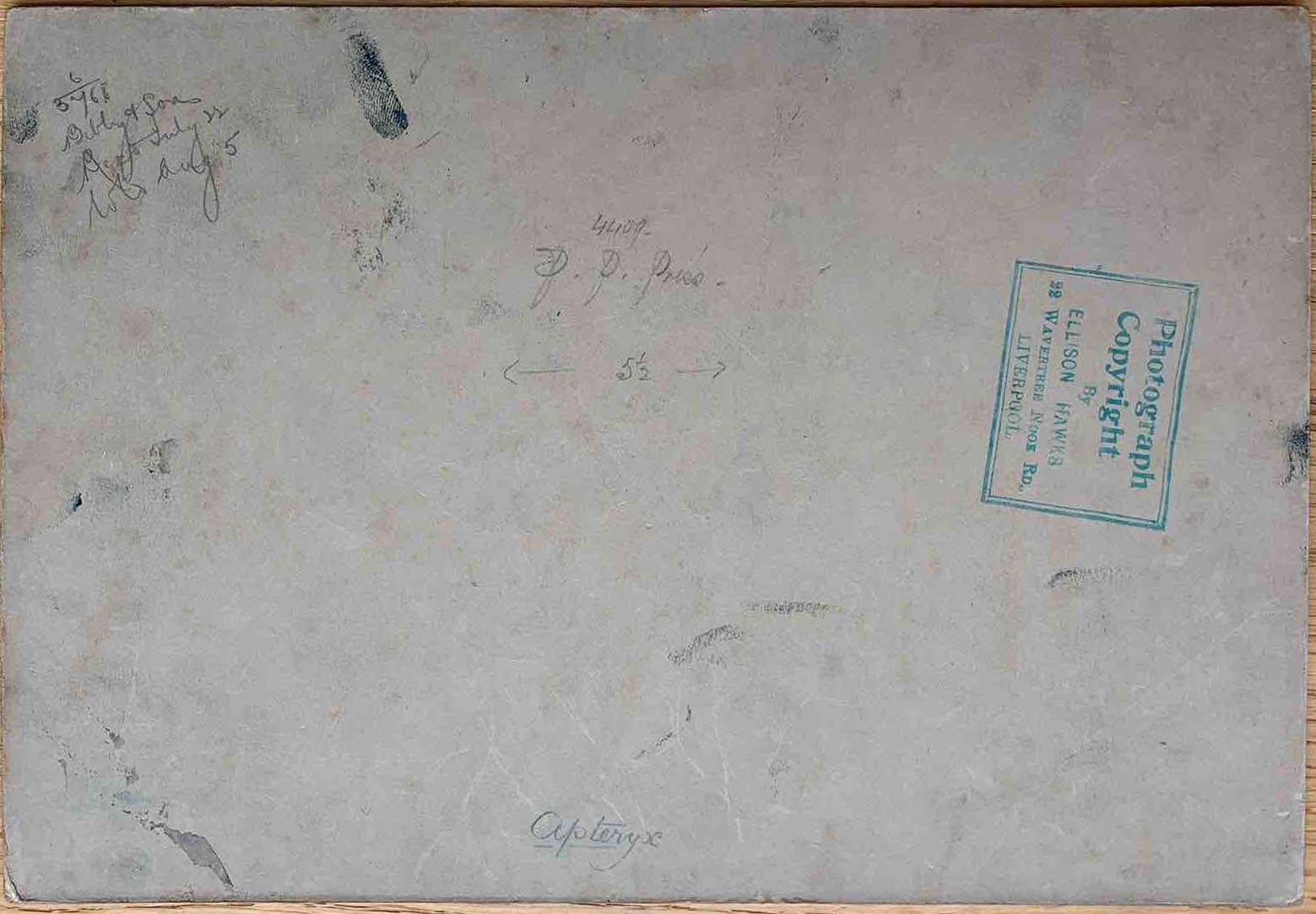 Green (unknown, active early 20th century): Natural History – An original illustration of Kiwis / Kiwi birds (Apteryx) believed to be for a book / magazine. Possibly for an edition of Bibby’s Annual.

This kiwi illustration is part of a number of works by the same artist included in our store.