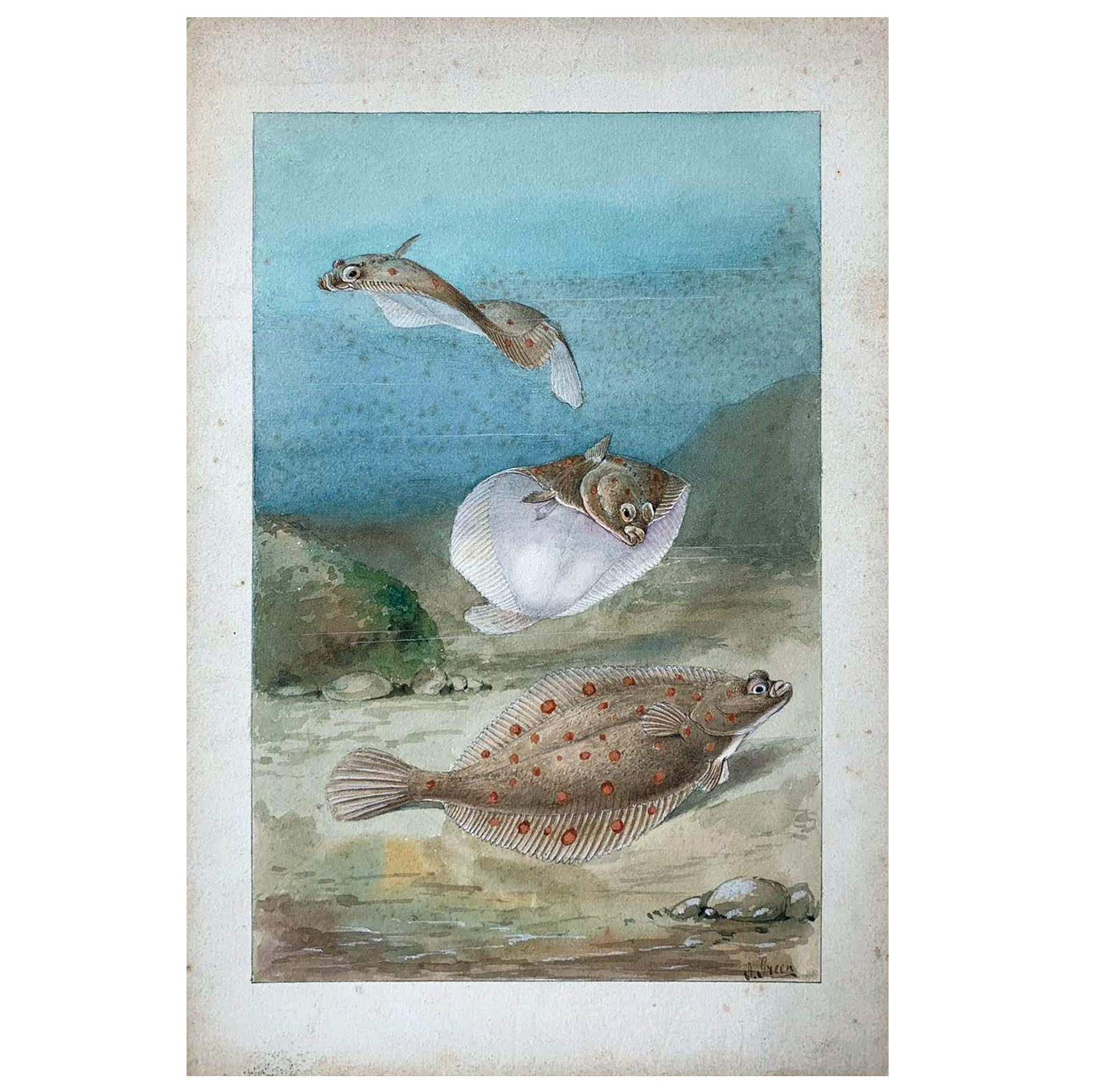 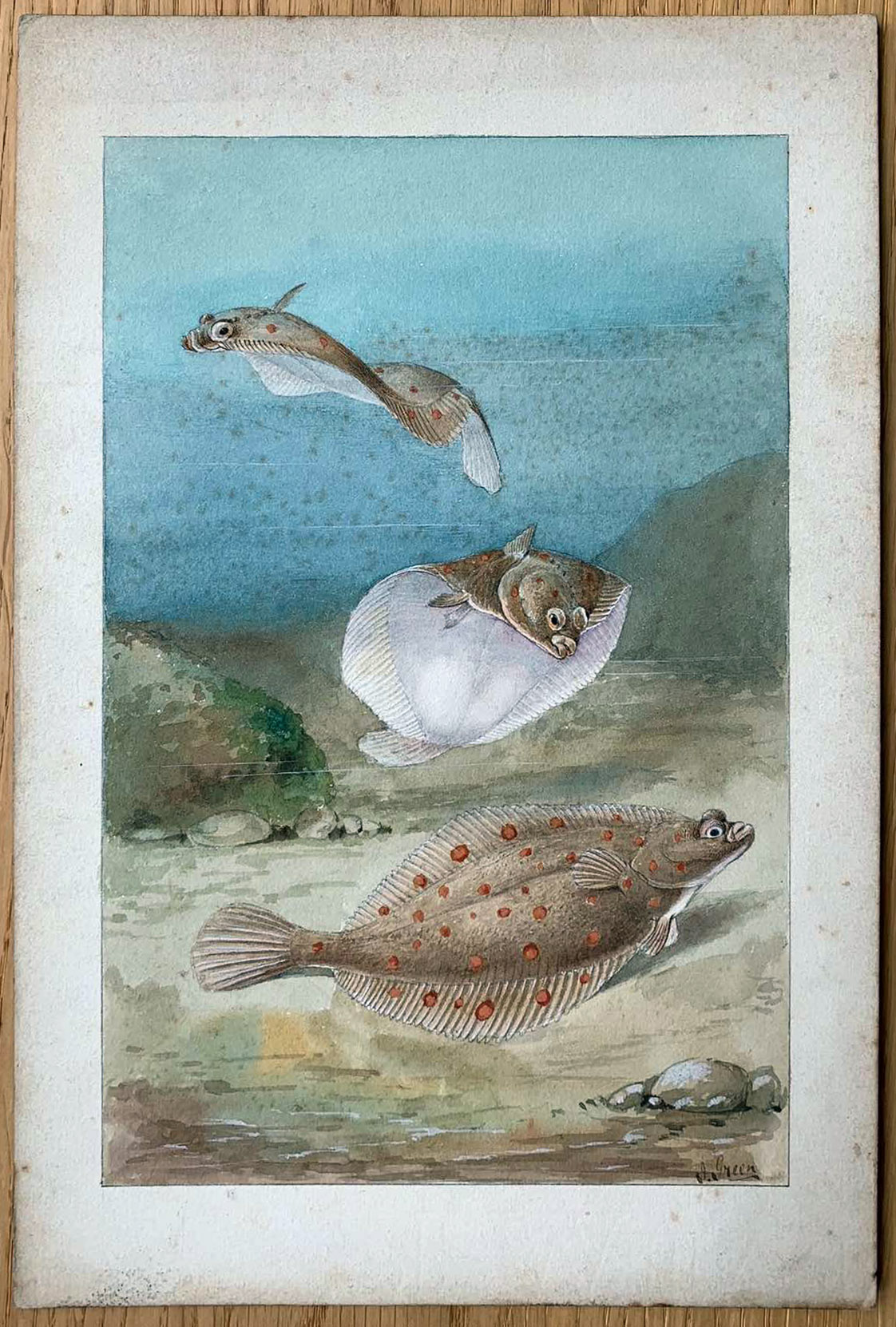 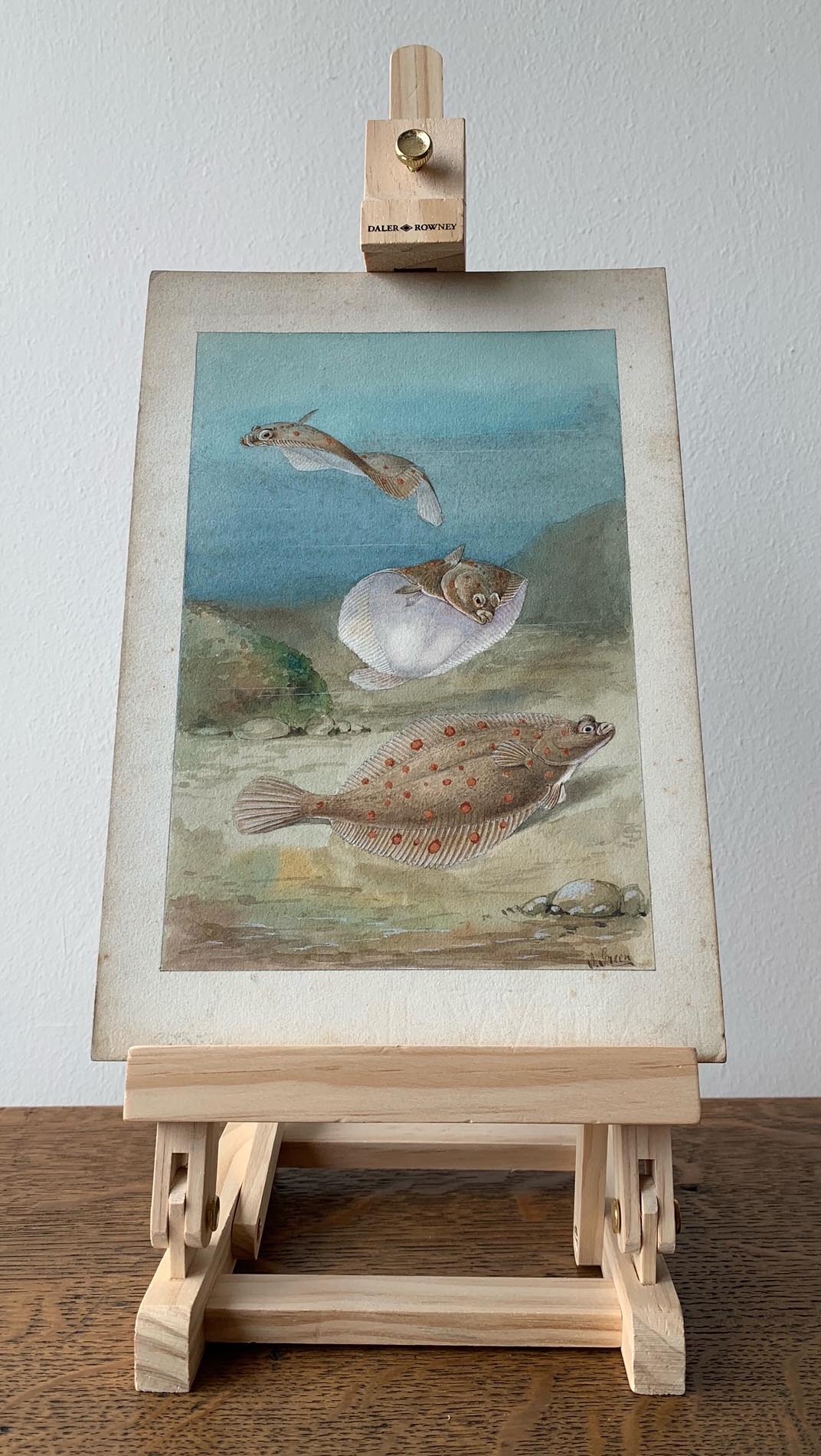 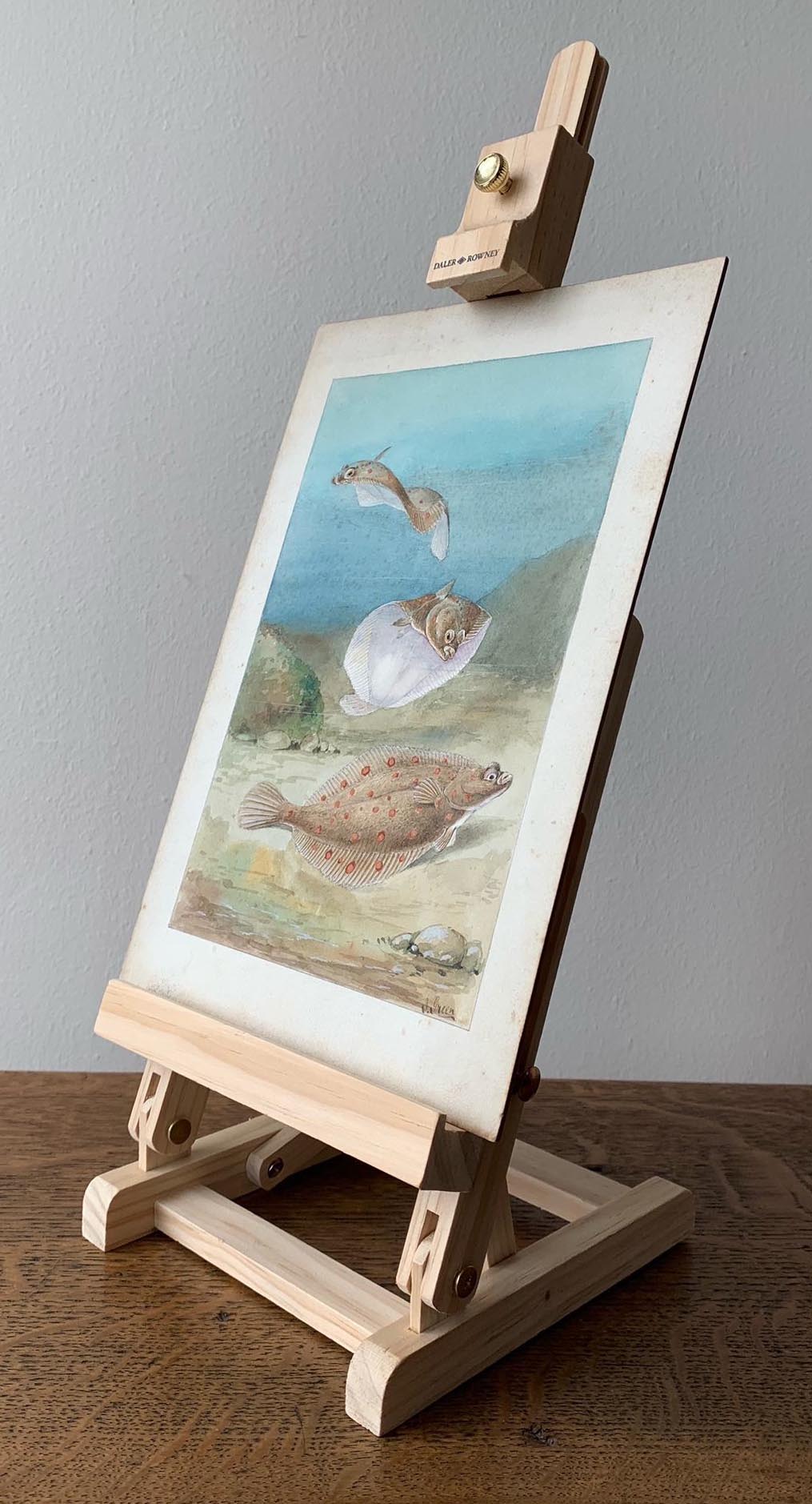 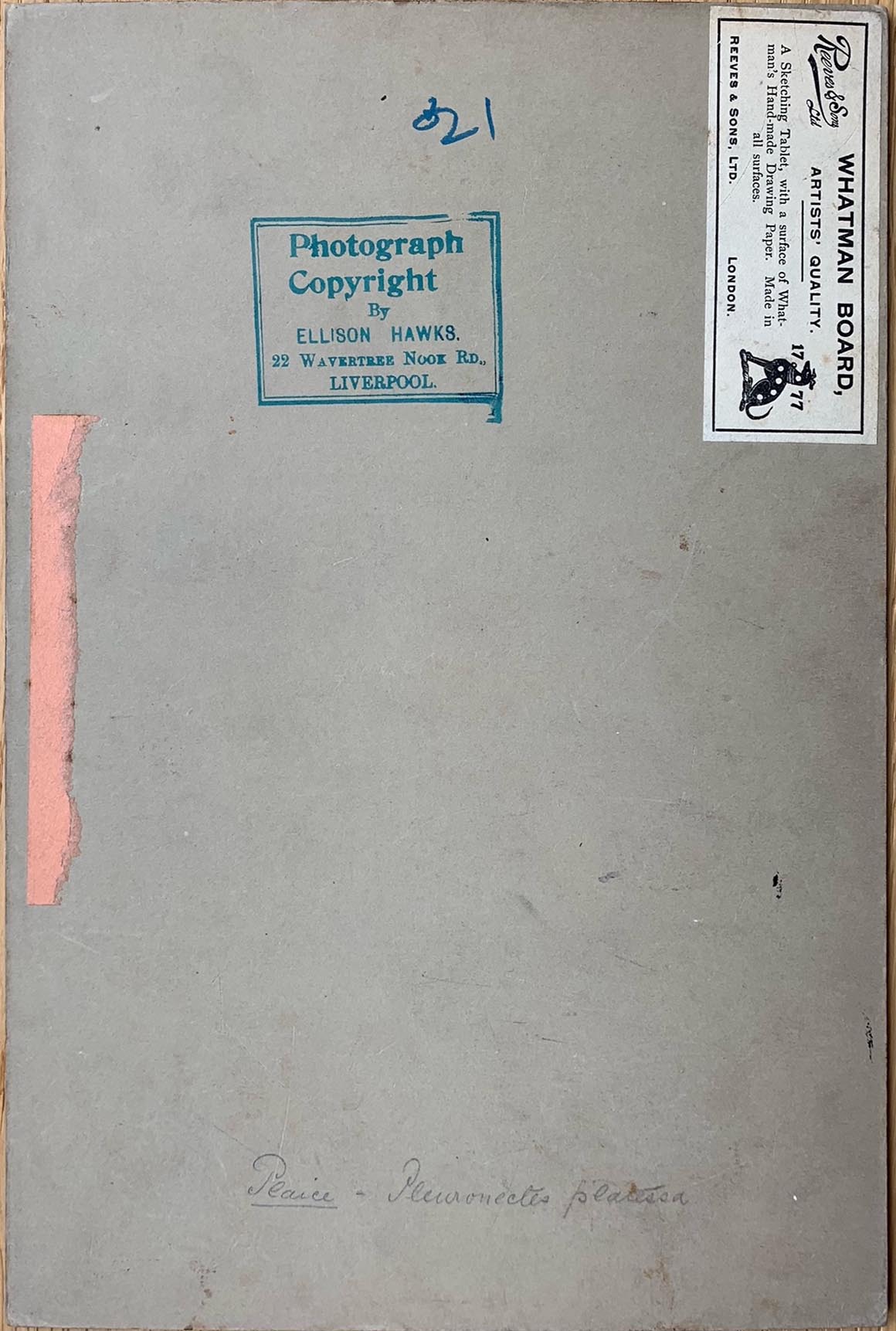 Green (unknown, active early 20th century): Natural History – An original illustration of a Plaice, believed to be for a book / magazine – possibly for an edition of Bibby’s Annual.

This plaice illustration is part of a number of works by the same artist included in our store.

Some of the inscriptions to the reverse of the drawings associated with this piece appear to relate to Joseph Bibby. It is possible they were produced for publication in Bibby’s Annual.

For more pieces of illustration art included in our store see: VINTAGE ILLUSTRATION ART/ NATURAL HISTORY: An original illustration of a Pelican, c. 1910s &#8211; 1920s, possibly produced for an edition of Bibby&#8217;s Annual