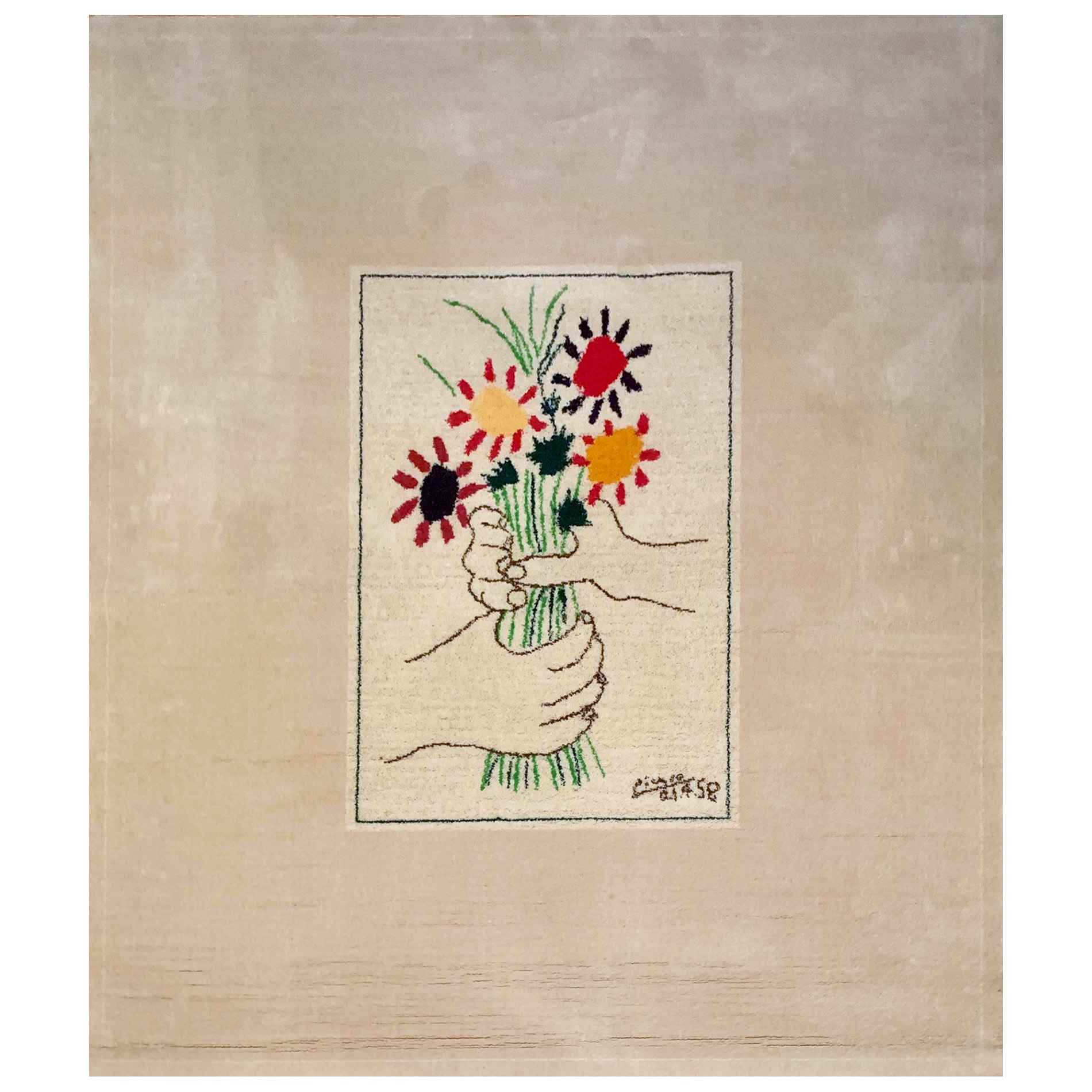 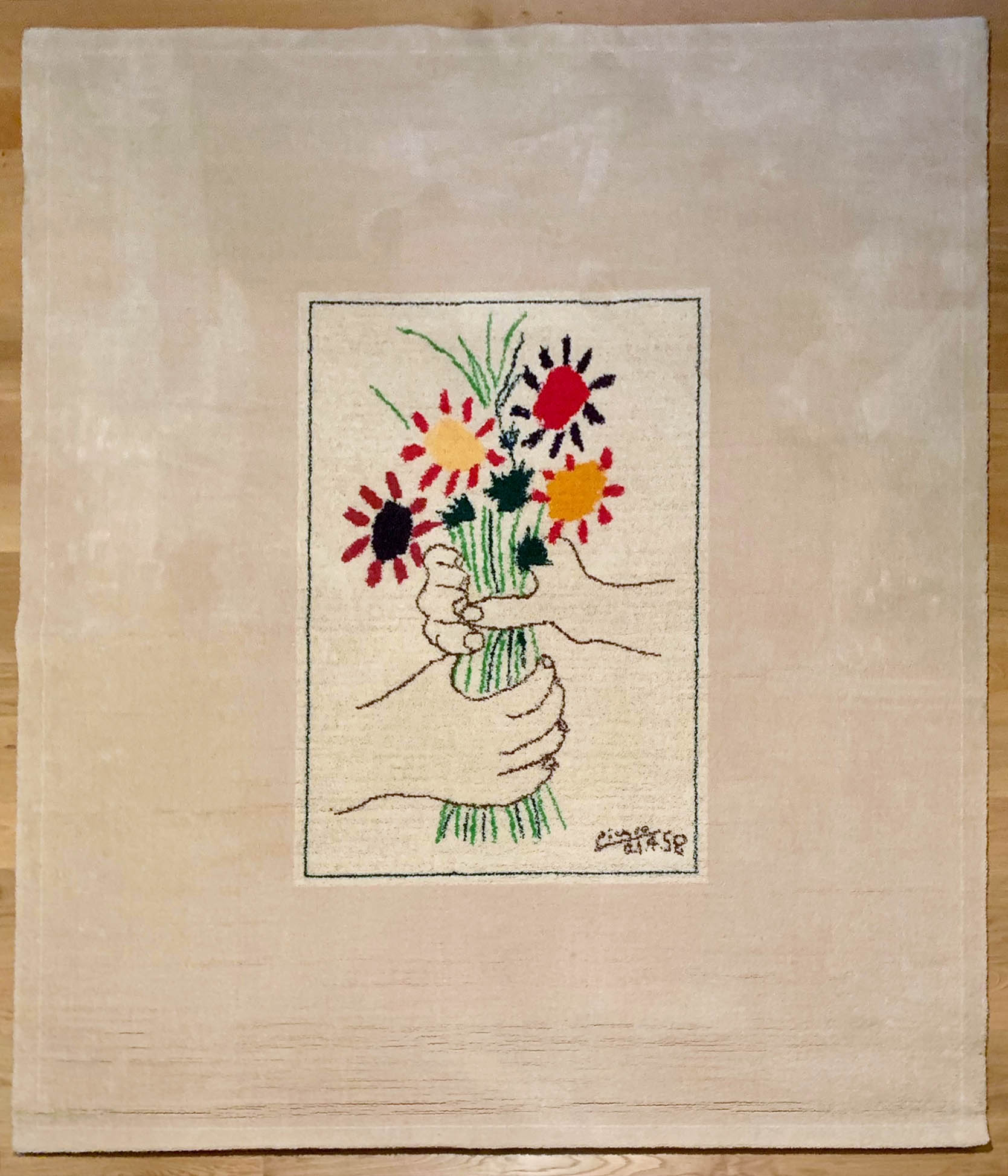 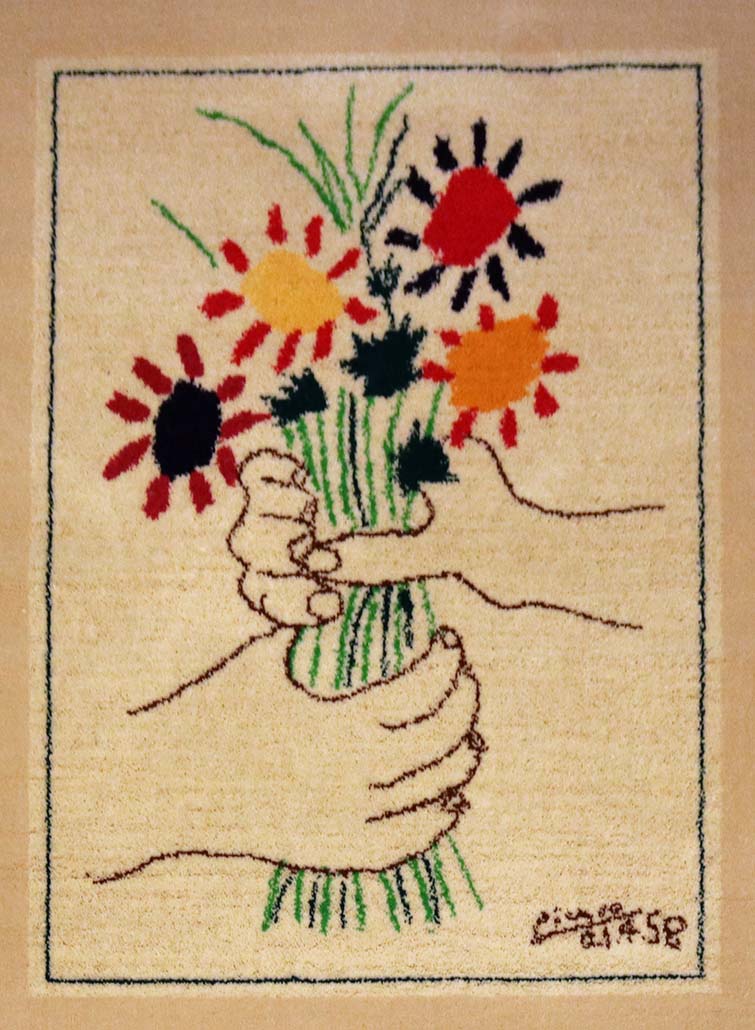 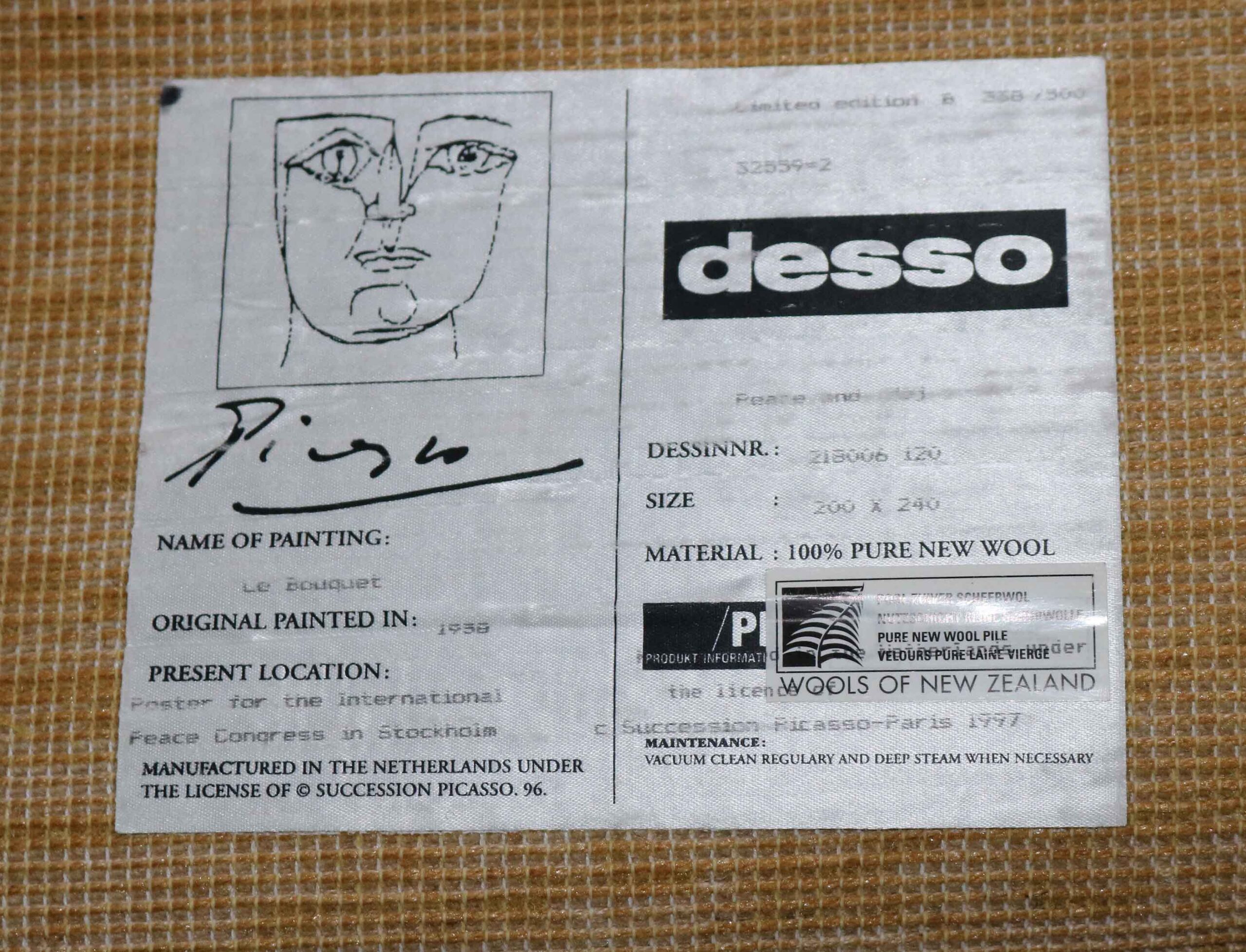 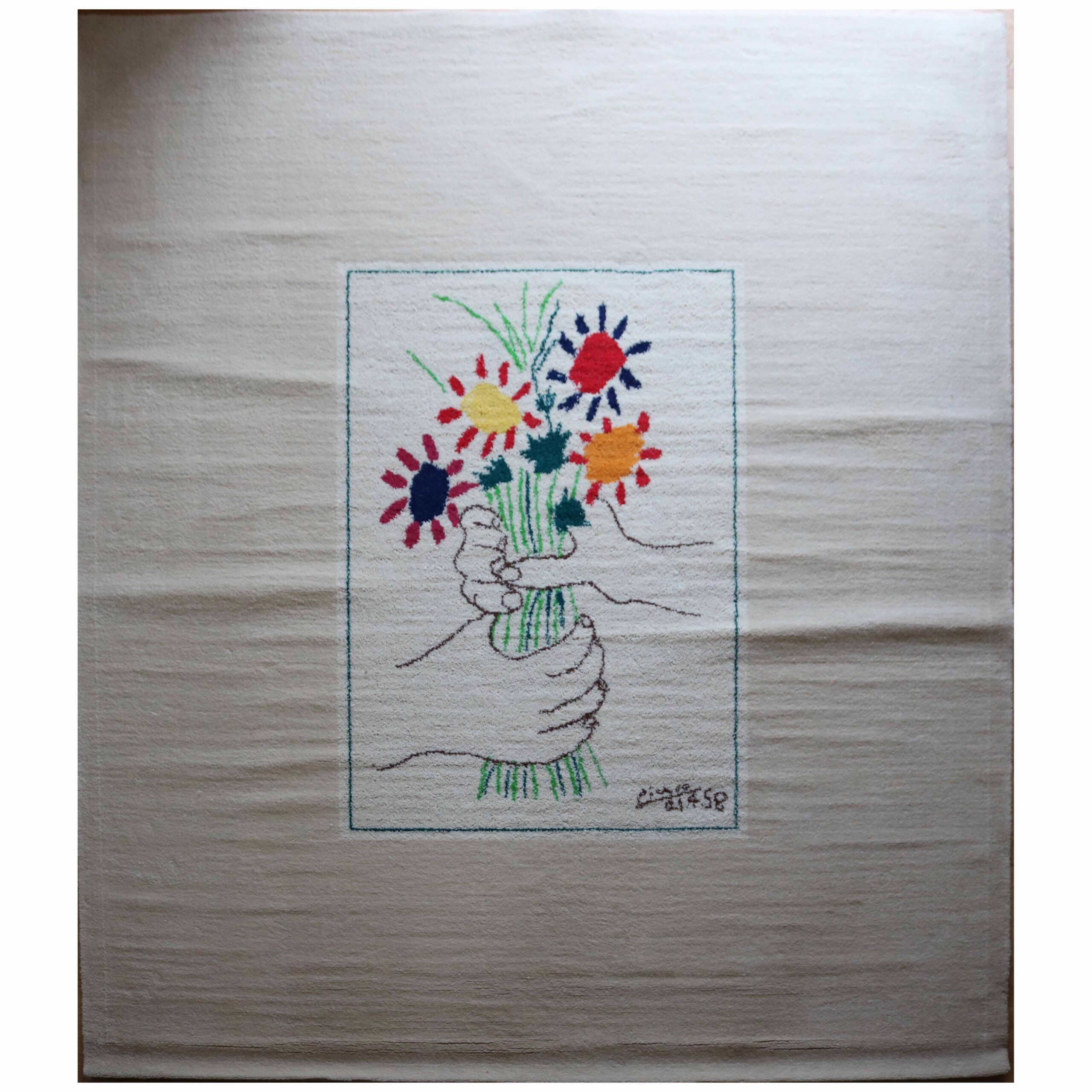 The rug features an image of the Picasso artwork “Le Bouquet” (The Bouquet of Peace) to centre.

Made of pure New Zealand wool.

Manufactured by Desso, Netherlands in 1997 under licence from Succession Picasso-Paris. This Pablo Picasso rug is labelled to reverse and with edition number and manufacturers details.

The design of this rug is based on Picasso’s 1958 work ‘Le Bouquet’ (The Bouquet of Peace). The print was designed to commemorate the peace demonstration held in Stockholm, Sweden in July 1958. Originally painted in watercolour, the piece was issued as a limited edition lithograph. The hands holding flowers represent peace.

Desso was founded in the Netherlands in 1930. The company are a known for the manufacture of luxury flooring. This rug was produced under licence during the late 20th century.

To read more about Picasso and his work see. https://www.metmuseum.org/toah/hd/pica/hd_pica.htm

JOSEPHINE BAKER: A large original vintage French advertising poster, art by Paul Mohr, 1946
RONALD SEARLE (1920 – 2011): Portrait of an Officer – H.Q. 18th Division, 1940s
This website uses cookies to ensure you get the best experience on our website. Find out more