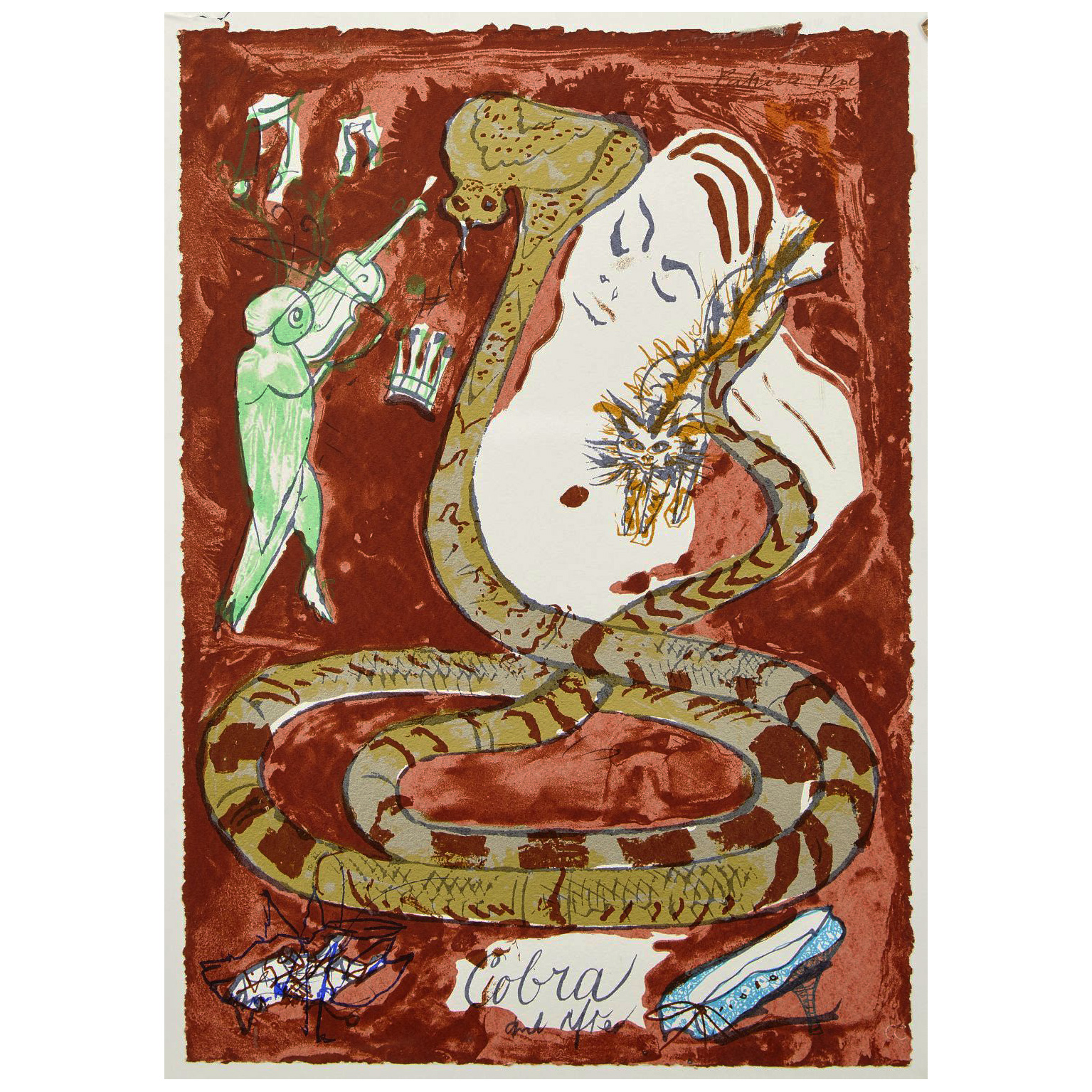 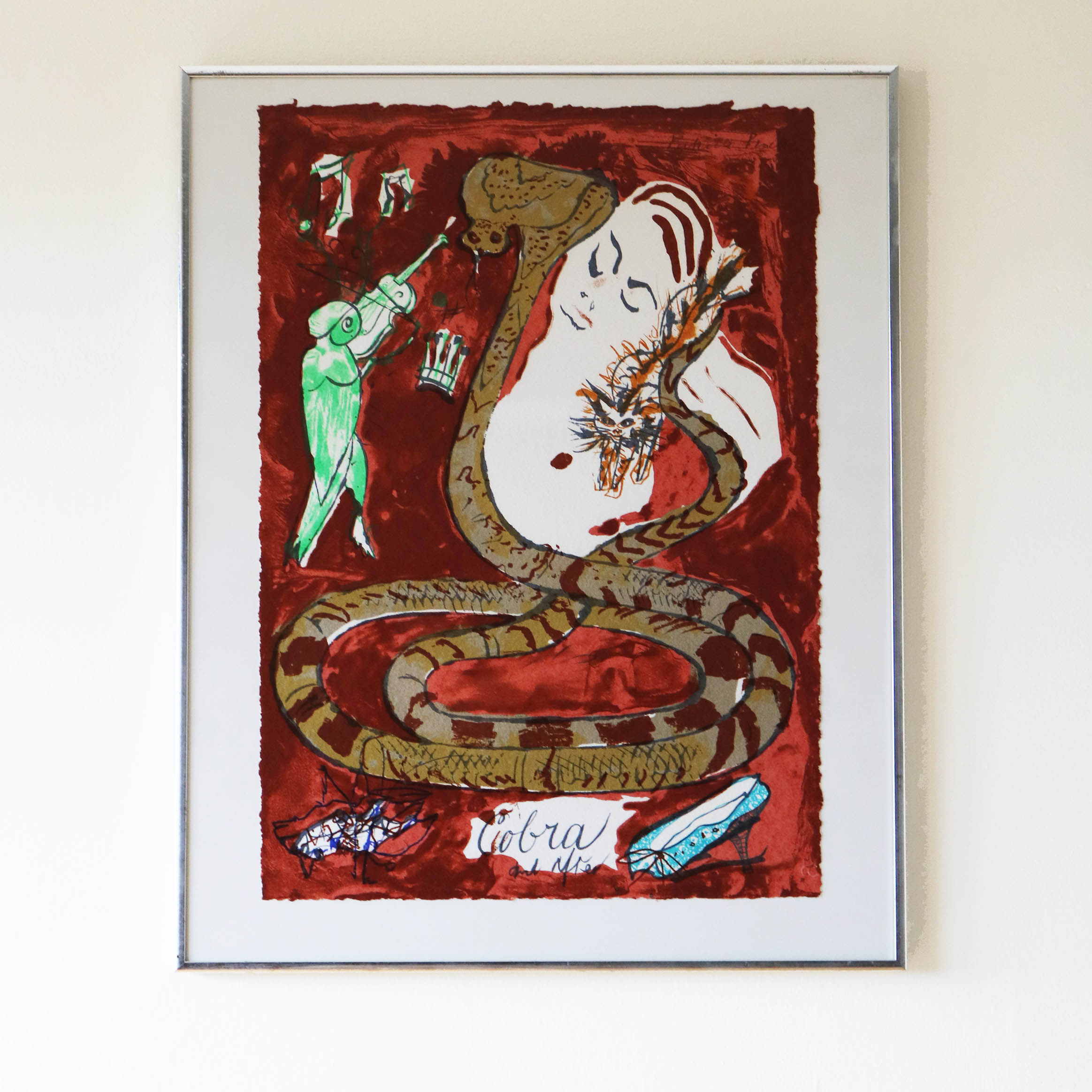 This Patrick Procktor print is a lithograph in colours on wove. Bearing signature to upper portion of print and numbered 22/50 in ink. The print is framed and glazed.

Patrick Procktor (1936-2003) was an influential 20th century artist known particularly for his work in paint and print.

Born in Ireland in 1936, Procktor moved to London aged 4 where he spent the majority of the rest of his life. Whilst attending Highgate School he was a pupil of Kyffin Williams. Leaving school at 16, and after a spate working in the building trade he joined the Royal Navy as part of his National Service. Subsequently he worked as a Russian Interpreter for the British Council.

By 1958 Procktor had been accept into the Slade School of Art. His first solo exhibition followed at the Redfern Gallery in 1962. In 1964 his work was included in the New Generation exhibition at the Whitechapel Gallery alongside many of his friends an contemporaries including David Hockney and Bridget Riley.

To find out more about Patrick Prockor and his work please follow this link to biographer Ian Massey talking at the Patrick Procktor exhibition held at York Museum in 2012 https://www.youtube.com/watch?v=q0cu_aqGbJ8

EDGAR NORFIELD (1895 – 1977): An original illustration for Men Only magazine entitled “I’ve just hit the Head on the nail”, dated April 1954
DANISH MID CENTURY DESIGN: A mid century drinks bar / cocktail trolley, in teak
This website uses cookies to ensure you get the best experience on our website. Find out more