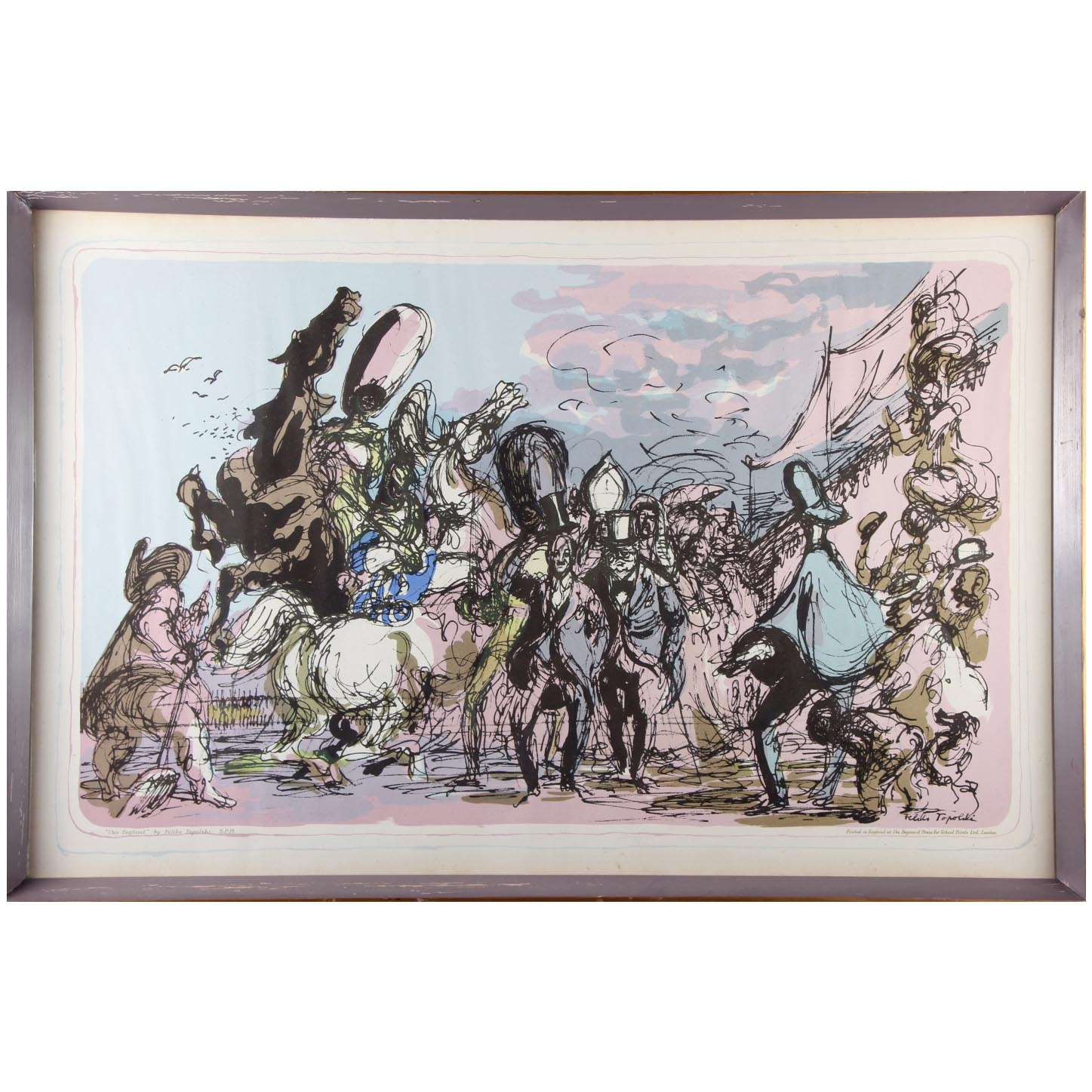 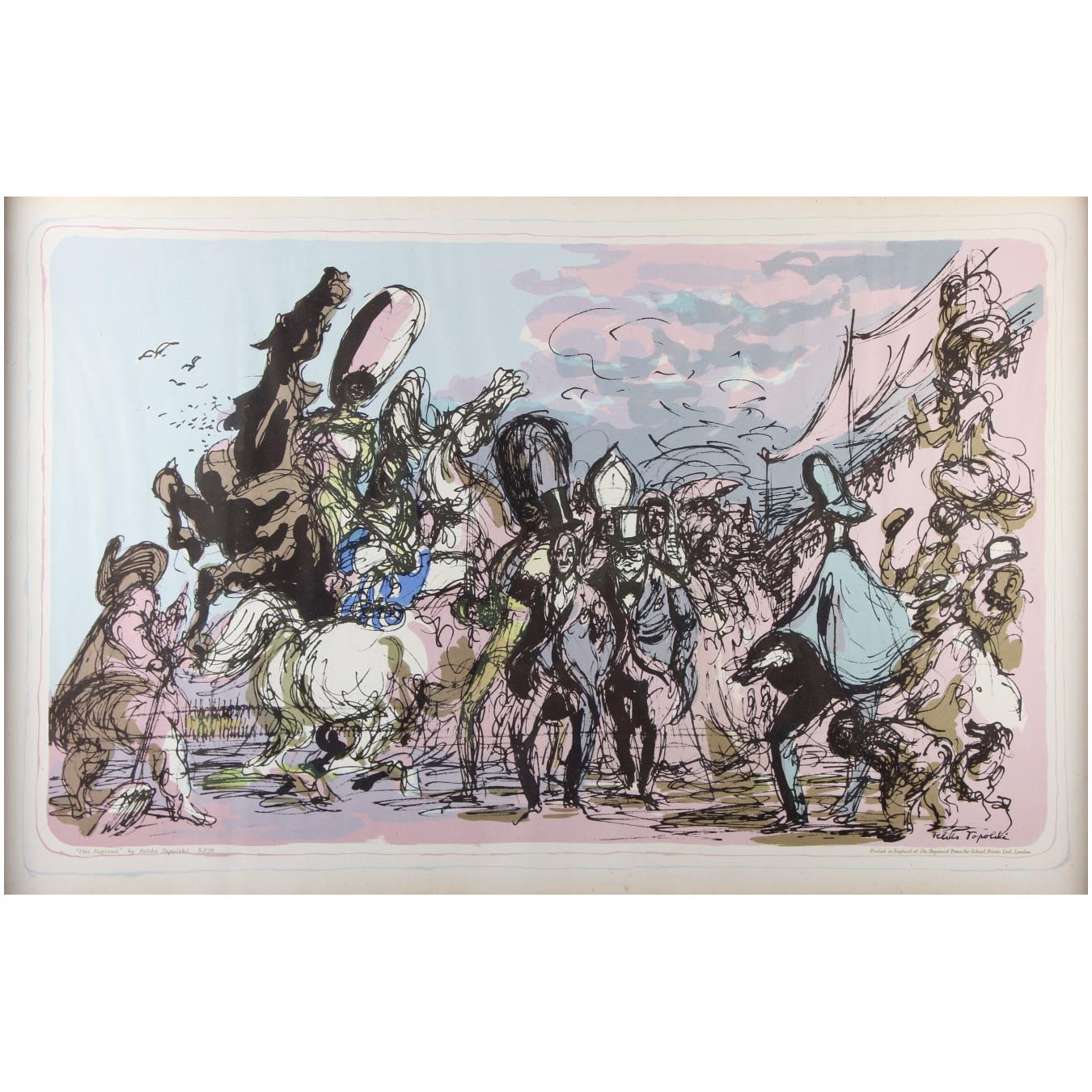 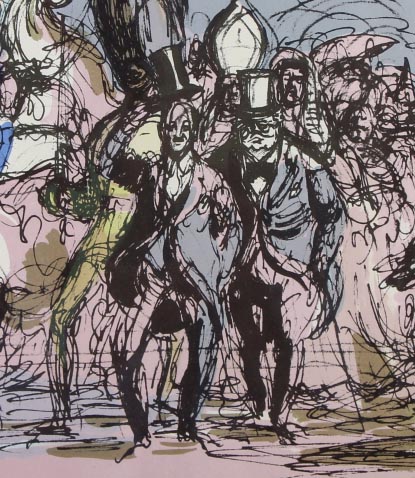 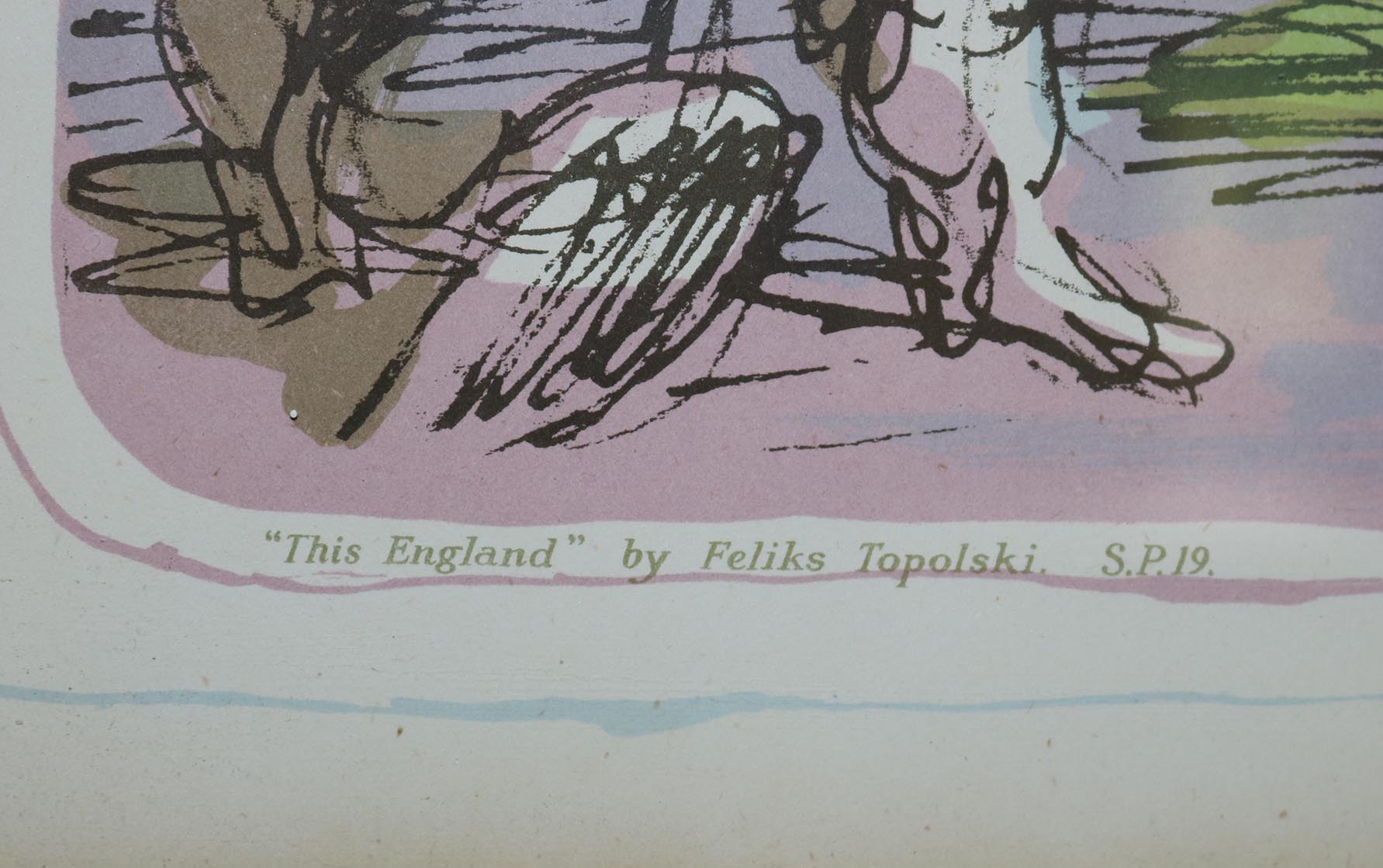 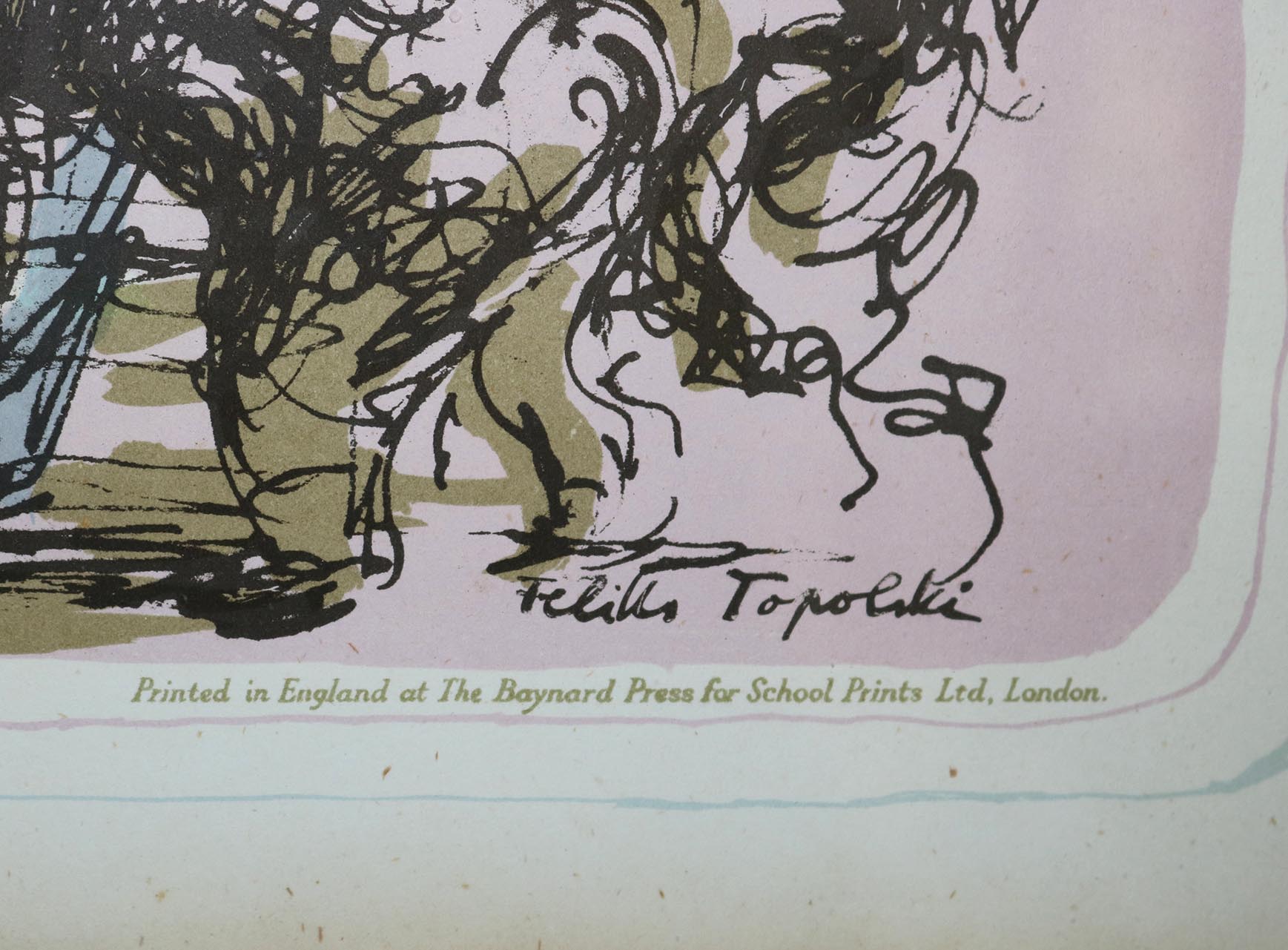 SCHOOL PRINTS – Feliks Topolski (1907 – 1989) for School Prints Ltd. “This England”, 1947.  The print is a lithograph on paper, with printed signature to lower right image and detailed to lower margin “‘This England’ by Feliks Topolski. S.P.19, Printed in England at The Baynard Press for School Prints Ltd, London”. The work is housed within a lilac painted wooden frame.

Dimensions of the print itself are 495mm x 759mm

Condition report: Print overall in good condition, appears faded to a slightly more lilac coloured hue than originally would have been when printed, some surface dirt between glazing and print.

The new aim would to provide primary schools with original lithographic examples of contemporary art. Rather than hiring prints, the School Prints series were to be affordable enough for schools to purchase. Instead of copying existing works, artists would be commissioned to produce unique designs on subjects understandable to children. Design was also integral; each print featuring a frame motif around the outside so that they could simply be attached to classroom walls. Additionally, all were produced in identical sizes, so they could be interchanged in a single frame.

Rawnsley said of the series (when first writing to the chosen artists): “We are producing a series of auto-lithographs, four for each term, for use in schools, as a means of giving schoolchildren an understanding of contemporary art. By keeping the price as low as possible, we are able to bring this scheme within the reach of all education authorities. “

The latter part of his career brought more travel where he documented important global political events in particular.

‘This England’ was produced in 1947, the year in which Topolski became a British citizen. The print features a central image of the then Prime Minister Clement Attlee alongside Sir Winston Churchill, surrounded by a bishop, policeman and various other British figures.

Condition Report: Print overall in good condition, appears faded to a slightly more lilac coloured hue than originally would have been when printed, some surface dirt between glazing and print. Displays well.

RUSSELL SIDNEY REEVE (1895 – 1970): Original drawing entitled “Horse Show, Olympia” depicting soldiers at rest, dated 1938
FELIKS TOPOLSKI (1907-1989): Attributed to Feliks Topolski – An original ink and wash drawing of a monk, circa 1940s
This website uses cookies to ensure you get the best experience on our website. Find out more