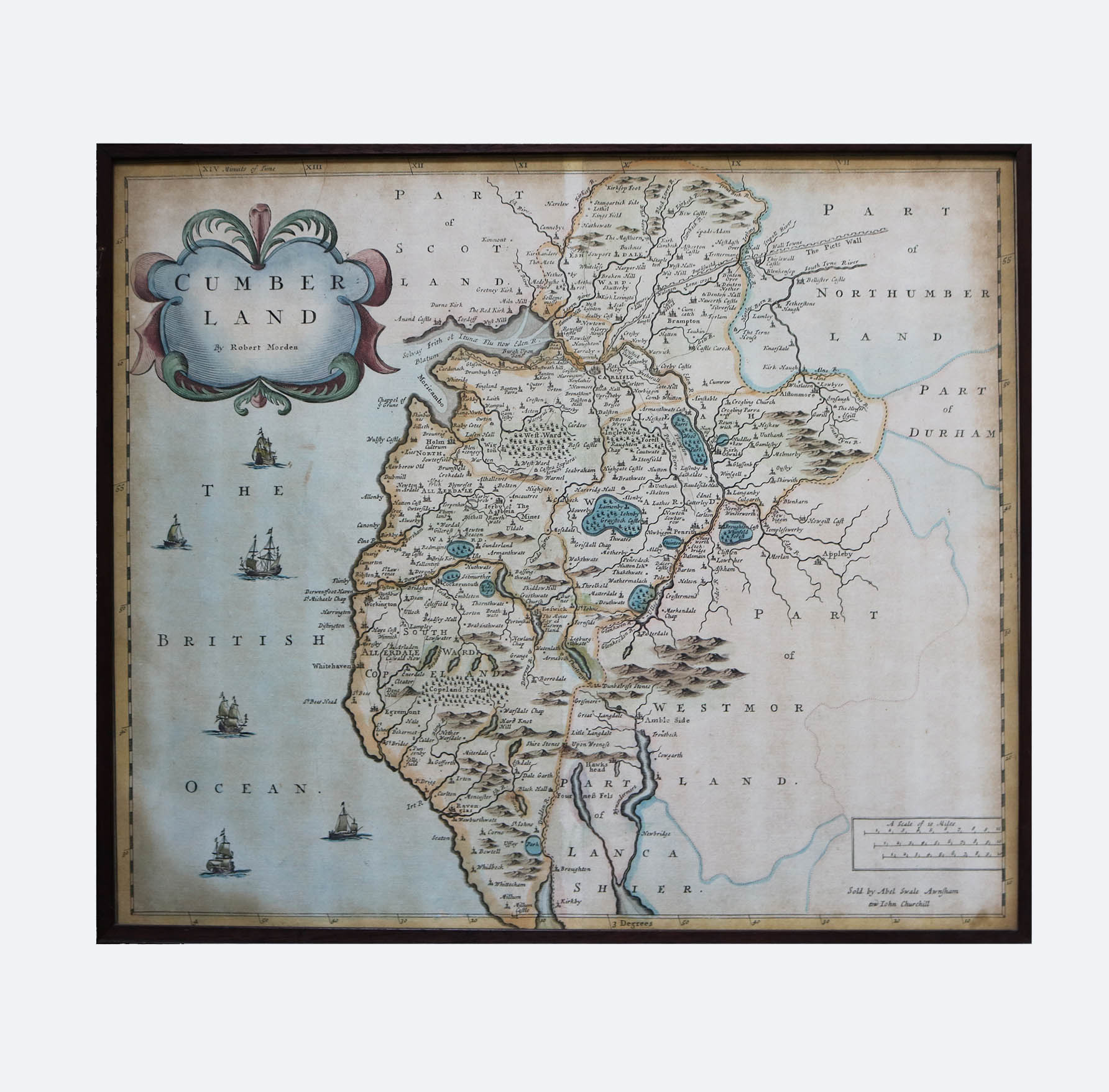 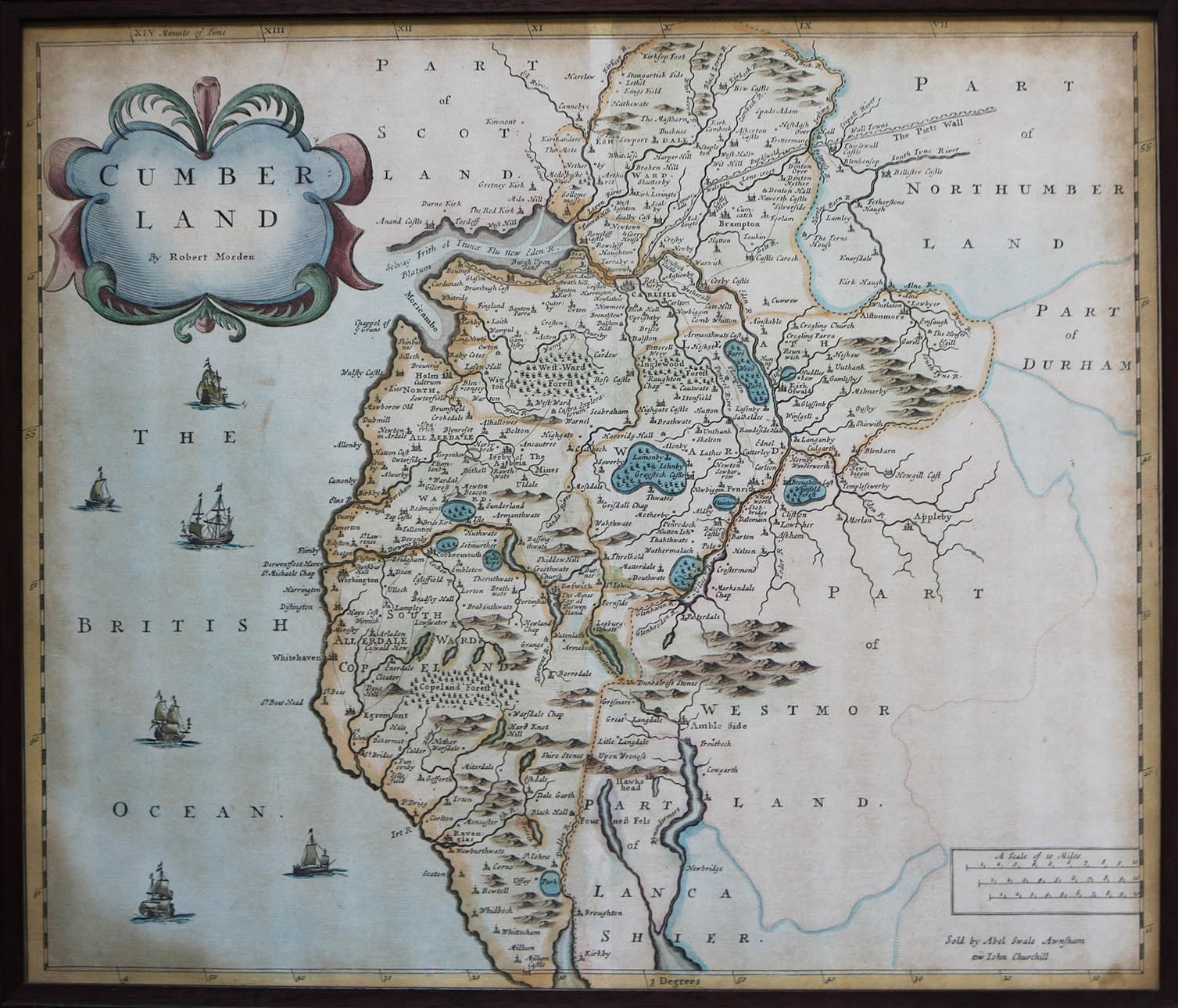 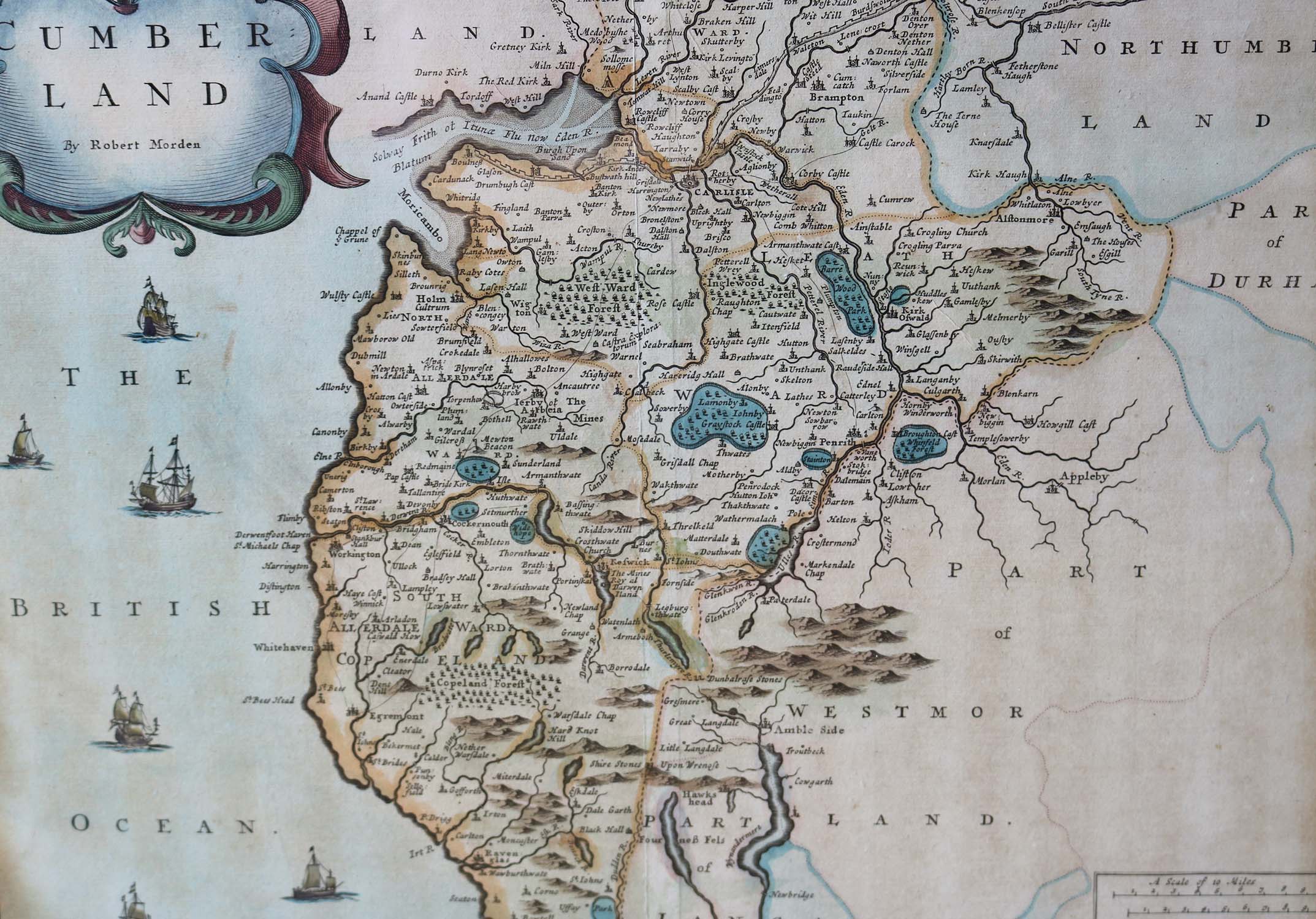 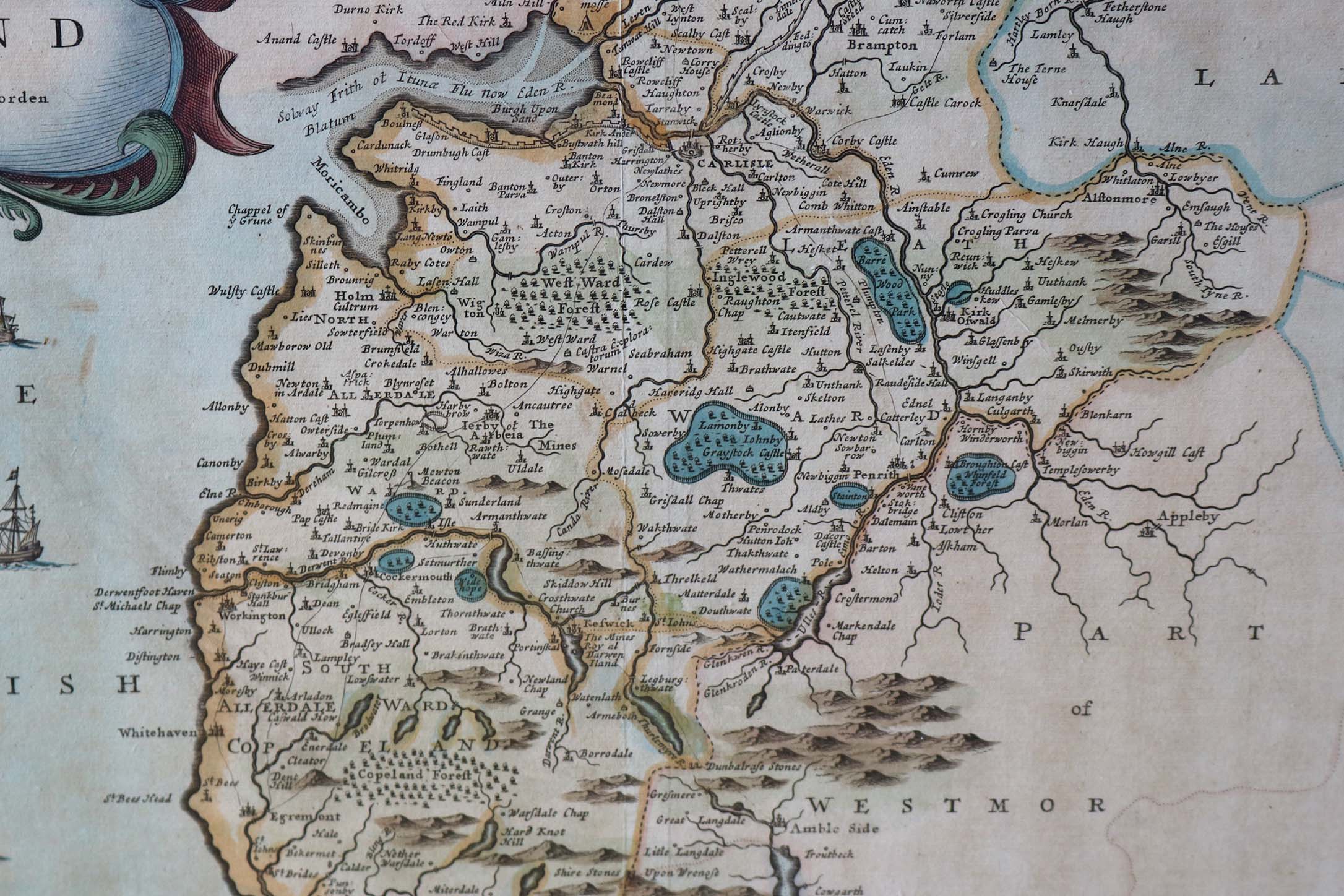 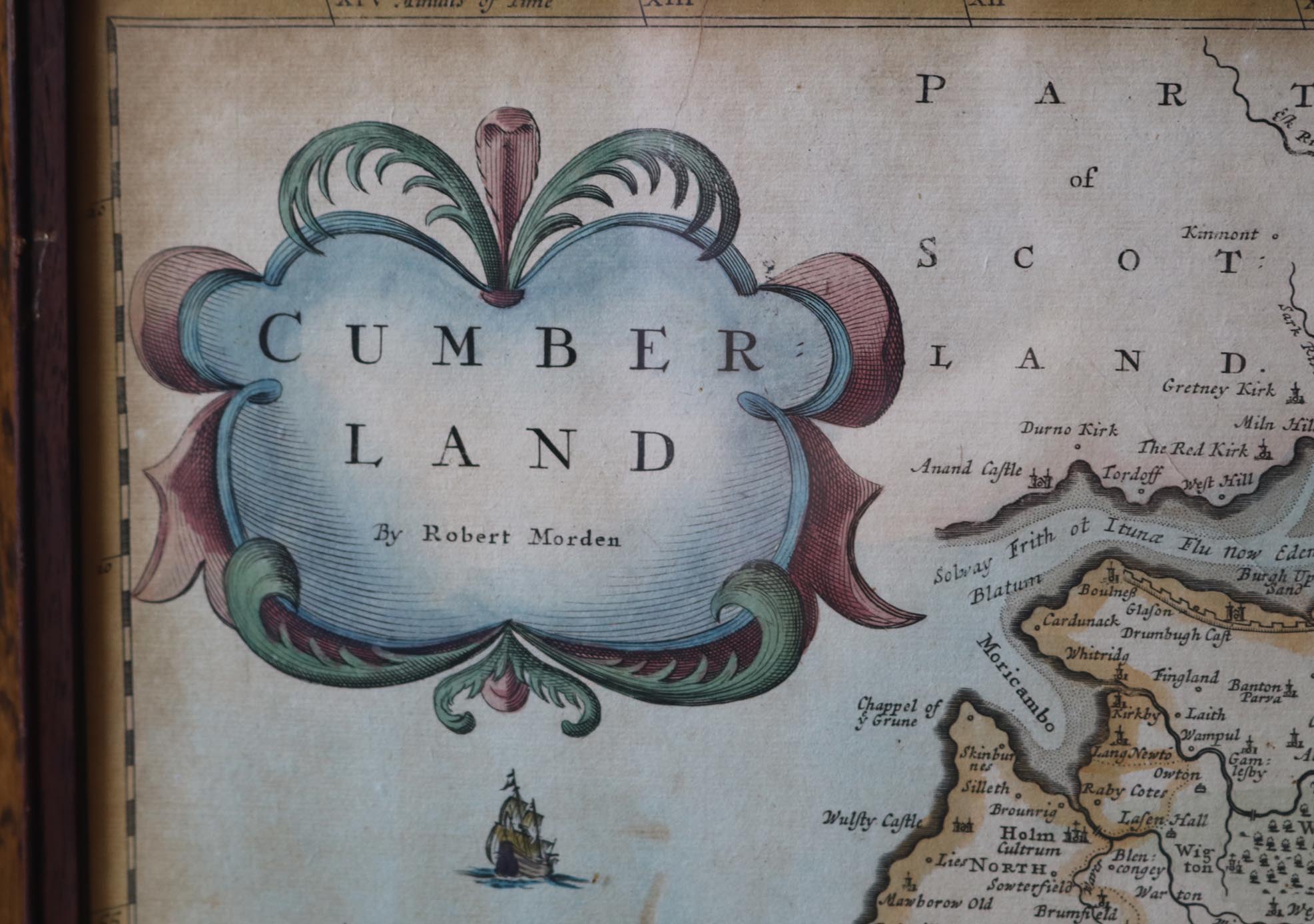 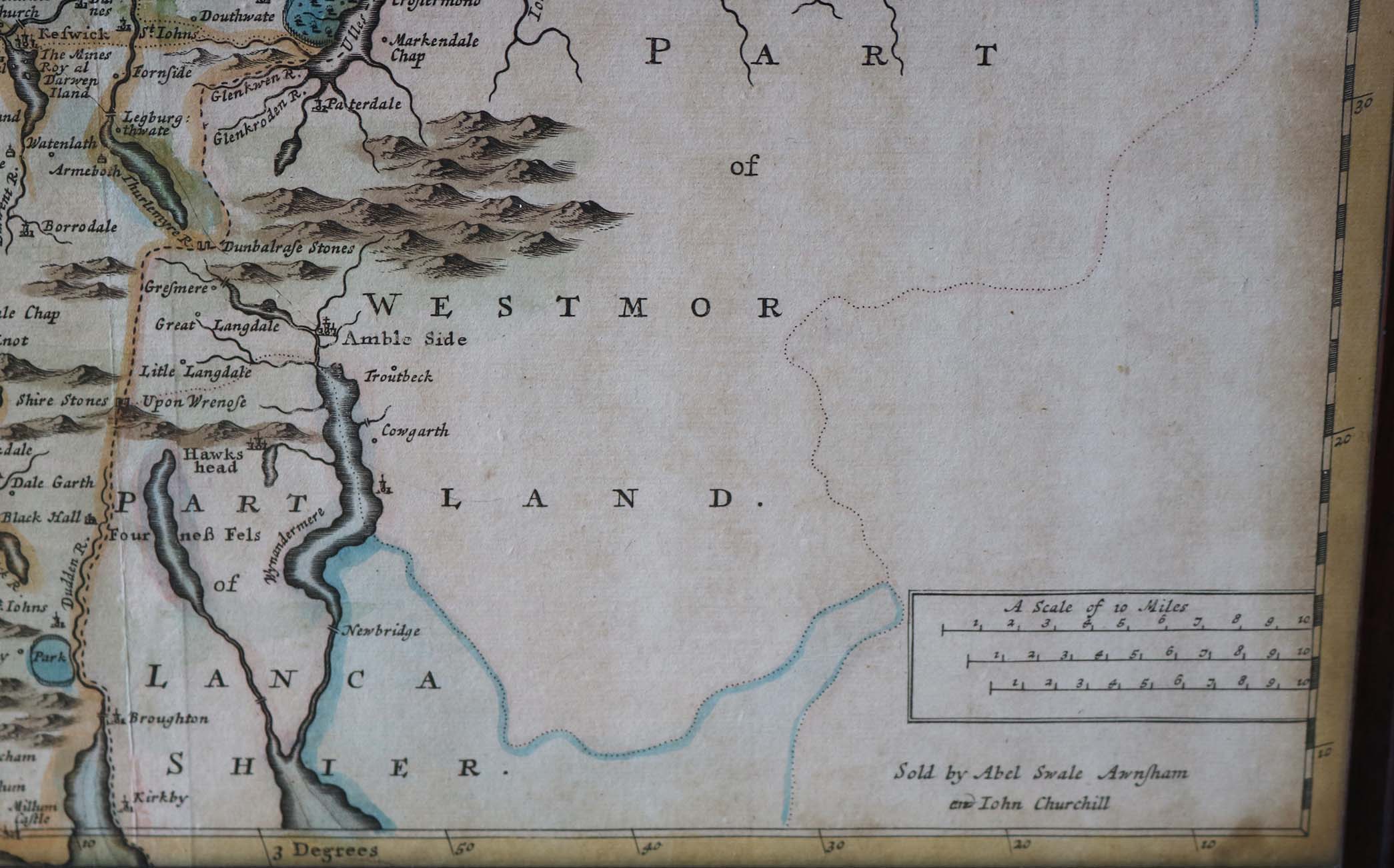 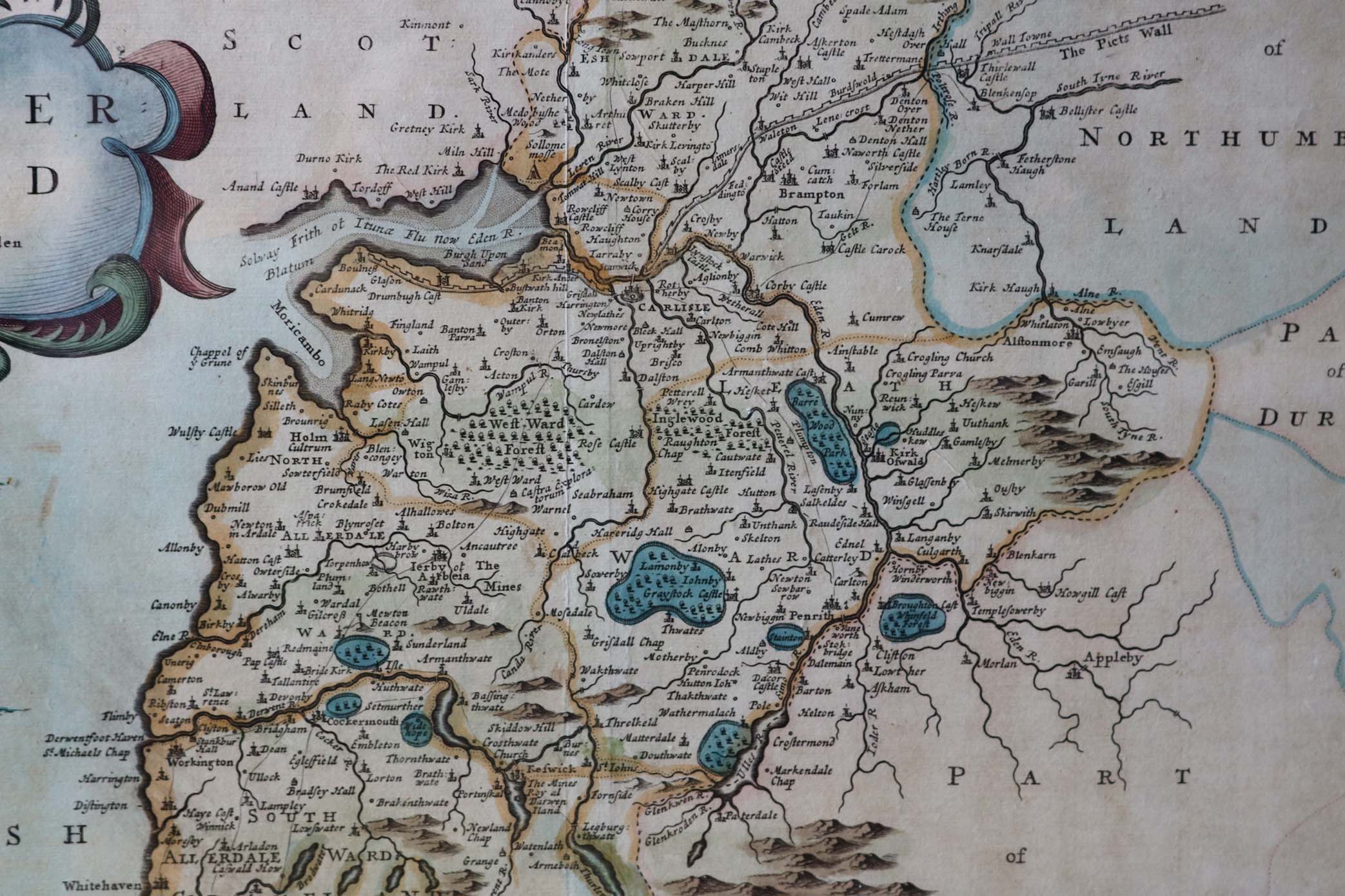 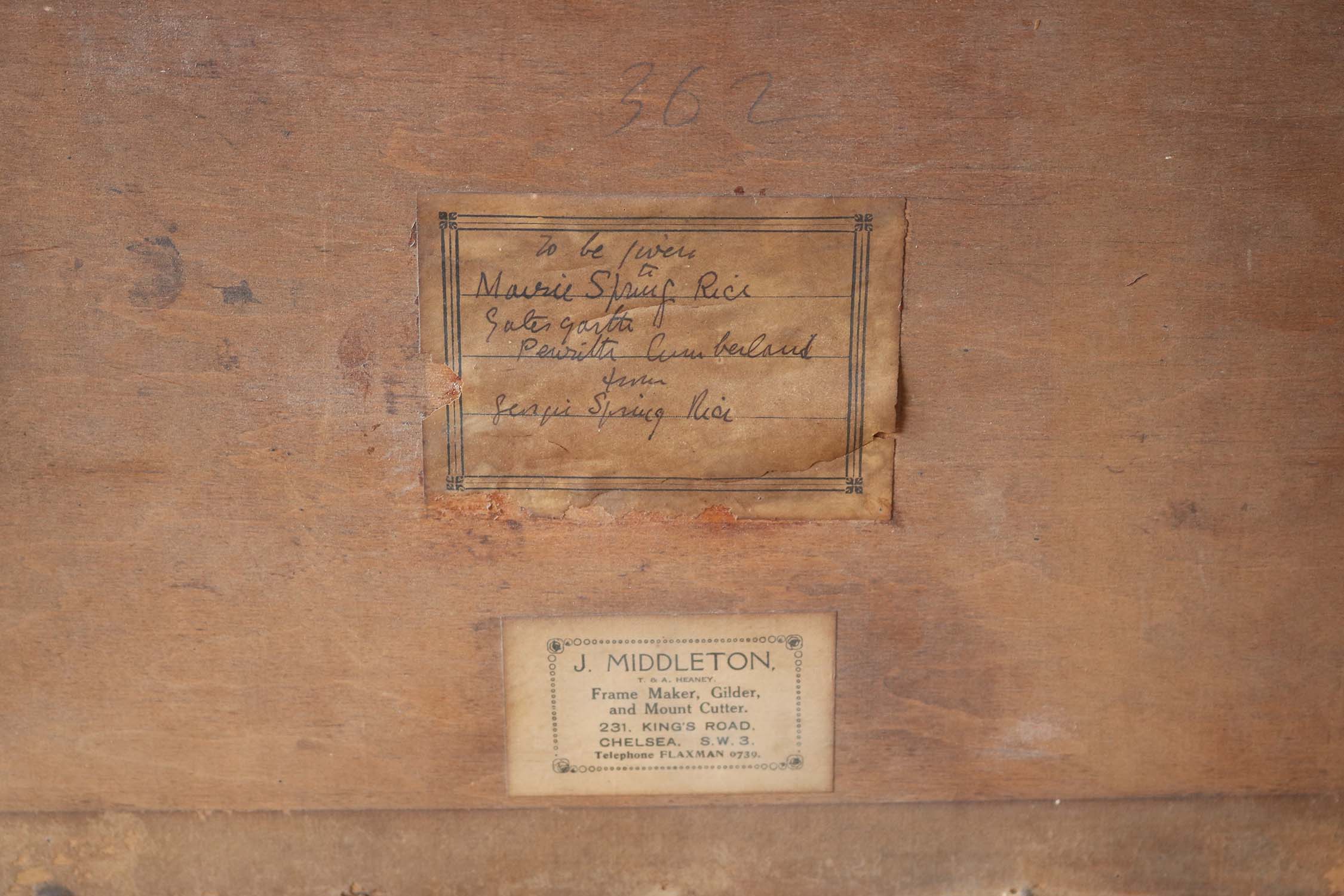 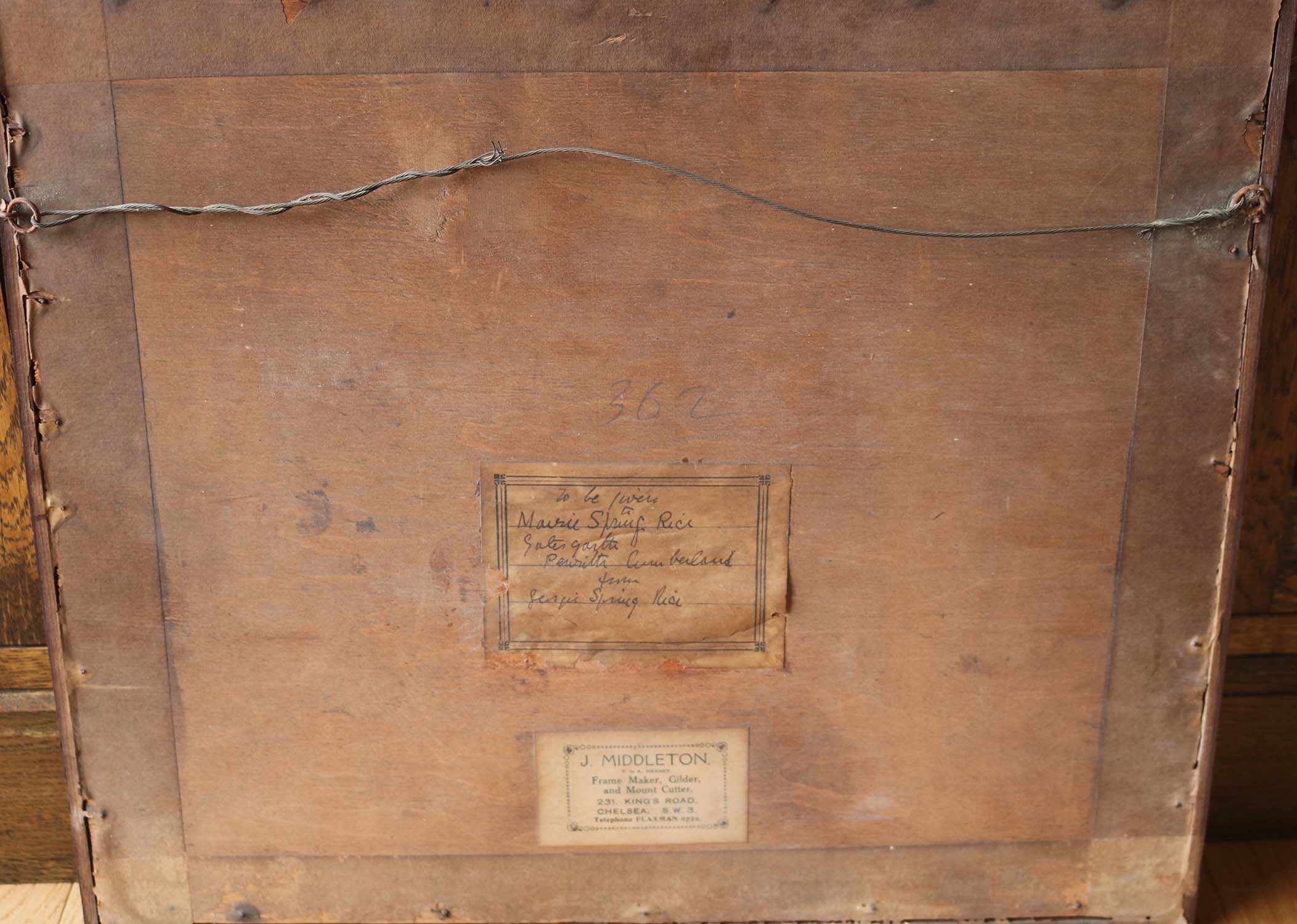 Robert Morden (c. 1650 – 1703) was a British publisher and bookseller known particularly for the production of maps and globes.

This map was first published in the late 17th century as part of the new Gibson addition of William Camden’s Britannia. Britannia used the most up to date surveys of English counties to produce new maps.  Due to financial constraints Morden faced he often produced maps in conjunction with other printers and publishers.

Several notable members had homes or lived in the Watermillock area of the county during the 19th and 20th centuries (the Gatesgarth property mentioned on the label was in Watermillock). A family with a close association to politics, Sir Cecil Spring Rice (who was brought up alongside his siblings in Watermillock on the banks of Ullswater) served as British Ambassador to the United States from 1912 to 1918. Sir Cecil, was a great friend of Theodore Roosevelt and served as his best man. A poet, Sir Cecil also penned the “Urbs Dei” which was later became the text for the patriotic hymn “I Vow To Thee My Country”.

His brother was academic and civil servant Stephen Spring Rice CBE (1856 – 1902). Stephen died in Abinger Hall, Dorking and was later buried in Watermillock.

Their maternal grandfather William Marshall had been MP for Patterdale area of Cumbria. Members of the family including Mrs. Mary Isabella Spring Rice (wife of Lieutenant Gerald Spring Rice) continued to live in the area until the mid 20thcentury.

Condition Report: In overall good condition, unexamined out of frame - vintage frame with wear. The map with some discolouration particularly to corners, some fading - good in accordance with age.

RICHARD BERKELEY SUTCLIFFE (1918 – 2007): An original vintage costume design for ‘Her Excellency’, circa 1949.
MID CENTURY FURNITURE: A vintage Gordon Russell rosewood circular coffee table, circa 1960s
This website uses cookies to ensure you get the best experience on our website. Find out more