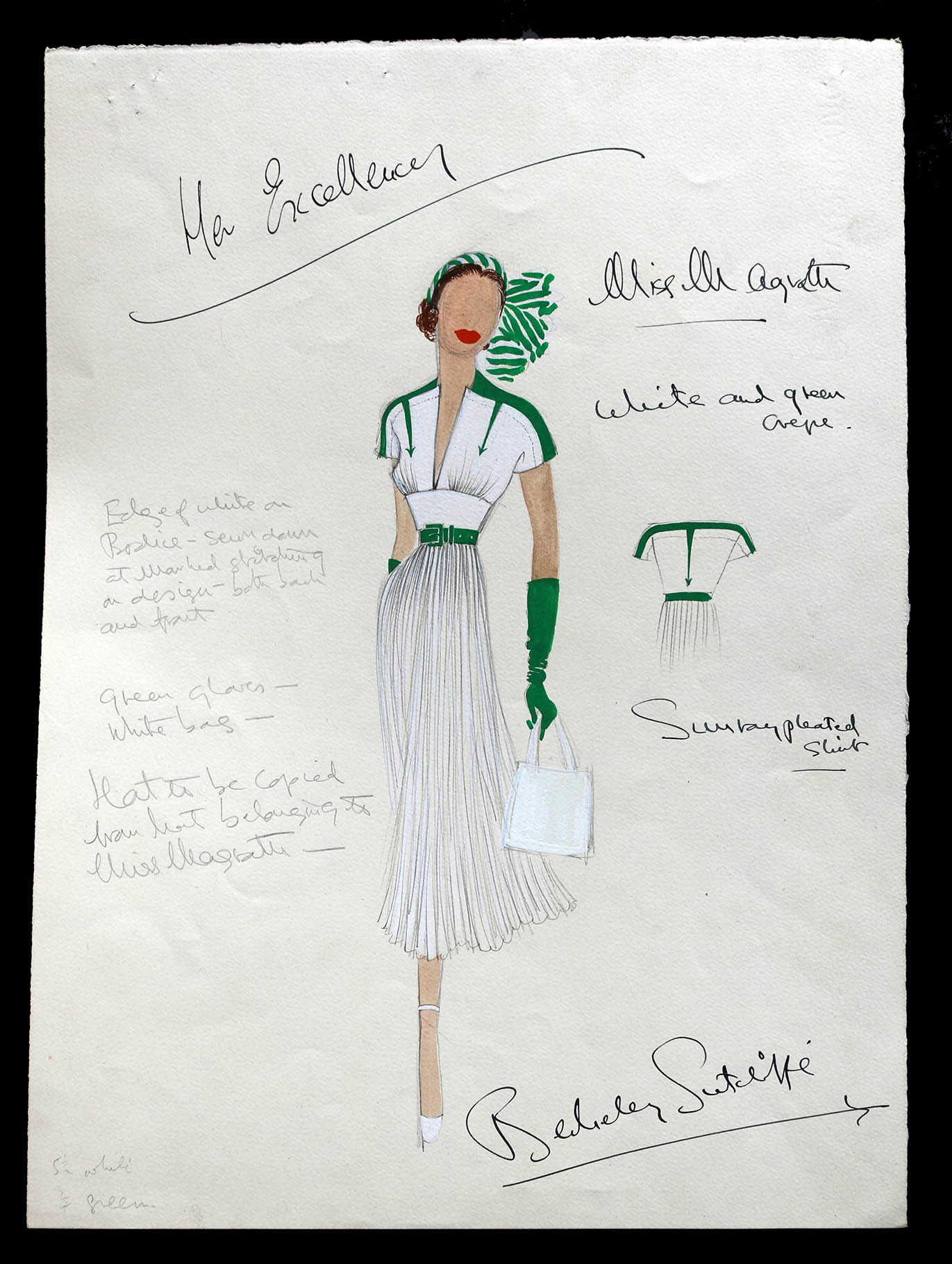 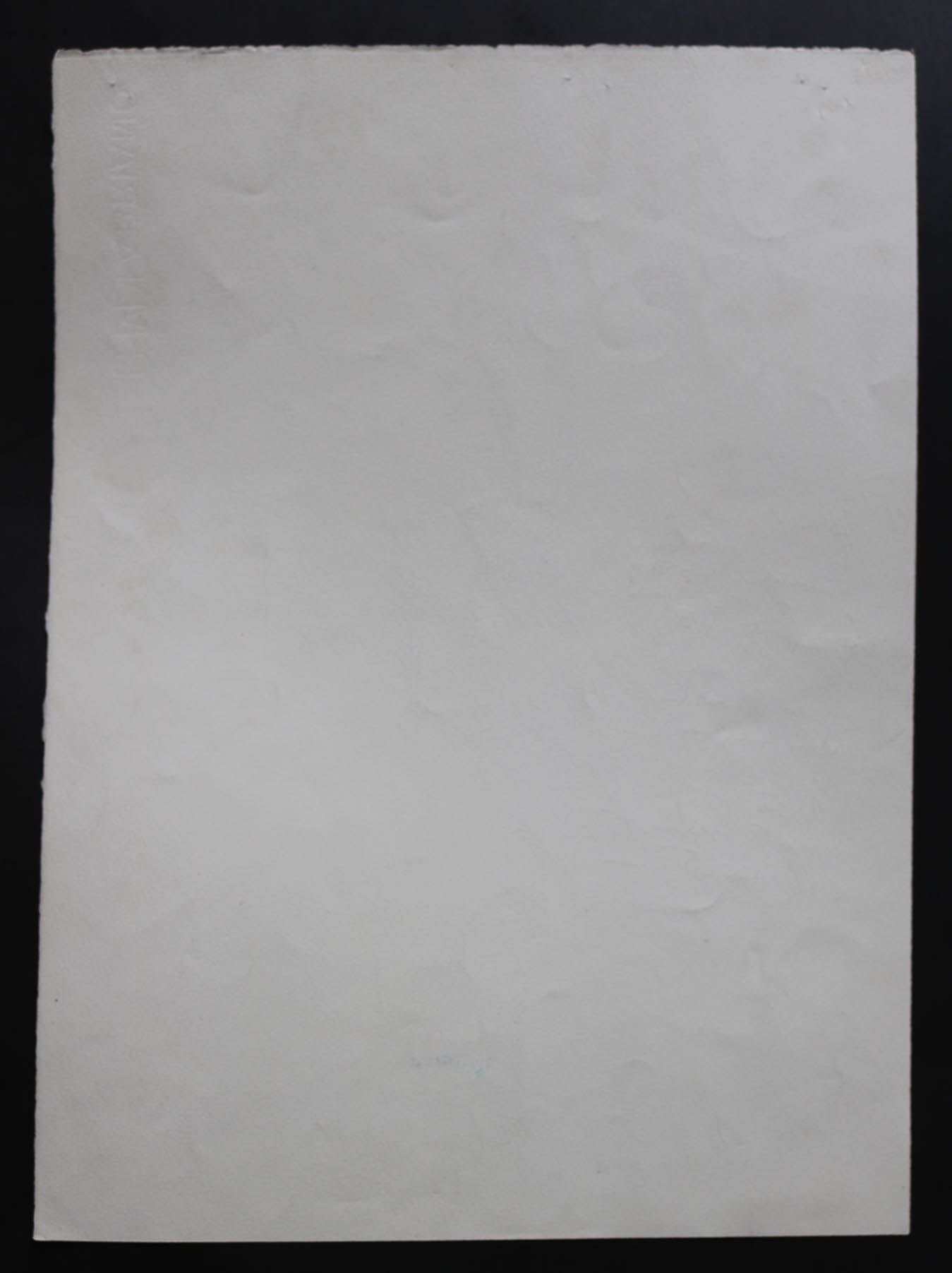 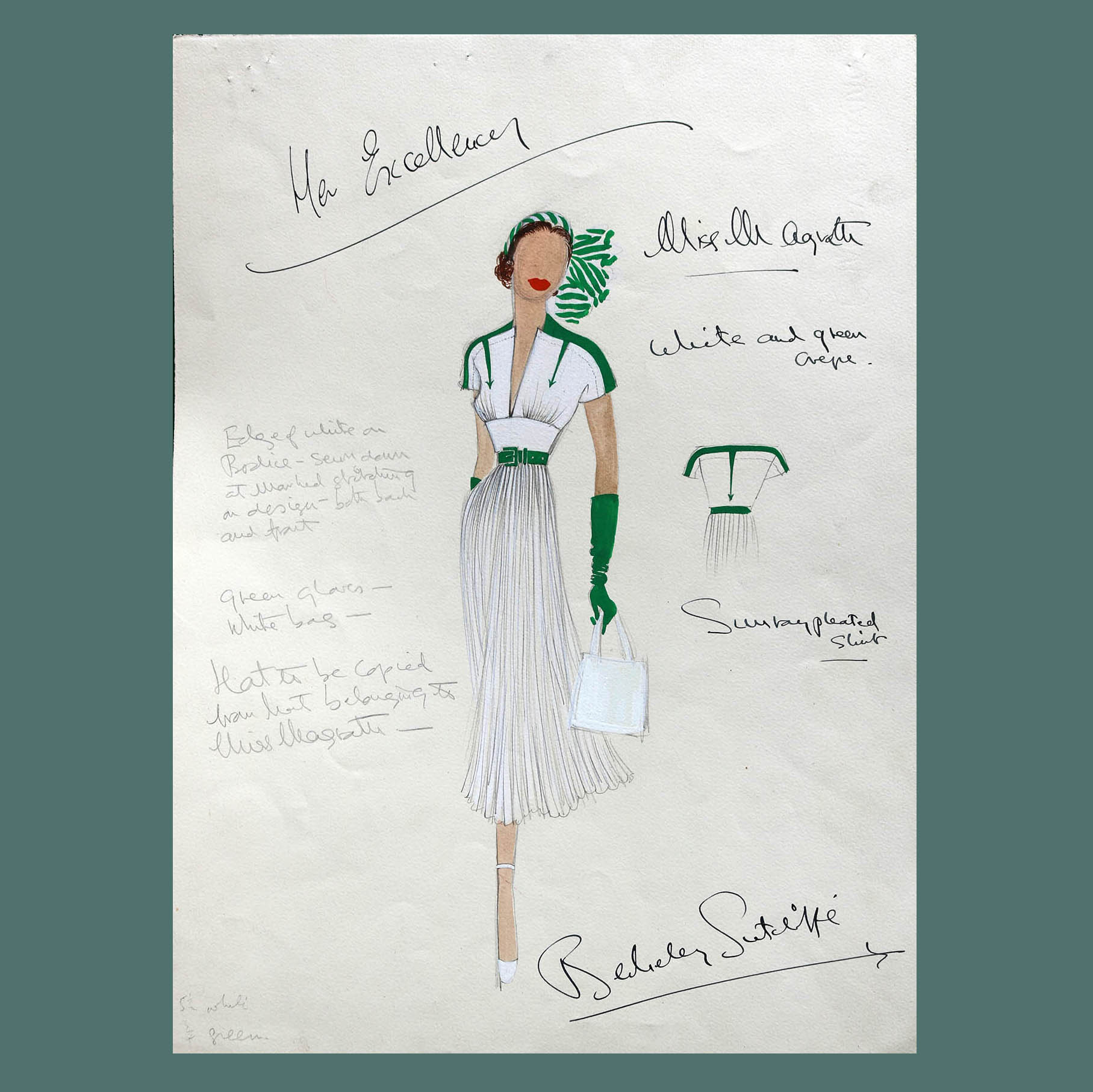 Richard Berkeley Sutcliffe (1918 – 2007): An original vintage costume design for ‘Her Excellency’. Produced circa 1949, in watercolour, gouache, pencil and ink.

The drawing is signed to bottom right in ink “Berkeley Sutcliffe”.

This costume design was created for Margaret McGrath, in her role as Mary Cresset. Design including various pencil inscriptions and instructions.

Alongside his work for stage and screen, Berkeley Sutcliffe was the Head Designer at Fortnum & Mason. His most famous design whilst working at Fortnum’s was that of the clock, which sits above the Piccadilly shop entrance. The clock, now a London landmark, was designed in 1961. The design depicts Messer’s William Fortnum and Hugh Mason appearing from pavilions to inspect their building.

Berkeley Sutcliffe’s work can be found in the collections of the Victoria &Albert Museum, London.

For a costume design from a similar period in Berkeley Sutcliffe’s career see https://collections.vam.ac.uk/item/O147333/costume-design-by-berkley-sutcliffe-costume-design-sutcliffe-berkeley/

Her Excellency was produced for BBC television in 1949 starring Thorley Walters and Cicely Courtneidge.

Margaret McGrath (1919 – 2017) was a British actress (also known as Maggie Rennie) who appeared in a number of film and television productions from 1940s – 1980s. Her appearances included roles in The V.I.P’s, Séance On A Wet Afternoon and On The Buses. She was also known for her work in the theatre. During the Second World War, McGrath appeared at the Windmill Theatre and was known as “The Blonde Bombshell of the Blitz”. McGrath was married for a number of years to British actor Michael Rennie.

For more information about the Margaret McGrath see: https://www.imdb.com/name/nm0532297/

We have a number of costume designs include in our store, for a similar item see Hollywood Costume Design: An original 1960s hand painted Christmas Card, painted by Costume Designer Charles LeMaire (1897 &#8211; 1985)

MID CENTURY FURNITURE: A pair of Pastoe SB11 dining chairs, designed for Pastoe by Cees Braakman, circa 1950s
ANTIQUE MAPS: An antique Robert Morden map of Cumberland, 18thcentury
This website uses cookies to ensure you get the best experience on our website. Find out more