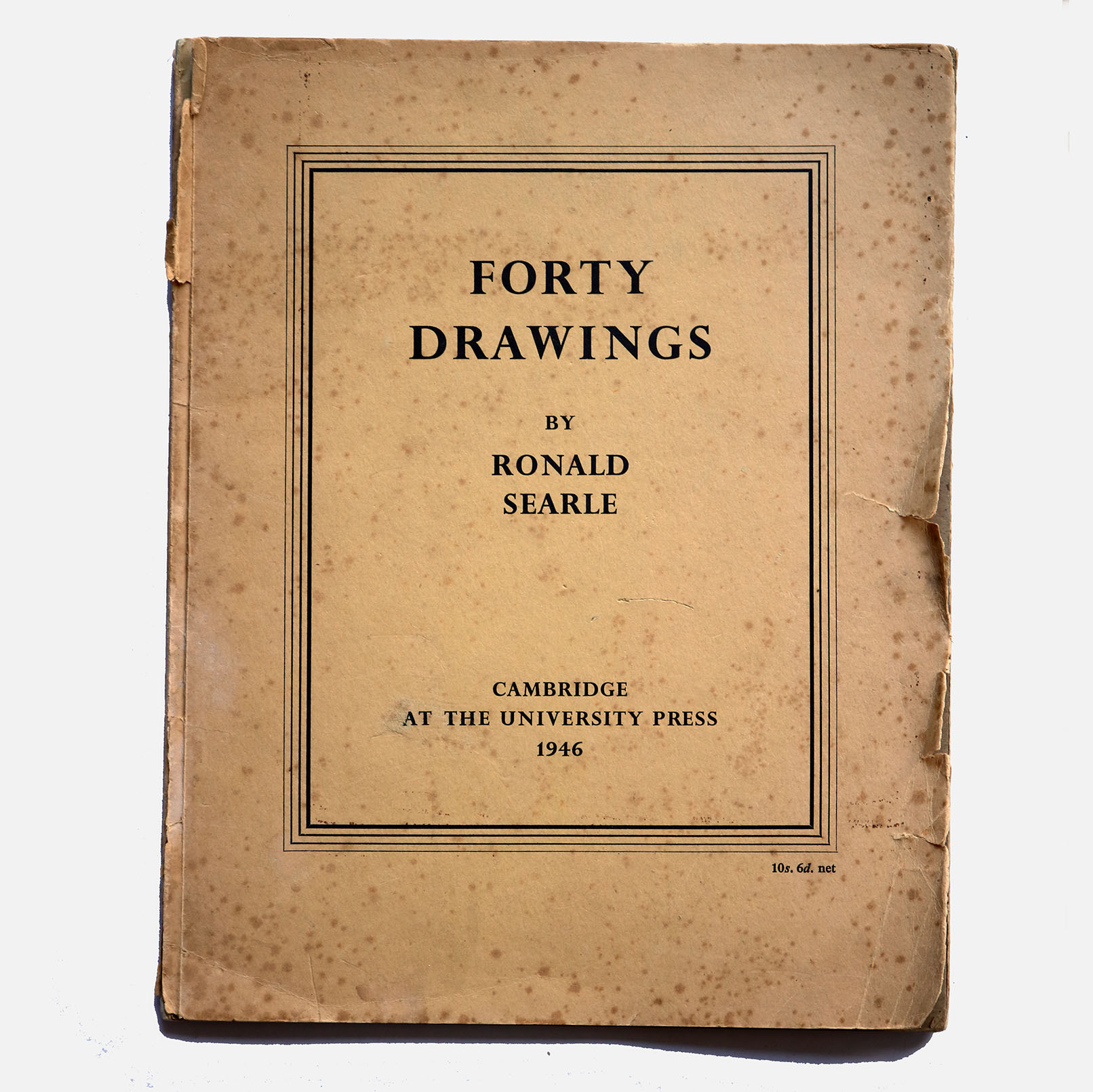 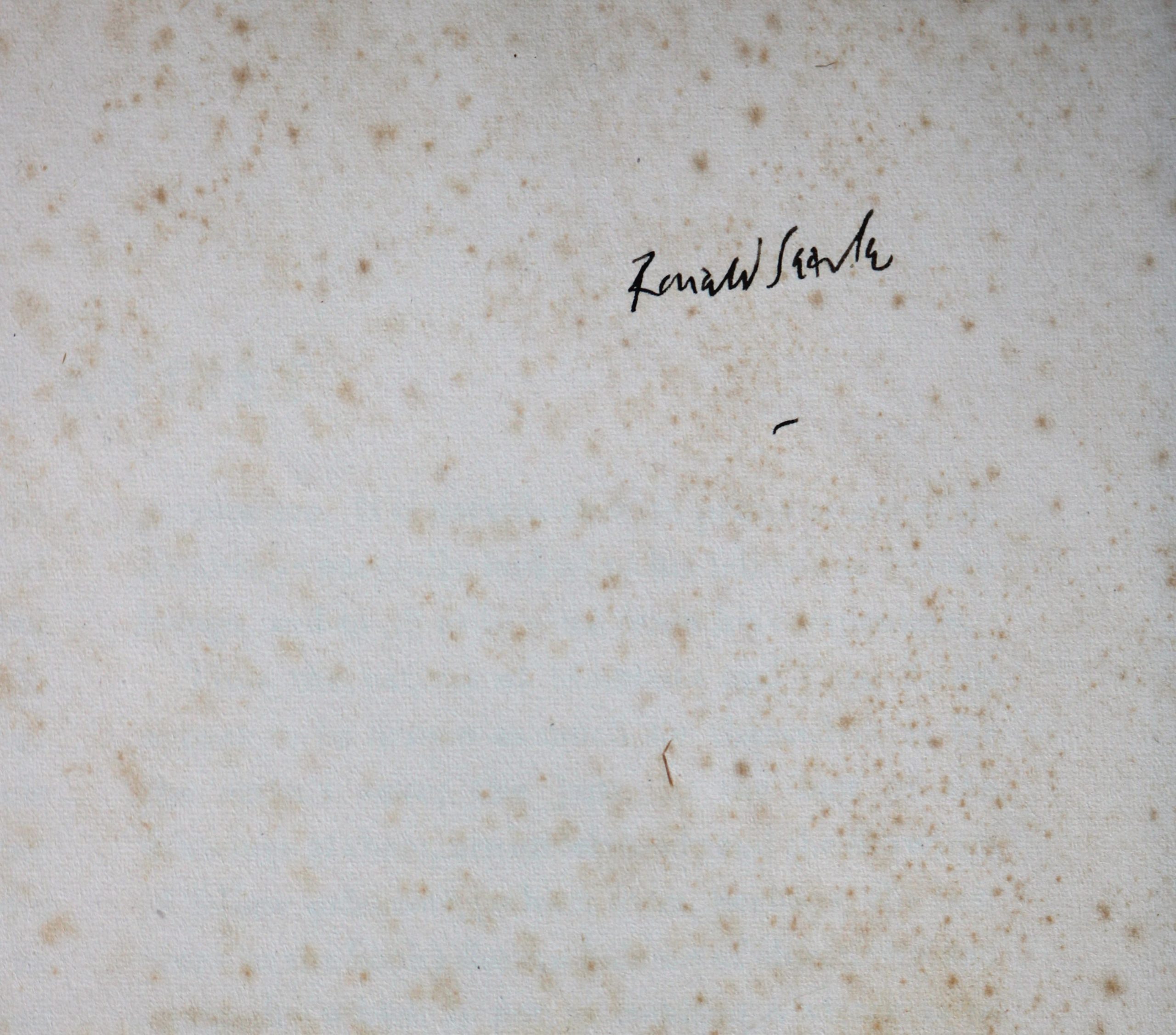 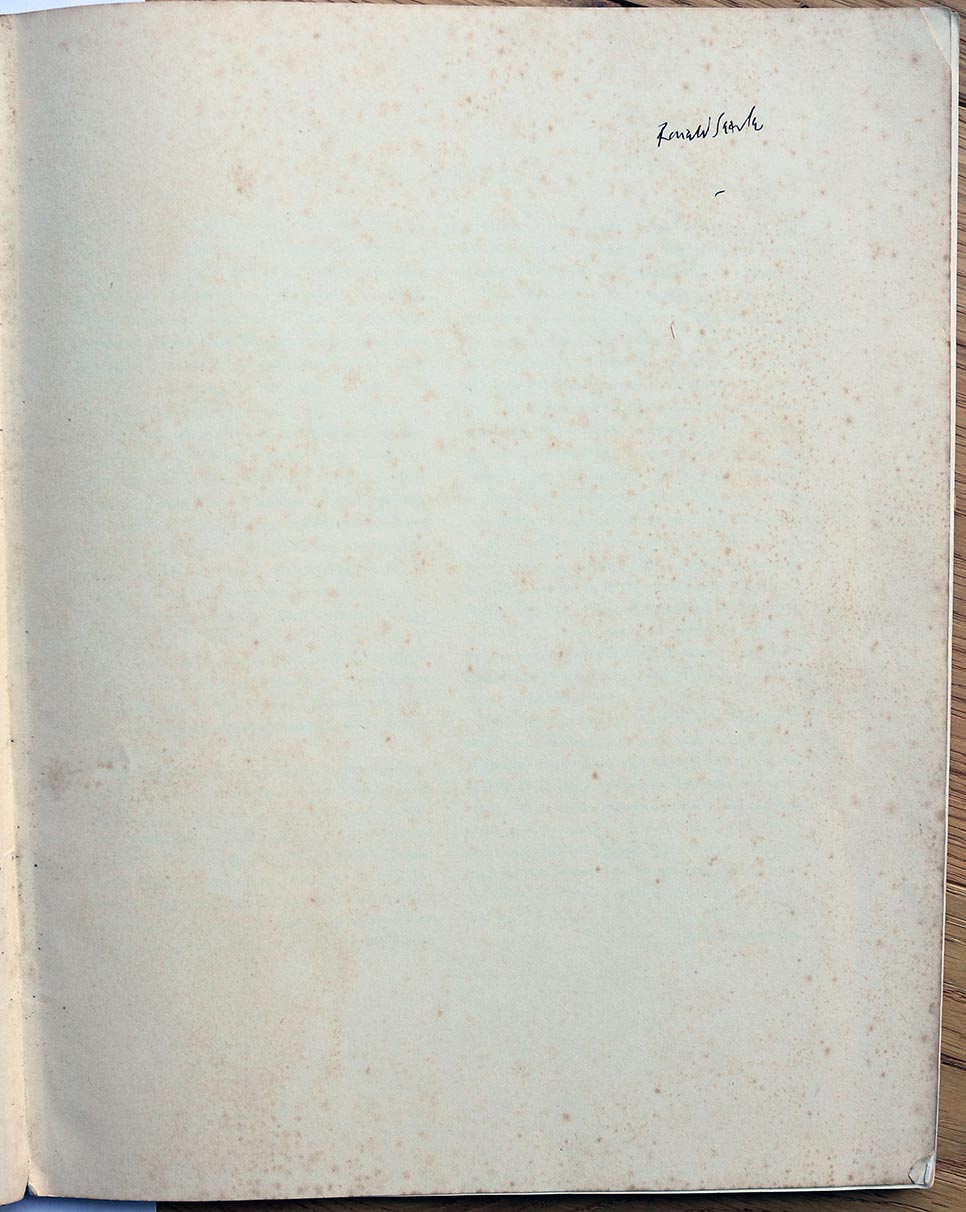 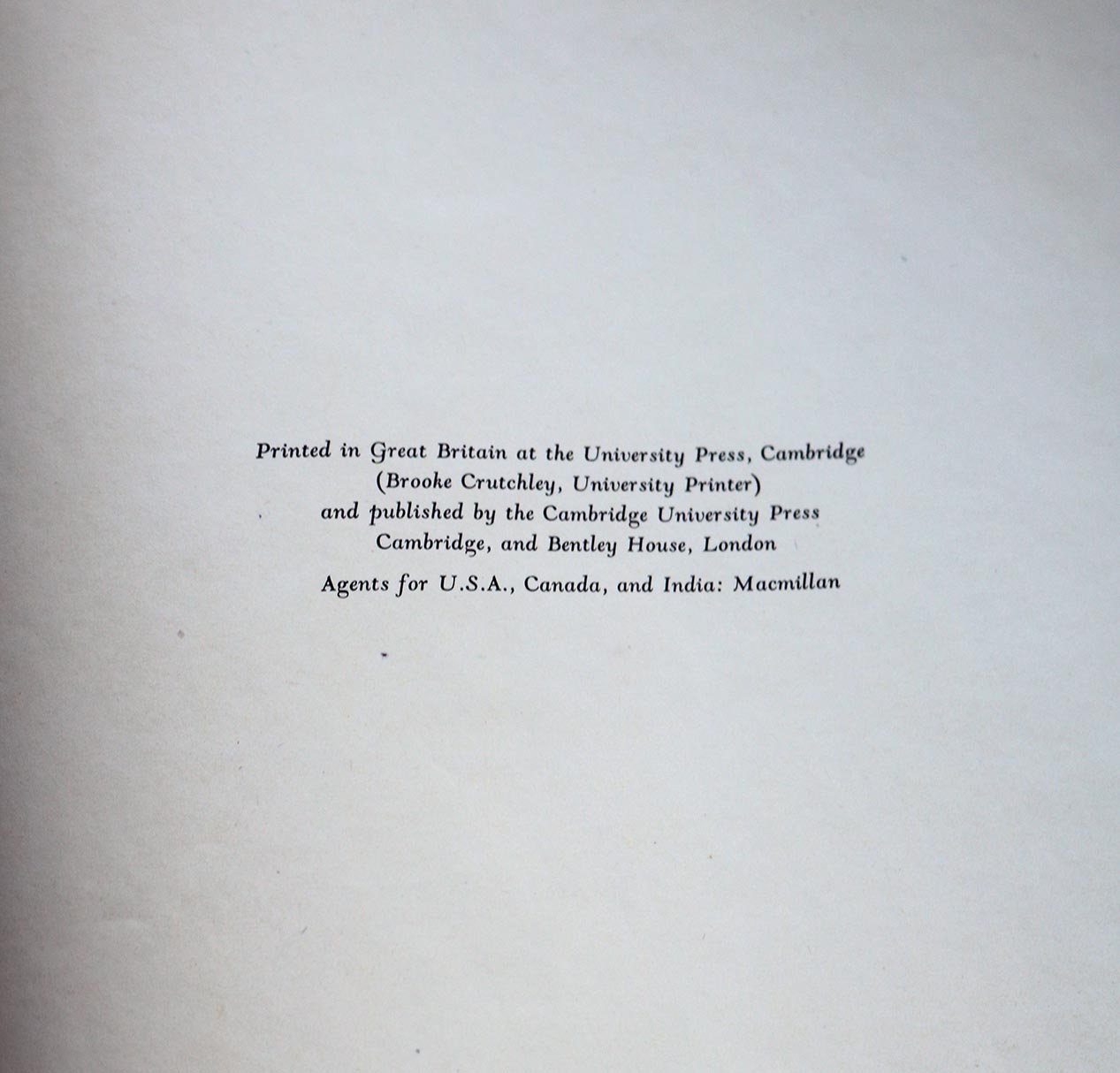 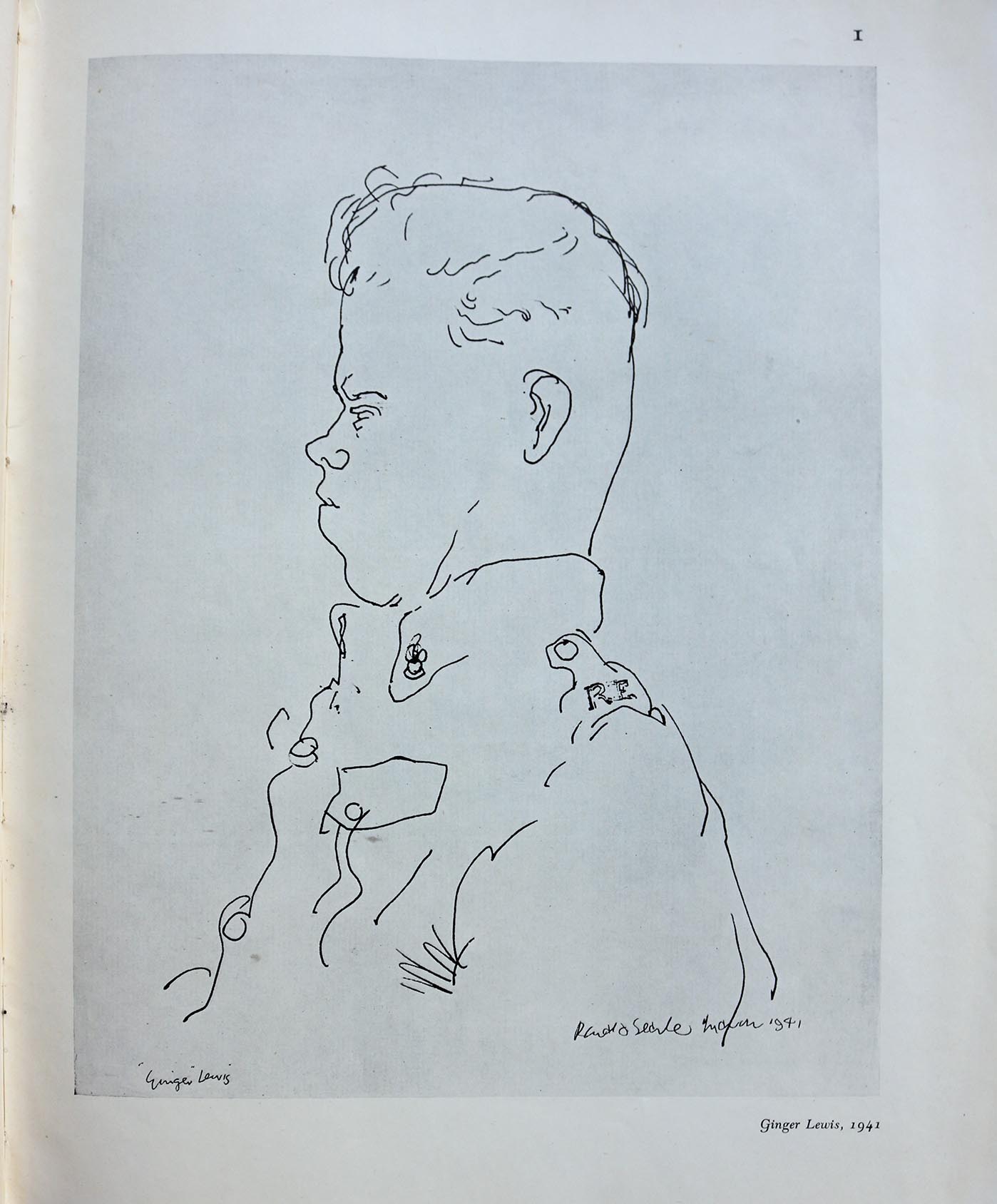 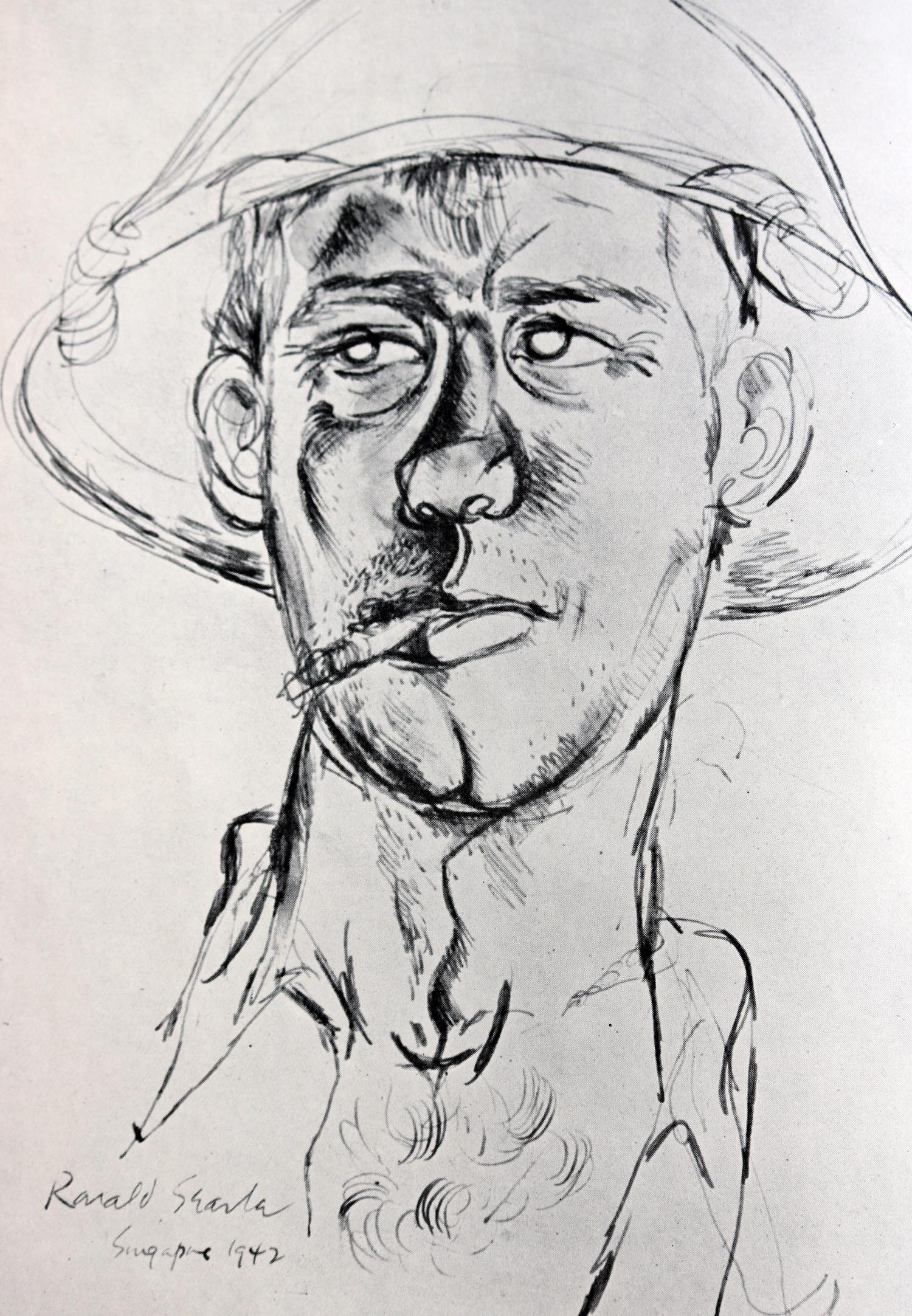 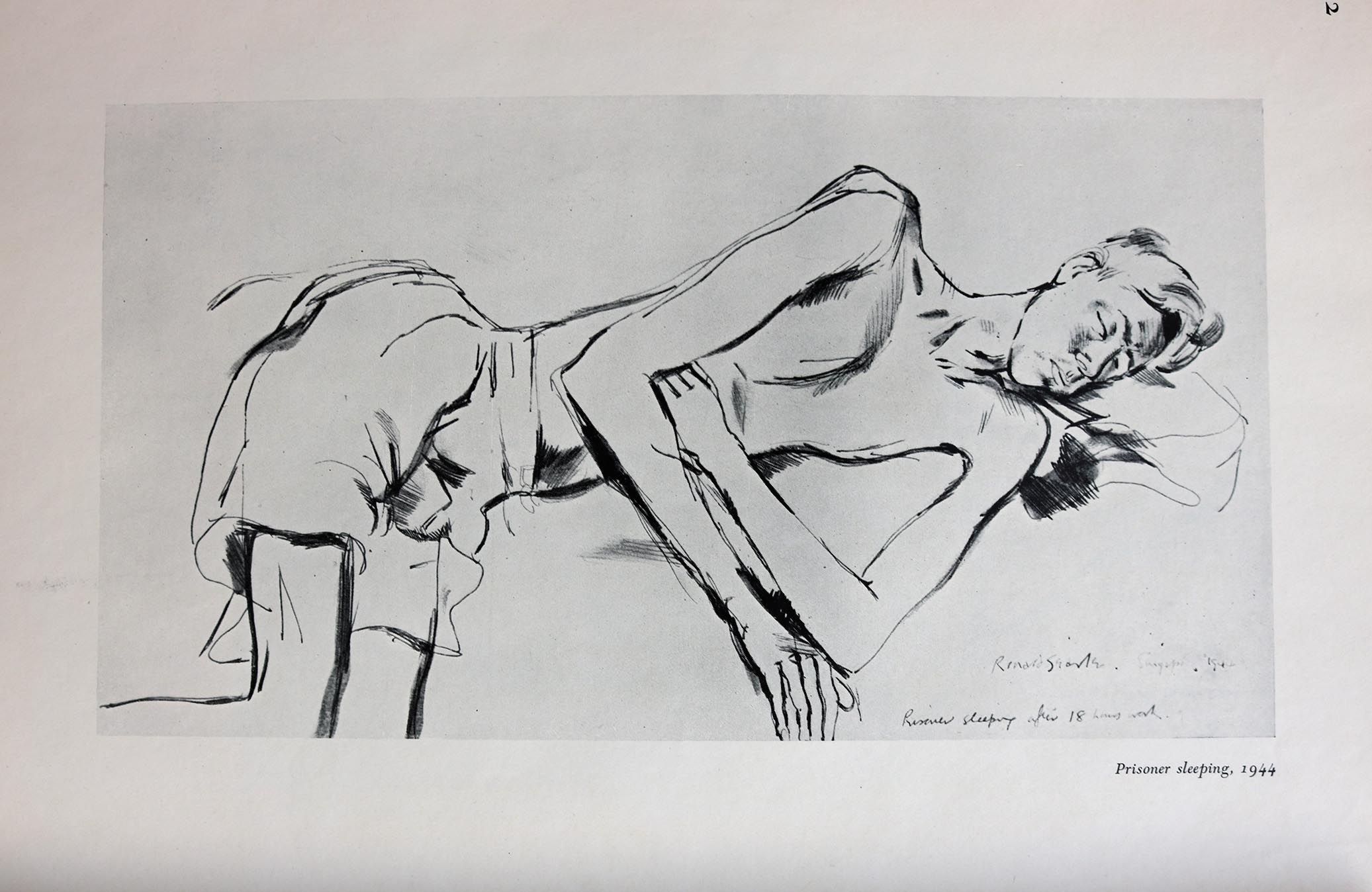 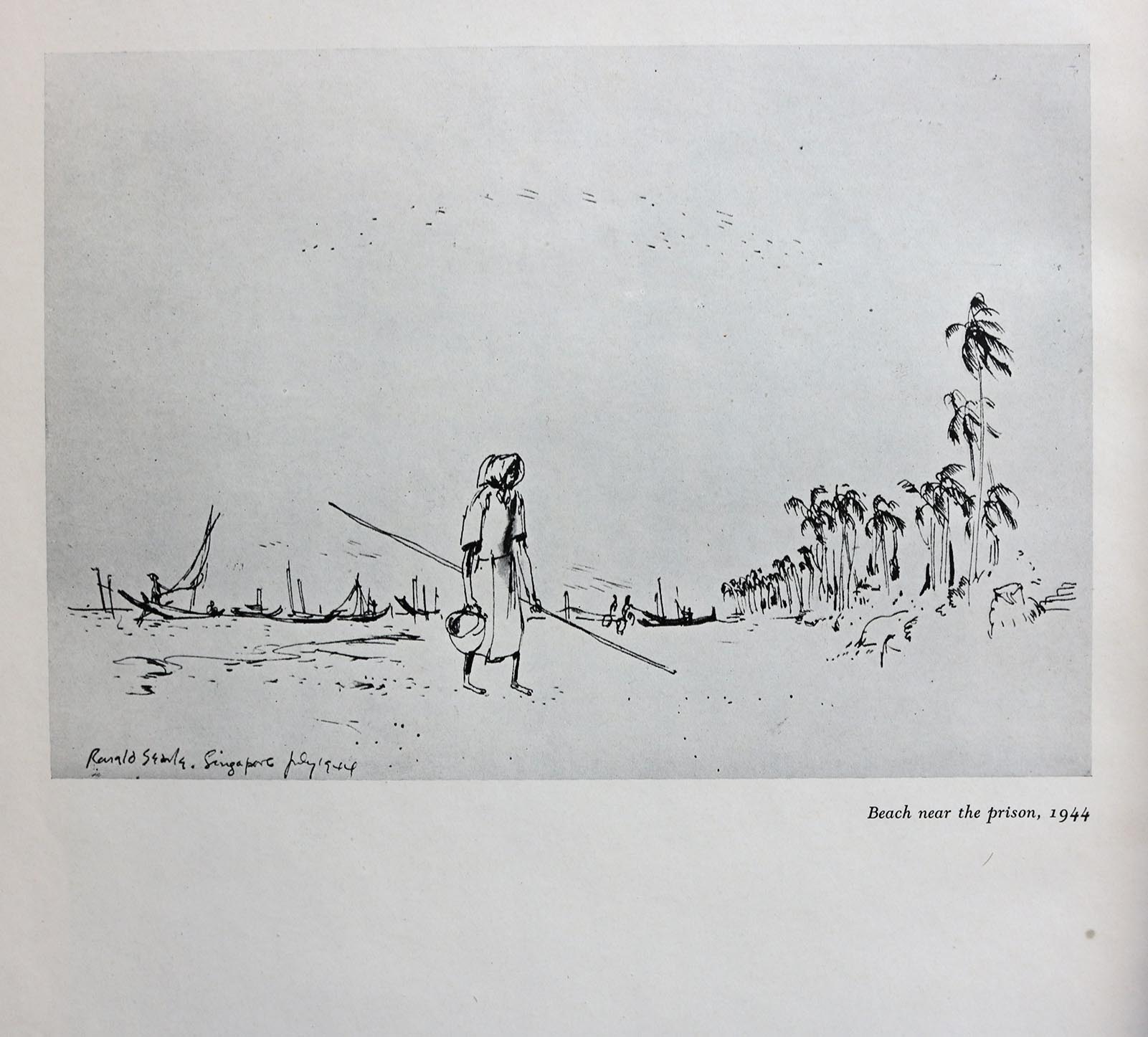 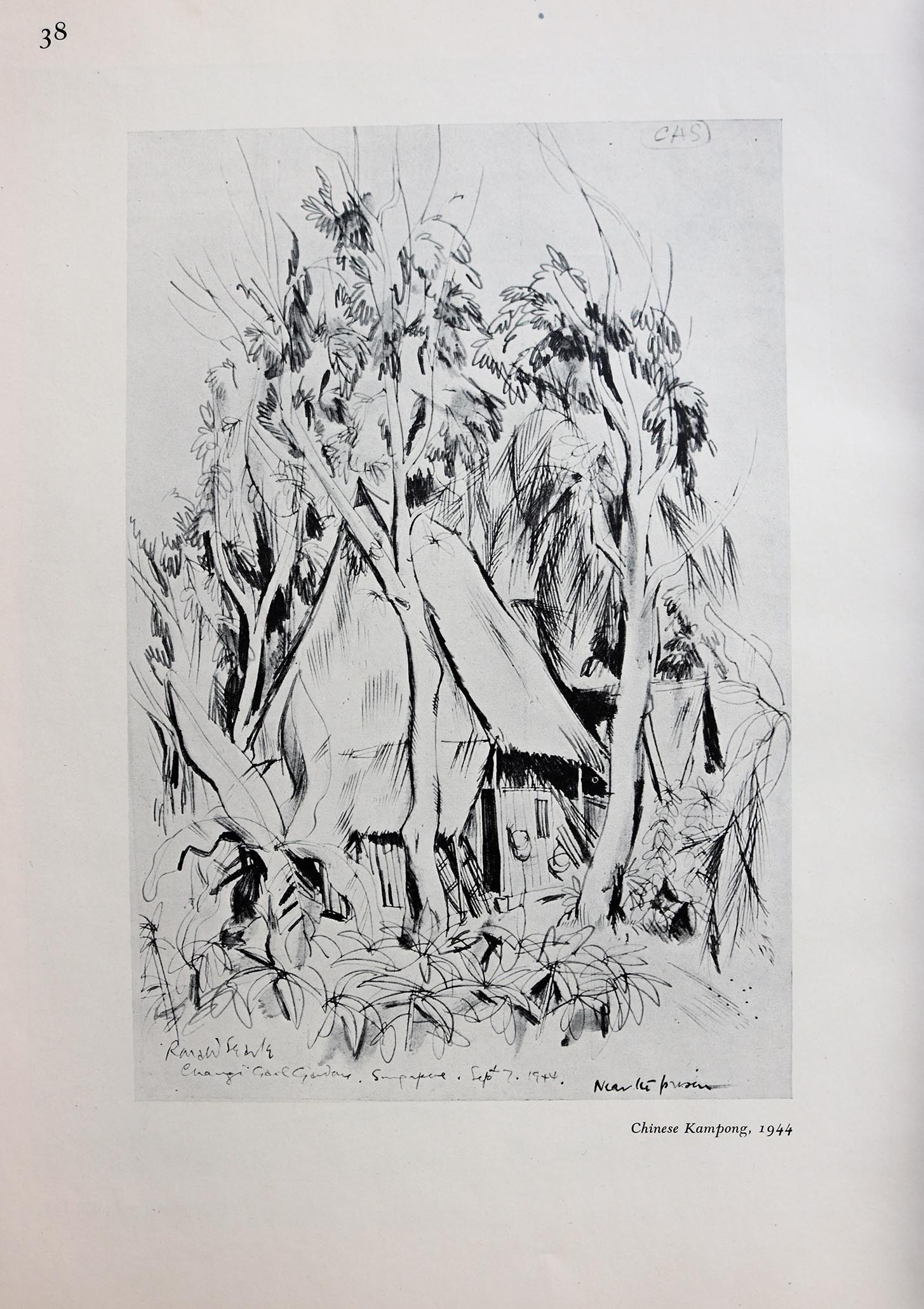 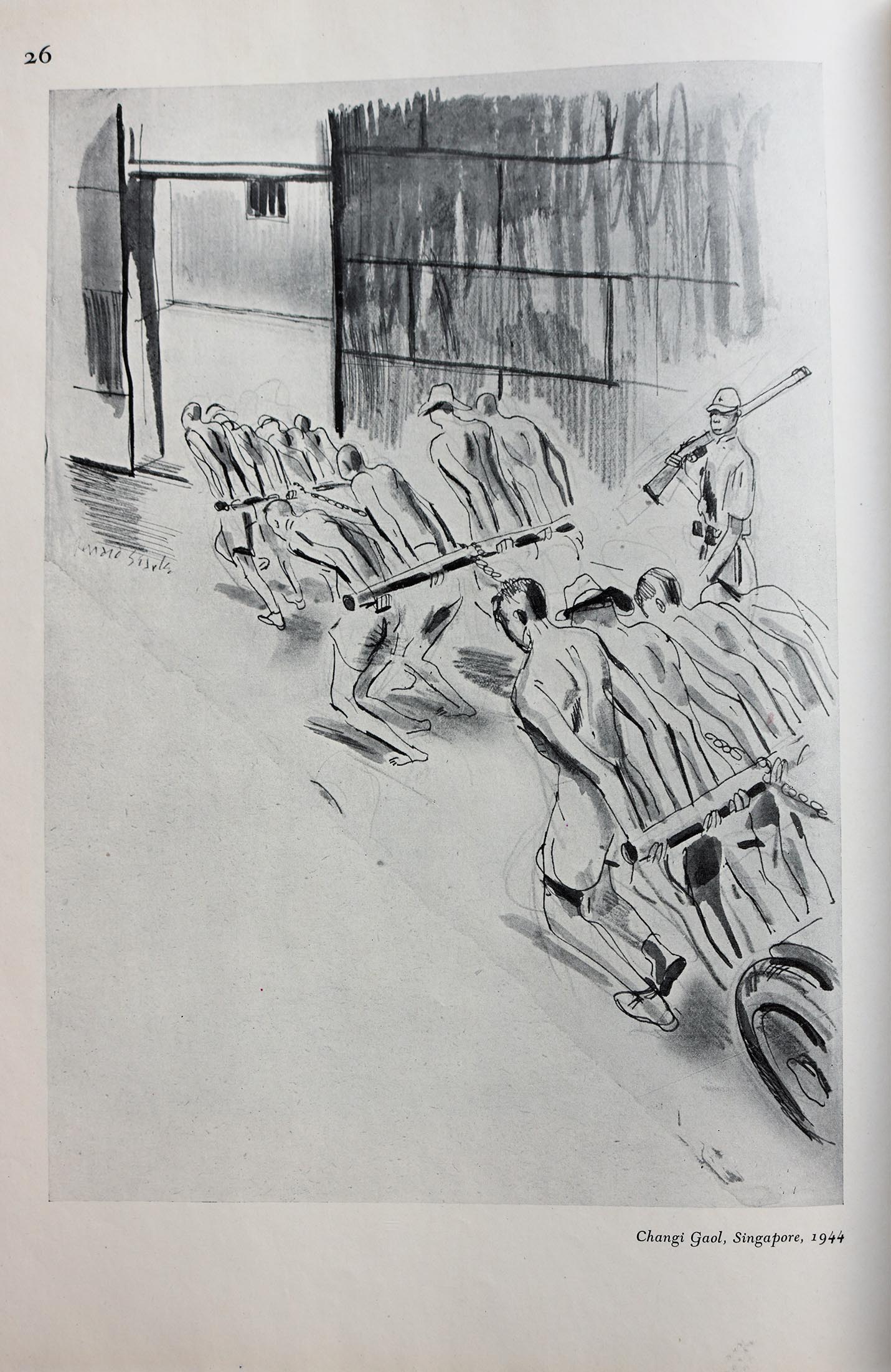 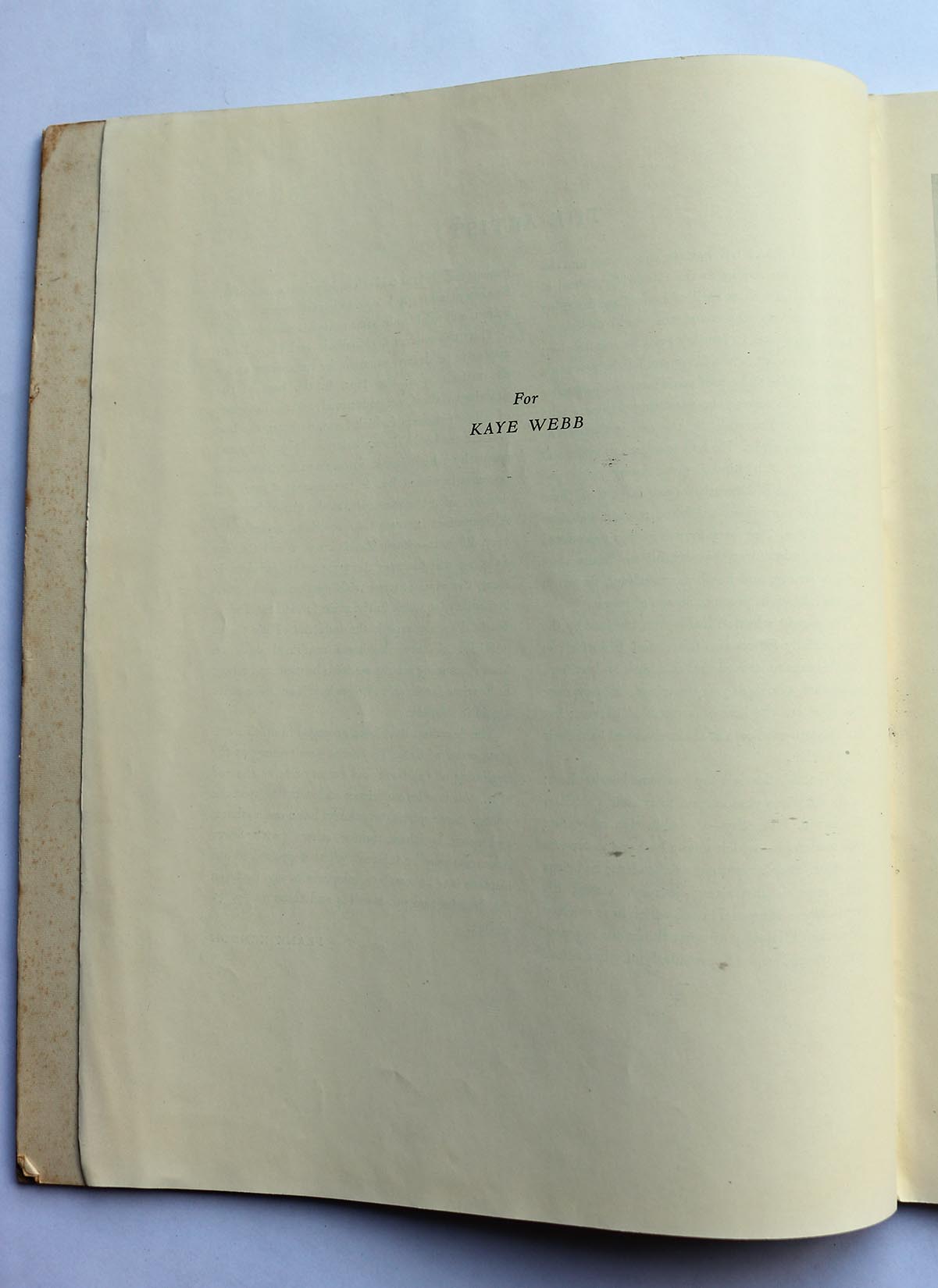 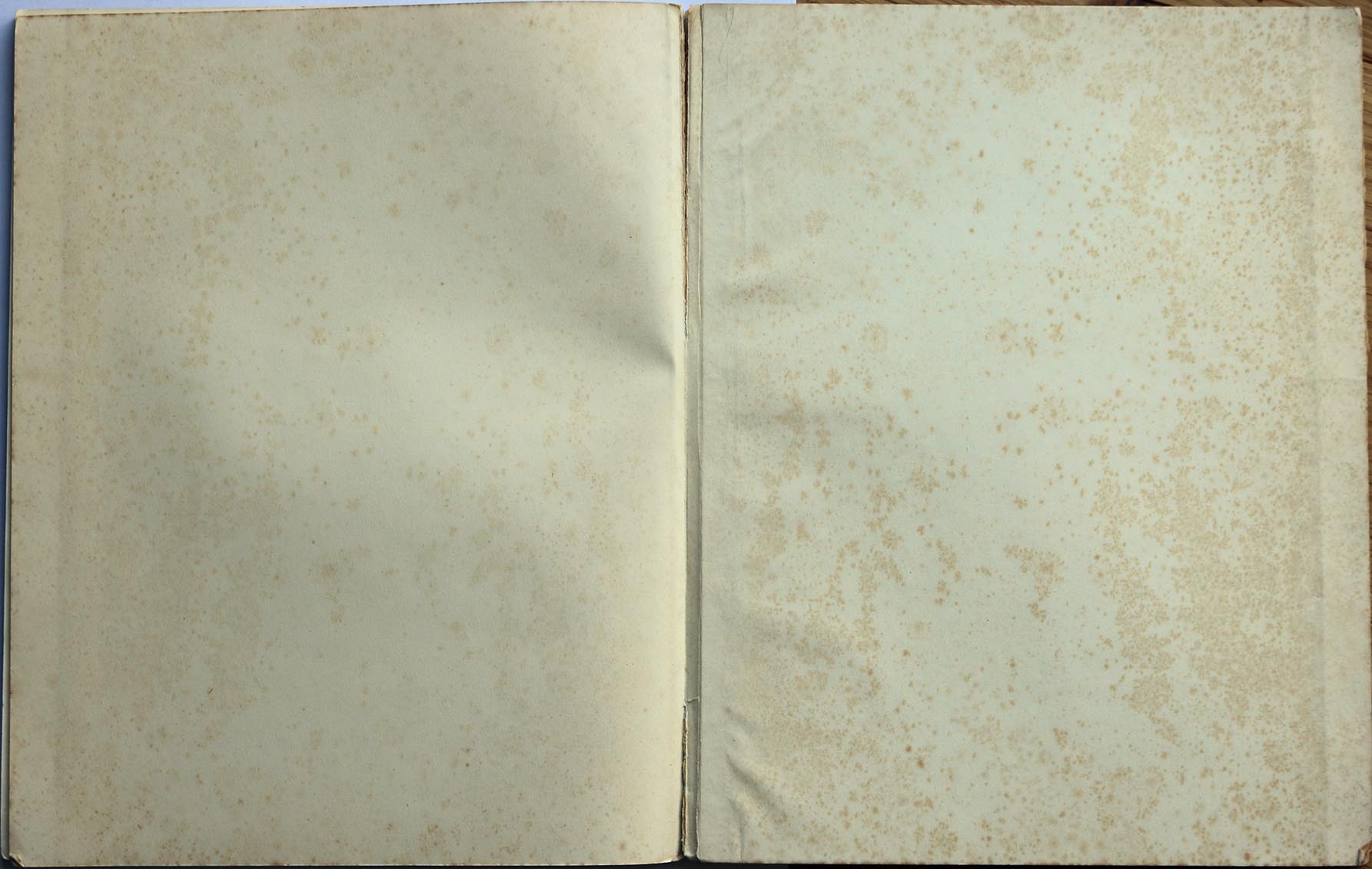 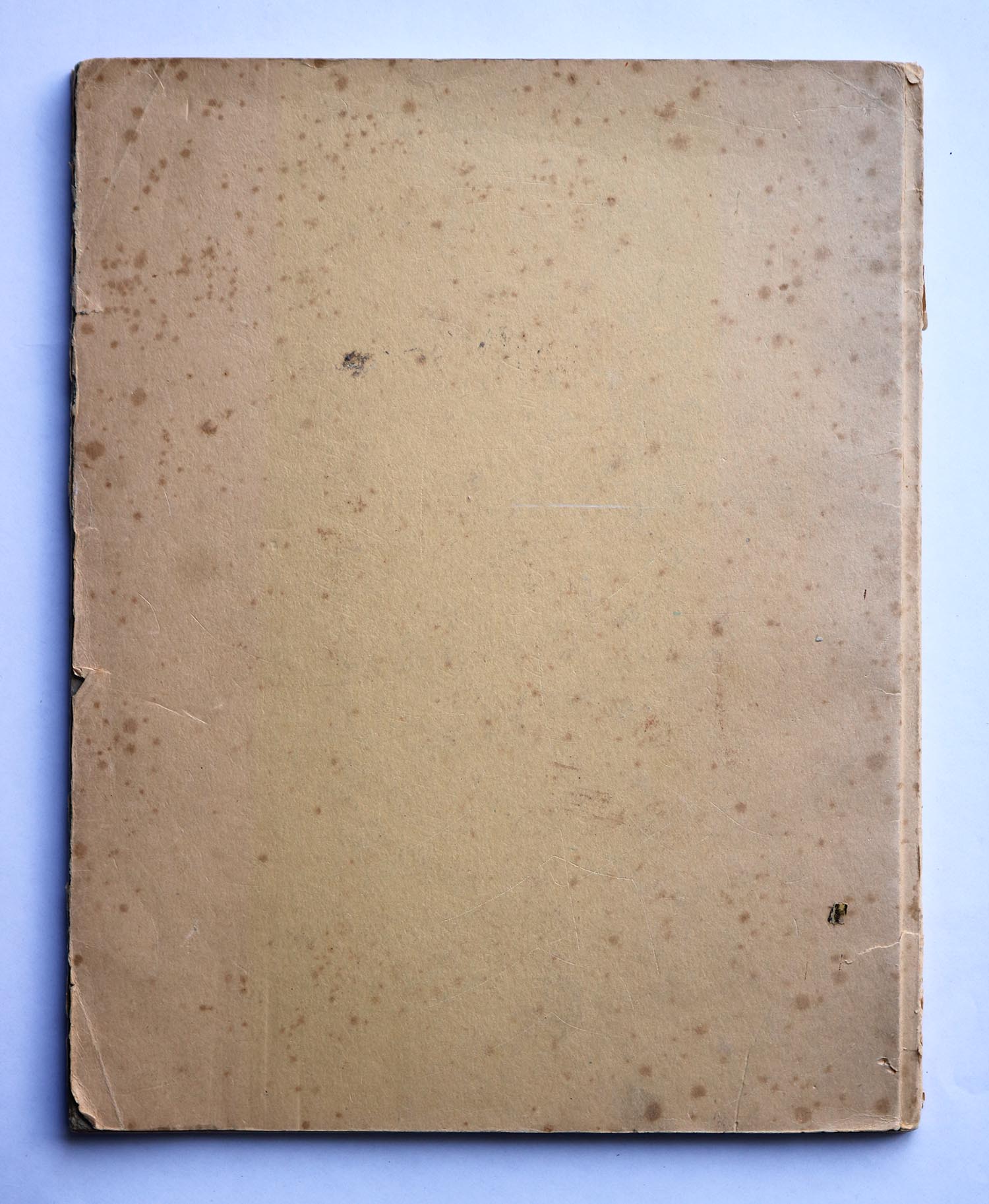 Ronald Searle (1920-2011): A signed first edition copy of “Forty Drawings” by Ronald Searle. The book is signed to front end paper “Ronald Searle”. Published by Cambridge University Press, 1946. Soft cover, in quarto size, with original card buff paper covered jacket. The book features forty drawings which detail Ronald Searle’s experience during the Second World War and the period in which he was held as a prisoner of war.

With the onset of the Second World War, Searle then aged 19, enlisted with the Royal Engineers. In 1942 he was serving in Asia and was captured during the fall of Singapore. He was held as a prisoner of war from 1942 to 1945. Under extremely harrowing and brutal conditions Searle continued to draw – his archive of almost 300 drawings is an important first hand record of life in the prison camp – the collection is now held by the Imperial War Museum. Ronald Searle Forty Drawings is a collection of those works and first published soon after his release from the prison camp in October 1945.

By the early 1960s Searle had relocated to France, and began to work more as a painter. His 1965 illustrations for Those Magnificent Men in their Flying Machines and Monte Carlo or Bust in 1967 are some of the most recognisable of the era.

To read more about Ronald Searle see this recent article published in The Oldie https://www.theoldie.co.uk/blog/happy-100th-birthday-ronald-searle

For more pieces by Ronald Searle included in our store see RONALD SEARLE (1920-2011): A signed first edition copy of “The Female Approach”, 1949

RONALD SEARLE (1920-2011): A signed first edition copy of “The Female Approach”, 1949
EDGAR NORFIELD (1895 – 1977): An original humorous 1940s caricature featuring a robot captioned “I’m afraid the Professors Will is going to be rather a shock to most of you”
This website uses cookies to ensure you get the best experience on our website. Find out more