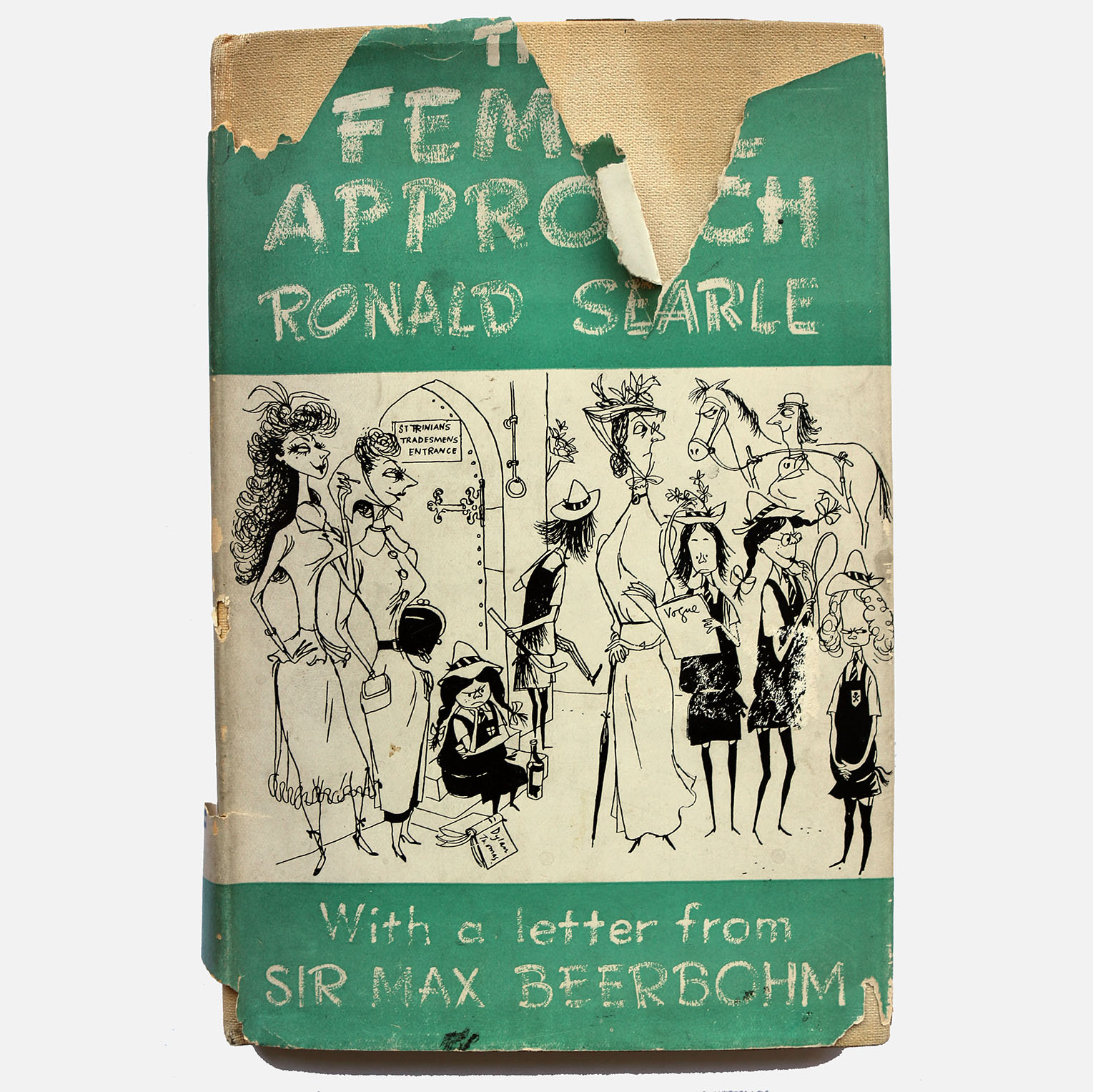 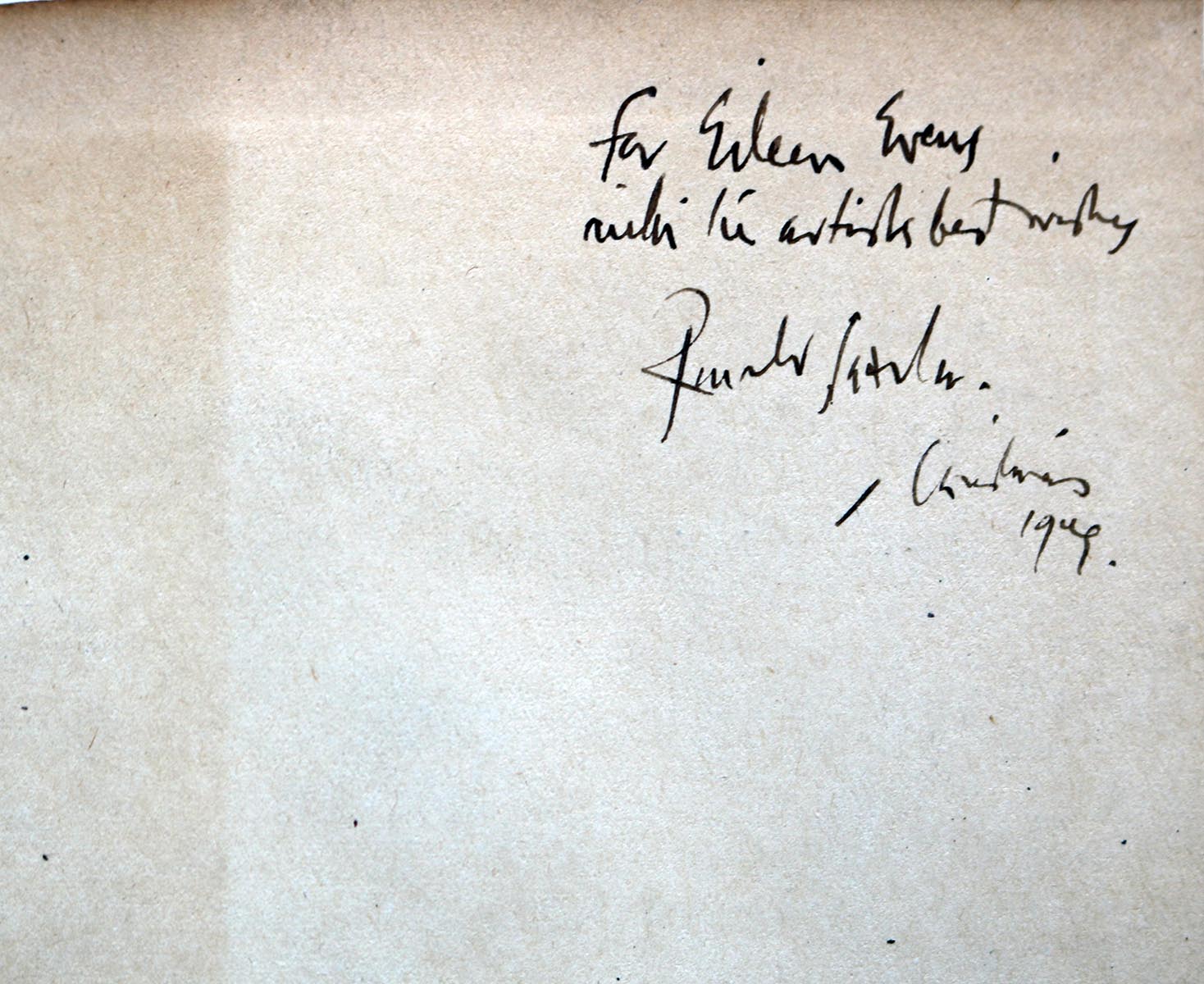 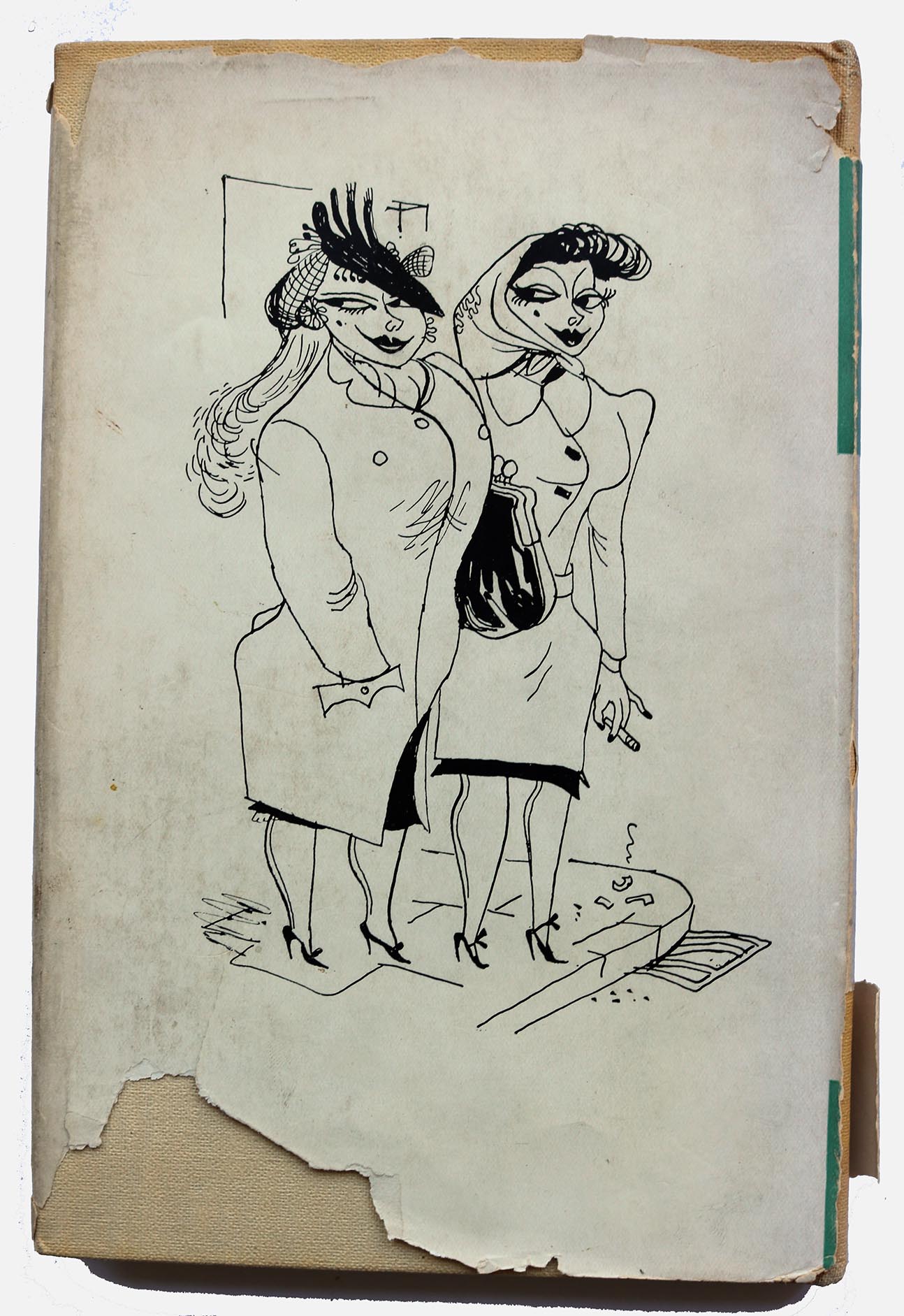 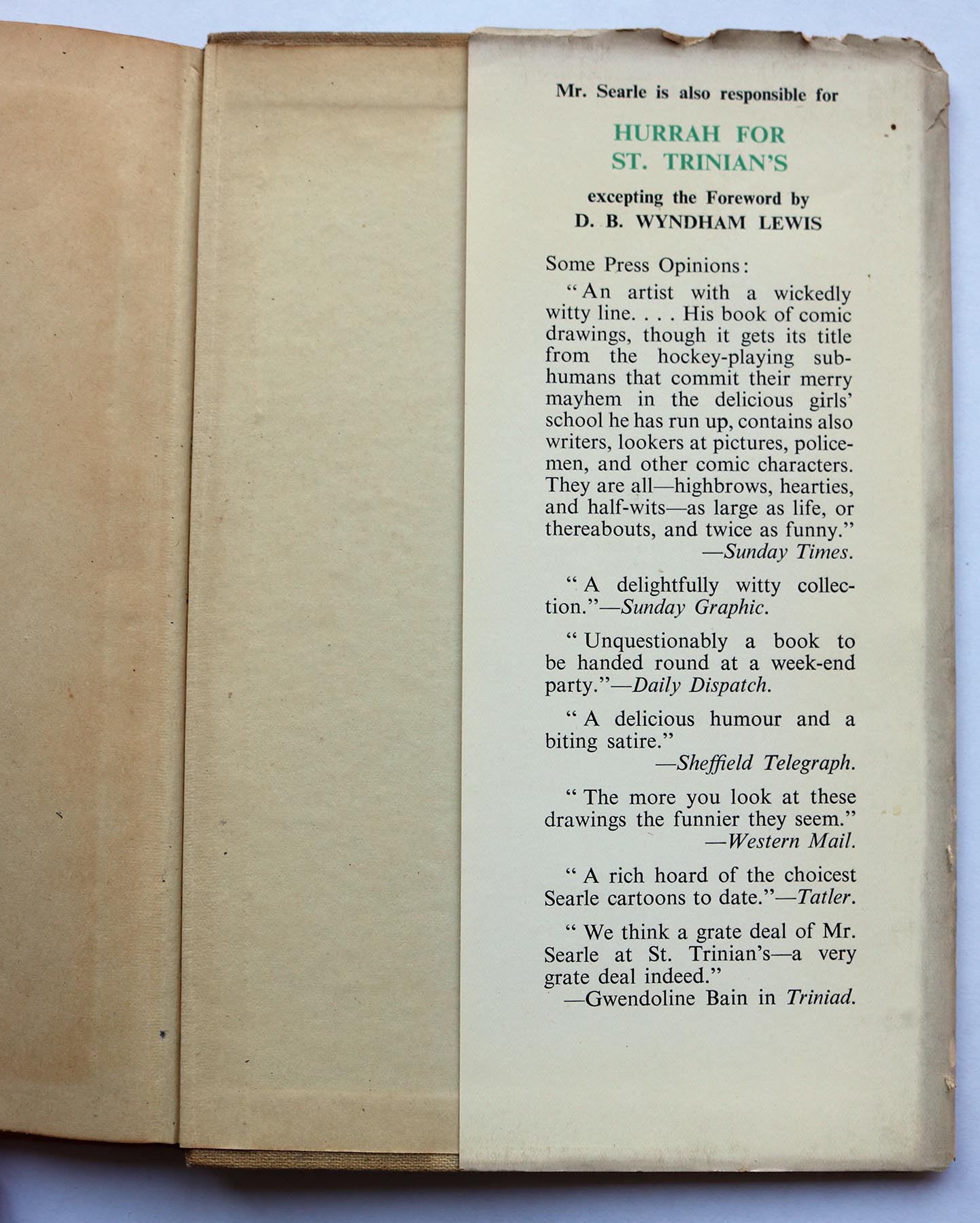 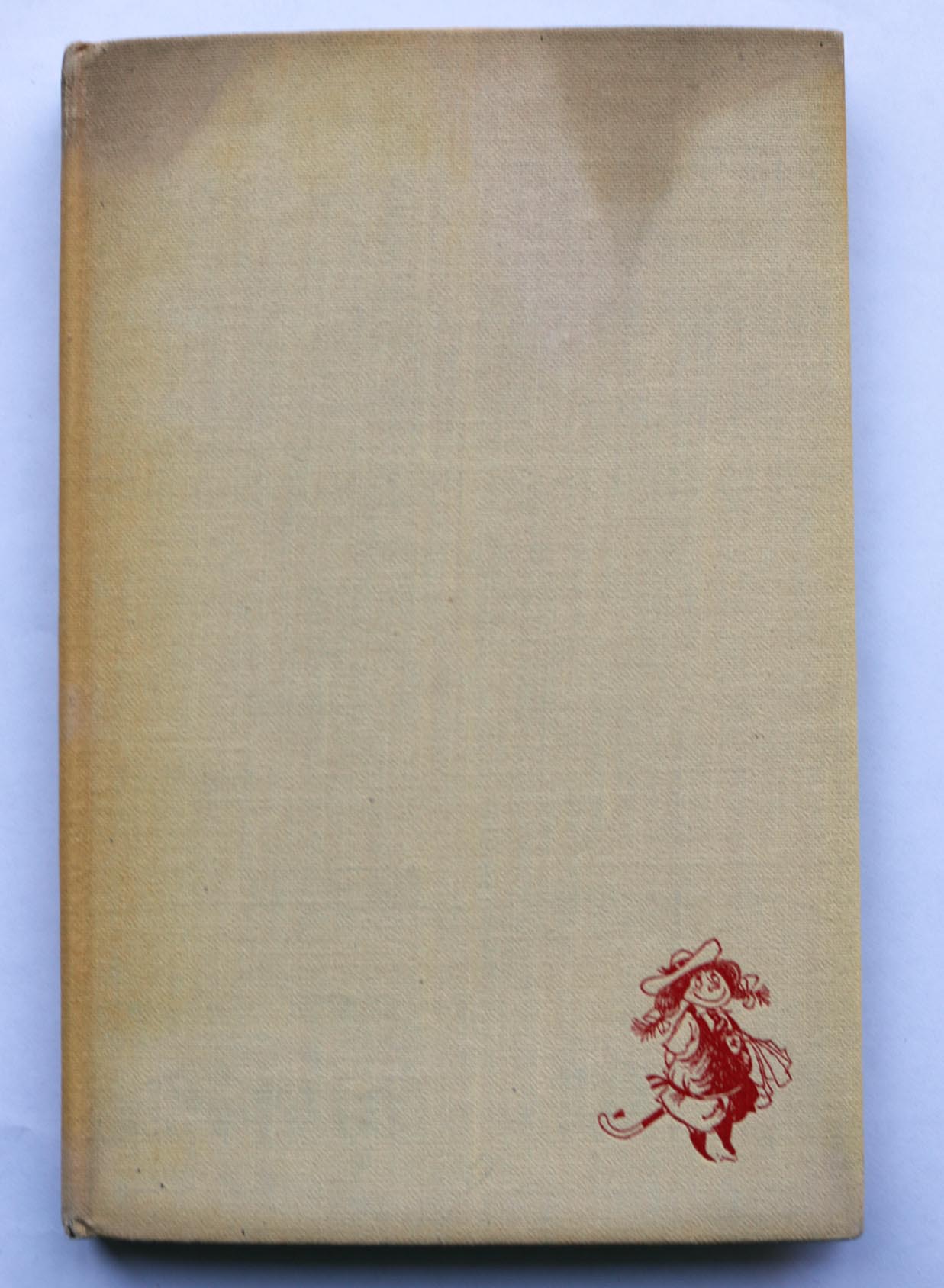 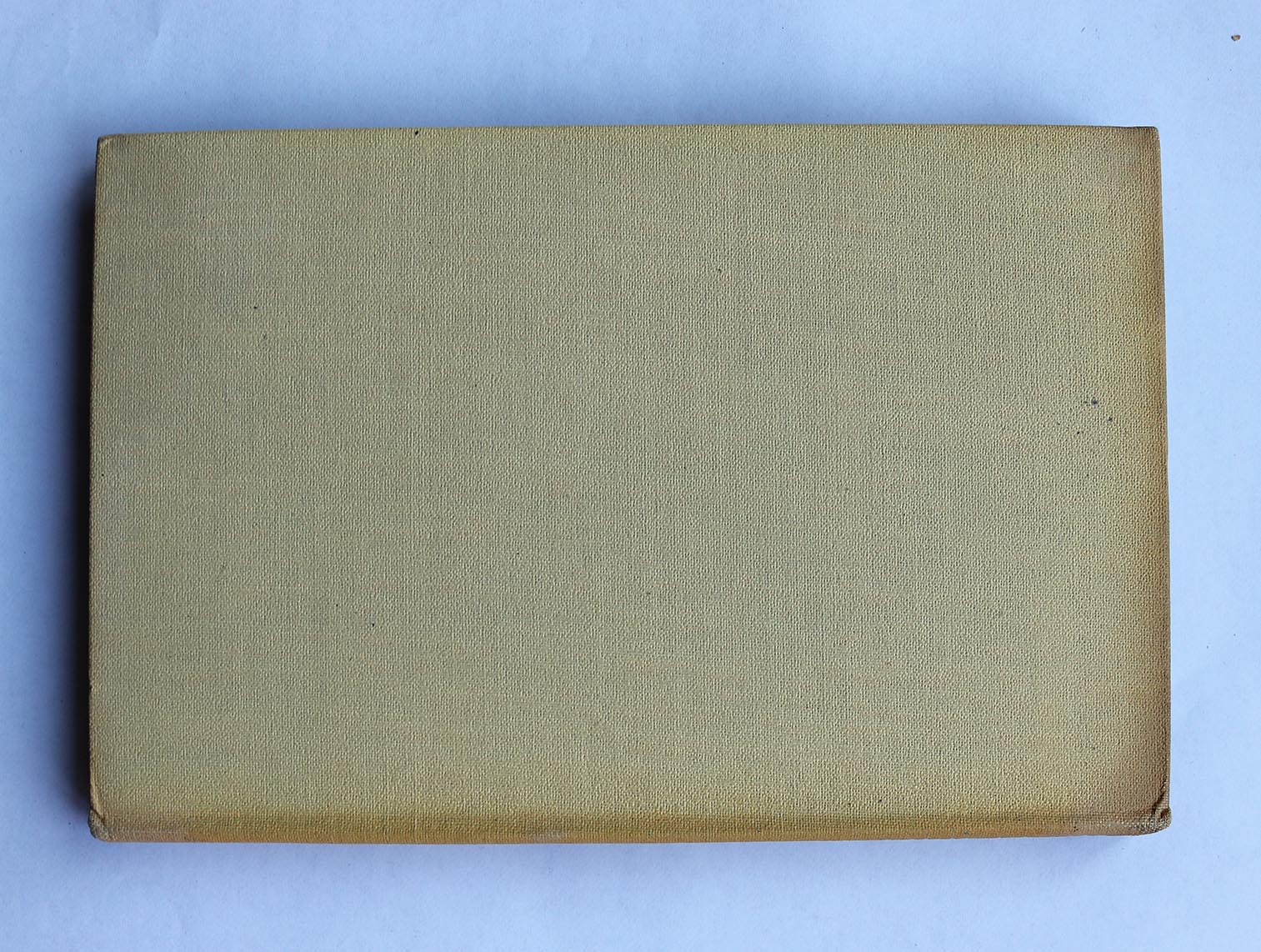 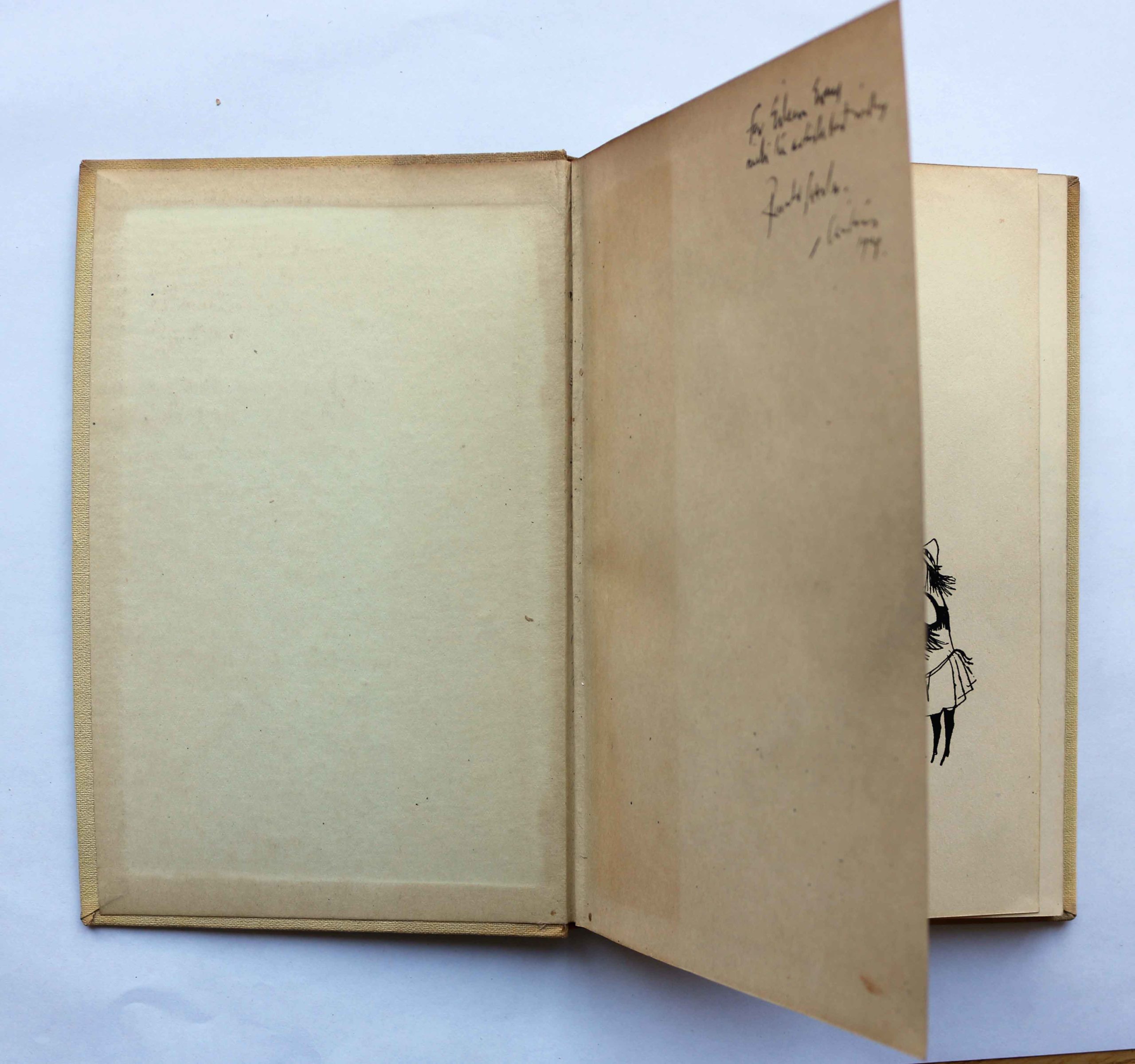 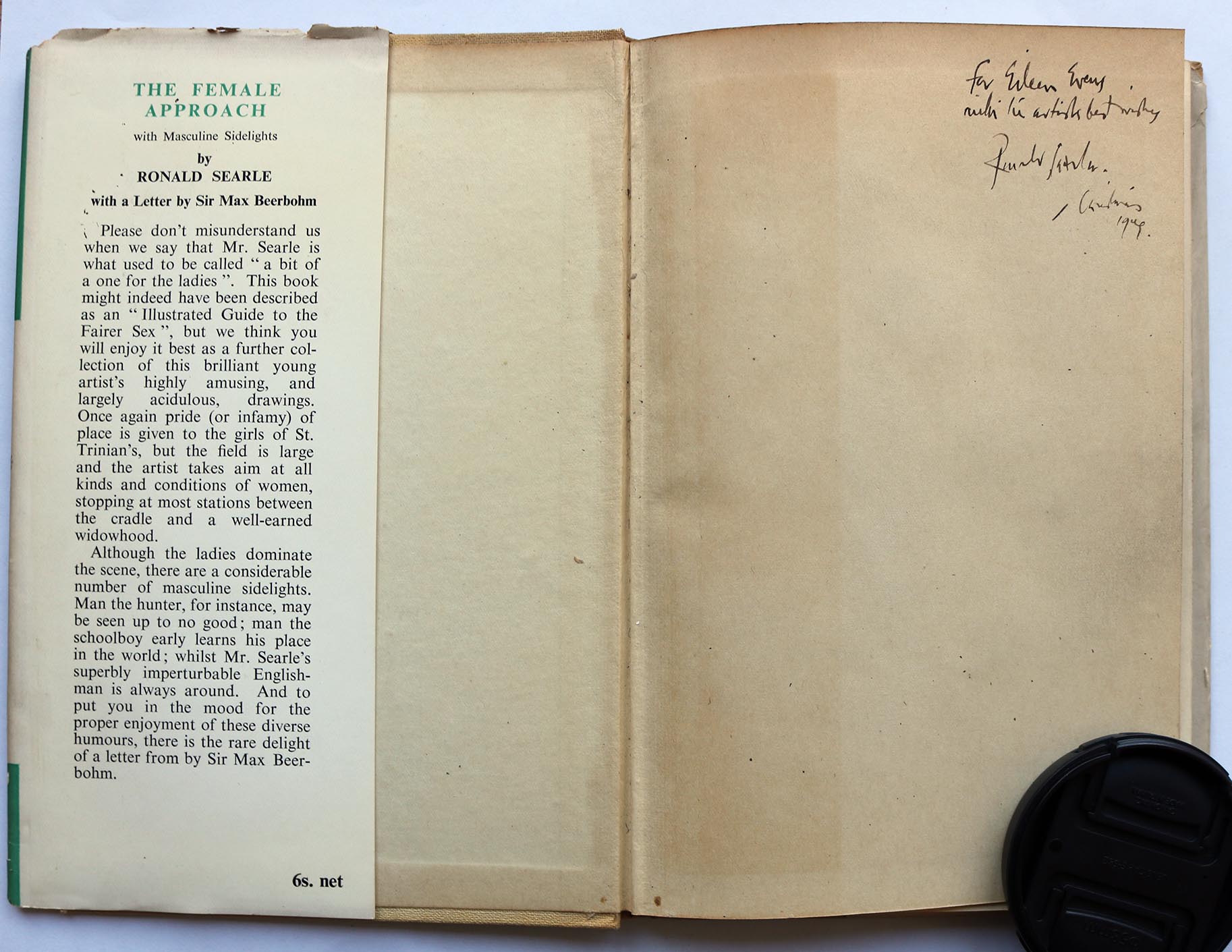 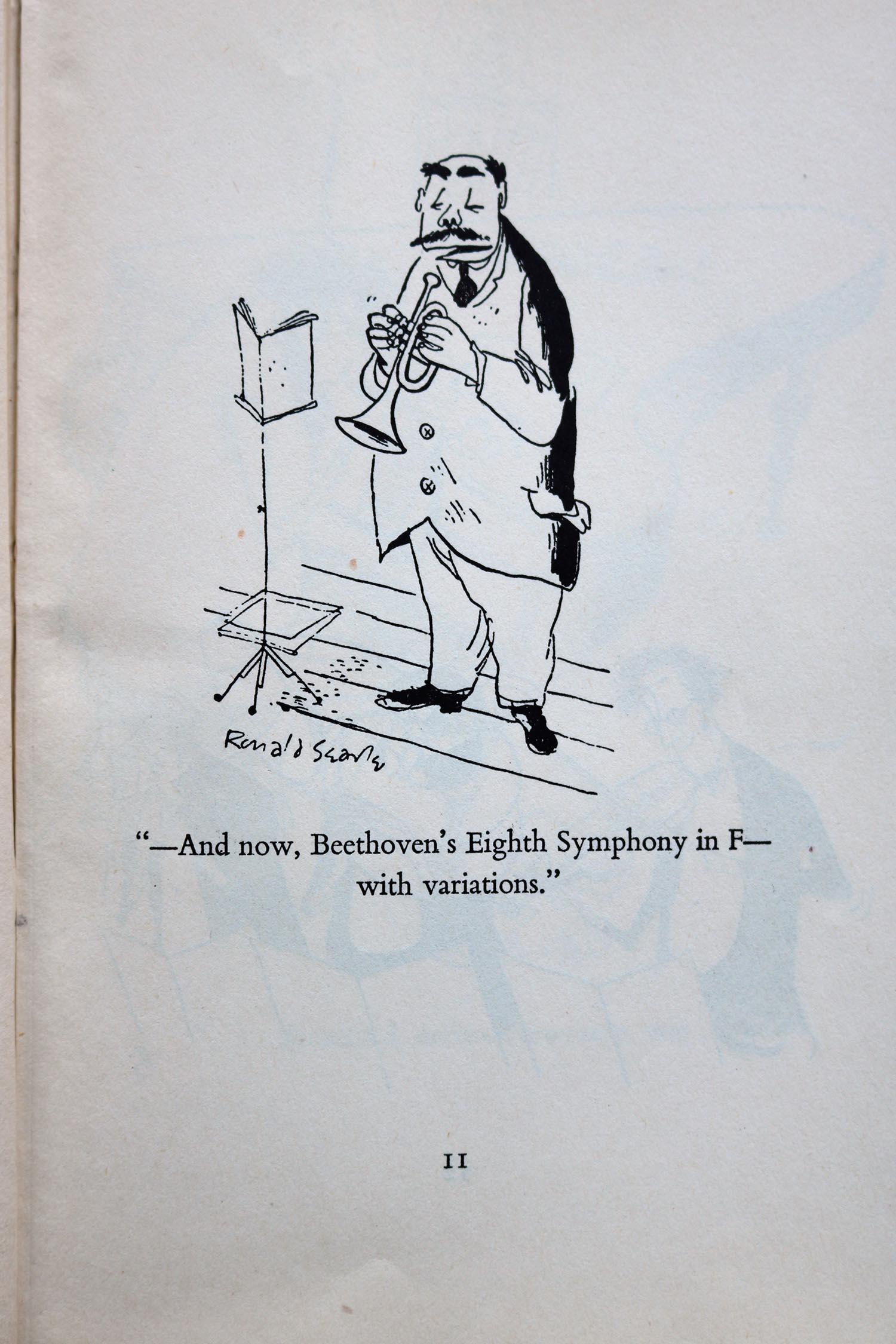 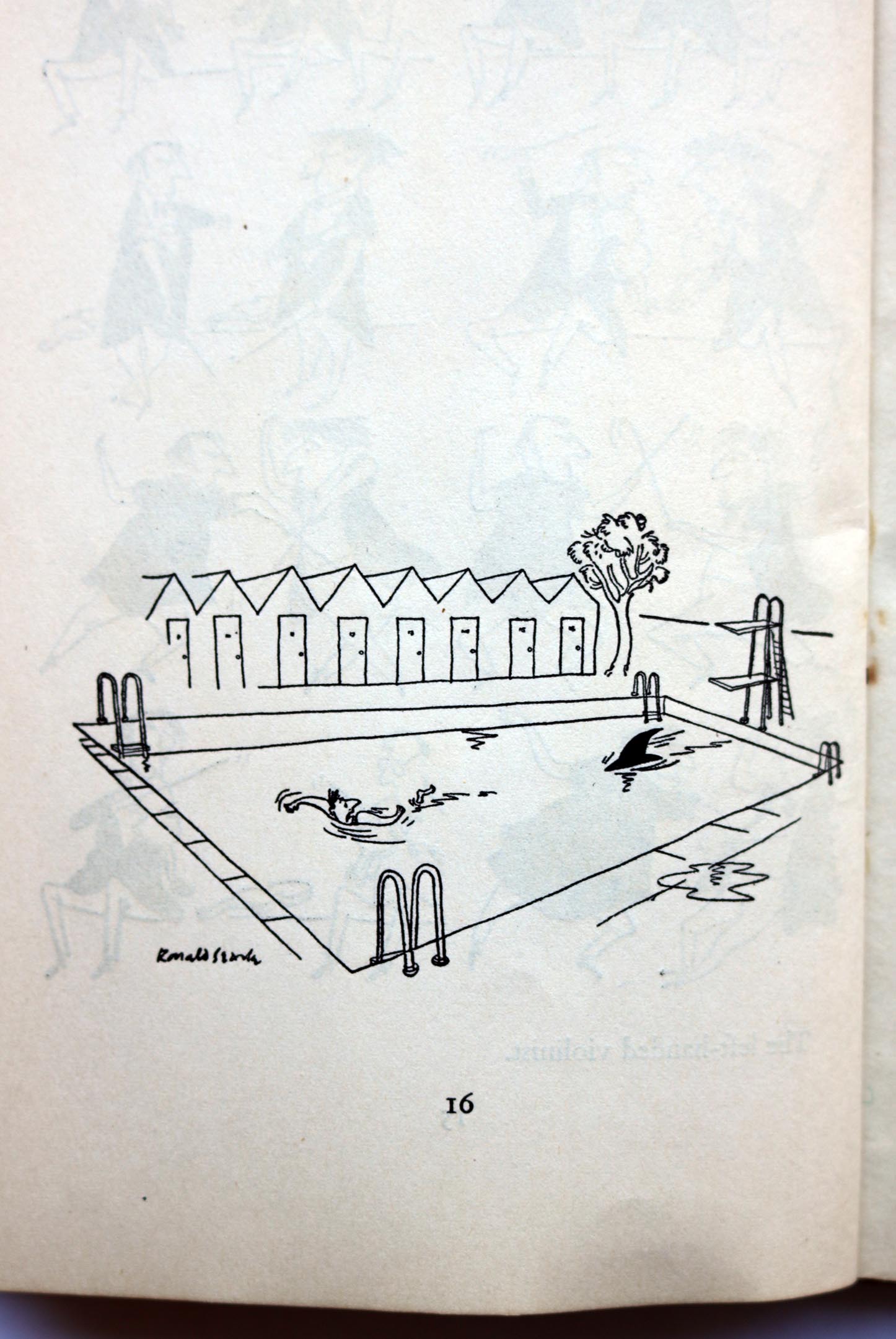 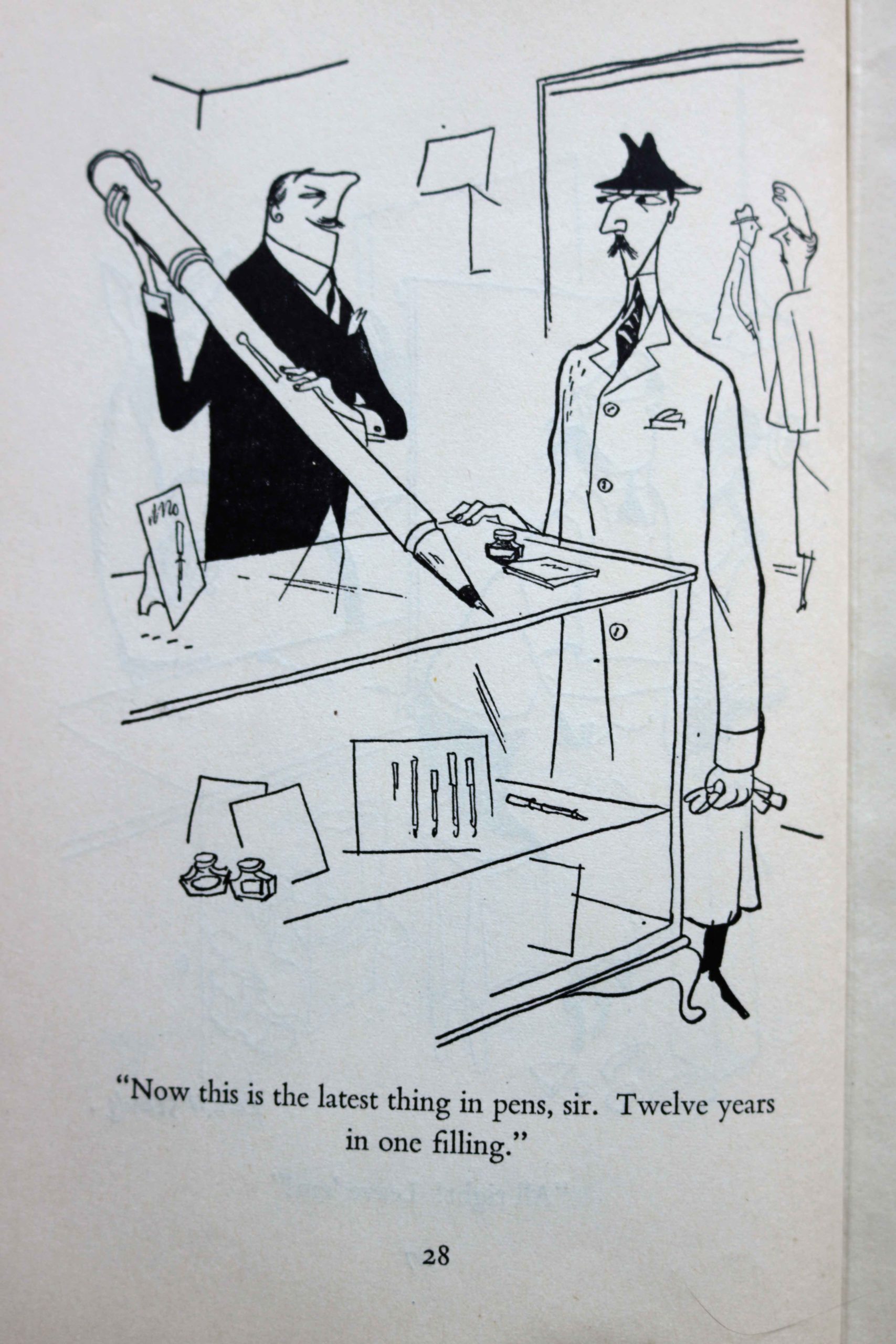 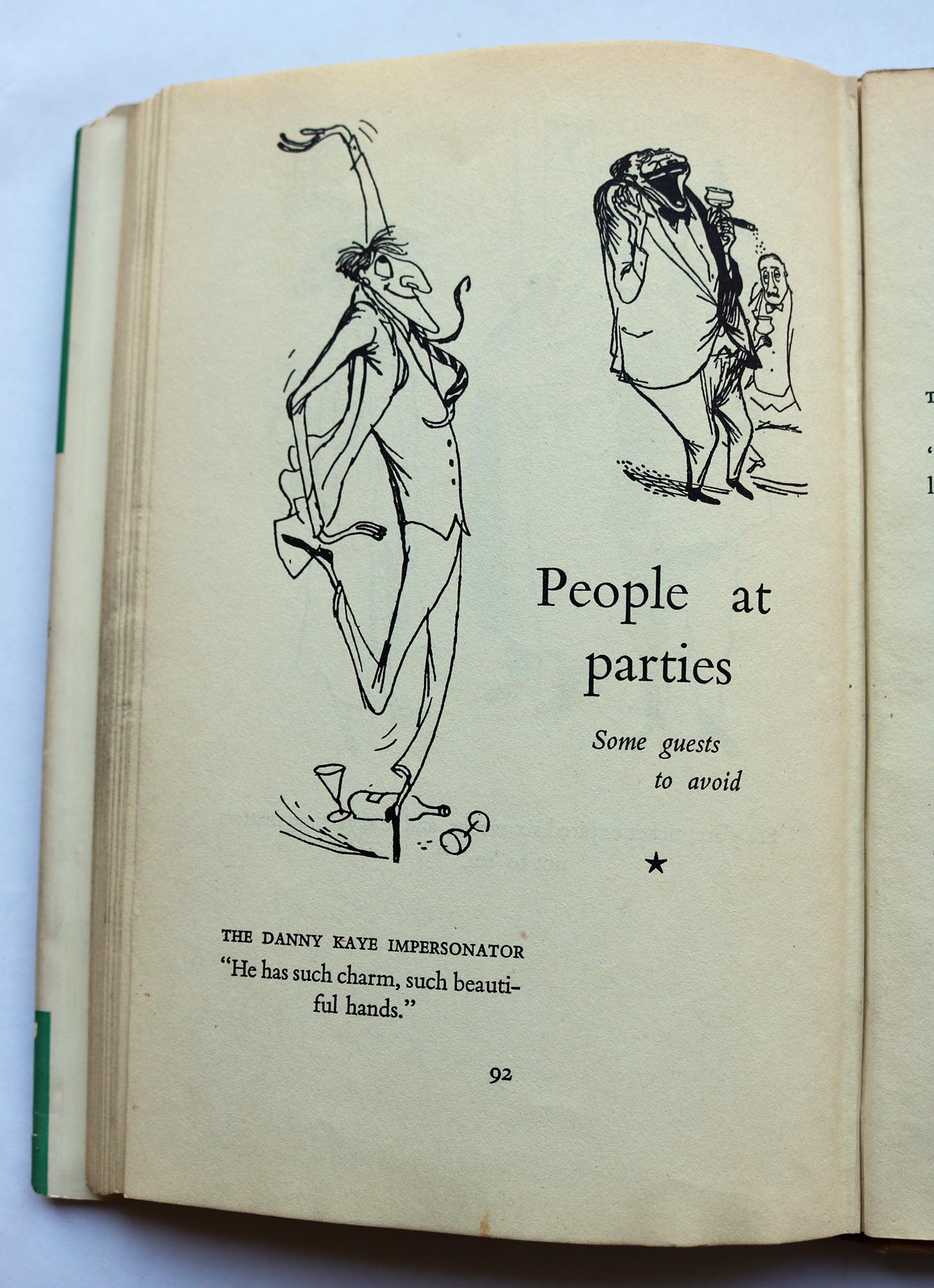 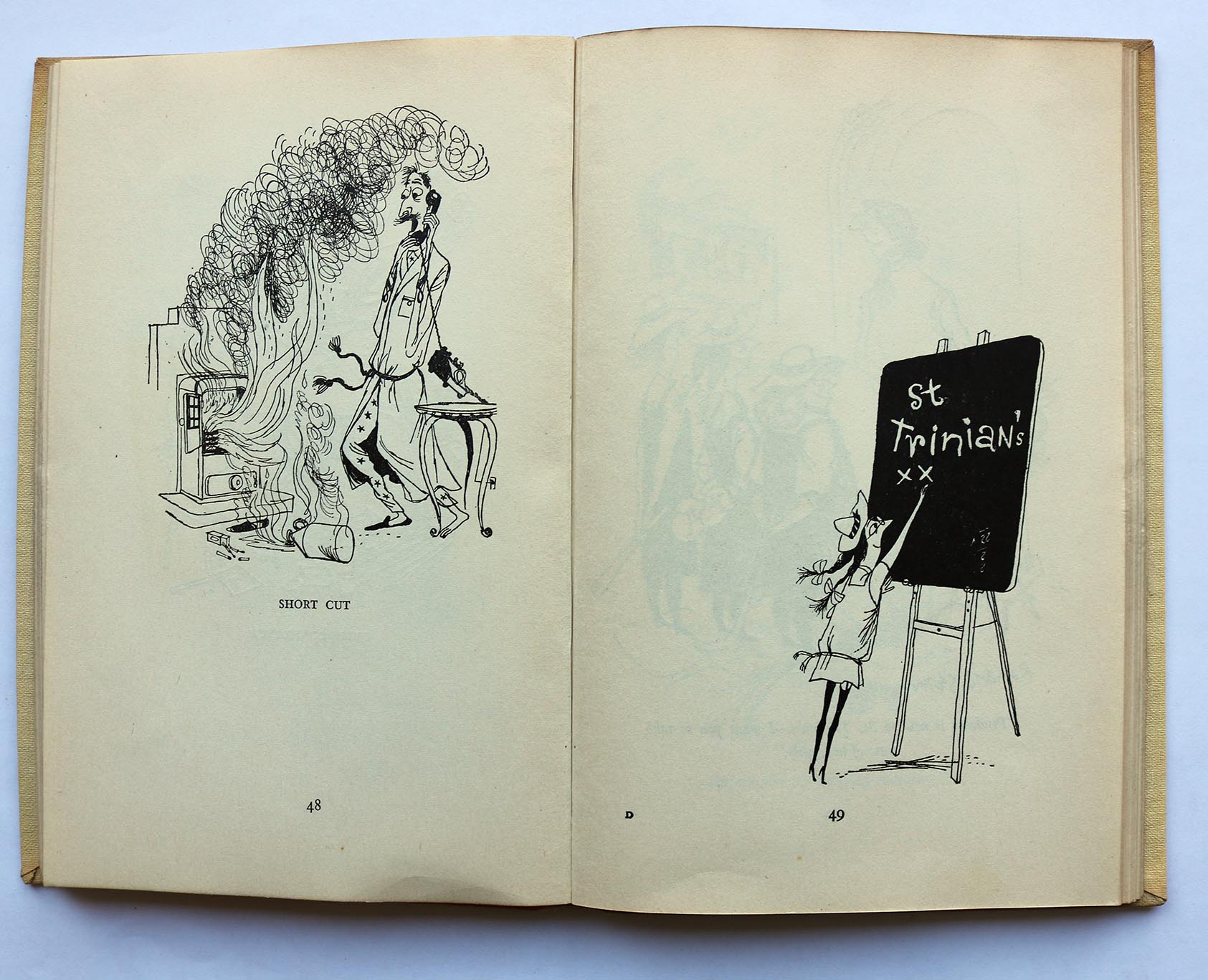 Ronald Searle (1920-2011): A signed first edition copy of “The Female Approach” by Ronald Searle, with a letter from Sir Max Beerbohm. The book is signed and inscribed to front end paper “For Eileen Evans, with the artists best wishes, Ronald Searle – Christmas 1949”. Published by MacDonald, London. Hard cover, in 8vo size, with original pictorial dust-jacket, illustrations include St. Trinian’s characters.

The inscription is dedicated to Eileen who was Eileen Evans a British artist, Graphic Designer and co founder of the Mount/ Evans design studio. Eileen Evans worked often as a poster designer and designed many well-known propaganda and safety posters for the British Government during the 1940s – 1960s.

Condition report: Overall condition fair/ good – dust cover with losses throughout, ink stain visible to dust jacket front, cloth cover with some discolouration, pages with handling creases and some with staining one with minor ink mark, some looseness to binding (see images).

Ronald Searle CBE (1920-2011) was a hugely influential artist, illustrator and cartoonist. His work as the creator of St Trinian’s is probably his most famous but over a career that spanned nine decades, he worked on a vast number of projects. Searle came from humble beginnings, he began drawing aged 5 but upon leaving school at 14, he worked for the Co-Op. Searle, however, continued taking evening classes to further his education. His talent was spotted after he submitted cartoons to a local Cambridge newspaper and he won a full time scholarship.

With the onset of the Second World War, Searle then aged 19, enlisted with the Royal Engineers. In 1942 he was serving in Asia and was captured during the fall of Singapore. He was held as a prisoner of war from 1942 to 1945. Under extremely harrowing and brutal conditions Searle continued to draw – his archive of almost 300 drawings is an important first hand record of life in the prison camp – the collection is now held by the Imperial War Museum.

Ronald Searle The Female Approach was published in 1949 and includes numerous illustrations including St. Trinian’s.

Condition Report: Overall condition fair/ good – dust cover with losses throughout, ink stain visible to dust jacket front, cloth cover with some discolouration, pages with handling creases and some with staining one with minor ink mark, some looseness to binding (see images).