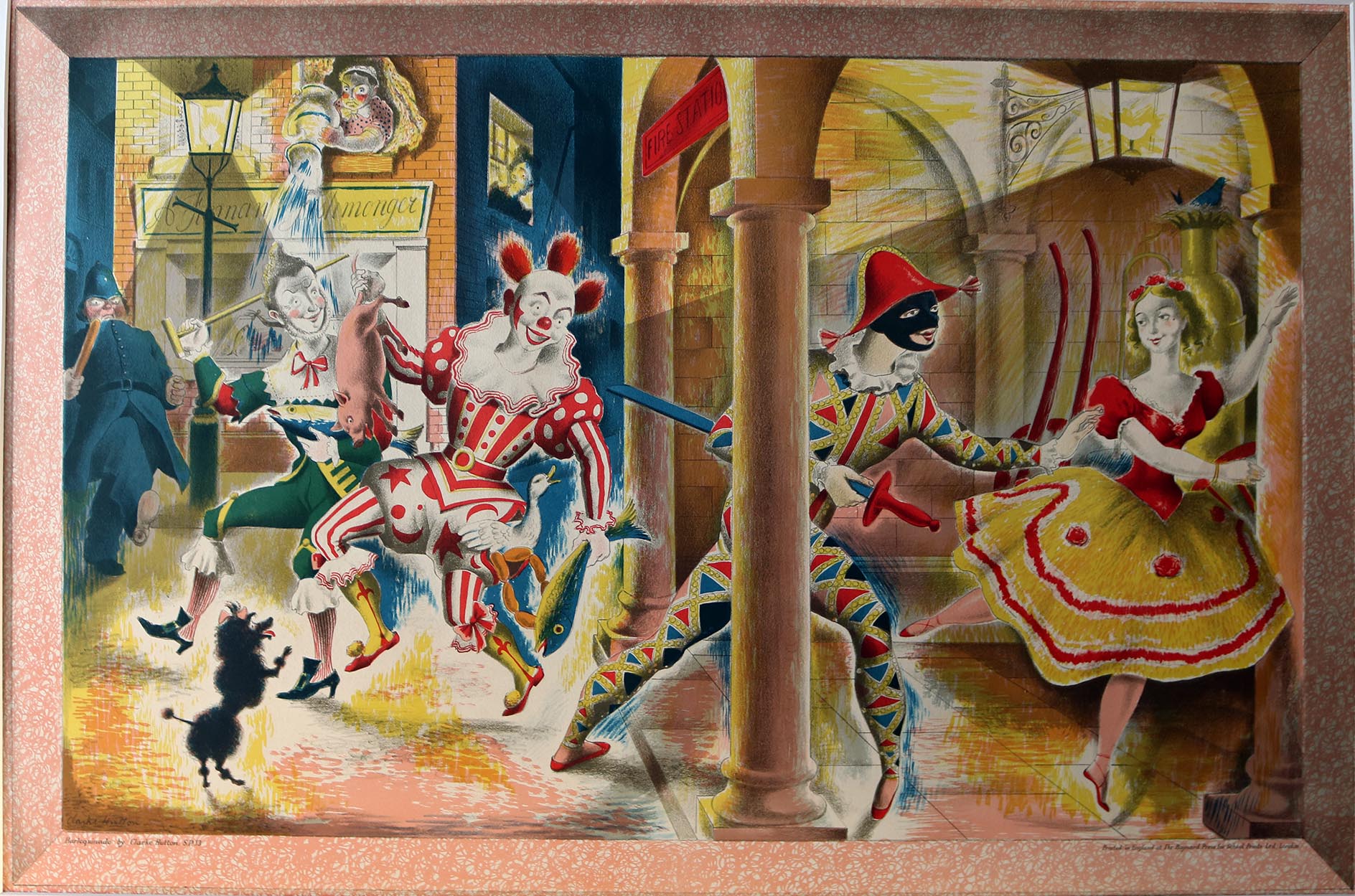 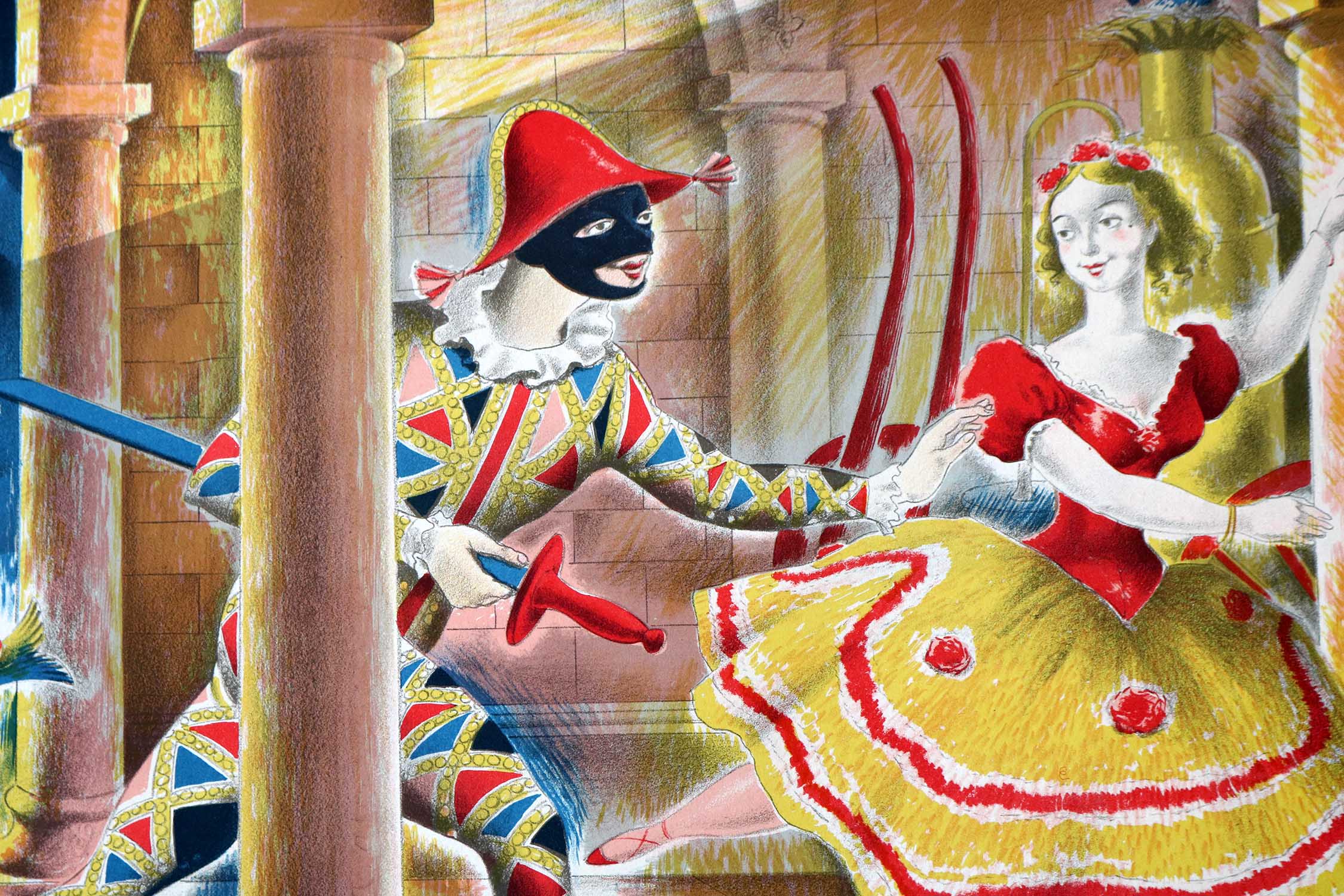 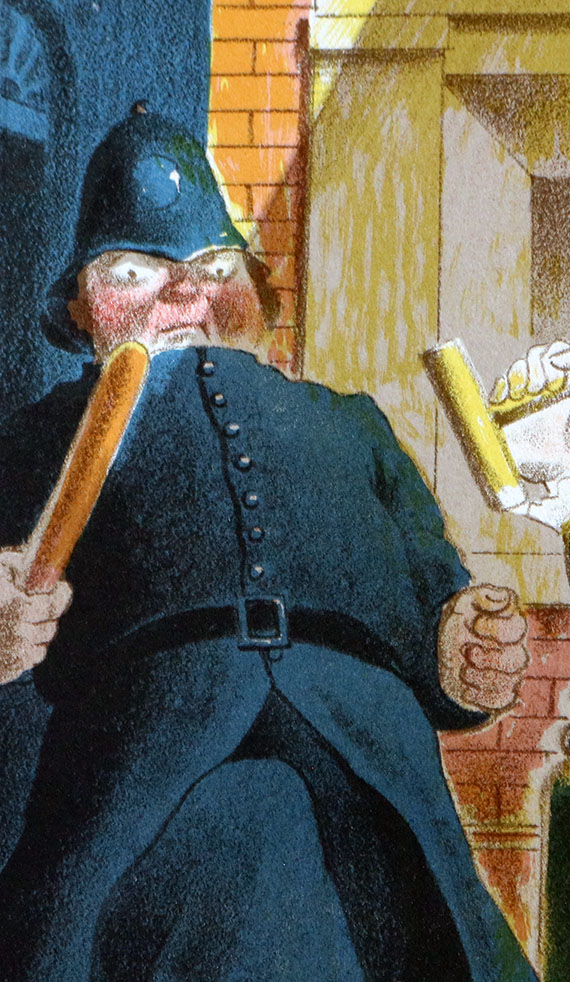 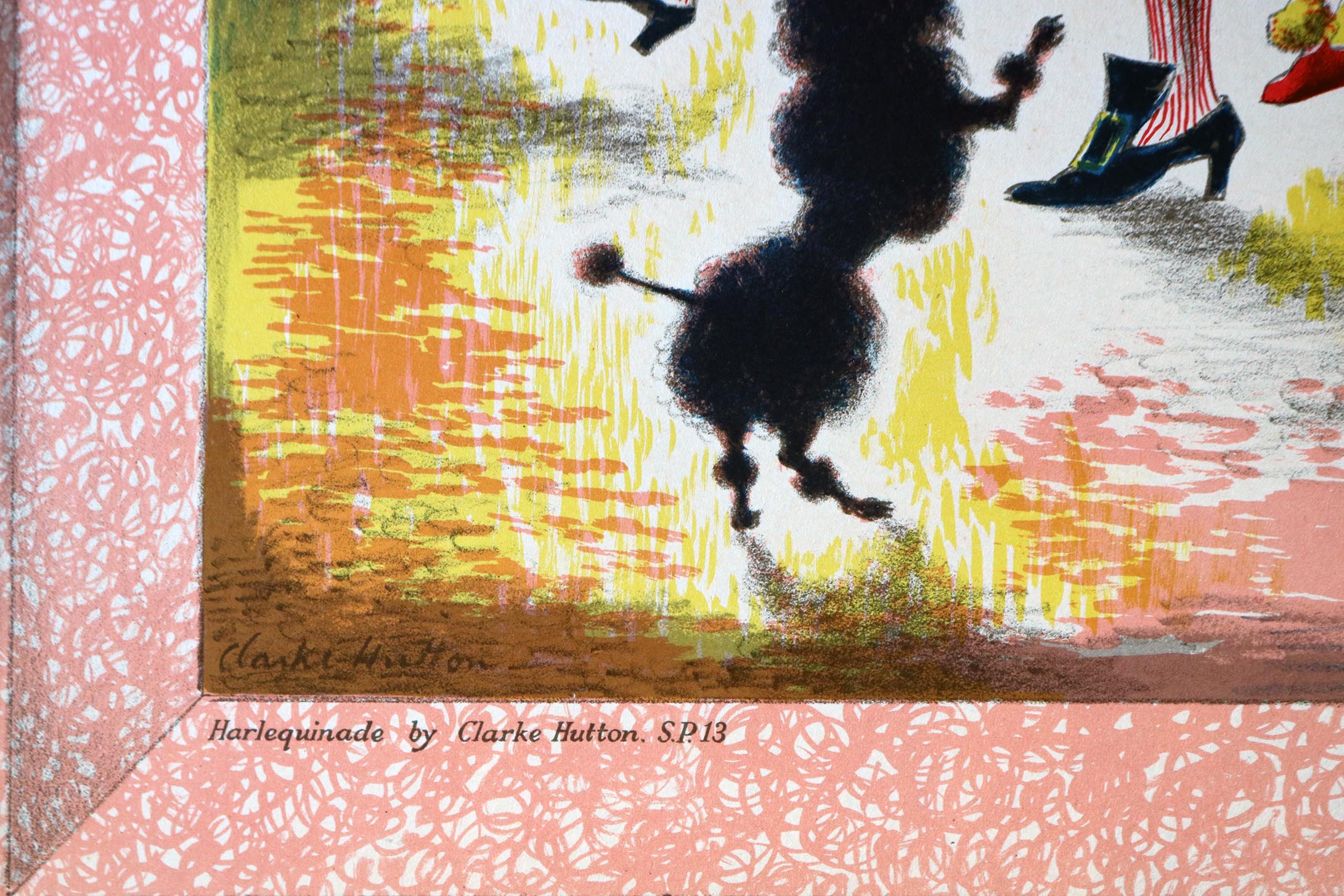 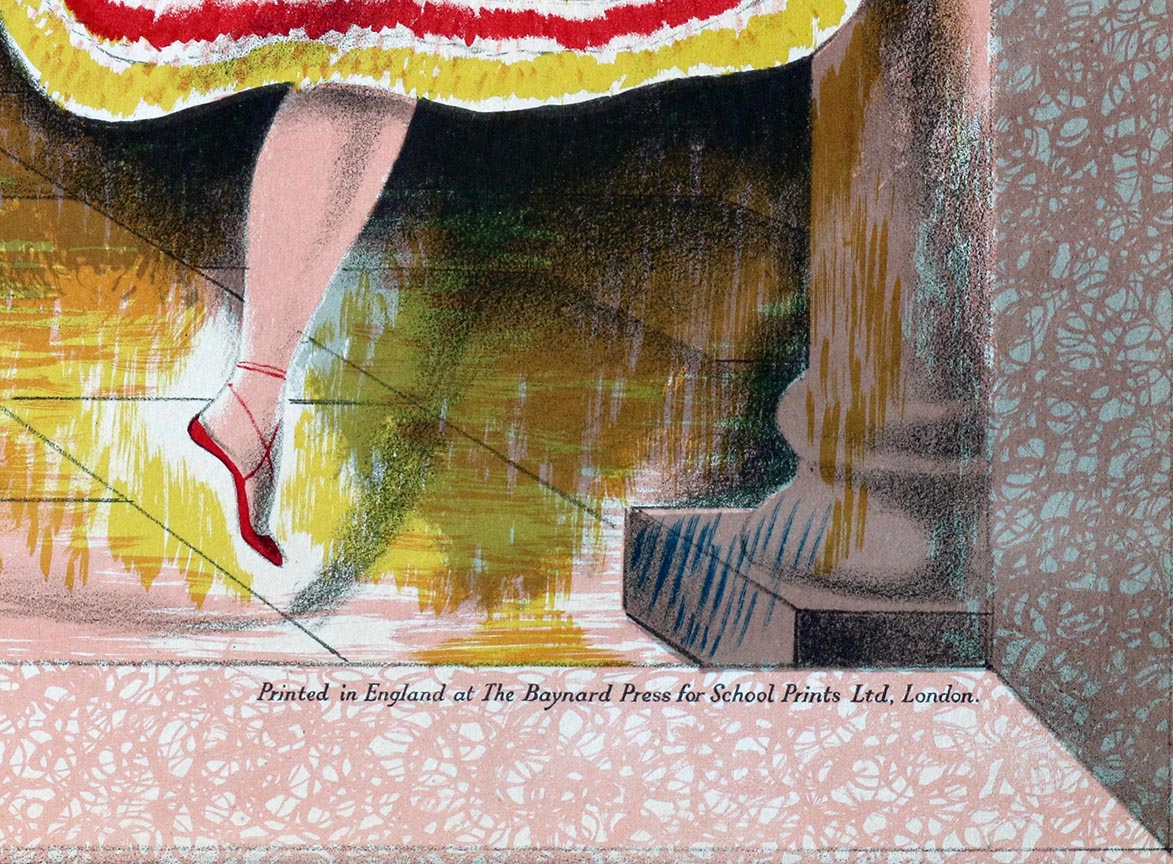 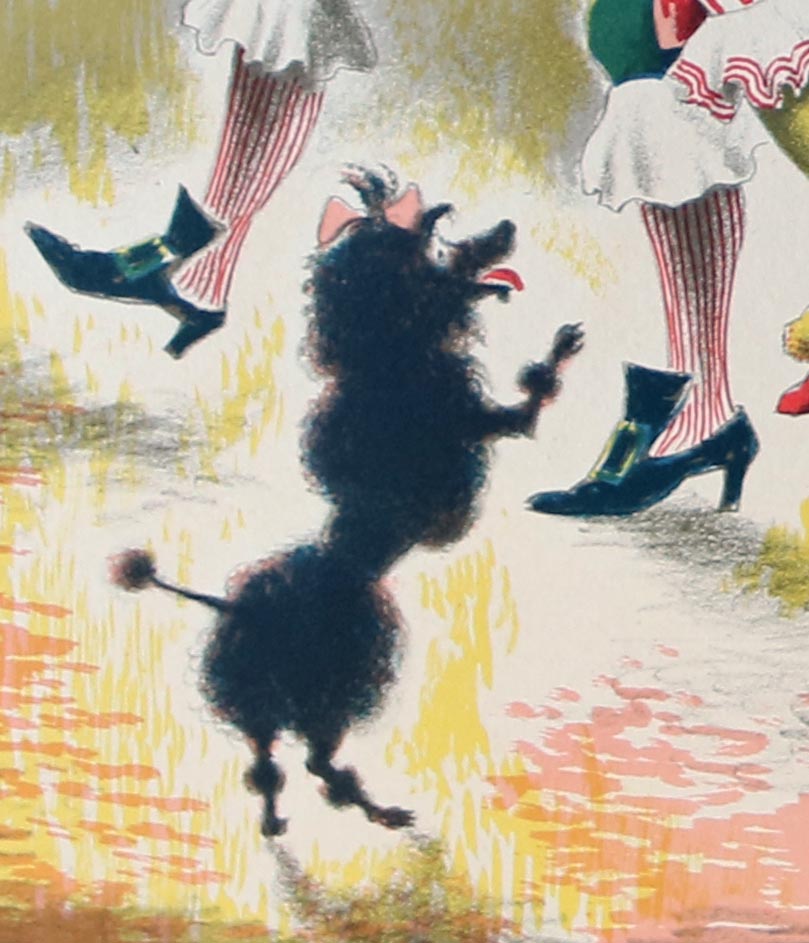 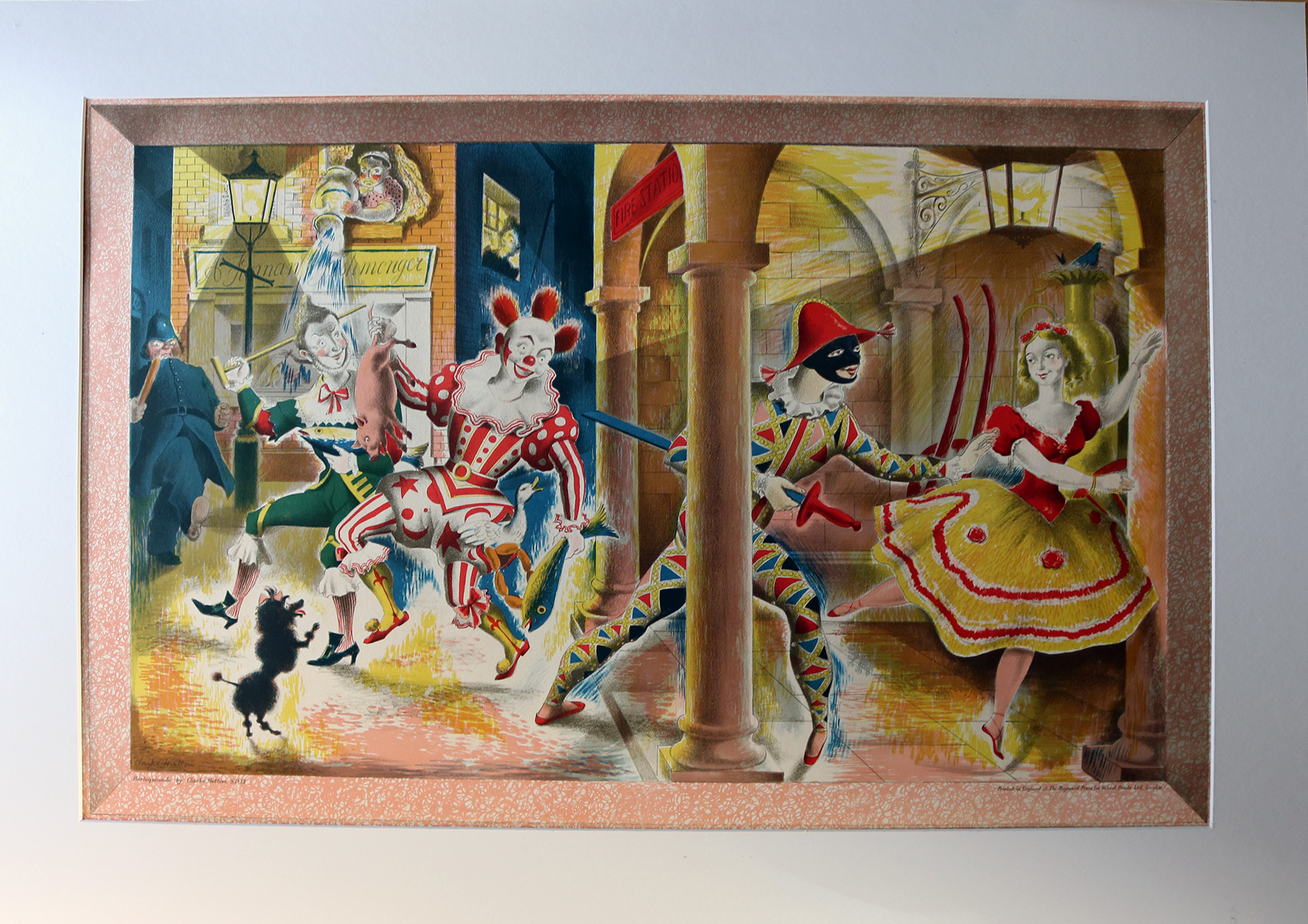 For further examples of work in the series visit the store:

Artist Stanley Clarke Hutton (British, 1898 – 1984) was initially a stage designer, but decided to become an artist after a trip to Italy during the 1920s. Clarke Hutton (as he was known as an artist) specialised in auto-lithography (where the artist draws on the plate directly), and eventually taught the subject at Central School of Arts and Crafts, London. Often working in children’s book illustration, Hutton was hugely important for Penguin Books in the development of the Puffin imprint. He worked with a range of other publishers including the Oxford University Press, The Folio Society and Chatto & Windus.

In 1943 Clarke Hutton illustrated a book entitled “Harlequinade”, the artwork for which is very similar to this print. The “Harlequinade” was an early form of pantomime adapted from Comemedia dell’arte. The principle characters here include the beautiful Columbine, her love Harelquin, a clown, pantaloon and a policeman, as was typical.

An example of this print can be found in the Victoria & Albert Museum collection, the Tate archive and the Warwick University collection.

For more information on this print see the V&A collection https://collections.vam.ac.uk/item/O141017/harlequinade-print-hutton-clarke/

Shipping: Price includes free shipping within M25 and South East England. If you are based outside of this area please email us directly for a cost price shipping quote.