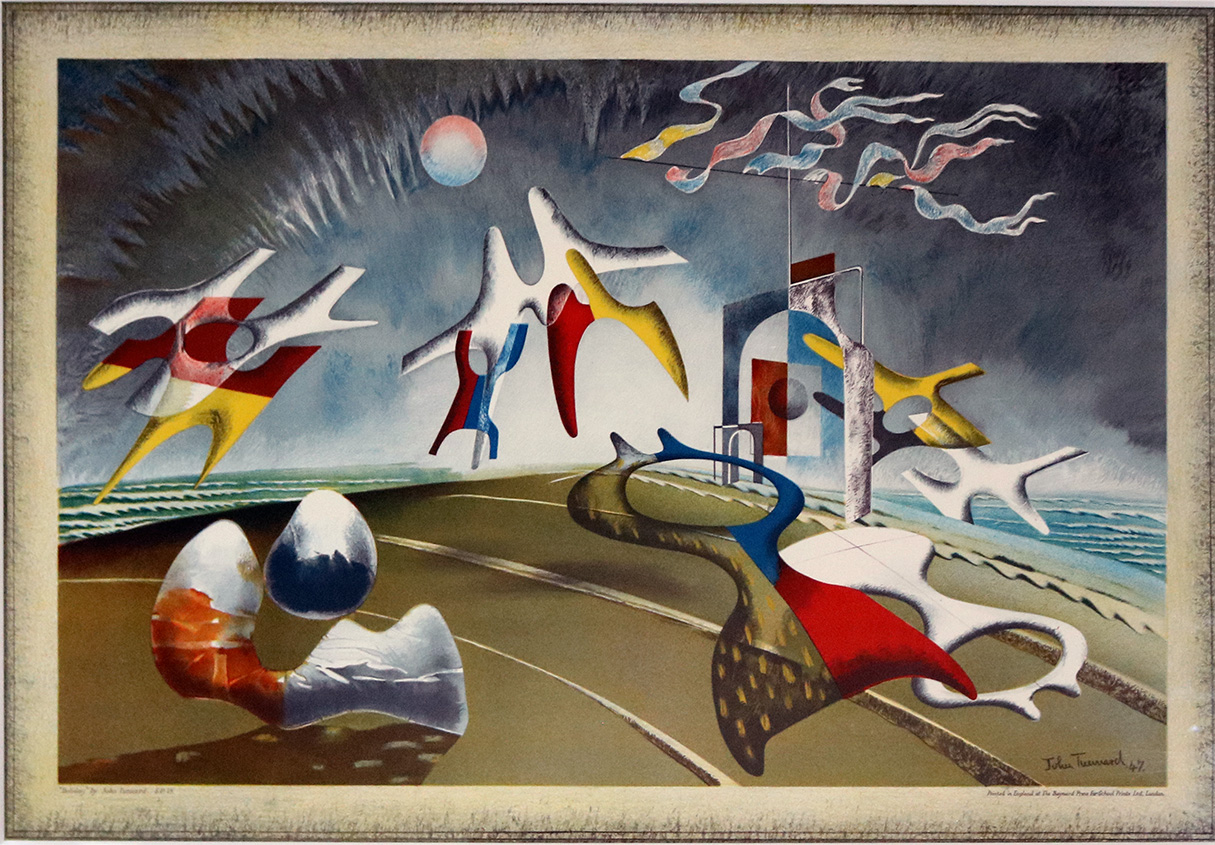 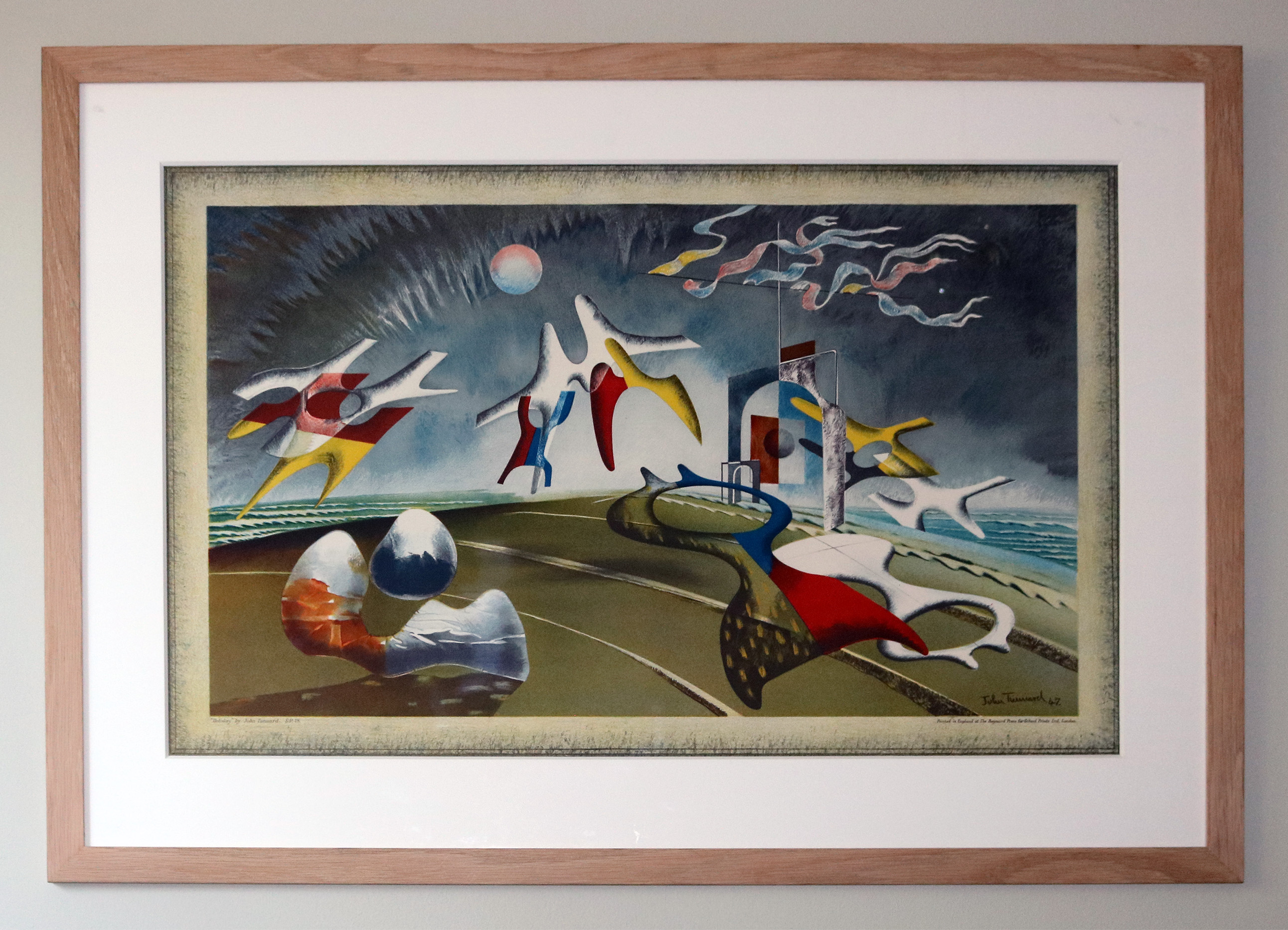 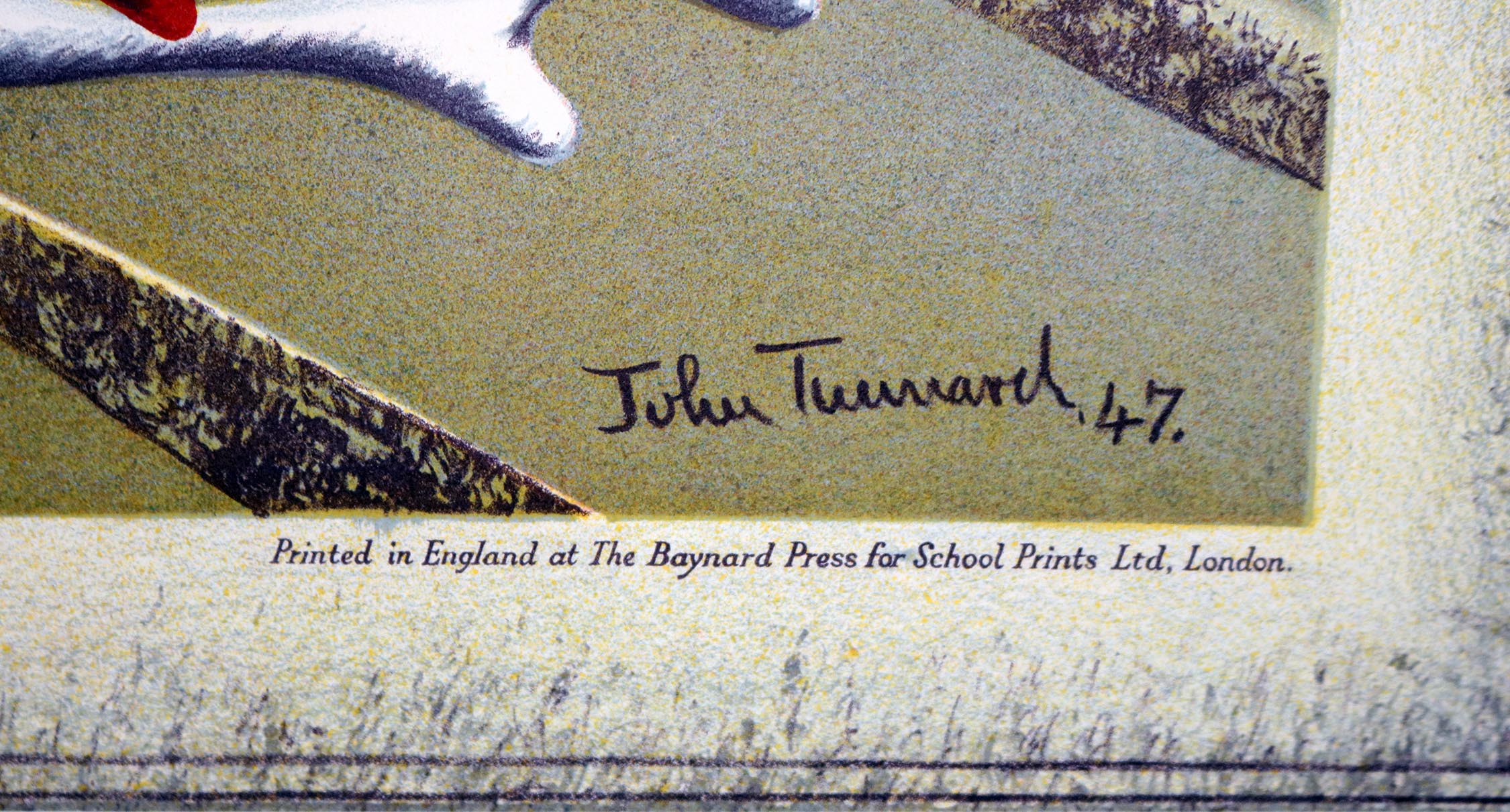 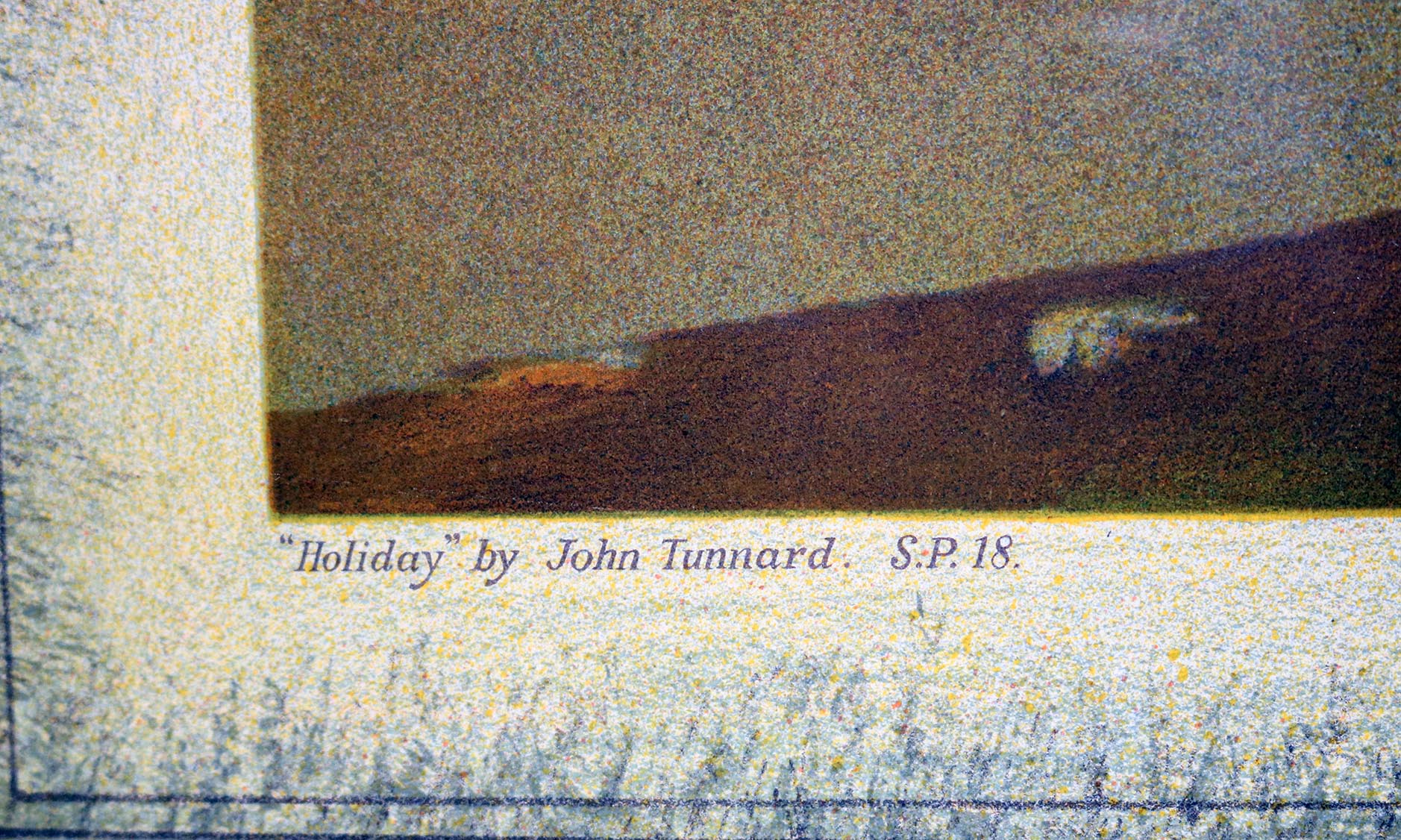 British modernist designer and painter John Samuel Tunnard (1900 – 1971) studied design at the Royal College of Art from 1919-1923 and his career began initially in textiles design.

By the late 1920s Tunnard had chosen to concentrate on a career as a painter, whilst supplementing his income teaching part-time at Central School of Arts and Crafts, London.

Tunnard and his wife moved to Cornwall, during the early 1930s and established a silk printing business. By the mid-1930s, influenced by the work of Joan Miro and Paul Klee, Tunnard began creating more abstract paintings.

Tunnard resided in Cornwall for most of his life and had worked as an auxiliary coastguard during the Second World War. The influence of the Cornish coast can be seen in much of his work, including ‘Holiday’.

‘Holiday’ was the only fine art print produced by John Tunnard. Rather than adding the work directly to a lithographic printing plate, he produced a gouache painting then added to stone by the Baynard Press (the original painting was sold at Christies, London in 1985, and more recently by the Portland Gallery). ‘Holiday’ is considered one of the most successful in the School Prints series.

John Tunnard was commissioned to produce a mural for the Festival of Britain in 1951. His work was exhibited widely during his lifetime including at the Royal Academy of Art, the Redfern Gallery and Guggeneheim Jeune. In more recent years Pallant House Gallery, Chichester held a dedicated retrospective to his work in 2010.

An example of this print can be found in; the Victoria & Albert Museum collection, the Tate archive, the Ingram Collection and Warwick University library.

For a more detailed history and examination of the artist see: http://www.artcornwall.org/profiles/John_Tunnard.htm

Shipping: Price includes free insured shipping within the M25 and South East England. If you are based outside of this location please email us directly for a cost price shipping quote.

SCHOOL PRINTS: Russell Sidney Reeve (1895 – 1970) for School Prints Ltd. “The Elephant Act” (aka The Circus), 1947
WAR POSTERS: Original Second World War era Ministry of Pensions poster, “Women of the Forces, Officer and “Other Ranks” may apply for War Service Grants
This website uses cookies to ensure you get the best experience on our website. Find out more