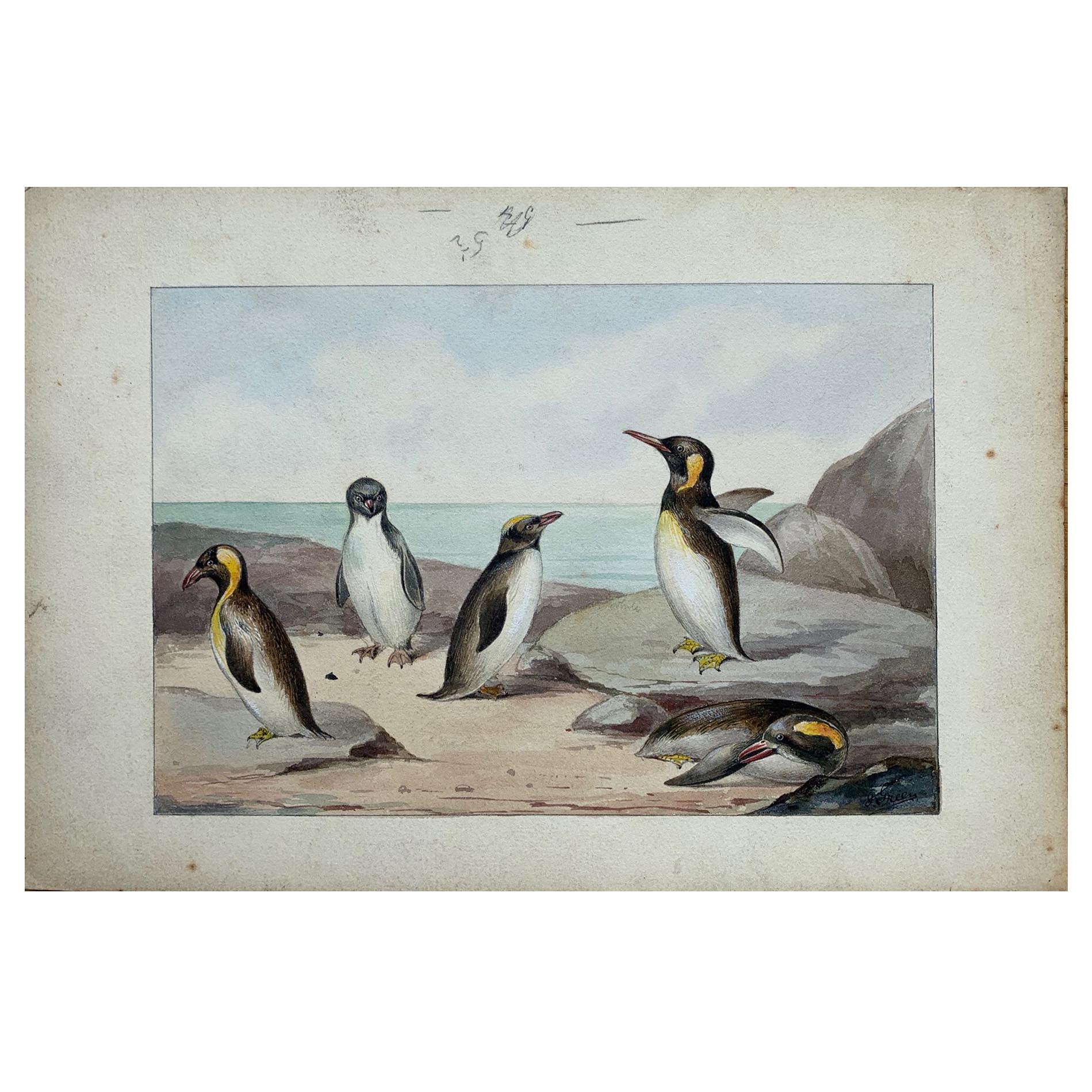 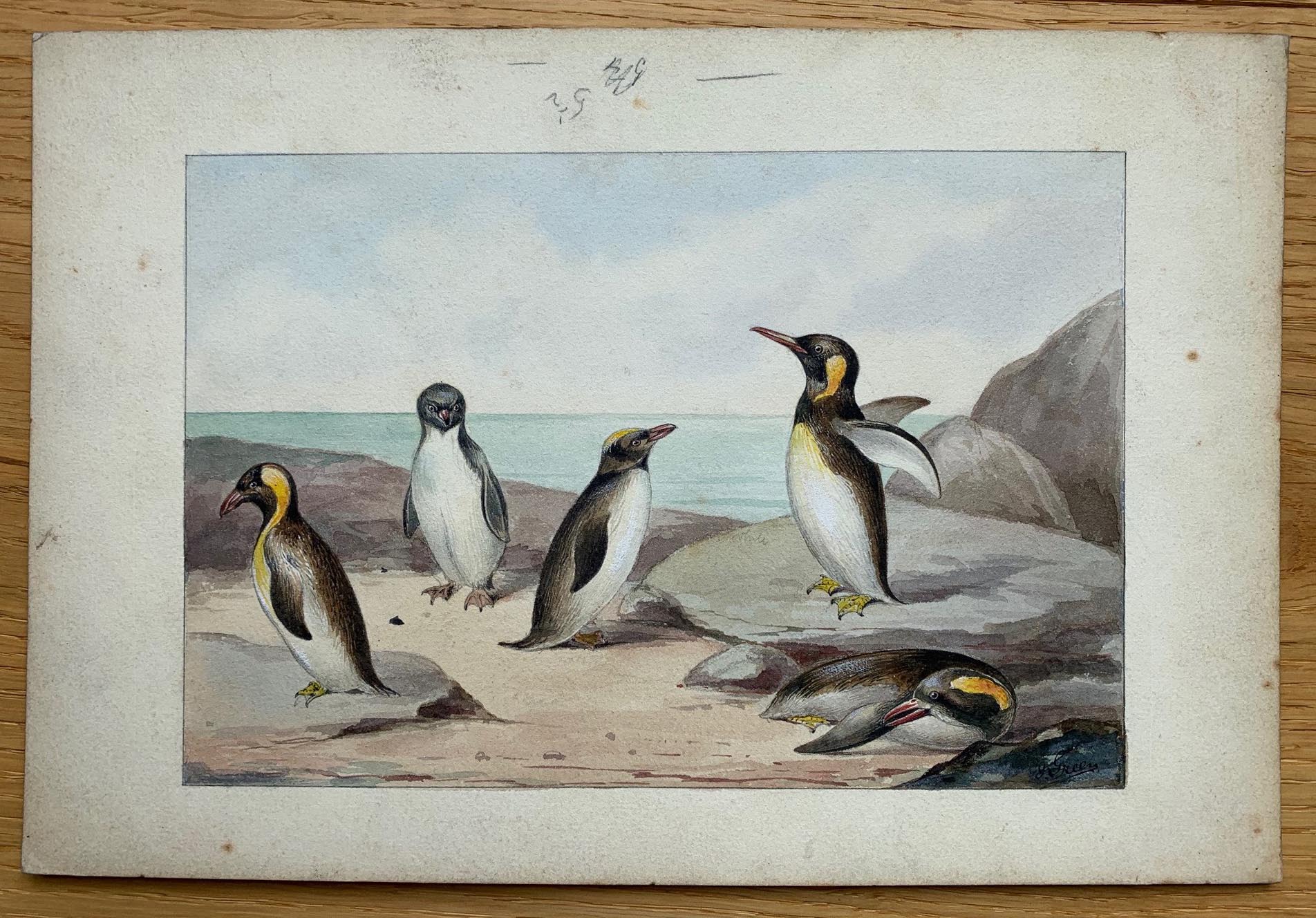 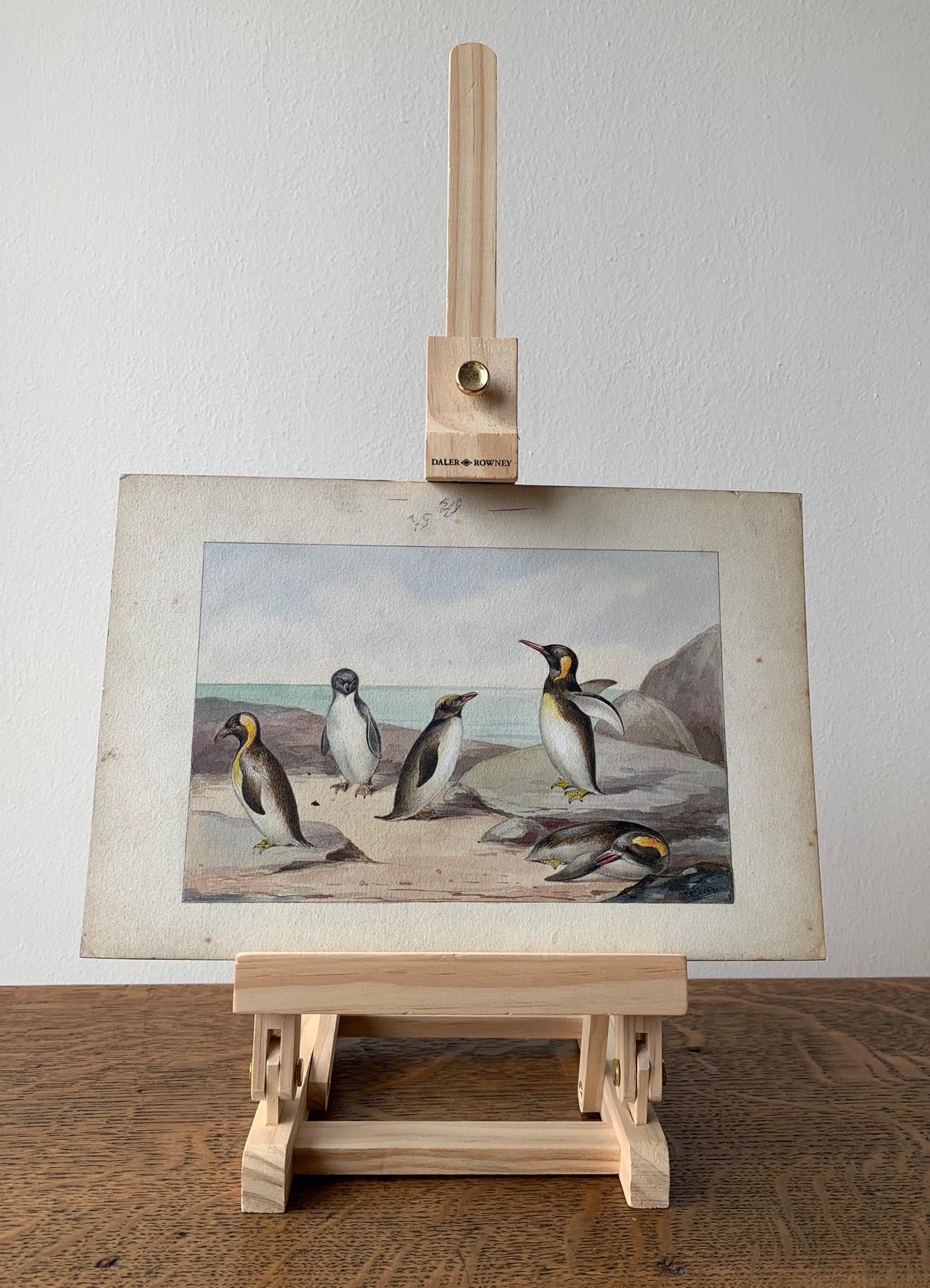 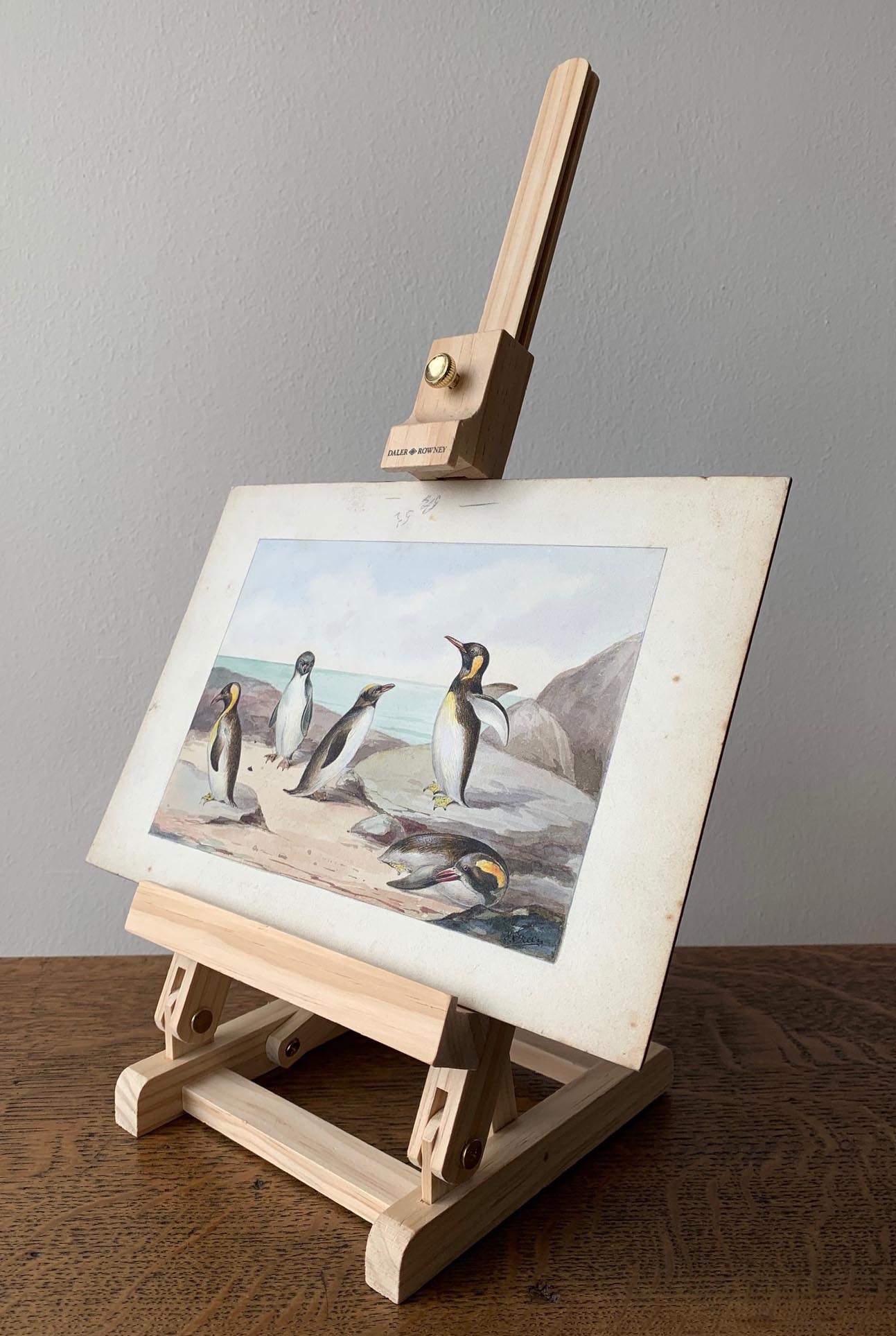 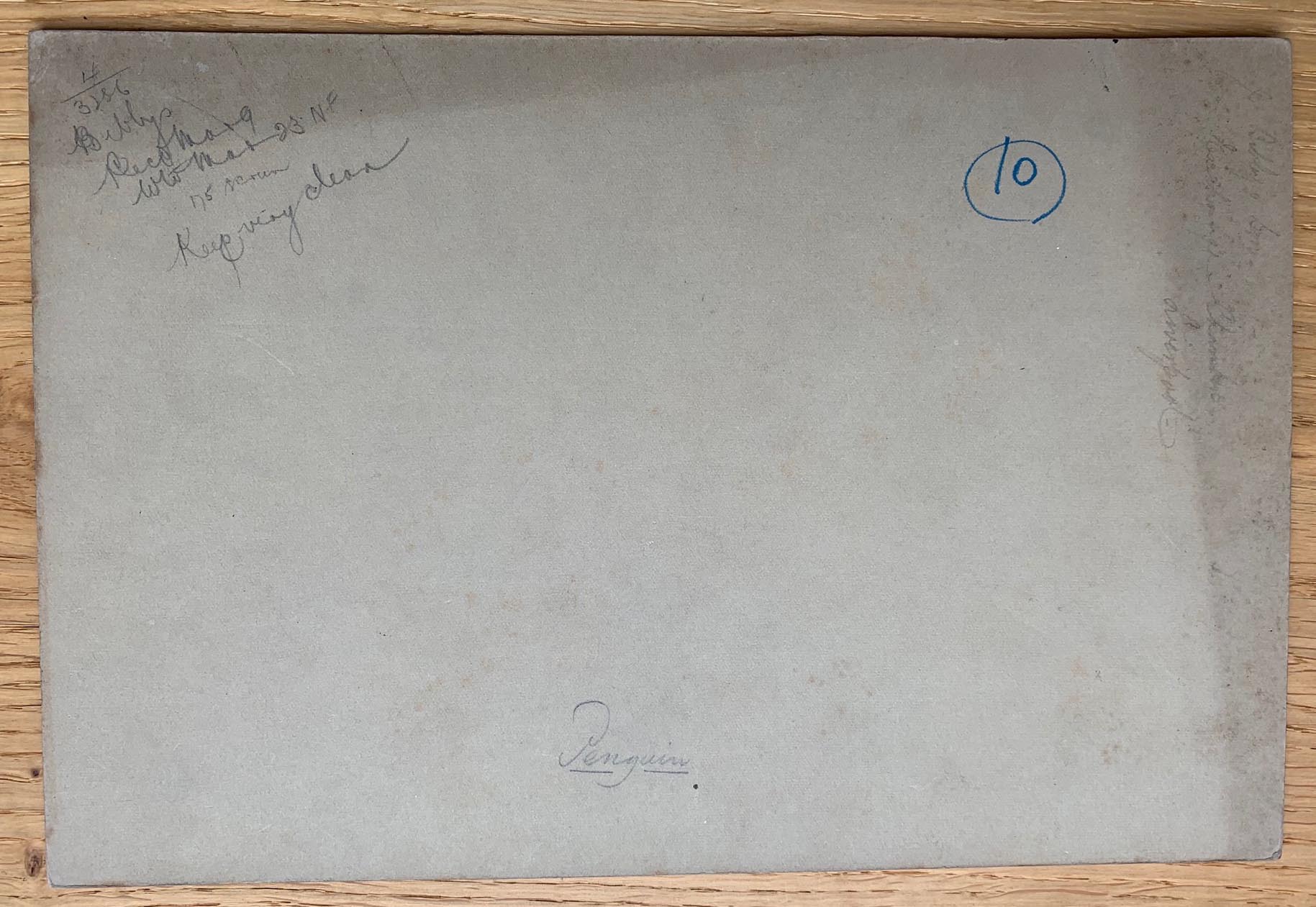 Signed to lower right corner “J. Green”, circa 1920s. The painting has various inscriptions to reverse including: “Penguin” and “Bibby”.

This illustration of penguins is part of a number of works by the same artist included in our store.

Several of the illustrations included in this collection include a label to the reverse relating to Ellison Hawks. Ellison Hawks (1889-1971) was a writer and publisher, known for his science and engineering publications for children as well as books on transport and motoring.

Condition Report: Overall good condition in accordance with age and use, surface dirt, staining and foxing to the margin, rounding to the corners, displays well (see images).

VINTAGE ILLUSTRATION ART/ NATURAL HISTORY: An original illustration of Flamingo, c. 1910s – 1920s, possibly produced for an edition of Bibby’s Annual
This website uses cookies to ensure you get the best experience on our website. Find out more