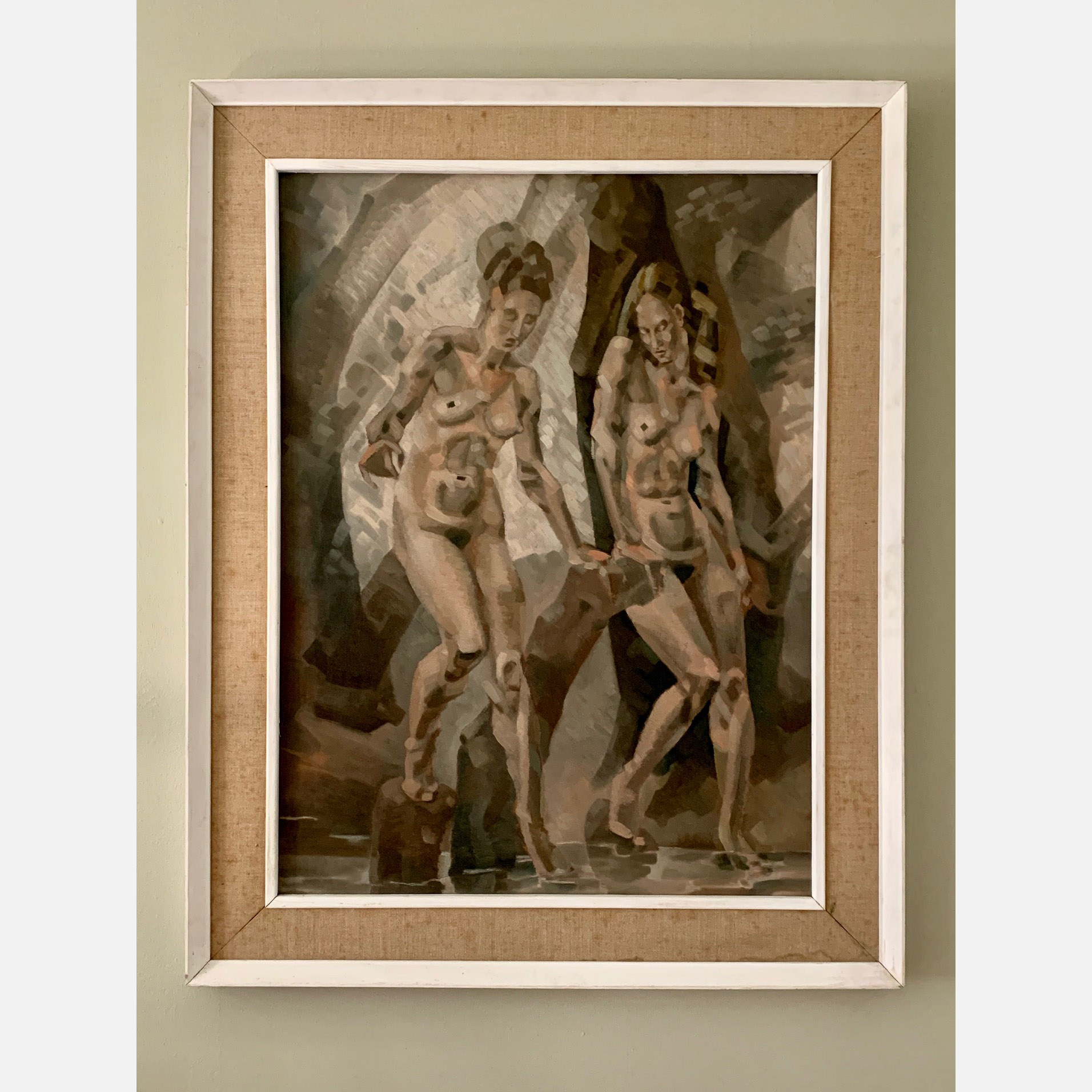 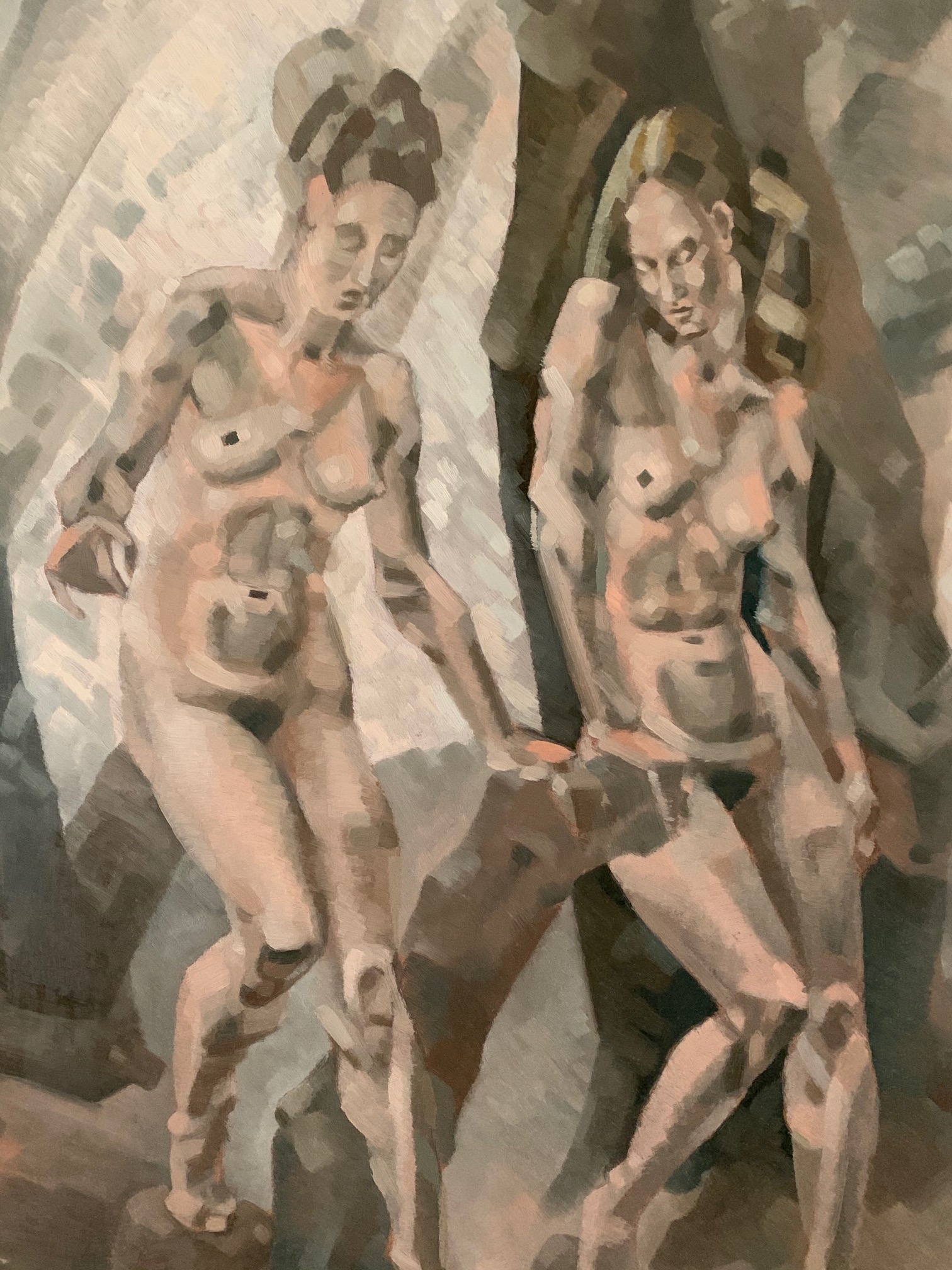 Francis Plummer (1930-2019) was a British painter known particularly for his figural works. He studied at the Royal Academy Schools during the late 1940s – early 1950s. Plummer taught at various institutions in London and Southern England. Solo exhibitions of his work were held in the North East, London and East Anglia during the 1970s.

During his career Plummer often worked in the medium of egg tempura (although this work is in oil). To watch a film of Francis Plummer at work during the 1950s see the British Pathe Film Archive. https://www.britishpathe.com/video/an-artist-in-eggs

For further mid century paintings included in our store see: Eden Box (1909-1988): An original painting “The Spaniel”, gouache and pencil on paper mounted on artists board