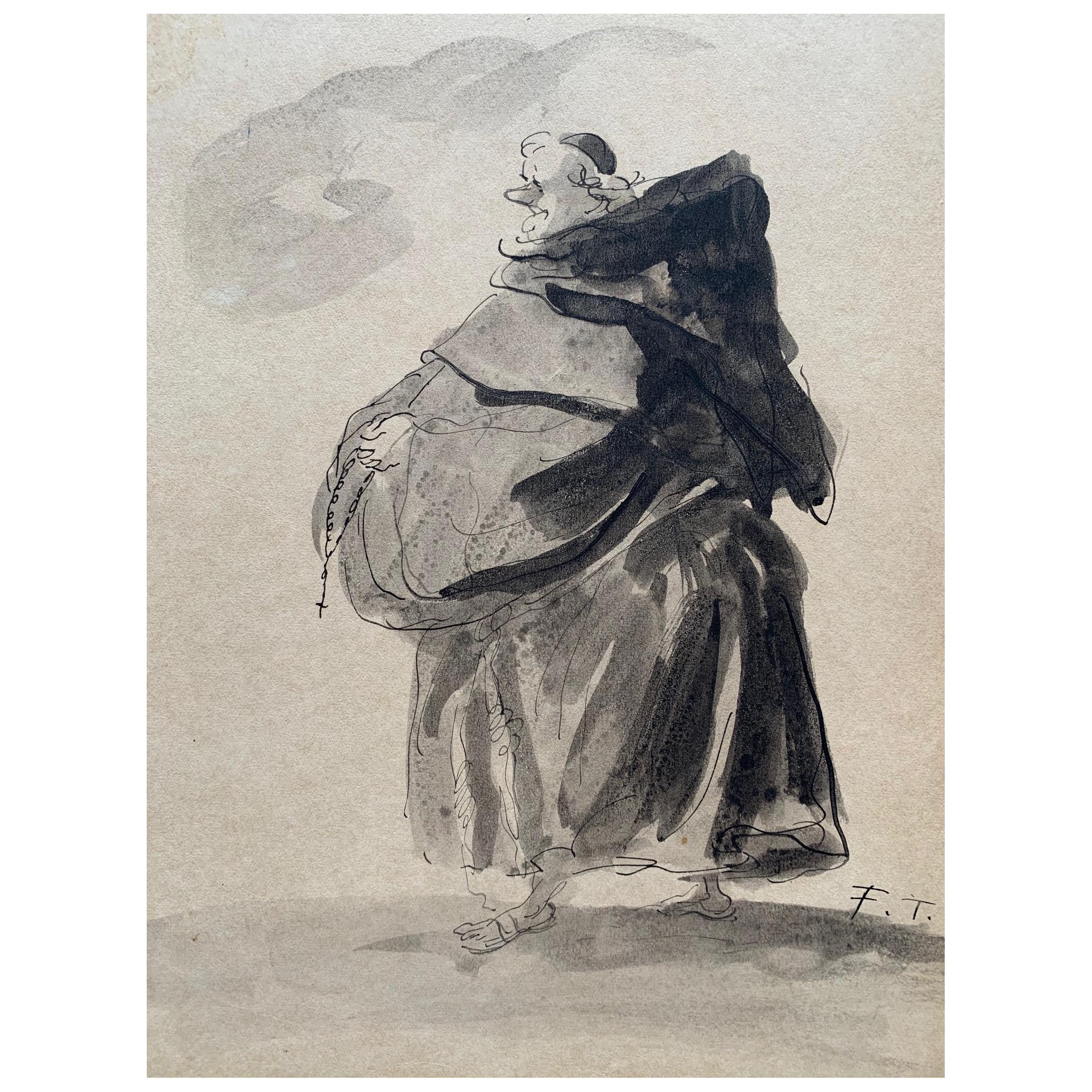 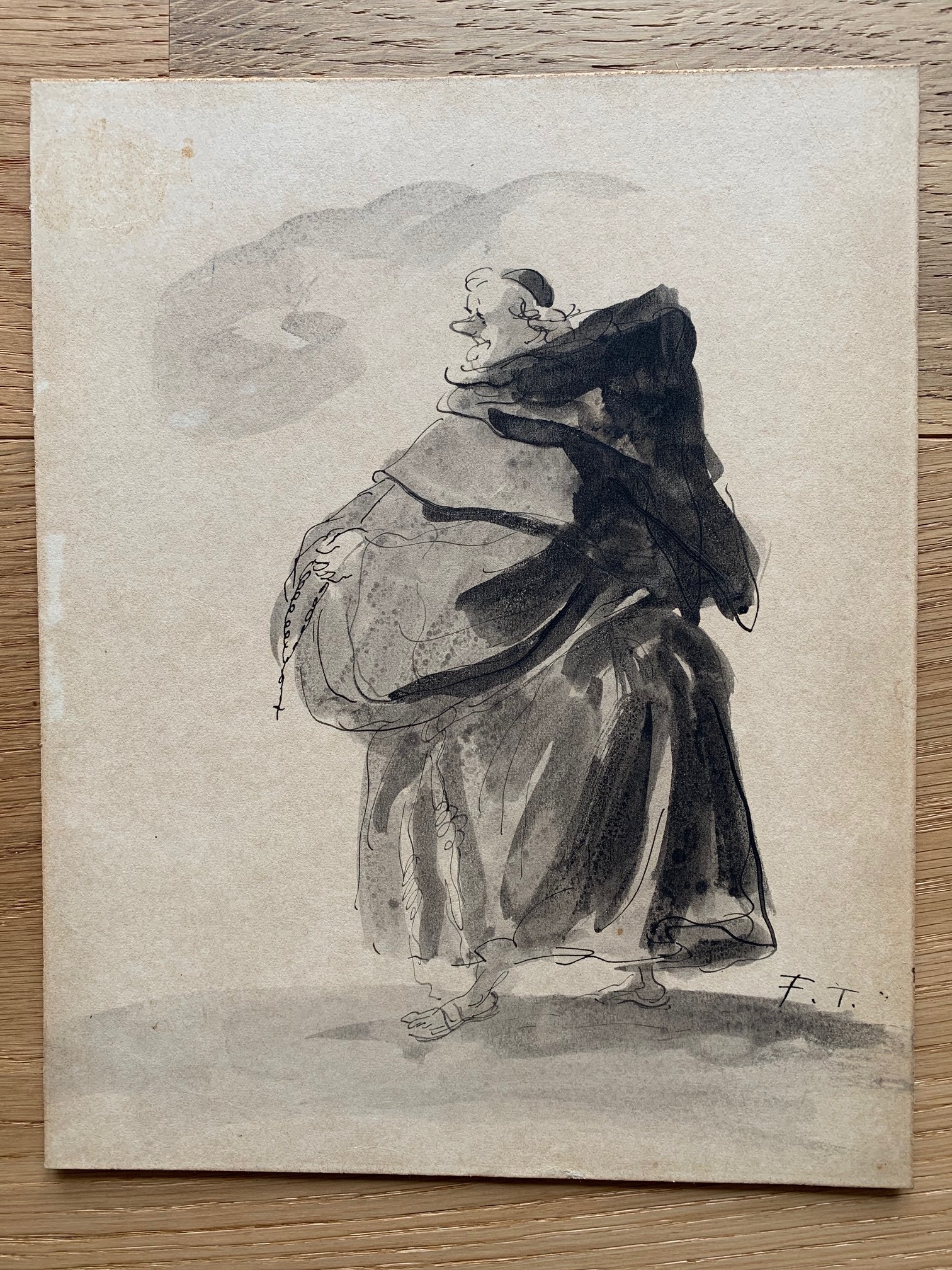 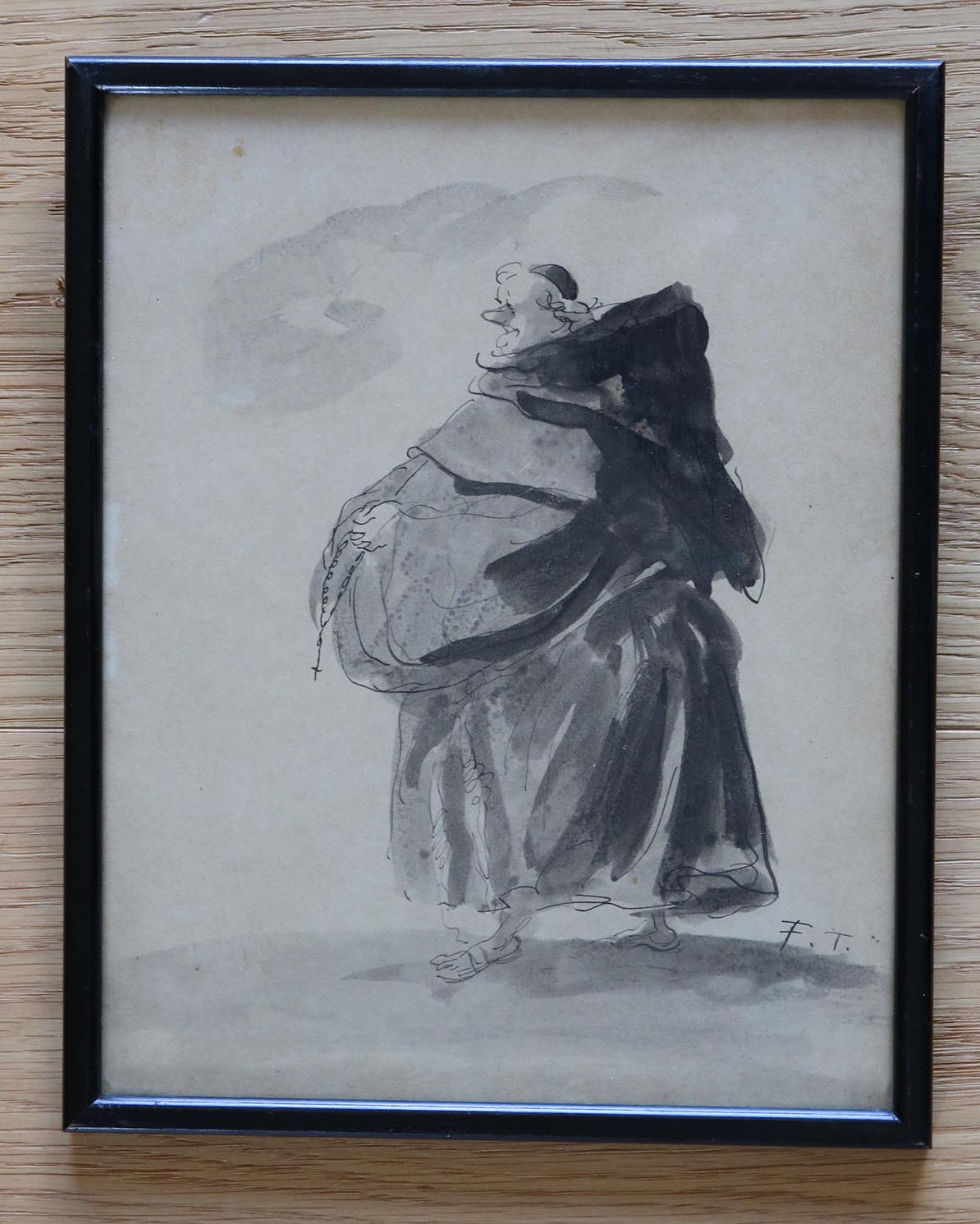 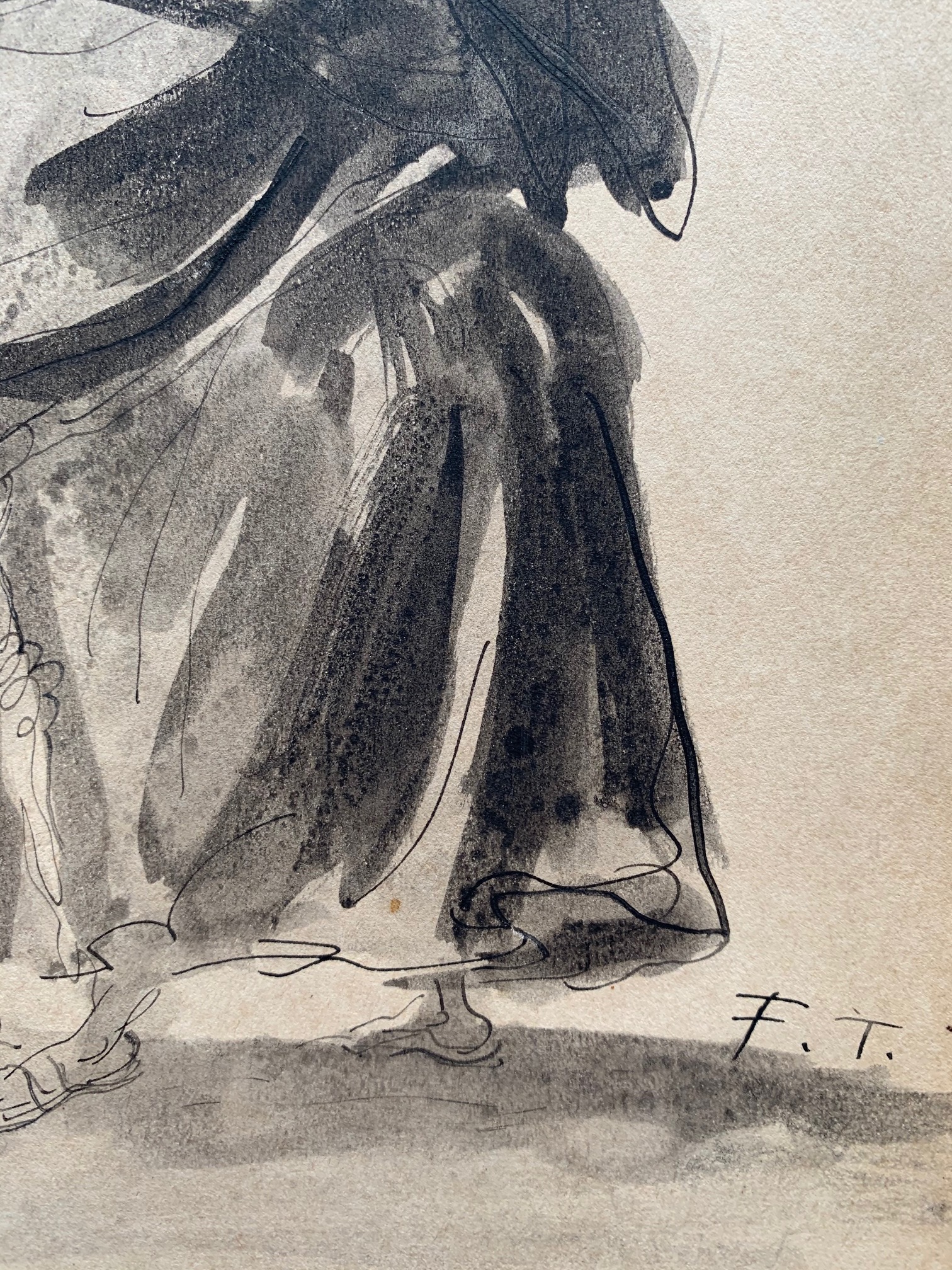 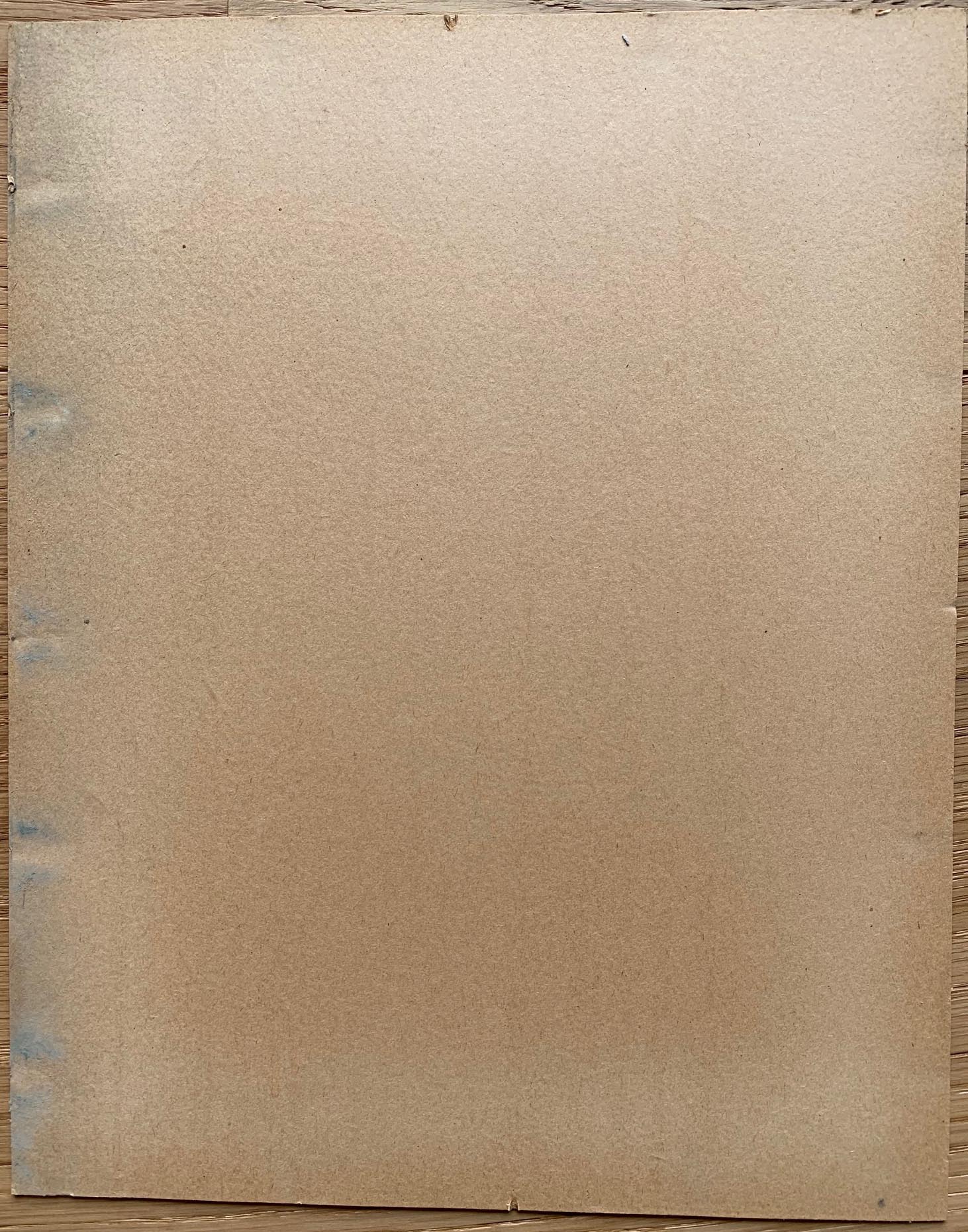 Feliks Topolski (1907-1989): An original ink and wash drawing of a monk, attributed to Feliks Topolski. The design is on artists board, created circa 1930s/ 1940s. The drawing is initialled to lower right corner “F.T”.  Framed and glazed within vintage printed frame bears Christies Auctioneers stock labels verso.

The latter part of his career brought more travel where he documented important global political events in particular. Topolski was a prolific illustrator, he produced designs for numerous books, set and costume designs.

An almost identical Feliks Topolski drawing of a monk can be found in the collection of the Museum of Diplomacy and Polish Refugees in Poland.

To see further works by Feliks Topolski included in our store visit: