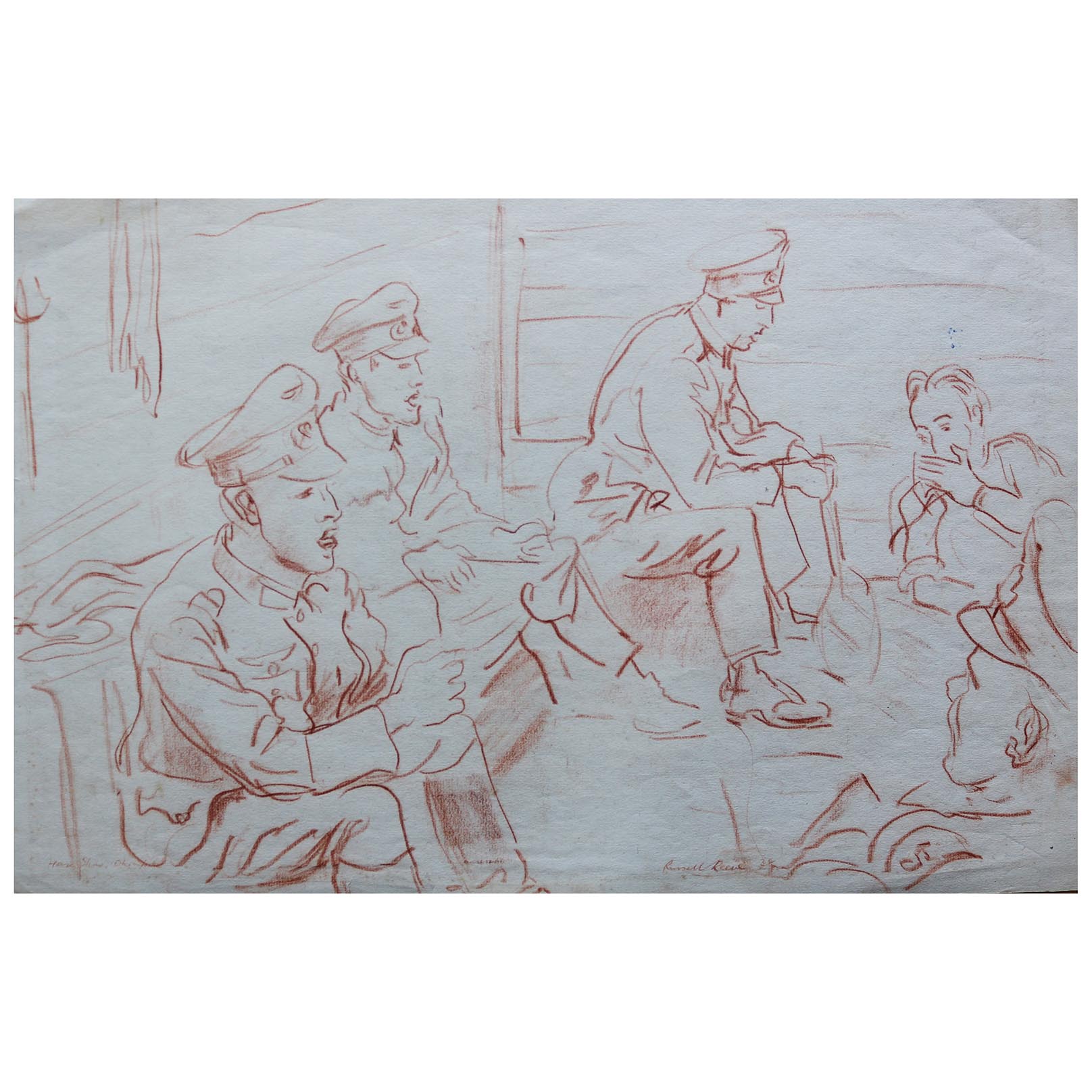 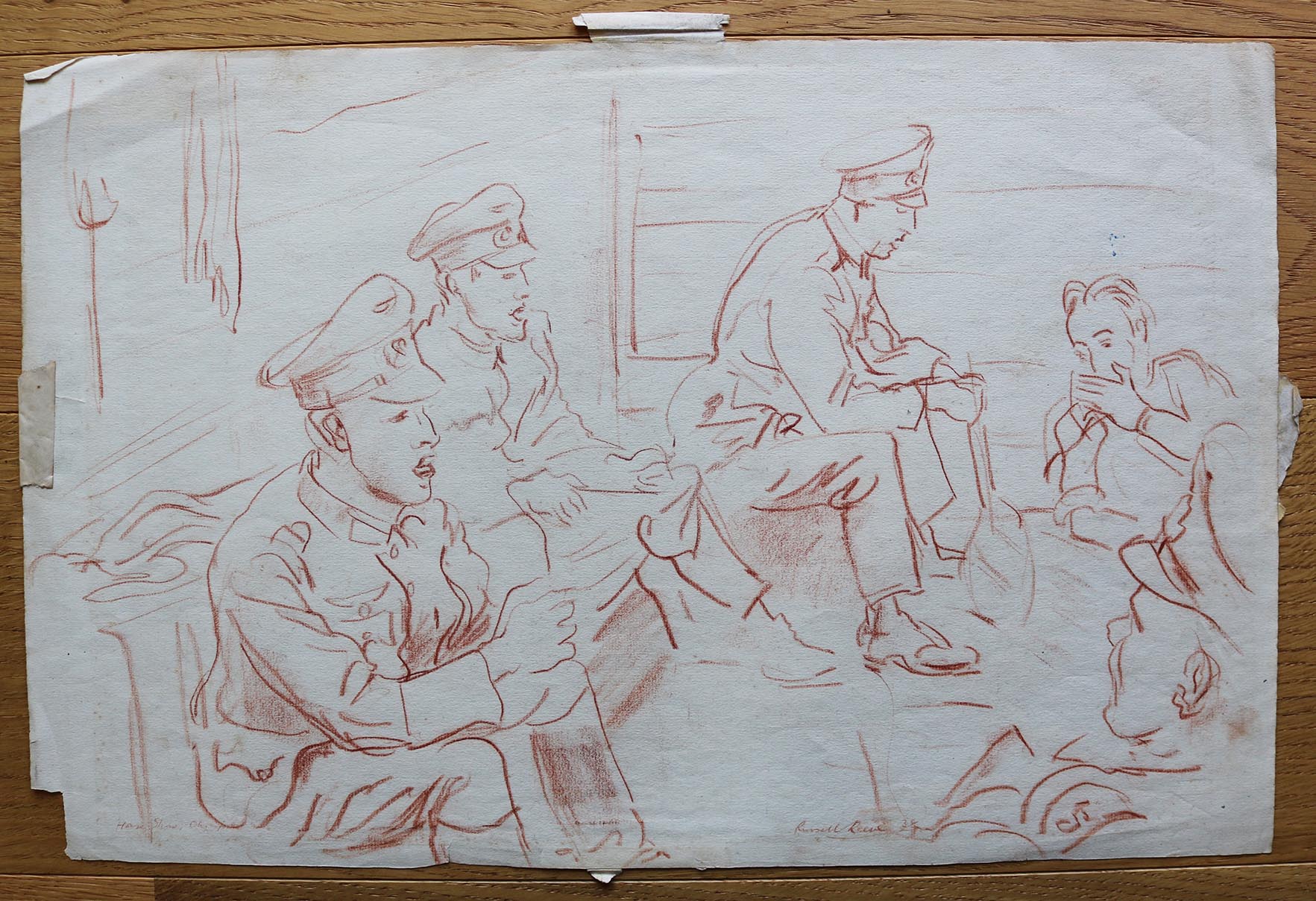 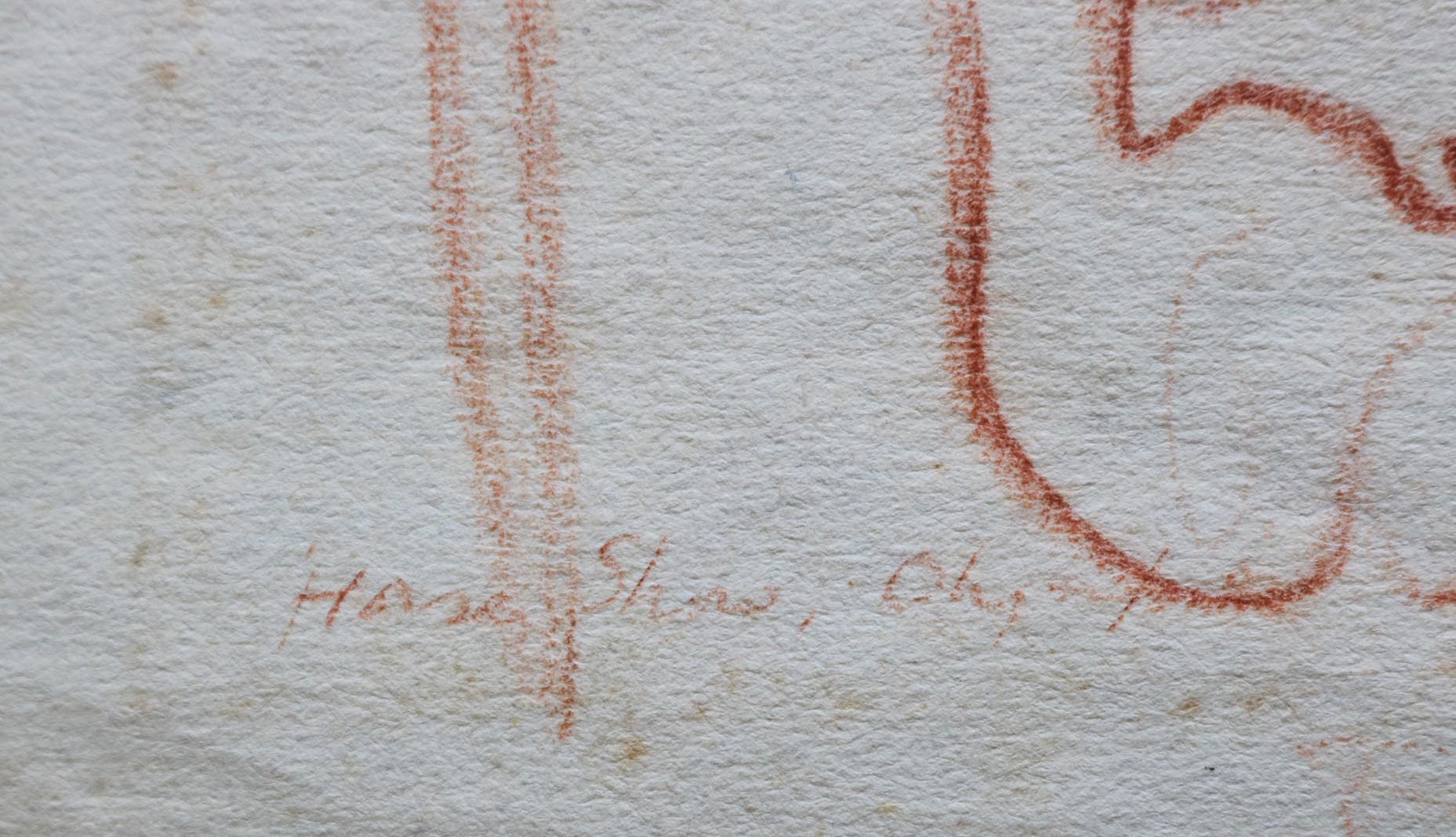 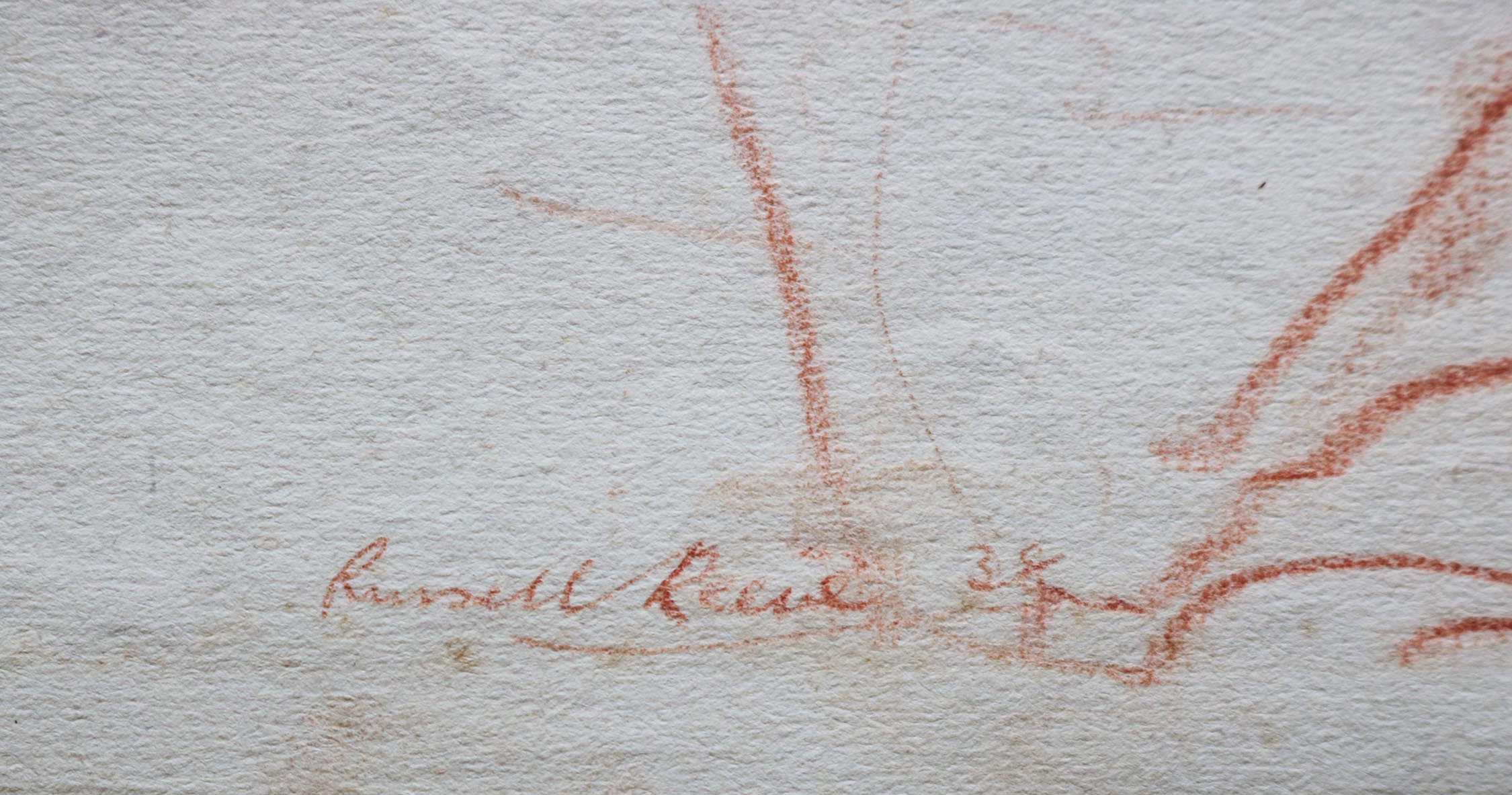 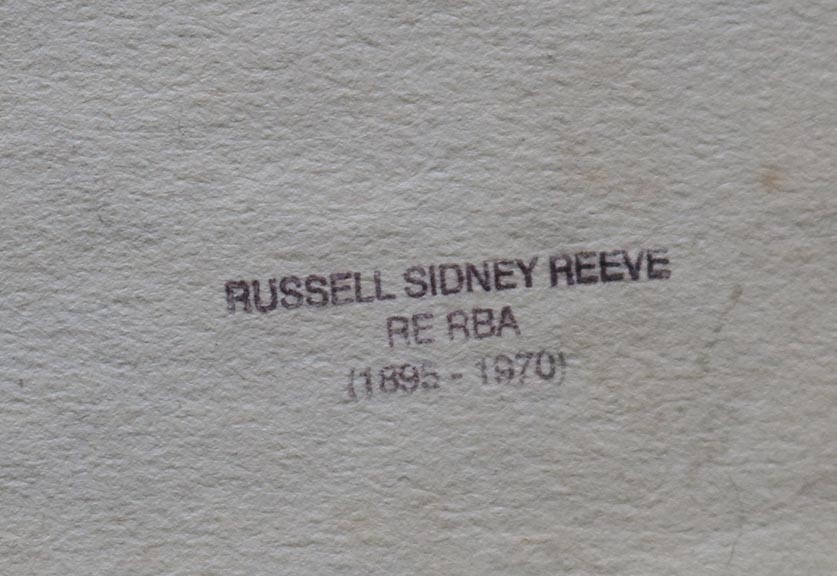 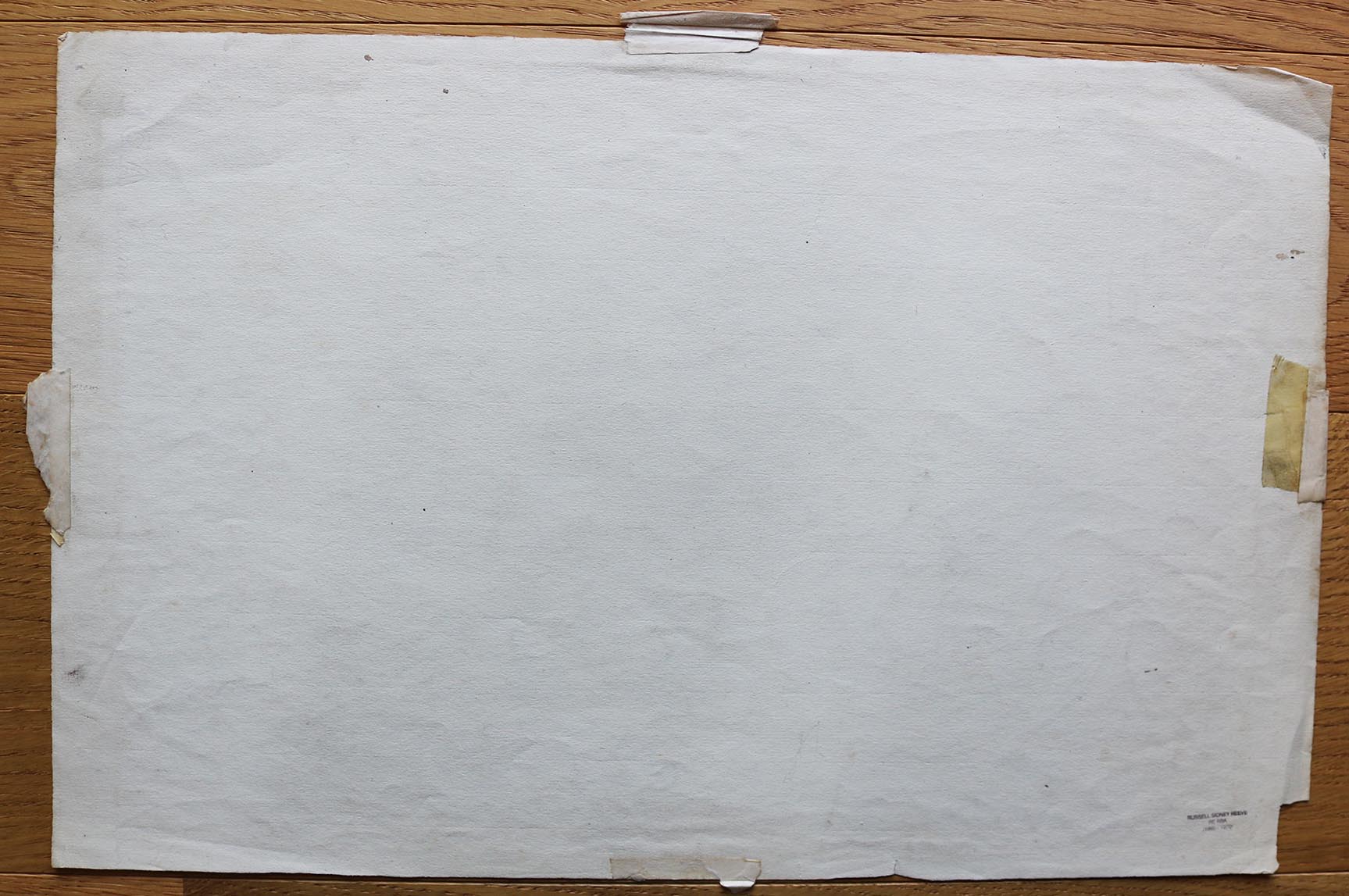 The Great Horse Show, was first held at London’s Olympia in 1888. The Olympia Horse Show, as it is in its present form (rather than an agricultural show) commenced in 1907. The Horse Show was initially aimed at military personnel. Economic difficulties between the wars lead to the last Horse Show taking place in 1939. The event was reintroduced in 1947 and continues to this day.

Russell Sidney Reeve (1895-1970) was a British artist who trained at the Slade School or Art. He was known particularly his drawings of animals.

During the First World War Reeve served as a Lieutenant with the Royal Engineers, where his skill as a draughtsman was noted by William Rothenstein (later the principle of the Royal College of Art). Post War, Rothenstein along with the artist Eric Kennington, where he studied from 1919 – 1922 (under Henry Tonk and Wilson Seer). He later also studied at the Royal College of Art. Russell Reeve’s work can be found in the collections of the Tate Gallery, Victoria & Albert Museum and the Imperial War Museum.

Russell Reeve was also one of the contributors to the important School Prints series, with his work “The Elephant Act”. A copy of this School Print is available to buy in our store (as well as further drawings by Russell Sidney Reeve):

To read more about the artist see: