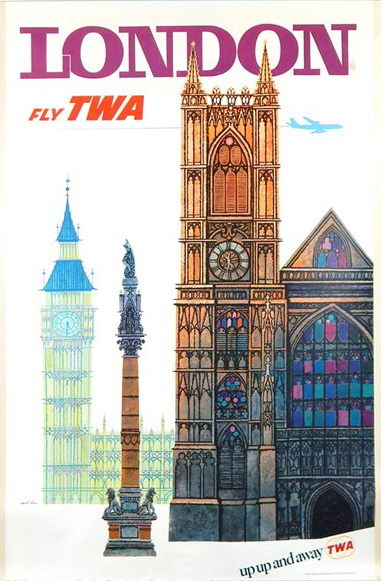 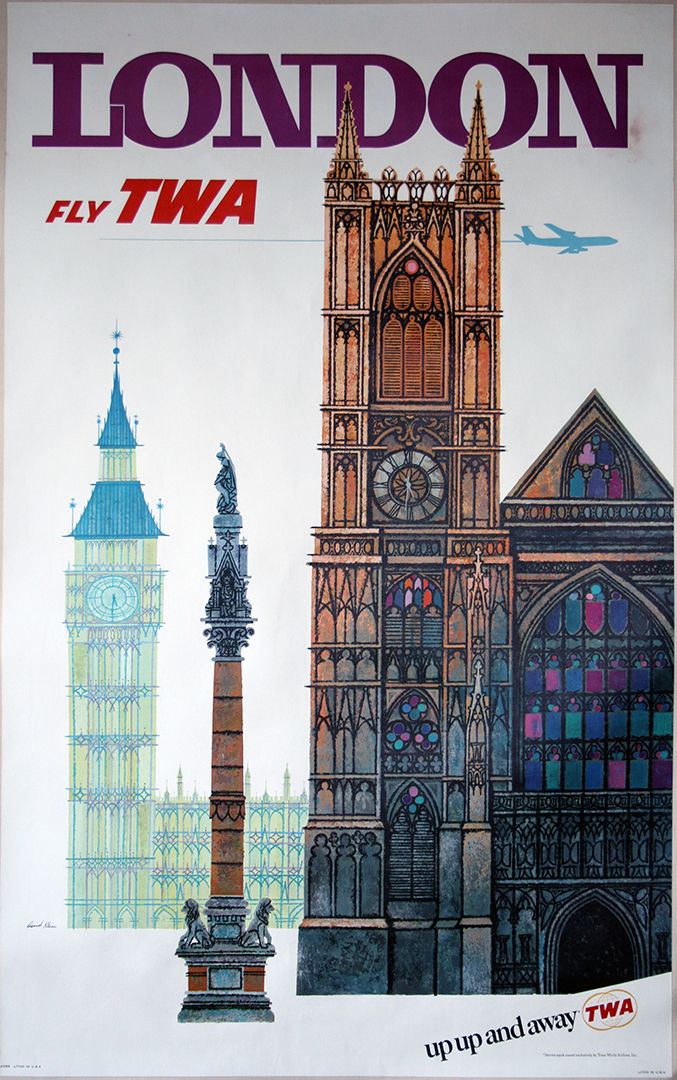 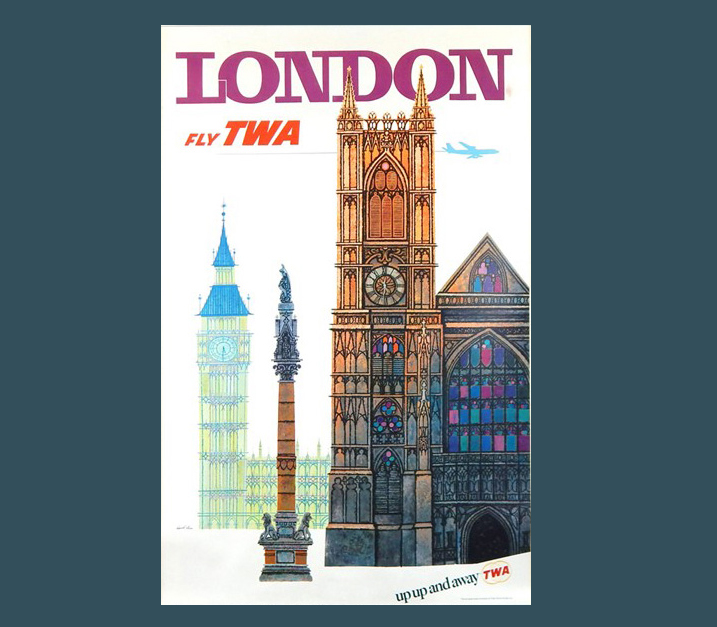 An original vintage TWA London poster, designed by David Klein (1918-2005). Produced circa 1960s, colour lithographic print. Featuring tagline “London, Fly TWA” and “Up, Up, and Away, TWA”. The poster has been conservation linen-backed. This version of the Trans World Airlines poster in larger 25 x 40 inches format.

David Klein (1918-2005) was a commercial artist, who produced some of the most iconic poster designs of the mid 20th century. Klein, began his career as a watercolour artist, but whilst serving in the army during World War II he turned his attention to poster designs (for the United States Armed Forces). Post War he worked in New York city and was a prominent designer of posters for Broadway Theatre productions.

The work Klein became most admired for however began with his illustrations produced to promote Trans World Airlines (TWA). David Klein produced dynamic images of locations which managed to combine exciting new travel opportunities with 1950s – 1960s optimism. Klein produced numerous posters for TWA between 1955 – 1965, with those for New York and San Francisco being the most recognisable. Klein’s designs have been largely reproduced over the past 10 years, this poster is a rare original poster, featuring important London landmarks Westminster Abbey, Houses of Parliament and Nelsons Column.

TWA was founded in 1930 and was acquired by legendary business man and aviation pioneer Howard Hughes later that same decade. The airline became hugely successful, particularly post war and their fleet expanded to offer passengers flights across the globe. Poster design and advertising illustration were vitally important in relaying to customers the possibilities and destinations available with this new mode of travel. During the 1960s Hughes relinquished his control of the airline, but they continued to be successful and one of the major American airlines of the period. Financial problems during the 1980s and throughout the 1990s lead in part to the eventual closure of the company in 2001.

Condition Report: Very good condition, some discolouration to edge of ‘London’ lettering. This poster has been conservation linen-backed to preserve the condition.